In part three of a five-part series, Polygon evaluates the state of the mobile game industry.

This is the third part of a five-part series on the state of games, written by the editors of Polygon, following Monday's "State of AAA" and Tuesday's "State of indies." Parts four and five will be published later this week. The entire series will be re-published in total on Monday. - Ed

Four years ago, the state of mobile gaming changed forever with the launch of Apple's App Store. Where one company forges success, other companies build inroads.

Today, Apple is no longer the only game in town when it comes to killing time during your morning commute. Just about anyone with a phone, be it Android, iOS or BlackBerry, has played a game at one time or another. Mobile gaming is undoubtedly on an upswing with every year bringing new trends and changes to the marketplace.

This year is no different, with major shifts coming in the way people think about free-to-play games, social networks and game controllers. 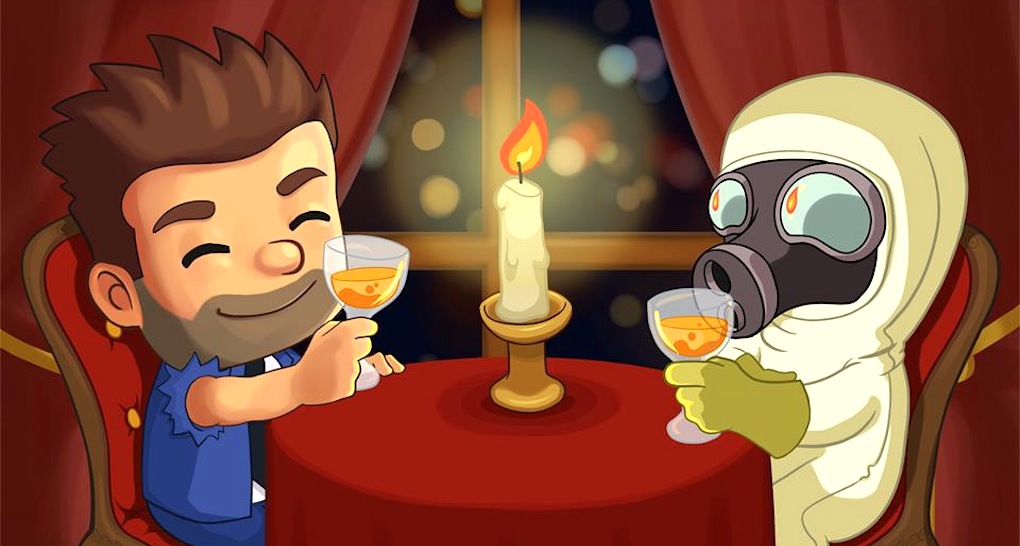 When the App Store launched in 2008, developers had a tough time figuring out what price made sense in the marketplace. For years, games were drastically undervalued in an attempt to garner more downloads and push a given game to the top of the charts. The 99 cent game was king.

And what's the only thing that's more popular than spending a buck? Spending nothing. The concept is simple: provide the base game for no cost but allow players to purchase in-game upgrades or currency with real-world money.

Developers of DragonVale and Tiny Tower, two popular and profitable free-to-play games, were able to get not just a single dollar out of consumers, but oftentimes five or 10 dollars from impatient users trying to speed up the building of their village or skyscraper. 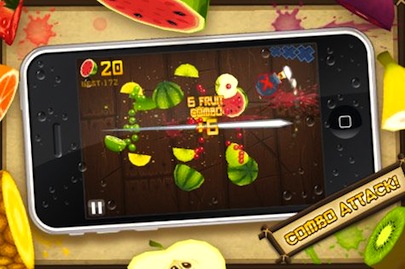 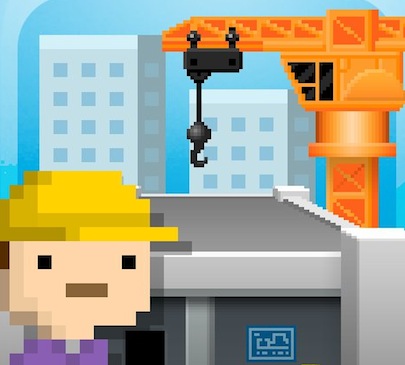 The demand for free-to-play games and post-purchase downloadable content has only increased in recent years. A study conducted by Information Solutions Group in May of 2012 determined that "four out of every ten dollars spent [on mobile games] was for additional content and/or in-game currency."

It's not just dedicated free-to-play developers that are are jumping on this trend, either. Halfbrick, a company that made millions selling copies of Fruit Ninja across a number of platforms, recently made one of its other titles, Jetpack Joyride, completely free-to-play — with optional in-game currency purchases, of course. And while Fruit Ninja remains a dollar on most platforms, Halfbrick introduced in-game currency purchases to that as well. Following the initial investment, it wants to make sure that the most dedicated continue to pay out in additional tiny increments.

While everyone going free-to-play seems like a trend that would only benefit consumers, there are concerns about what the free-to-play category is doing to gaming as a whole. More and more we're seeing free-to-play games that give players two options: grind for hours to get better abilities or pay out and remove the monotony. Some developers, like Halfbrick, have found ways to make that grind more fun, but other developers simply focus on creating addiction loops: skill-less activities that produce a stream of meaningless rewards. Games that people play as a means to an end rather than a measure of skill or fun.

So long as this model of addictive, mindless free-to-play games remains as profitable as it has been, there's concern that traditional, skill-based games may become less and less appealing to developers and publishers of mobile games. 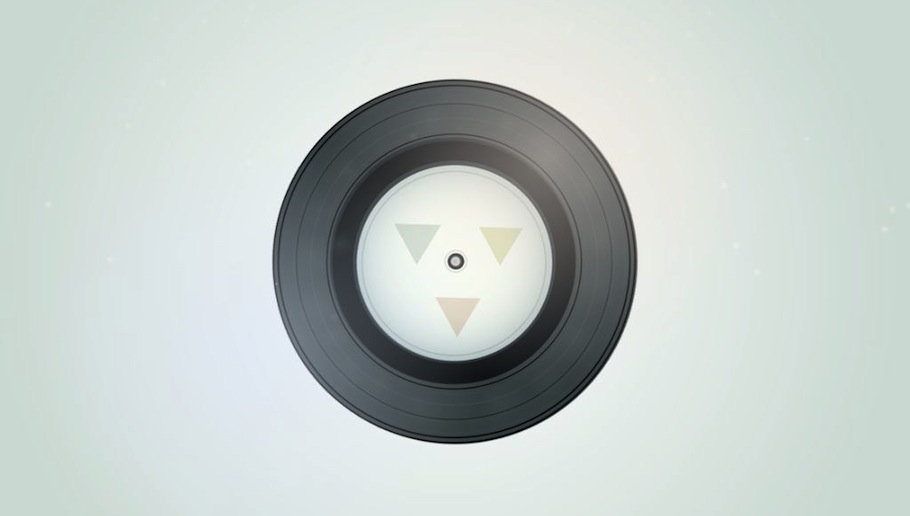 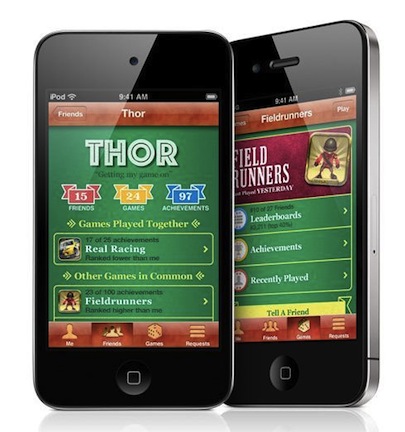 TWhen gaming blew up on mobile in 2008, it came as a surprise to many. One feature that gamers wanted was an Xbox Live-like experience on mobile devices, letting them keep track of friends, earn achievements and compare high scores. Unfortunately it took nearly two years for Apple to release Game Center, and Google still hasn't delivered a similar service on Android phones. In that time, other companies like OpenFeint and Chillingo have jumped in to fill the void, releasing their own social gaming services on mobile.

On iOS, the launch of Game Center severely decreased the demand for competing services. After all, who wants to keep track of multiple logins and friends lists?

But a recent phenomenon has started to develop among AAA gaming publishers. Rather than use Apple's Game Center, publishers like Electronic Arts and Activision have been developing their own social gaming services. While gamers might bemoan the prospect of yet another login to remember, publisher-specific social networks make sense from a business perspective. EA's service, Origin, allows users to track progress and friends lists across Android, iOS, PC and console, whereas Game Center support would just be limited to iOS and Mac users. Activision recently revealed plans to provide a similar service to its mobile games lineup. Any hope of a unified mobile service akin to Xbox Live seems to be out the window.

Microsoft just announced Windows Phone 8, the next iteration of its mobile operating system. Until now, gaming on Windows Phone 7 devices has been hindered by two problems: tardy releases (some games launch a year or more after coming out on iOS) and high price points (often double or triple the cost of the same game on iOS or Android). In terms of market share, Windows Phone devices are less than 10%. That may change with the launch of Windows Phone 8 later this year, but until we see Microsoft pushing a stronger, more competitive gaming line-up, we remain in wait-and-see mode.

MOBILE CASE STUDY: WHAT ABOUT ANDROID?

Why is Android such a challenge, what needs to happen before Android becomes a viable distribution platform and why is Apple doing it better?

Android has proven itself to be a very viable marketplace for mobile games - there's cool shit being made and money being made off it. However, I believe it will play second fiddle to iOS for the foreseeable future due to the challenges it presents small developers, who are the lifeblood of mobile gaming.

I believe Android to be a challenge for three main reasons:

First and perhaps foremost is the sheer number of varied devices to support. I've had a hard time getting an exact number of just how many different Android phones & tablets exist in the marketplace, but it's clear the number is high. Some have larger screens, others have faster processors. Some have gyro, others don't. Each has different UI depending on the device manufacturer. All of this adds up to one thing: very little development fun. We spent our early years making pre-smartphone mobile games and we learned to loathe multiple SKUs - but unfortunately, Android has not shared our disdain. Apple, on the other hand, has kept device differences to a relative minimum, meaning that more of our budget and more of our teammates' time is spent making games (and having fun) rather than porting and testing [games].

The second challenge is the Android storefronts. Devices come with Android Market, but competition abounds and there are many other stores to support. Just like with device variances, the more stores you have to deal with, the less fun is had and the less time is spent making games. Amazon has a store. So does Vodaphone, Verizon, Samsung and LG. There's a CNET store and GetJar, and another 20+ after that. Add to this the somewhat egregious terms a popular store like Amazon demands of developers and you have a recipe for store-related headaches. While on iOS a feature can mean a boon, on Android getting featured on a mid-range store may only mean a small bump. Don't want to launch on all stores? Some Android Stores are locked by device makers, meaning you run the risk of missing a whole class of devices. Even thinking about the updating process makes me feel a little barfy. All in all, the lack of a central, easy-to-use (and fair-termed) store for games is a real challenge for Android.

The third issue is one of developer mindshare. While the other two are very tangible, this one is a bit more nebulous. At this point in time, every independent developer and/or small studio is thinking about or actually developing an iOS game - everyone from first timers to proven devs like Jonathan Blow & Team Meat have their eyes on iOS. Developers everywhere have seen the success of Andreas Illiger, Nimblebit, Halfbrick and heck, even our own (much smaller) success with #sworcery and probably considered making something cool that could potentially find a market large enough to resonate. Owners play lots of games on iOS, and despite all the talk of free-to-play domination, the pay-per-download market still has legs too. Android's challenge is to somehow hold the same mindshare that iOS has in the developers' cranium ... and I have no idea how you win that fight. When small teams are picking the platform of their next pay-per-download or free-to-play game, the big creative and financial successes that pop up are almost assuredly iOS games, meaning Android runs the risk of being a port-based platform and lacking anything that convinces developers to go there first.

It's nearly impossible to explain my thoughts on Android without sounding more than a little hate-y and quite fanboy-ish; however, I really believe in the positive benefits of multiple forms of distribution, specifically for independent games. I would love to see Android accept and rectify these challenges, as I believe it will benefit all mobile game devs.

CONSOLE MAKERS SHOULD BE TERRIFIED RIGHT NOW. APPLE IS ABOUT AN INCH AWAY FROM BLOWING THE GAMING MARKET AT LARGE WIDE OPEN.

THE CONTROLLER TO WIN THE CONSOLE WAR

Console makers should be terrified right now. Apple is about an inch away from blowing the gaming market at large wide open.

Imagine this scenario: Apple designs and sells a traditional, physical controller in the style of the 360 gamepad or the PS3 Dual Shock. (Should be easy. After all, it's already been rumored, and iCade as seen below has taken steps in that direction.). iOS devices can already connect to a TV, so the only thing keeping iOS gamers from playing from their couch are the number of games that don't work well on a touch screen. Toss in a physical controller and suddenly a wealth of action/adventure and FPS titles flood the market (all at a price of a dollar or two). 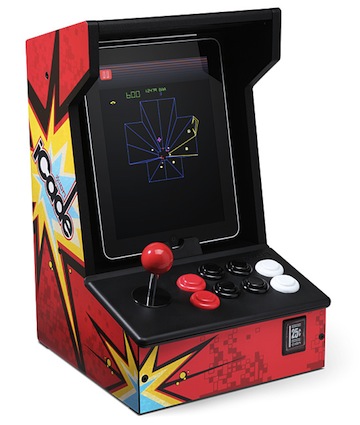 If a casual gamer felt like they could get a console-style experience just by purchasing a $50 controller and plugging in their iPhone or iPad, would they really think about tossing down $300 for a true gaming console? Maybe not.

I'm not saying that Apple would win the war against Microsoft, Sony or Nintendo, but it would certainly shift the market. After all, when Apple's able to offer games that cost a dollar instead of 60, that makes for some stiff competition.