The War Games of Halo 4

Halo 4 is at E3, and we've spent time with multiplayer and Spartan Ops.

Share All sharing options for: The War Games of Halo 4

While 343i has already silenced many naysayers with an impressive Halo 4 single-player reveal at this year's E3, for many, Halo games are about one thing: multiplayer. Multiplayer has always been the source of Halo's longevity, and while 343i is conducting a bold experiment with their ambitious Spartan Ops DLC program this fall, for most, it'll be competitive multiplayer that keeps Halo 4 off of Gamestop's used shelf in January of 2013.

There are sure to be heated arguments about the purity of Halo 4's experience amidst some of the changes present, but once you have your hands around the controller, keeping them there and playing even more will probably be your only concern.

The most obvious change is context — multiplayer has been rechristened War Games and set in the story of Halo 4 proper. Taking place on the UNSC Infinity, War Games represent Spartan IV training exercises, neatly tying back into the red-vs-blue simplicity that Halo has always carried with it.

Technical differences are more substantial. Halo Reach suffered from performance issues in multiplayer that would often cause the game to stumble at the most inopportune times. That does not appear to be a problem in Halo 4. Halo 4 never stuttered during my time with it, and the controls remain as tight and responsive as they've ever been.

The more refined visual presentation will be more noticeable to many. While Reach was a great looking game, the "temporal anti-aliasing solution" caused some strange blurring and loss of detail. Varying reports suggested that some players even suffered from motion sickness courtesy of this visual effect. Halo 4 meanwhile is a very sharp game. The idiosyncratic AA solution is gone, but the higher resolution and more traditional anti-aliasing method result in a cleaner looking game than any Halo game on the Xbox 360 has managed.

Halo 4's new lighting engine is gorgeous, painting light across the map in a more natural, refined way, but it might force an adjustment period on some Halo veterans. As I was playing Halo 4 at Microsoft's event last night, I noticed that Spartans don't pop through the environment at long range the way they used to — they blend in more, particularly in free-for-all matches where a Spartan's custom color scheme is visible (rather than being relegated to the red-vs-blue traditions of team play). 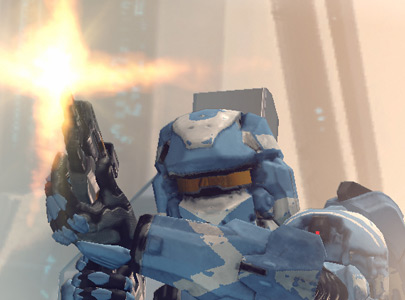 SPARTANS DON'T POP AT LONG RANGE THE WAY THEY USED TO 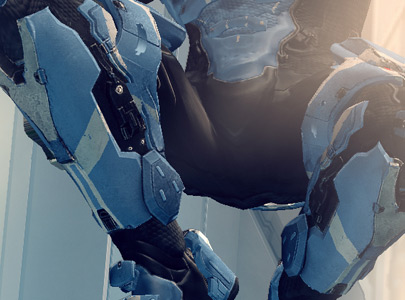 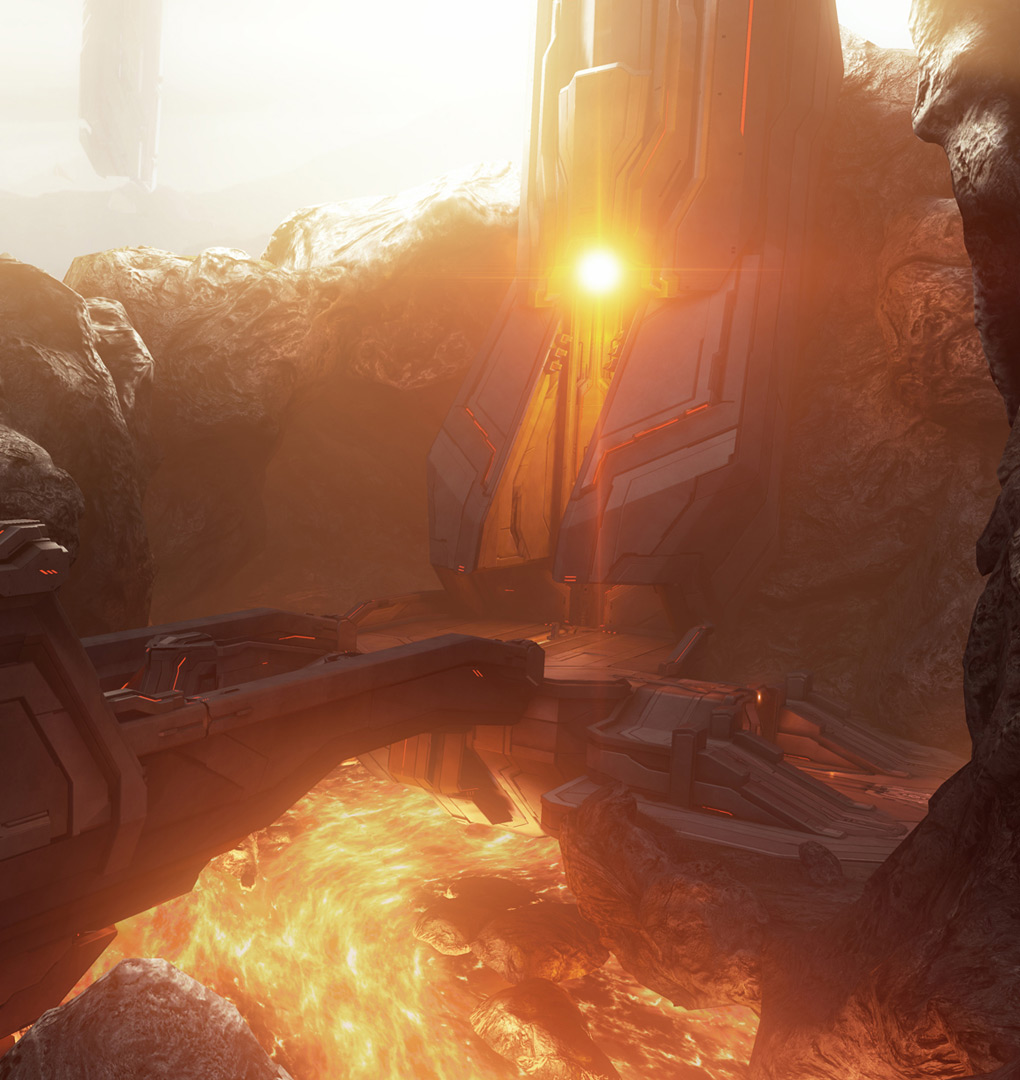 By Ross Miller and Dave Tach

In a closed-door meeting, longtime Halo veteran Frank O'Connor likened the new Spartan Ops mode in Halo 4 to ABC's island-obsessed TV series Lost: episodic content that would create a "watercooler effect," with one "story" each week spanning five levels with 15+ minutes of content.

O'Connor promised these levels would be entirely new — not taken from the campaign, although general locales will still be familiar — and over the course of the season would be about as long as a full Halo campaign. The season will last "months - not weeks" and will launch November 6th, the same day as Halo 4, free with the standard edition.

Set six months after the events of Halo 4, there will be some spoilers - at least "one big spoiler," in fact, for the main campaign (we'll try not ruin that for you just yet). If you "miss" an episode, it'll still be available to play for the foreseeable future — good thing, since co-op or solo, Spartan Ops' campaign must be played in order.

The demo at E3 is the fifth level of the first episode, an early build with some placeholder graphics for the between-mission cutscenes. It's the same one seen in this week's new video, so feel free to live vicariously through that(continued below). 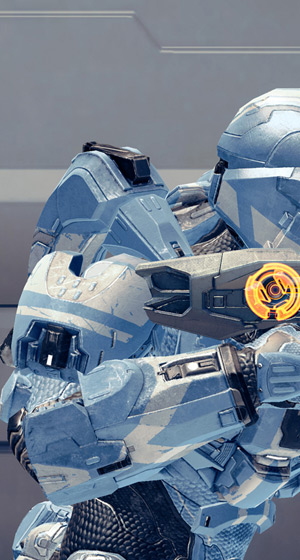 I don't know how this will effect competitive balance in the long run, but it could be a reaction to the improved radar functionality in Halo 4. It seems initially like a minor thing, but the simple addition of up or down arrows to the red dots representing the competition make proper situational awareness easier. Other user interface changes also made Halo 4 feel more approachable, including indicators on the display showing weapon locations. Everything is clean and readable and seems designed around providing information quickly.

The change most likely to stir controversy is quick spawning. Where previous Halo titles required a countdown of at least five seconds to get back into the fight after a death, hitting "X" instantly drops you into a random spawn point farther away than waiting for the still-in-place timer to count down otherwise would. As a less patient player, perhaps, I always spawned right away, eager to keep playing, and this should also help players learning the landscape of Halo 4's mix of old and new elements stay engaged. 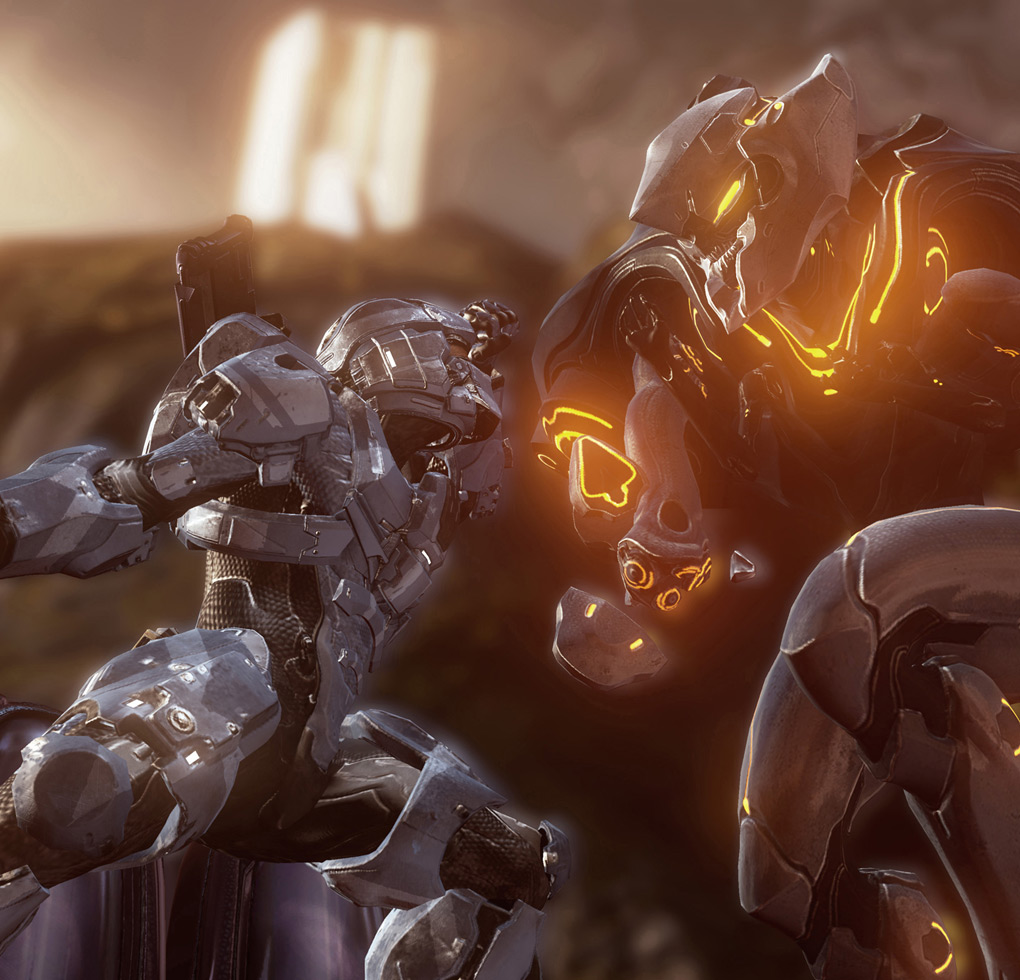 Our first foray into Spartan Ops began with a placeholder cut scene following Majestic Squad, a team of Spartans stationed aboard the UNSC Infinity.

The level on display stressed a mix of light objectives amidst wave-based combat similar to Halo staple Firefight. Instead of holding ground, however, you progress toward a goal driven by Spartan Ops’ continuing narrative. As each wave ends, you unlock a new area and plod ever-closer to your goal.

Ammo is scarce, which incentivized conservation and experimentation. Survival is dependent on scavenging weapons from the fallen and the hunt for Forerunner-based weaponry.

The final — and most difficult — section pitted Majestic Squad against the orange-hued Prometheans, a "defense AI" according to Cortana in the trailer released at E3. The Prometheans divide into squads that effect their tactics. According to 343 Industries, the Prometheans behave are governed by entirely new AI and quickly proved formidable.

Overall, Spartan Ops felt competent, if not exactly exciting. What we played was a narrow slice of Spartan Ops' potential, but things felt a little rote. We'll have to wait for more to come to any conclusions.

I played on two previously revealed maps, Warhouse and Wraparound, as well as a newly unveiled arena called Frostbite, which has a vehicle emphasis (and lots of great opportunities to hijack the Ghosts of reckless players eager for splatter kills). Warhouse is the archetypal Halo tunnel map, with a central area featuring a giant mech surrounded by several levels of passages. The new hud and radar indicators are a godsend in modes like Regicide, a Slayer variant that puts a point bonus on the match leader that increases with each unanswered kill they score - which also underlined the emphasis on points over kills in the modes on display in Halo 4. This could radically change the play behavior of the audience, assuming teams play to win, rather than going the lone wolf route.

Wraparound is similar to Narrows from Halo 3, in that there's a primary bridge structure in the middle of the map, but it's flanked on either side by a circular structure winding around on multiple levels. There are man cannons and grav lifts scattered throughout as well as more conventional winding ramps. It felt like a mix of some of the better elements of Longest from Combat Evolved and Narrows — navigating the various levels and monitoring points of egress from section to section is broken up by long uninterrupted views of the other side of the map. There were great moments where I watched a teammate fire the new sticky detonator into a corner, waiting for the red dots on his radar to move into position before hitting detonate and wiping them off the display like flies on a windshield.

The addition of sprint to every Spartan loadout helps to cover ground and get the fight going more often, and frees up space to experiment with new loadout options like a projected shield, and perk-like additions such as a vision mode that sees heat signatures through walls, or allows you to pick up ammo from downed foes. There's an emphasis on things happening, rather than extended periods of players searching for power weapons — at least for now. How the community chooses to play when Halo 4 launches this fall is always up for debate, but as it stands now, Halo 4's competitive multiplayer is already something pretty special.