Developers of Cinderella visual novel open up about what worked, what didn't

Share All sharing options for: Developers of Cinderella visual novel open up about what worked, what didn't

While developers are often open with the successes of their games, it's not often that they share the things that went wrong. MoaCube, the independent Polish studio behind the serious take on the Cinderella Story, Cinders, has gone against the grain and shared its stats in the hope that it will help other developers.

Speaking to Polygon, MoaCube's Tom Grochowiak said that the team behind Cinders decided to be transparent about their development process, where they did well, and where they fell short simply because they can.

"We worked for several years in the video game industry and I was really sick of all the secrecy, the empty marketing talk, and non-disclosure agreements," Grochowiak says. "Even when I was participating with the community, I could never really tell the players what's what. I always had to circle around it.

"The ability to be open and honest with your audience is one of the biggest advantages indies have over large companies, and it's crucial to building a fan base," he says. "That feeling that there's actually a living person making these games and trying to make an honest living from it, that it's not some faceless construct with a PR department for a mouth – it's very important."

CINDERS AND THE DEFINITION OF SUCCESS

Cinders was released in June of this year. The visual novel – a genre of game that plays like a choose-your-own-adventure story – received a positive critical reception. But as Grochowiak documents on MoaCube's blog, media attention does not necessarily equate to sales, and the idea of success will differ from developer to developer and from game to game.

In its first week, Cinders sold 300 copies, shipping an average of 40-50 copies a day before dipping to 20-30 copies a day. In this week, the game made almost $6,000, which may seem low compared to the earnings of better-known indie games, but Grochowiak says that the context of the game and its earnings need to be taken into consideration. For example, the average gross salary in Poland is approximately $1,200 a month. The team would have had to sell 1,000 copies for the game to be considered a success, while 2,000 direct sales would be enough for the game to be considered a commercial success. 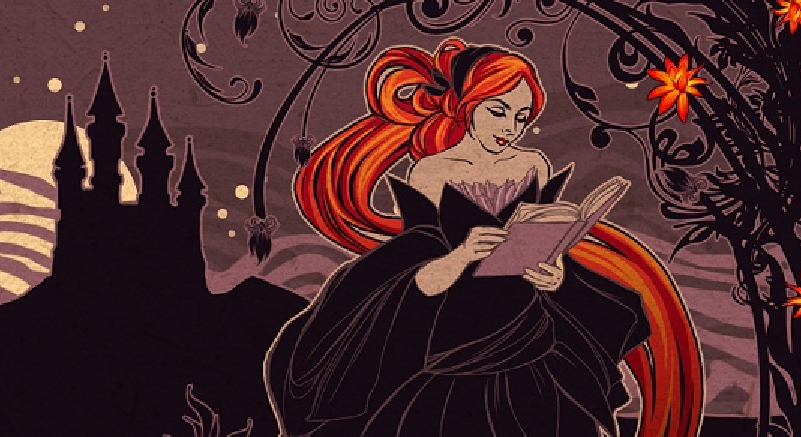 The other thing that Grochowiak says needs to be taken into account is that Cinders is a visual novel, a genre that isn't as popular as shooters, platformers, and puzzlers.

Grochowiak says that the genre coupled with the Cinderella theme also earned Cinders the label of being a "girly game", which made it more difficult to promote. And Cinders is a bit of an oddball. It's a beautifully painted 2D game that features art nouveau-inspired images and characters saturated in rich colors. It borrows from the Cinderella story, but instead of regurgitating the same tale of a woman who is rewarded with marriage by holding her tongue and doing as she is told, Cinders delves into the lives of the women in the Cinderella story. Rather than paint Cinder's stepmother and stepsisters with the same shallow brush, the game explores their personalities through in-game conversations. Playing as Cinders, players can ask questions that reveal the characters' motivations, fears, strengths, and weaknesses. 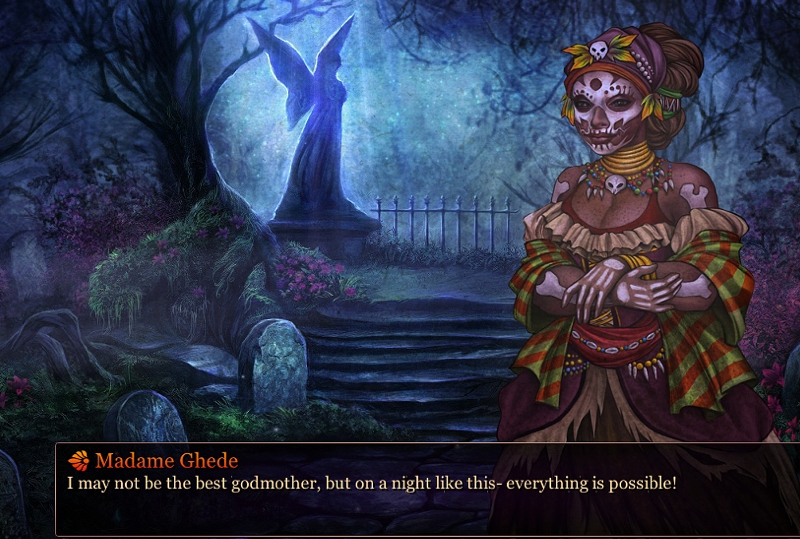 "The cultural relevance is another interesting aspect," Grochowiak says. "Cinderella is a story that we're constantly retelling as a culture; a story we love to hear, and it strongly affects the way we see our world.

"Isn't the whole American Dream, the whole from-rags-to-riches thing, just another retelling of this fairytale? It's a great background for a tale about growing up and leaving our idealistic but childish worldview behind."

The result is a game that challenges fairytale archetypes, leaving the player unsure about how they feel about the characters. Cinders isn't the docile and sweet character she appears in the Disney film. Rather, she's an active protagonist who has a personality. The women in Cinders aren't either all good or all evil, either – sometimes they're sympathetic, sometimes they're petty, often they're curious, and occasionally they're cruel. And this, Grochowiak says, isn't an easy thing to sell.

"All in all, it's very hard to promote a visual novel to anyone outside the small circle of existing fans, even if you specifically want to make something different from the rest of the genre," he says. "When we started working on Cinders and posted it on visual novel-oriented forums, we were afraid that people were going to hate it.

"It's not anime, it's not aimed at anime fans, and it doesn't really use any of the established clichés and tropes of the genre. We thought we were going to stick out like a sore thumb," he says. "But that audience actually welcomed the game very positively and was the most open to trying something different."

THE FUTURE AND MORE VISUAL NOVELS

Cinders may not have been the raging success that MoaCube hoped it would be, but Grochowiak believes it performed well enough to spur three more projects that are currently in the works. Some of these games will be visual novels, some won't. They might be more successful than Cinders, but no one can really say. Regardless of how it performs, MoaCube will continue to be transparent with their players and the development community.

"I firmly believe in the value of sharing information -– it's just very beneficial to all indie developers," Grochowiak says. "Big companies are in a constant cold war with their competition over every little 'trade secret' ... indies don't have anything to lose from sharing knowledge, on the other hand.

"So: players love it, other developers can learn from it, we benefit from it – it's a win-win situation."

Cinders is available for PC and Mac and can be bought here. A free demo is also available on both platforms.