Yoshitaka Amano is a household name for fans of the Final Fantasy series. The artist joined Square in 1987 to design characters for what would be the studio's last game. Final Fantasy was successful enough to warrant a score of numbered and unnumbered spin-offs, with Amano designing characters and creating promotional artwork. After Final Fantasy I hit shelves in 1994, Amano stepped down as character designer to turn his attention to other projects, but continued to produce artwork for the series.

In a quiet little room tucked away in a corner of New York Comic Con, I sat down with the man whose unique art style is an unmistakable hallmark of Square Enix's role-playing series. This week Dark Horse Comics will publish Sky: The Art of Final Fantasy, a massive tome containing every piece of artwork Amano has drawn for the series.

"Fundamentally, it encapsulates my entire involvement with Final Fantasy, from Final Fantasy I to X," Amano said through a translator. "It contains a lot of roughs and designs you wouldn't otherwise see, things that weren't used and things that at the time I was a little embarrassed about showing. It has everything that I've put together—rough drafts of characters, scenario sketches, things that I normally wouldn't show. A lot of it is stuff that wasn't used at all."

When Amano was designing characters for the earlier 8-bit and 16-bit games, he would draw basic designs for use in-game before adding his signature multiple-accessory flourish to the box art versions.

"When people look at the 16-bit characters and earlier iterations of these games, we know they don't look like real, engaging, compelling characters," Amano said. "But my artwork came with the box and showed this characters in great detail. Even though they play with 16-bit characters, inside their head players see these beautiful characters like the ones I draw.

"I don't think there's a minus point about 16-bit or basic older games, because people who play these games have that fantasy world inside of them anyway," he added, noting that a gamer's imagination is a powerful tool in exploring and connecting with games. "They create these beautiful images in their minds."

Part of what makes Amano's artwork so iconic and recognizable, especially for fans of his artwork who cosplay, is his larger-than-life use of accessories. Beads, belts, and waist scarves in smears of bright color cling to the characters he draws. Headbands sport zebra print patterns, capes are elaborated embroidered and beaded, and every inch of each costume is crammed with the most minute detail.

Amano replied that his loving obsession with detail was a reaction to being asked to draw simple characters all day.

"They put me in the studio and made me draw character designs all day, and they wanted the designs to be as simple as possible, without a bunch of jewelry or five gloves and scarves and all that," he said with a laugh, acknowledging his tendency to over-accessorize. "I think it was a natural, unconscious reaction to all those days drawing simple things.

"‘I want you to make these characters simple,' they would say," he continued. " And as the years went on, those chains of creativity were lifted off me and I just went absolutely crazy. Suddenly I was drawing 18 necklaces on everyone. It was a natural byproduct of being told to draw simple simple simple characters."

"Honestly, the less you have the better," Amano answered when I asked him jokingly what the optimum number of waist scarves is. "But when it gets cold you might have to wear a couple more!"

The Final Fantasy community adores its cosplayers. At Square Enix's booth on the Comic Con show floor cosplayers were constantly voguing on the little stage set up at the front of the booth. Many created outfits based on Amano's artwork, beautifully cluttering themselves with belts and baubles and calling it "Amano style." 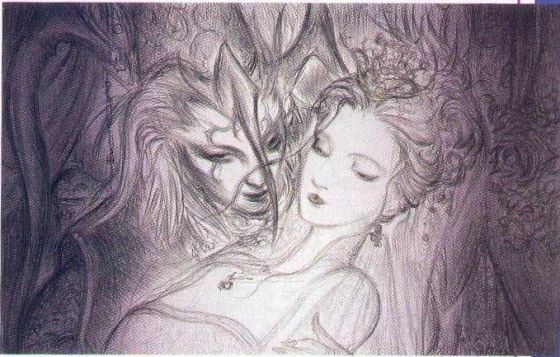 I asked how that feels, seeing what these other artists take from his work, and Amano paused for a long moment before continuing with a smile.

"If you see my characters, I draw them differently every time," he said. "Take my work on Vampire Hunter D for example. No two pictures are alike. Sometimes he's more slender or his hat changes. It's great because the cosplayers can then evolve and make their costume into something that they personally like.

"I've never drawn D the same twice, and it's different with every cosplayer I see," he added. "Every cosplayer's outfit of that character is perfect because there is no one pure iteration of my characters. I like that fans feel they can adopt my characters and still call it my design."

Amano said that his fans in both Japan and the West react to his designs the same way. The cultural barrier has melted away, and his art has been a big part of bridging the gap in the series' community between the two hemispheres. Amano calls is a "shared culture," noting that it's wonderful because in generations past, this kind of unity between Japan and America was different.

The artist looks back on the Final Fantasy series with fondness. Although the changing of the guard happened nearly six years ago when Tetsuya Nomura stepped up to take over design, Amano still feels he has some influence on the series' creation. Technology has changed what the games are, with more emphasis on combat systems and customization mechanics.

"One of the things I've noticed since the Uematsu and Nomura years, since Final Fantasy X, is how technology has affected what they do with the game," he said. "Before it was a little more story and art-oriented, and now it's broken the fourth wall and used newer technology to create a different experience. The technology plays a lot more of an involved role than it did before Final Fantasy X. 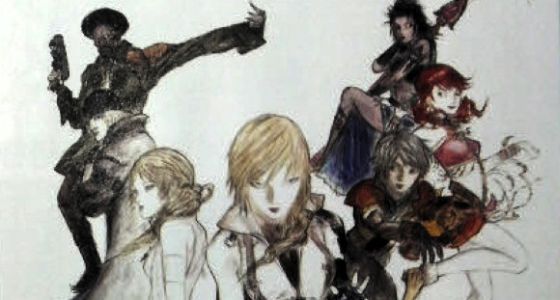 "Even if I'm not drawing the characters for it, I feel like they all kind of look like I drew them anyway," he added, and we both laughed. "Not to sound rude or anything. I feel like in a way that, even if I'm not involved in the production of the game, like I'm not on Final Fantasy XIII and XIV."

Amano did produce artwork for Final Fantasy XIII, but just to see how it would look like to draw Lightning and friends in that world. But his soft spot when it comes to Final Fantasy favorites lies with the heroine of Final Fanatsy VI and a certain tiny white creature.

"I feel like Tina Branford and the Moogle are the most fun to draw," he said. "When people come up to me during a signing and ask for me to draw a Final Fantasy character, I always wind up doing one of the two of those. Those two are what just subconsciously come out on the paper."

Amano isn't working on any big projects right now, but continues to draw recreationally. His inspiration comes not from a single person or thing, but from what he thinks of as an endless well of creativity inside of him waiting for certain catalysts to tap it.

"As I'm drawing, I'll do hundreds of thousands of drawings and maybe two will be good, but that's just what comes out," he said. "It's like drawing a card out of the deck, you don't know what it's going to be, you just sit down and do it. And as I draw and draw and draw the inspiration wells up inside.

"I came to New York and I've taken in a lot over the past couple days, he added. "When I go back home, who knows, something from NY might influence me and it might just appear on paper."