Share All sharing options for: Age of Wushu brings ancient Chinese tradition to life, lets you dabble in human trafficking

Chinese developer Snail Games' upcoming massively multiplayer online game, Age of Wushu, is steeped heavily in Wushu martial arts tradition, from community politics and attitude down to each nuance in the way of life. Presenting a world like that found in the popular film Crouching Tiger, Hidden Dragon, the game draws from the Chinese tradition's folklore, elements the game's developers grew up with.

Age of Wushu is set during the Ming Dynasty, with players entering a school system devoid of traditional MMO class and leveling systems. Players sign up with one of eight kung fu schools when they begin. Some are male or female specific and can be good or evil.

Each school has a certain set of internal skills unique to each school. Players can also adopt skills from other schools by stealing skill books from others or finding them through quests or in battle. Picking up pages scattered throughout the world and taking them to a calligrapher character to compile will also yield a skill book. 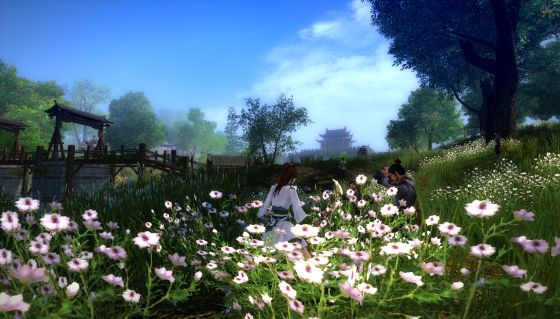 There is no "leveling up" in the traditional sense, with individual skills leveling up rather than the player as a whole. As internal skills are honed, base stats like HP will rise as well.

"We equate it to the ancient creation of martial arts sects," content generation lead Tyler Rawlins told Polygon. "Judo was created because people loved certain styles of kung fu, and it was created from adapting certain skills and adding in a little bit of tai chi as well."

The interesting thing about Wushu is that offline players become NPCs. You can interact with them, and even kidnap them for money.

Offline players can be kidnapped by other players with higher stats, then sold for money depending on their status or power. When the kidnapped player signs back on they will be disoriented and have a status debuffer on for a few hours. Sometimes, if they have been sold into servitude, they have to buy their way out.

If other online players see, they can try to stop the kidnapper, since only offline players can be kidnapped and if their stats are low they'll be helpless. If your stats are high enough and someone tries to kidnap you, the kidnapper will be paralyzed for a few minutes.

"You can choose to be good or evil, and some schools want you to be evil," explained Rawlins. "Reputation within schools can decrease if you do something like this. Your actions have an effect on your community as well as your identity. We though kidnapping and human trafficking was a good way to offer to tip that scale.

"One time I logged back in and my character was at the pharmacy," he added. "And the pharmacist was giving me this look. A popup said, ‘You've done some questionable things while you were offline.' It's really kind of funny." 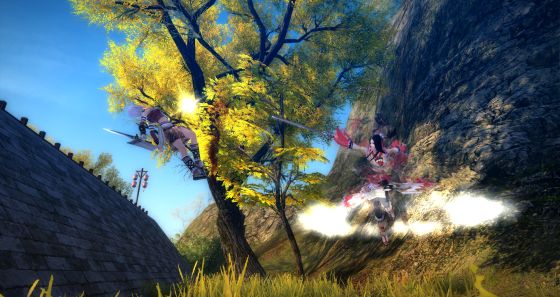 Achievements, obtained based on player behavior, earn titles and outfits. The achievements in Wushu create an identity system. For example, if you make lots of in-game friends you could have the tag "Friendship Finder" over your head. If you kidnap and murder, or help out with bounties, that will signify to others that you are dangerous and not to be approached. For schools you can master crafting skills and earn titles based on profession.

Players can participate in player-versus-player events, and wars between the different schools and guilds. You can patrol and spy on other schools, or take on NPC escort and bounty missions to earn skill points.

The game will be free-to-play, but a paid VIP service and microtransactions will offer vanity items like costumes and other aesthetic pieces.

In a world of thieves, beggers, mercenaries, and quiet do-gooders, the Age of Wushu offers players the chance to become a hero or villain of ancient lore, each decision they make having a ripple effect on the in-game world. The game is historical in nature, not fantastical, as Rawlins made the differentiation.

"Other games do have that magic, like minotaurs and other creatures and spells," Rawlins said. "The most fantastical beast in this game is a giant snake, and it's only about waist high. We wanted to preserve that real tradition, though we do pull from their faiytales and folklore to round out the experience."

Snail Games recruited real Wushu masters to do the motion capping for the game, including famous martial artist Jet Li.

"He's very reserved about him putting his face on something, PR-wise," Rawlins said. "It's difficult to get him to endorse anything. So for him to say this stays true to everything I believe and have grown up in, it's incredible."

So in a market currently flooded with MMOs, what does Wushu have that World of Warcraft and Guild Wars 2 don't?

"There's a huge emphasis on community interaction in this game," said Rawlins. "The game sustains itself with player participation and how those players live with each other. It's a very symbiotic relationship with between players. Even if they're being evil to you, it affects how you treat certain cities or areas or where you log offline.

"Wushu also has a very surreal yet realistic look to it," he added. "We wanted to ground the game in reality."

Age of Wushu is planning to release a 90-day closed beta program through Steam in February for those who pre-order the game. The beta will allow players to begin mastering a profession and honing skills for use in the game's release. Interested players can register now through the game's website or check it out on Steam Greenlight.