Share All sharing options for: The League of Legends team of scientists trying to cure 'toxic behavior' online

Inside League of Legends developer Riot Games is a team of more than 30 staffers trying to make the experience of playing their game kinder, gentler, more honorable and less "toxic."

Team Player Behavior, a roughly six-month-old division of Riot, has implemented measures designed to reduce toxic behavior like negative chat, offensive language, and verbal abuse. And while toxic behavior and online gaming often go hand-in-hand, says League of Legends producer Carl Kwoh, "We've looked at our own game and said 'This is not a great experience and we want to try to handle this problem.'"

"We're never going to come to a place where there's no toxicity in League of Legends," says Jeffrey "Dr. Lyte" Lin, lead designer of social systems at Riot. "We're never going to get there. But we're finding different strategies [for situations where] if toxic behavior happens, how do we shield players from it? How do we reduce the frequency of it?"

Lin is a longtime hardcore gamer, he says, a dedicated EverQuest player who has since logged thousands of games of League of Legends.

"I was doing my PhD and [Riot Games president and CEO Marc Merrill and Brandon Beck] came to me and said, for years, we've been getting griefed, trolled, and harassed. And we think that this is a problem that we want to try to solve. They said, if you came to Riot we'll give you whatever you want.

"This is a dream job for any scientist."

"We want to show other companies and other games that it is possible to tackle player behavior and with certain systems and game design tools, we can shape players to be more positive."

One of Riot's experiments in curbing negative behavior was a simple one: turning off all-player chat as a default. Players had to opt-in to it. Prior to the experiment, Riot says that more than 80 percent of player chat was "extremely negative," compared to 8.7 percent positive.

A week later, after turning off all-player chat as the default, many players still opted in, but behavior changed. According to Riot, negative chat saw a decrease by 32.7 percent. Positive chat went up, by 34.5 percent. A drop in offensive language and verbal abuse was also observed. 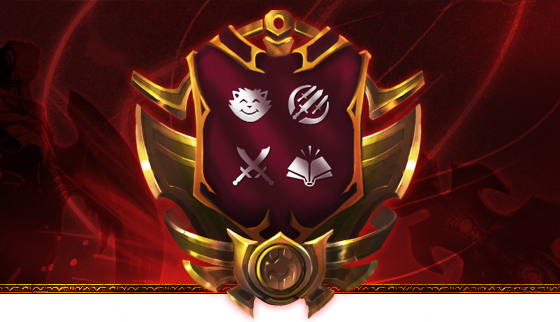 Riot has instituted other, more complex measures designed to reduce toxicity. The biggest impact, Lin tells Polygon, has come from the recently introduced "Honor" initiative. The Honor system encourages positive player behavior by allowing players to commend allies and opponents for excellence in teamwork, friendliness, helpfulness, and honor in victory or defeat.

"The average player in the game is not toxic or positive, they're neutral," Lin says. Because the Honor system allows players to praise other players for their actions "we're able to nudge them a little toward the positive."

Lin says the Honor initiative, which went live just weeks ago, is in its first phase and will continue to evolve.

"We know in psychology that a new feature will go out and gets a spike of interest, but behavior slowly goes back to normal and then habituates," he says. "We have a lot of plans to reinfuse energy into the system, but we can't talk about it just yet."

Riot Games says that its Tribunal system, which fields reports of negative player behavior, and metes out warnings and bans, is just as important in combating negativity. It's important that players get feedback on how they behave online, which is reflected in Reform Cards that document chatlogs and team scores from player reports.

"When Reform Cards went live," Lin says "I actually got an email from a 10-year-old boy who said 'Dr. Lyte, this is the first time somebody has told me that I can't say that word online. I'm really sorry and I'll never do it again.' I showed that to the team and I said 'Can you guys see the difference you're making in peoples' lives? This is not about games anymore, you guys are impacting these players ."

Lin says his team reached out to that young player with a reward, a rare skin for League of Legends, that delighted the punished player, turning his negative experience into a positive one.

Ultimately, Riot says, "what we want is for League of Legends to have the most sportsmanlike community in core competitive games."