With every expansion that changes a game radically, there's a need to consider whether it is an improvement or a devolution. Essentially, there are two main Mount & Blade games: the original, with no subtitle, and the sequel, Warband.M&B Warband has two expansions: With Fire and Sword, which is standalone, and Napoleonic Wars, which isn't standalone. 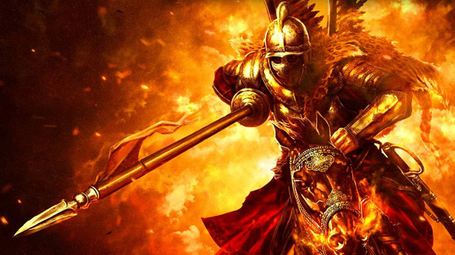 As someone who recently got into the fun of this unfortunately rather obscure franchise, I'm curious how others see it. When I bought it I planned to play the With Fire and Sword expansion pretty much exclusively - after all, medieval shootouts have to be good. I'm only realizing that the complete opposite has happened, and I'm playing Warband much more than WFAS.

I prefer it. The sound of gunplay in 1600s Europe is great but I found it wasn't as enticing to me. Being able to stop up and pop a few rounds off is fun, but the real meat of the series is in these great battles with swords and shields. I felt it detracted a lot of the fun from the game, being able to stop and pop.

I'm not saying that With Fire and Sword did everything wrong. It made one change I'm especially pleased with - real-world factions. Fighting for the Kingdom of Swadia in Warband is great but there's more of a connection for me in actually fighting in Eastern Europe, with real nations. Rather than the Vaegirs, Rhodoks, Nords, Swadians and others, you can take on the Cossacks, the Muscovite Tsardom, the Polish Commonwealth, and others.

Come to think of it, I liked the historical aspect. Sure, your character never existed during the period but you do meet people who did. For example, Janusz Radziwill was a real nobleman of the era.

So... I'd say I prefer Warband for the gameplay, but that With Fire and Sword had some great features and touches I wish had been retained in the core game. How does everyone else feel about M&B and the bigger official expansion for it?

If you haven't yet played Mount & Blade I highly recommend it, if you can handle it adequately. The games normally aren't too expensive. I scored the entire collection (that's Mount & Blade, Mount & Blade: Warband, With Fire and Sword and Napoleonic Wars) for £5.99 from Gamestop's digital download service. Check it out!