The chief minds at id Software open up about developing Doom 3: BFG Edition, experimenting with RPG mechanics in Rage, and not screwing up Doom 4

During John Carmack's QuakeCon 2012 keynote — an infamously long and esoteric annual address — the id Software engineer shared almost no details about Doom 4, the team's upcoming project which was properly announced (then promptly buried) all the way back in 2008. The overarching message of the keynote was this: id Software is working on Doom 4; really working on it, as evidenced by the dispersion of id's four-person mobile game development team, all of which are now refocusing their efforts on Doom 4. "It was looked at as something that; yes, this is fun, this is fun for the company and its entertaining and it makes money, but it's not a grand slam sort of thing on there," Carmack explained during the keynote. "The Bethesda family really is about swinging for the fences. I hope we get back to mobile in various ways in the future, but the big real aim is blockbuster, AAA titles, and for id that means Doom 4, it means that we get the whole company behind that after we get Doom 3: BFG Edition out the door, essentially everybody will be focused on Doom 4 as a project." But that raises an important question: Why spend any of id Software's time or resources on Doom 3: BFG Edition at all? If Doom 4 is a big enough priority that the four-person mobile team was absorbed to work on it, then why dedicate an entire team to a separate AAA release?

The cost of BFG Edition 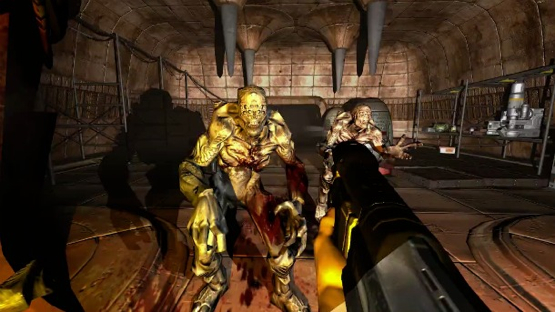 According to id Software creative director Tim Willits, Doom 3: BFG Edition didn't require as much from the studio as you might think.

"We had 14 people on it," Willits told Polygon during an interview at QuakeCon 2012. "And now we have a few more people helping, but it really wasn't much, because we were wrapping some stuff up with Rage, and then we're wrapping up on the next project. We have four level designers that worked on the Lost Mission. We have, what, six programmers, and one animator for the new project. So it wasn't much of a resource drain."

The benefit of sidelining those 14-or-so team members far outweighed the cost, according to Willits. He explained that the team wanted the Doom franchise to reach as many potential fans as it possibly could before Doom 4 reached store shelves — and that means putting Doom 3 in the hands of console gamers who may have missed it the first time around.

"You know, there's 100 million PS3s and 360s out there, this is the top of the maturity of this cycle," Willits explained. "This is the perfect time, and this is a good bridge. It's all the Dooms in one package.

"Especially the PS3," he added. "PS3, PS2, PS1 folks; they may have never played a Doom game. And there's like, 60, 70 million of those out there. That's a huge market that we need to introduce to this franchise."

"THIS IS THE PERFECT TIME, AND THIS IS A GOOD BRIDGE." 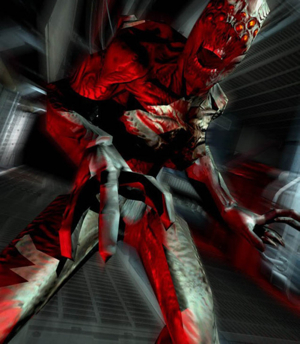 The team's desire to work on Doom 3 again wasn't entirely grounded in business. Willits explained that the remake was a labor of love, created almost entirely by franchise veterans — none of the level designers for the Lost Missions (a collection of new single-player levels that fall in the middle of Doom 3's storyline) were under the age of 40.

Of course, Doom 3: BFG Edition runs the risk of ostracizing the very groups of people it hopes to court. Its sparse checkpoints and lack of progression systems might prove to tall a hurdle for fans of modern shooters to clear. Worse still, its hastened player speed, increased ammo supplies and — most radical of all — rechargeable flashlight which can be used simultaneously with a weapon, might upset the series' hardcore supporters.

"Yeah, when we re-engineered the future for the second time, we decided to put a little flashlight on your vest that has rechargeable batteries," id Software CEO Todd Hollenshead told Polygon. "The rationale behind that really is that, it's like for people who wanted it, you can turn it on. For me, the purity of the game is that you could either have the flashlight, or have the gun, it was just a choice you had to make in the game. I think that, for the game we made at the time, that was the right decision. A lot of the gameplay was kind of built around it.

"No one's going to feel betrayed."

"So, we give you the flashlight now, so that if someone's like 'man, why couldn't they put the damn flashlight on the gun?' Well, now the flashlight's on your vest, and you can turn it on if you need it, but if you want to play it on hardcore, originally-as-intended mode, don't turn the flashlight on."

"No one's going to go to the store and go, 'Oh, what's this Doom 3 thing,'" Willits said. "They know what it is. They know what they're buying. It's not going to be — no one's going to feel betrayed. Now, if we went and made Doom 4 completely on its head, and blew the pooch on it; well, that's something completely different. But, it is what it is. It's cool, it's fun, it's a great package. If you're a Doom fan, you should probably get it. But nobody's going to feel betrayed by the flashlight or anything. If they do, they have not enough things in life to worry about."

The Lessons of Rage

"The gameplay in Rage is way more sophisticated than it is in Doom 3, and that's what you're going to see in all games moving forward." 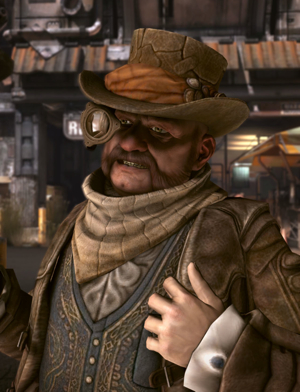 Though Doom 3: BFG Edition incorporates a few changes to make it a bit more accessible, it's still the same streamlined shooter it was eight years ago, free of progression mechanics or frequent narrative-heavy cutscenes. Those two components were ingrained into Rage — and not many other games under id Software's belt. Despite the mixed critical reception to last year's post-apocalyptic shooter, Willits is still bullish on RPG mechanics.

"We actually like them," Willits said. "It's a more sophisticated gaming experience that people really expect. And it does add some variety, it mixes the gameplay up, you have some choices. So it does make for an overall better experience when you can modify things the way you want to modify them. The gameplay in Rage is way more sophisticated than it is in Doom 3, and that's what you're going to see in all games moving forward."

Willits added that there's plenty of room for retro reboots like Doom 3 or the recently announced Rise of the Triad, but thinks the market for new titles without those kinds of progression mechanics is limited.

"If you give somebody infinite choices, then they could spend an infinite amount of time making them."

Rage wasn't just notable for its uncharacteristic components: It was the test bed for id Tech 5, the latest set of development tools for the tech-heavy company, which will also power Doom 4. Development on Rage was, as a result of the studio's drive for innovation, a process of serving two split priorities: To develop a good game, but also to refine the tools upon which the game is being built.

"That's always a struggle," Willits said. "But if you don't have companies that develop new technology, then you're stuck. I mean, id Tech powered, heck, for years it powered everything except Unreal stuff. You know, if we ever stopped trying to develop tech, even if it takes us longer, it would be a very sorry state for the industry."

"If you give somebody infinite choices, then they could spend an infinite amount of time making them," Hollenshead said. "So you have to realize that there's an amount of focus that you need to apply to certain things, and that just because you have the ability to do just about anything you want to doesn't mean that's necessarily the right choice from a development resources standpoint. Because you do have finite resources, and artists have a finite amount of time.

"I think that was one of the things as we worked on the technology with Rage was, we can put an arbitrary amount of detail into any aspect of the world, but if people don't see it, than it ends up being a bit of wasted effort. So we put more effort into where people are going to experience it, and put that into really where the traction comes from in the game."

The Future of id 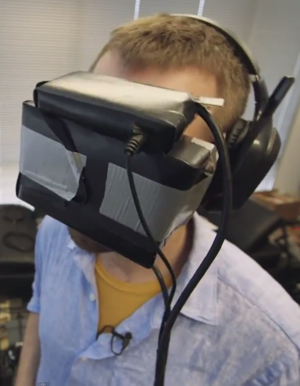 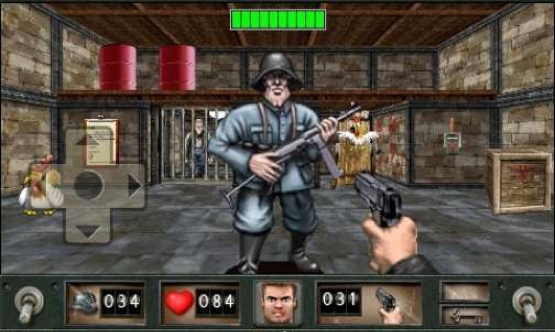 id Software is hoping players will stop and smell the roses — or the blood-splattered walls of a demon-infested space station — by putting them directly into Doom 3: BFG Edition using the Oculus Rift virtual reality display. Carmack has been experimenting with the headset for quite some time, originally building a demo for it within Rage's dusty environments.

"We were working on the Doom 3 stuff before that," Hollenshead explained, "and that was just something that, Carmack, being the tinkerer, engineer, and innovator that he is started thinking, you know, 'this VR stuff, maybe it's time to take another look at that.' I think John has some amazing ideas about not only what we can do now, but where the future of that stuff is headed."

The focus on VR technology — technology that isn't owned by id Software, remember — seems a bit opposed to the company's current all-hands-on-Doom 4 philosophy. Why does that project survive, while the mobile team, which used a minimal amount of the company's time and headcount to produce frequent App Store hits, was disbanded?

"There's a lot of potential," Willits said. "People are making a lot of money. But the big games, multi-platform, big launches: that's the target. You put out new Doom [mobile] stuff, and it sells a million copies. Which, you go, 'Oh, I sold a million copies!' You sell for 99 cents, so you get 70 cents. What's that, $700,000? And then you factor in development time, you do a little marketing — by the time you're done, yes, you make money off it, it's profitable, but it's the opportunity cost. The opportunity costs will kill you.

"Making sure that we all focus on not fucking up Doom 4 is more important than $350,000 we could make on doing another mobile version of Doom. Because, you know, one fuck-up on Doom 4 costs tens of millions."

Regardless of whether or not that's questionable math, it's definitely an unquestionably bold strategy — and an uncommon one in today's games industry. While other companies are diversifying their release portfolios and hedging their bets by throwing millions at social and mobile development, id Software is effectively doubling down on a genre and franchise that outdate those trends by more than a decade. According to Willits, that strategy's not going to change any time soon.

"We have Quake Live, [Doom 3: BFG Edition], we haven't forgotten about Rage," Willits said. "Heck, we haven't even finished the tools yet. We're just busy, and you can't just go hire more people. You've gotta hire the right people. And if you get too distracted — if you get Matt Hooper, and Jan Paul, and Robert Duffy, and John Carmack all focusing on an iPhone game? You are blowing your money. Your opportunity costs are killing you." 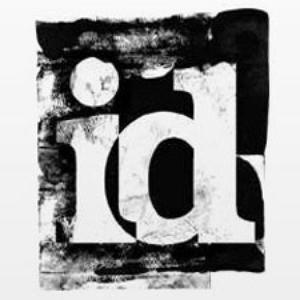