The Secret World brings a host of new ideas and strong narrative to the MMO space, but struggles to nail its fundamentals.

The Secret World is Funcom's rumination on what it would be like if MMO development was taken over by Neil Gaiman. As with the studio's 2001 release Anarchy Online, Funcom has slipped hemlock into the cup of orthodox design choices.

Funcom's deliberate departures result in the most aggressively different MMO on the market. The Secret World is an MMO-cum-puzzle game that tunes out the tired renaissance faire settings and swaps it for something a little more alternative.

The Secret World departs from more typical MMO settings, unveiling a realm where myths and urban legends reveal themselves in the streets of London, New York, Seoul, Egypt, Middle America and elsewhere.

"Everything is true," reads the tagline. This blurring of fiction and modern life forms the basis for The Secret World. 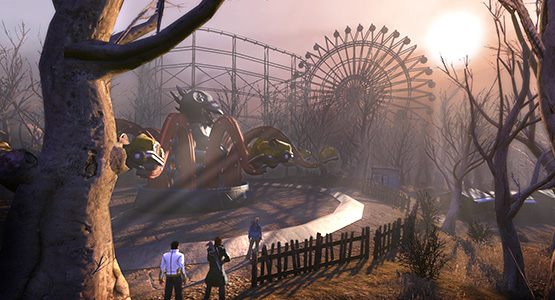 Funcom opts for three factions over the more typical two, each choice a secret society based in major cities across the world. The Illuminati, Dragons, and Templars are ostensibly working together to return the world to a normal state. They travel to the center of the Earth and use portals to move between cities above ground. Individually, they piece together clues that reveal why things are the way they are. It's a narrative puzzle as much as an MMO.

In this sense The Secret World is suited to a loner's approach, in tow with the recent movement emphasizing single-player gameplay in shared online worlds. Regular cutscenes tell a complex story by way of clever, self-referential dialogue. The story and setting are evidence of Funcom's remarkable talent for positioning this as the anti-MMO — something self-assuredly independent of the EverQuest formula.

The Secret World similarly goes rogue with its character progression system — traditional leveling and class systems are replaced with equipment upgrades and a non-committal ability wheel, which allows "decks" of active and passive abilities to get thrown together and switched out on the fly.

The former unlocks stat boosts and new levels of gear; the latter lets you buy abilities tied to nine weapon types ranging from assault rifles to blades to multiple forms of magic. 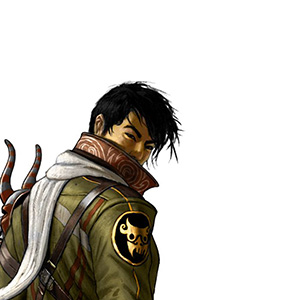 The Secret World similarly goes rogue with its character progression system — traditional leveling and class systems are replaced with equipment upgrades and a non-committal ability wheel, which allows "decks" of active and passive abilities to get thrown together and switched out on the fly. 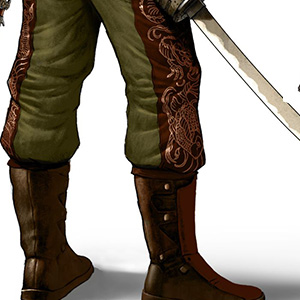 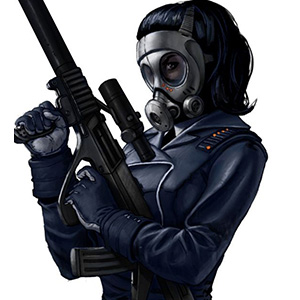 The former unlocks stat boosts and new levels of gear; the latter lets you buy abilities tied to nine weapon types ranging from assault rifles to blades to multiple forms of magic. 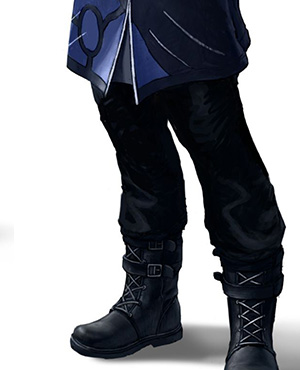 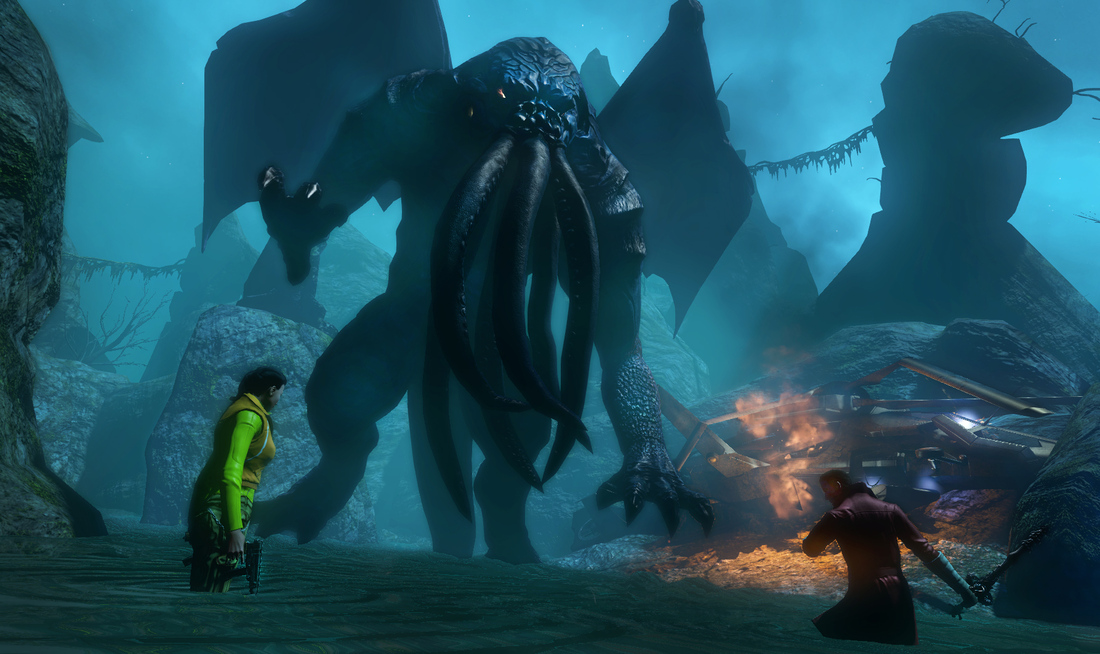 As open and interesting as this progression system is, the usual MMO leveling structure is concealed rather than abandoned, leading to some cumbersome problems. The Secret World's complex skills system lacks the clarity that comes with obvious levels. Main zones are gated based on gear level, but nebulous text explanations refuse to clarify what level is required. It's similarly difficult to say when a user is ready for PvP, which is already hurting thanks to population imbalance between factions.

Some of The Secret World's less ambitious design choices trip past clumsy straight into anachronistic. Invisible walls and objects create hard boundaries, continued reminders of the enclosure around this massive reality. Similarly, Funcom opted for static loading between zones, a leftover from old school MMO design. The smaller gated areas lose the sense of scale offered in nearly every MMO since the mid-2000s.

Outmoded technology plagues more than zone design. The Secret World's combat combines action-MMO-style abilities with boring animation. Characters don't make much contact with the ground or with enemies thanks to floaty, inconsistent collision detection. Dodging and other strategic options feel sluggish and out of place; most enemy types don't require anything more complicated than straight-forward attacks. Movement in combat is possible but discouraged by cluttered enemy spacing, with new mobs often spawning within feet of another's aggro range. 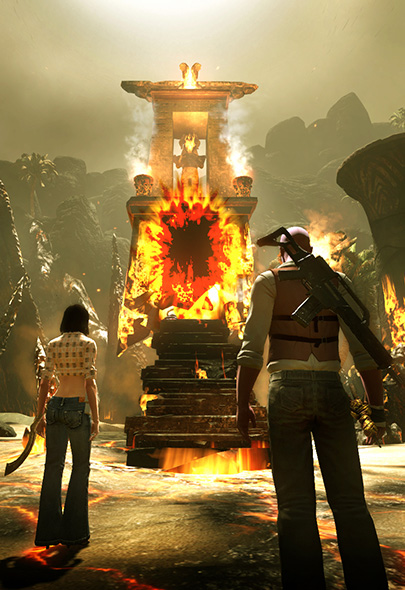 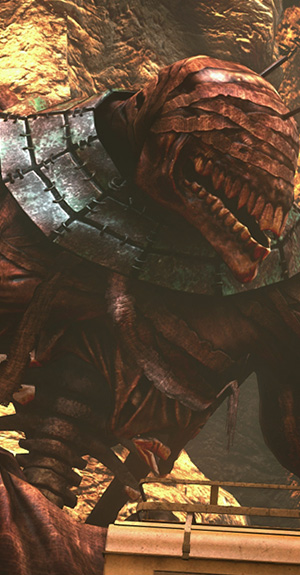 But those anachronisms work in its favor elsewhere. The Secret World's missions adopt a puzzle-centric edge influenced by Funcom's development history with adventure games. The mission design proves that lateral thinking can have a place outside single-player games.

Sometimes the puzzles are three-dimensional hidden object games that take place in the streets; other times they're based around interpreting obtuse poems to work out how to move between hidden rooms in a building. 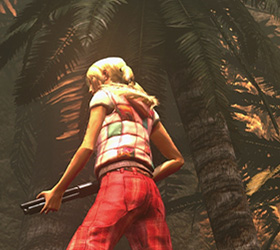 The missions edge you toward their conclusion indirectly in true adventure game fashion. An in-game browser hooks up to the internet inside The Secret World, allowing for more complex ARG-style riddles which tie fictional events in the MMO to live websites. The difficulty of these puzzles is the glue holding The Secret World's community together and evidence of a studio with incredible creativity.

Even typical fetch quests are re-interpreted as long, winding explorations across rooftops, underground car parks, and the insides of houses. The Secret World's zones feature vastly different tones and influences at play across single areas — from '80s-era horror to the Twilight Zone — and instancing opens up the possibility for stranger offerings.

The Secret World can be unique and even powerful, but its core is underdeveloped

The Secret World does best when it focuses on experimentation overlaying its MMO groundwork. Its mainstream, postmodern pastiche of gaming and nerd culture that ranges from John Landis and Edgar Allen Poe to alternate reality gaming is a welcome respite against the backdrop of Blizzard and BioWare. But The Secret World's successes have little to do with the MMO essentials, and though its trappings are unique and sometimes powerful, its core is undeveloped.