After 10 years of motocross insanity, Redlynx is back to try it again with Trials Evolution.

Review and information for Trials Evolution

June 6, 1944. Normandy. — An allied amphibious landing craft cruises through choppy water, narrowly avoiding German artillery and machinegun fire. Seconds stretch for an eternity as the craft nears its destination: A scorched beach head littered with bombed out bunkers and anti-vehicle mines. The craft lands, a klaxon sounds and the bulletproof gate, thus far the difference between life and death, lowers with a clang. A motorcycle zooms up onto the beach, across demolished tank remains and proceeds to do a flip over a pillbox before driving full speed into the nearest enemy bunker while calling in an air strike, blowing the target to kingdom come.

This is the second level in Trials Evolution.

There's nothing sexy about technical motocross. It involves a lot of shifting of weight, careful balance and strategy. But for over 10 years now, the methodical, skill-driven Trials series has proven thrilling and addictive to millions. The developers behind Trials, RedLynx, refined the concept in 2009 with Trials HD, which added pretty 3D graphics to the core Trials gameplay (which remains practically untouched since its days as a Flash game). In Trials Evolution, they're back to try it again.

Trials Evolution remains true to the core tenets of the franchise. It plays exactly like Trials HD. You're still controlling a faceless MX racer, attempting to maintain balance on a variety of courses. Precision is rewarded, with a perfect, crashless runs granting players in-game cash and medals, used to unlock more levels.

Although it might appear to be a racing game, what with the wheels and all, Trials Evolution is really a 2D platformer, not dissimilar from Super Meat Boy. The only real difference is that you've got more variables to worry about, such as the pitch of your bike as it lands or whether you should apply a light gas pedal or shove it to the floor.

And like Super Meat Boy, repetition will lead to success. The controls are tight as a drum, so the difference between failure and success resides solely in your hands. There are moments of frustration, but never with the game and always with yourself. This is how you know Trials Evolution is well-crafted. Another sign is that you find yourself playing and replaying the same level about 50 times over just for kicks.

Though the gameplay remains the same as in previous Trials games, Trials Evolution isn't just a map pack. The new levels are astoundingly awesome looking. The drab warehouses and arenas of Trials HD have been replaced by some of the most insane environments I've ever seen. In addition to the D-Day example above, you'll escape from a nuclear power plant mid- meltdown, race through a haunted, Stone Henge-like graveyard under a blood red moon, dodge giant rock collossi as they attempt to crush you with swimming pool-sized hands, cross a suspension bridge in the middle of an earthquake, and more.

These aren't exceptions, either. Just about every level in Trials Evolution is memorable for some reason or other, and the constant changes in venue help to keep things fresh.That level variety is thanks in no small part to a beast of a track editor that actually manages to put Halo's Forge to shame.

Most will stick with basic track creation, placing a few wacky jumps and objects throughout a world before selecting an ideal path through them. But more dedicated editors can go much further. The advanced editor actually allows you to make challenges that don't involve bikes at all. RedLynx has included samples to hint at the possibilities. One had me piloting a UFO, trying to land on military bases scattered throughout an Area 51-esque map. Another was a nod to Twisted Pixel's 'Splosion Man, as I was challenged with exploding my ragdolled rider through a trap-laden laboratory. I expect that within days of Trials Evolution's release, YouTube will be flooded with some truly crazy creations comparable to some of the best LittleBigPlanet had to offer. 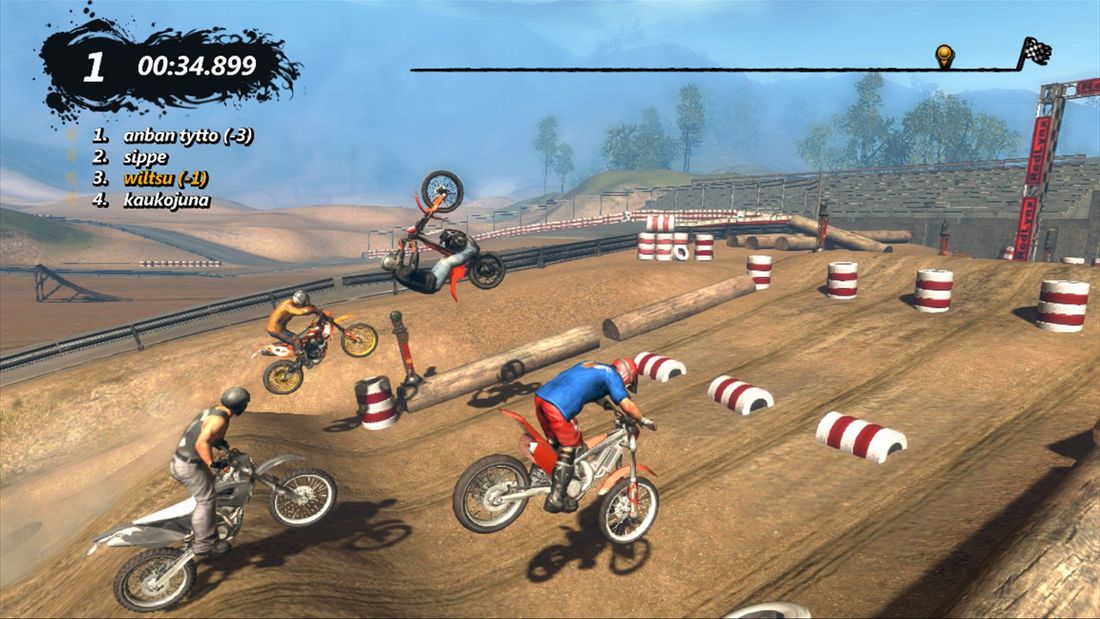 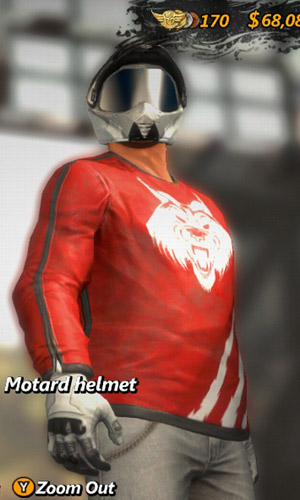 In addition to this beast of an editor and the single player campaign, Trials Evolution packs in a full suite of multiplayer options. Racing modes will likely remind players of ExciteBike with better controls. The structure of the multiplayer removes the "I'm totally out of this race" equation by heavily penalizing crashes, meaning that at any moment, someone could go from worst to first with a bit of luck. While it's playable online, this mode is prime for same-system play.

And even if you aren't interested in touching the multiplayer, the single player automatically keeps track of your friends race times, so you're constantly battling ghosts or chosen rivals to get the best time. I'm talking about 60 levels worth of bragging rights.

The tone of the game is, well, a little douchey.

The game does take a few minor missteps, though. The tone of the game is, well, a little douchey. Every time you boot it up you're presented with a painful rap/rock tune that goes on for way too long before you're able to halt the pain.

There's also a surprising lack of character customization, especially given the variety of the track editor. Bike customization is mostly limited to paint jobs and your rider options are relatively minimal as well, mostly offering up outfits ripped from a white trash wedding. Odd places to skimp, it seems.

Our review of Trials Evolution 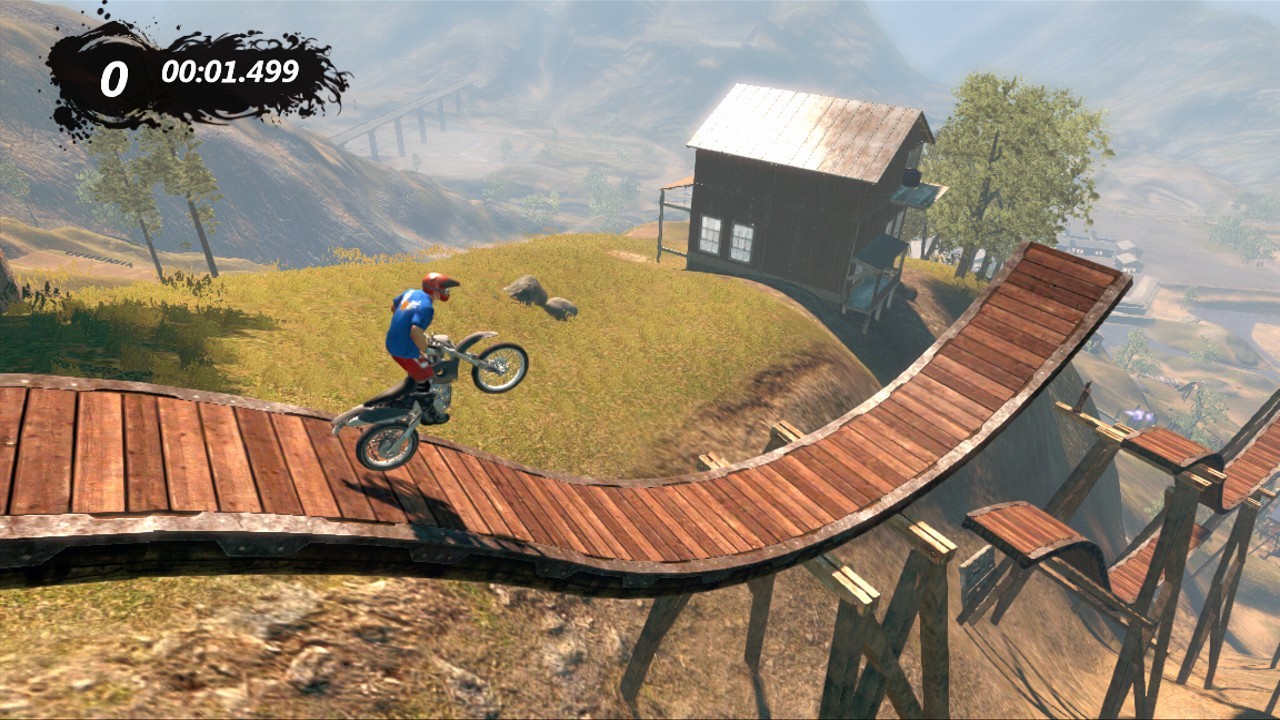