GRAVITY RUSH IS THE MOST INTERESTING THING HAPPENING ON THE VITA

Gravity Rush's hook - a teenage girl with the power to manipulate gravity - sounds like the premise of an '80s teen comedy, some mash-up of Weird Science and Zapped! But Gravity Rush takes itself surprisingly seriously, touching on genocide, paramilitarization, death and the sneaking suspicion that we might merely be meaningless pawns in the mind of someone else.

But amidst all of that existential angst, Gravity Rush is really about the exhilaration of a fall. It doesn't matter how many times you do it: falling upward, high above a city's skyscrapers, is thrilling, like finally living out that dream that we've all had. Gravity Rush succeeds at capturing this power, and for the most part, it manages to incorporate it into its grim narrative. It's not flawless, but nothing this charming ever is.

Kat, not the house pet, but the game's hero, is a slender young woman with a Kewpie doll face and a case of identity amnesia. Her memories (and ours) begin in darkness not knowing who, where or when she is. What Kat does know is that the aforementioned cat, her confusing namesake, grants her an amazing power.

Kat is a Shifter, a rare being who can "fall" any which way. For example, she can bound a skyscraper by falling upwards, falling horizontally, then returning gravity to its traditional state and falling back to the street. It's an ideal power to have in the game's world, a grimy mash-up of Cloud City and Castle in the Sky.

She also is empowered with a goody bag of magical attacks ranging from a kick to a gravity hurricane (you read that correctly). They are deployed ad nauseam on oily creatures with red eyeball weak points. These villains come from beneath the gravity storms that separate the city from whatever waits below. They look and behave like giant floating fish, causing mindless havoc the way a giant, oil-covered, flying pet goldfish might if given the chance.

The fishy enemies are interesting enough to look at, but destroying them, one kick at a time, is one of Gravity Rush's blinking red spots. Combat is what Kat does between falling up and down and everywhere through a brilliant colorful world of incongruous architecture. It's all a bit dull. 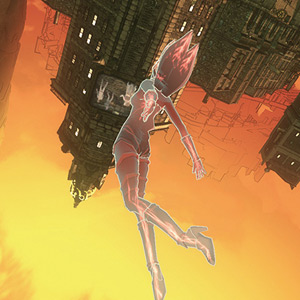 Kat, and an increasingly militaristic police state, fight the behemoths and, to a degree, themselves, in the predictable first two-thirds. The hero gets her power, the power overwhelms her, and the hero is ostracized.

The final third of the game is a departure from the preceding predictable plot, a love letter to Eastern philosophy, mysticism, and William Golding. A gang of mysterious beings that Kat encounters at the edge of the universe is a massive improvement upon the fickle townspeople. They reveal much about where the game is set in and the people who inhabit it. This is a dark place, and if you stop to listen to the gang's story, it becomes evident who the monsters really are. 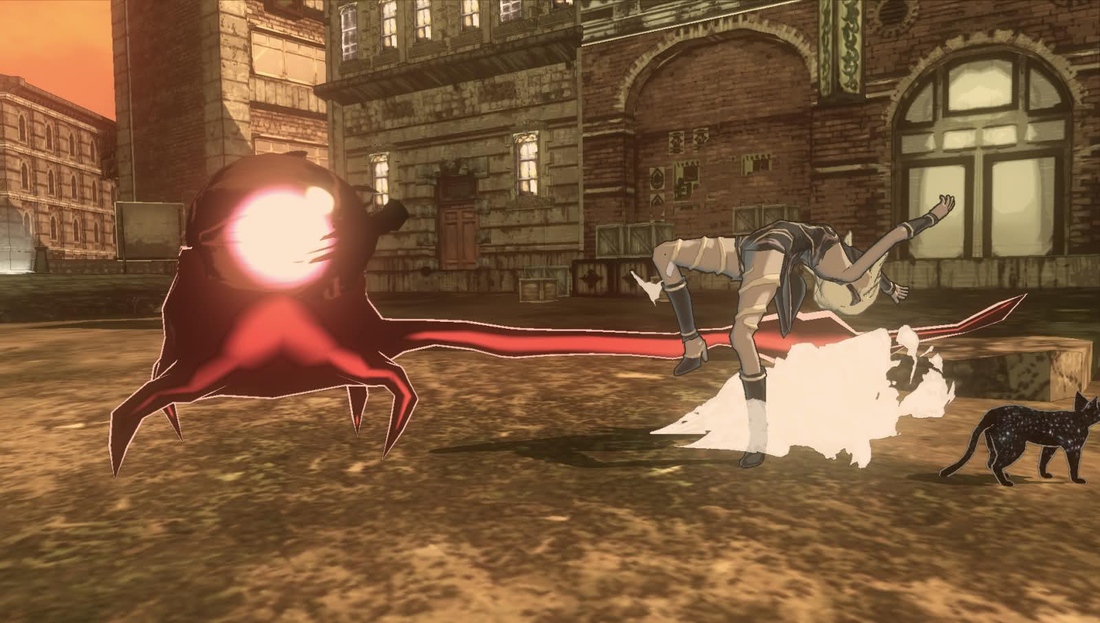 This is all to say, Gravity Rush unexpectedly shines when it takes time to mull what makes its weird world tick. And so it is welcome that the game offers many opportunities, not just in the final third, to meet the locals, some clearly marked on the map, but others tucked away, waiting for you. They may never be found, their nuggets of backstory never revealed.

That the game found a loving fan base in the Asian markets earlier this year is unsurprising, considering its anime aesthetic, philosophy, and non-traditional narrative. It's refreshing, really, to play a Japanese game so unabashedly proud of its local influences, unlike the glut of Eastern games developed by way of Western impersonation.

It's even more pleasing to play a game that is both deferential to the hallowed (some may say stale) traditional game design (amnesia! red weak points!) while also being so wildly creative. The flying mechanic, which feels like a surreal blend of platforming and flight-simulation, is unlike anything available.

An open-world game hasn't evoked such a sense of wonder with a single mechanic since Just Cause 2 introduced its highly mobile parachute. Like JC2, Gravity Rush is a game that so changes your perception of movement that after playing, it's hard not to look at the real world differently, to see a tall building or long street and think how altering physics might make our mundane daily chores more exhilarating.

GRAVITY RUSH IS THE MOST INTERESTING THING HAPPENING ON THE VITA

Gravity Rush is a game about creepy monsters, superheroes and the ability to fly, superficially speaking. But it's also a game about exploring, whether it is the city, the people, or one's take on reality. I guess Gravity Rush is like an '80s comedy after all: Brazil. It can be repetitive, obtuse and occasionally difficult to control, but it's one thing above all else: Joyful. And for that reason, Gravity Rush is the most interesting thing happening on the PlayStation Vita.