Mining an infinite repository of new levels and genre-bending design, Spelunky is a treasure.

We may be playing Spelunky forever. In some state of development for the past four years by tiny indie game maker Mossmouth, the genre of puzzle-platformer doesn't aptly describe the experience of playing Spelunky. Spelunky is more than a platformer. It transcends the genre, creating an experience easy to pick up and difficult to master, each session unlike the last.

As an Indiana Jones-like adventurer, the player navigates his way downward through a series of ancient mines with the ultimate goal of escape — preferably with a bounty of treasure. However, unlike the stages of a Super Mario Bros. game, which are the same every time they are played, the mines of Spelunky never repeat.

In the context of Spelunky's story, the mines are mysteriously transformed by the power of trickster gods. Under the hood, the mines are actually the product of something even more malevolent: the complex math of procedural generation. 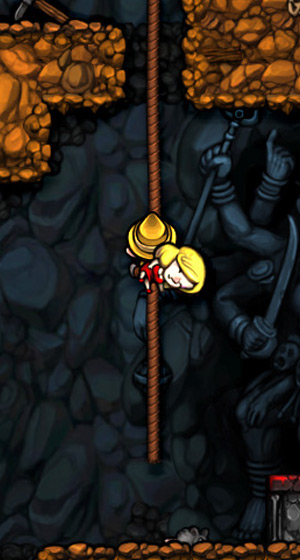 Each stage's layout — the entrance and exit, the weapons and enemies, the treasures and booby traps — are dynamically generated. As are side-quests, like where might a damsel in distress call for help or a shopkeeper sell his wares (the wares too are randomly populated).

At first, stages don't appear to be all that different. One might have a spider infestation, another might have more snakes. But Spelunky is patient to reveal itself. It may be an hour before you experience a level in the dark. Or wind up on a mysterious graveyard. Or inside a UFO.

How you play is ever-changing, as well. You might find a rare shotgun, and go Rambo. A pickaxe is a worthy weapon, but it also serves a navigational purpose, helping to dig through rocky stages and revealing tremendous amounts of excavated treasure along the way. A jetpack makes the game play like some other arcade classic, something akin to Joust.

The one thing the weapons and stages have in common is their eagerness to get you killed. Not to kill you, necessarily, but to allow you to make a fatal mistake. Self-inflicted death is the prevailing and predominant rule of Spelunky, no matter the playthrough. It is always your fault.

The adventurer begins with four hearts, easy to lose and difficult to gain through carrying a damsel in distress to the end of a section. Practically everything, from bumping into a frog to falling off a cliff to being struck by the ricochet of a stone you threw, will take hearts. Spend too much time in a stage and a ghost will appear to deliver an instant death. It's your responsibility to make smart moves and ultimately survive one section of the mine at a time.

Death is permanent, warping the hero back to the beginning of the mine. (Shortcuts can be unlocked, but they only serve to scratch the itch of reaching the end. Once that's been achieved, they're just set dressing.)

That difficulty is essential to Spelunky's design. Spelunky is about learning how to manipulate and conquer a volatile environment. It's a dangerous game of cause and effect. Every action has an impact on the world, which imbues every object and choice with importance. Mastering the game is recognizing its rules and patterns, learning how and why its universe operates. 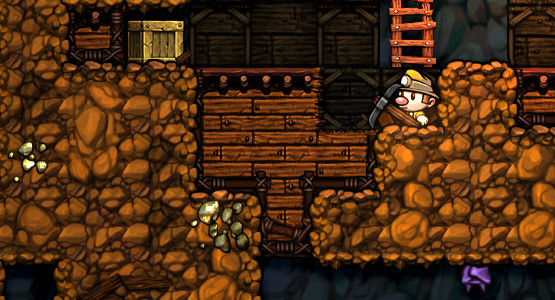 Along with the four hearts, the adventurer is initially equipped with four bombs and four ropes, for blowing holes in rock and creating routes to out of reach places, respectively. Both tools are useful for finding treasure, but are also essential for escaping deadly situations. Balance is key. Do I use bombs to uncover gold to buy even more bombs? Do I save rope in case of trouble? Do I have it both ways and simply rob a shop, inciting a manhunt by the other shotgun-wielding shopkeepers of the mine? 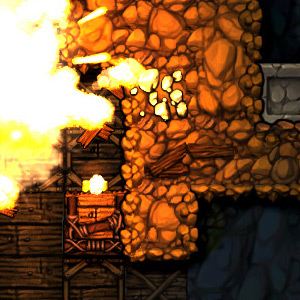 Mastering Spelunky requires learning its rules and patterns, learning how and why its universe operates 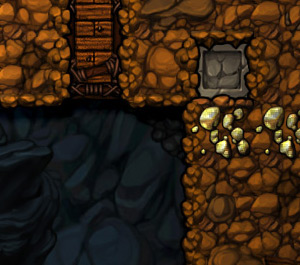 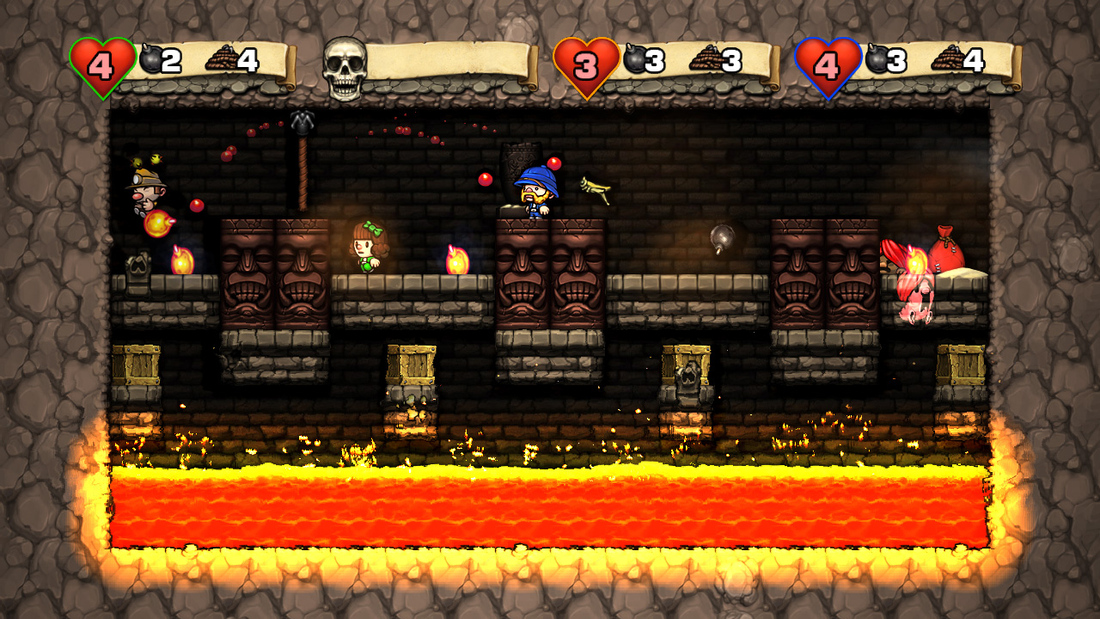 Adventure Mode can be played with up to four people. Spelunky also includes a manic four-player multiplayer that can be played on the couch with friends, bots or a mix of both. The game contains many maps, so many that you’re unlikely to see repeats in a casual session. The goal is to be the last person alive, and rounds go quickly. Those who die turn into ghosts with the power to blow living opponents off ledges or into other forms of peril. The first to survive three successful rounds wins, though this setting can be adjusted. It's a blast, a sort of modern day Bomberman where trying to kill someone is often the best way to get yourself killed. 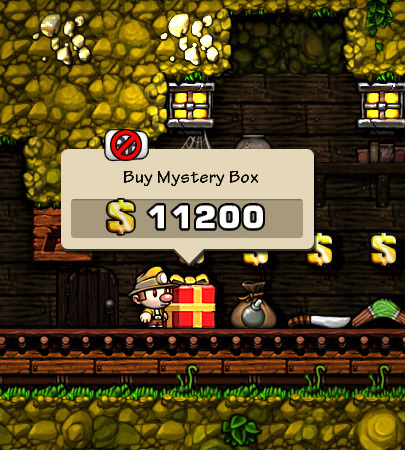 These are Spelunky's first lessons. To use or not to use. To buy or to steal. Risk and reward. Cause and effect.

The advanced player never stops learning variations on that theme. The longer you play Spelunky, the deeper you go into its mines, the more you learn, the more the game rewires your brain to consider and preemptively act upon the potential repercussions of every action.

The beauty of Spelunky is how constantly it encourages learning by doing; it does not tell, show or coddle. Spelunky is an elaborate series of mechanisms that react not just to you, but one another. It has the precise input/output feedback of Tetris, but with the breadth of gameplay of Super Mario Bros.

Spelunky is patient, like I said. Soon as you assume you get the entirety of these mechanisms, you will notice what looks like a rough edge, and when you pull it back, you will find something wholly new. There are some levels —like a bee's nest or a graveyard — that randomly reveal themselves. Then there are the others, which I won't name, that surely a large percentage of players will never know are waiting behind an item or creature that looks otherwise inconsequential.

Spelunky is never truly over

In fact, a secret ending is so well hidden, so difficult to reach, and so rewarding to even approach let alone beat, that it's stupefying the developers took the time to build it. Who will look for it? One percent of players? And who will beat it? One percent of that one percent?

Ending is a misnomer in any case. Whether one exits the mines the normal way or the secret way or never exits them at all, Spelunky's never truly over. Each trip is different and new. Forever and ever.