Steel Battalion: Heavy Armor's potential is sabotaged in the worst way possible by controls that just don't make the cut.

It's always made me a little uneasy to see game reviews that read like they could have been written about a vacuum cleaner. "Guns of Combat delivers five hours of fun for a $60 price tag, while the superior Dyson model ..."

For me, a game is more than a product. It's an experience, crafted by artists, and reviewing one should never be as simple as going down a checklist and awarding X number of points if the game in question has a certain number of levels or weapons.

It's impossible for me to begin to critique Steel Battalion: Heavy Armor's level design, graphics, story, etc., because at its most fundamental level, this product simply does not work and is the worst implementation of Kinect controls I've ever experienced.

Was I able to begin to form some opinions about the visuals, story, music and other non-Kinect facets of the game from the four hours or so I played? Sure. But I didn't experience all or even most of what the game had to offer and, as such, would be really reluctant to make any sweeping judgments about those elements. Besides, the control problems I encountered were so pervasive, so detrimental, that I firmly believe there is no amount of visual, musical or narrative mastery that could make this an experience I could in any way recommend. 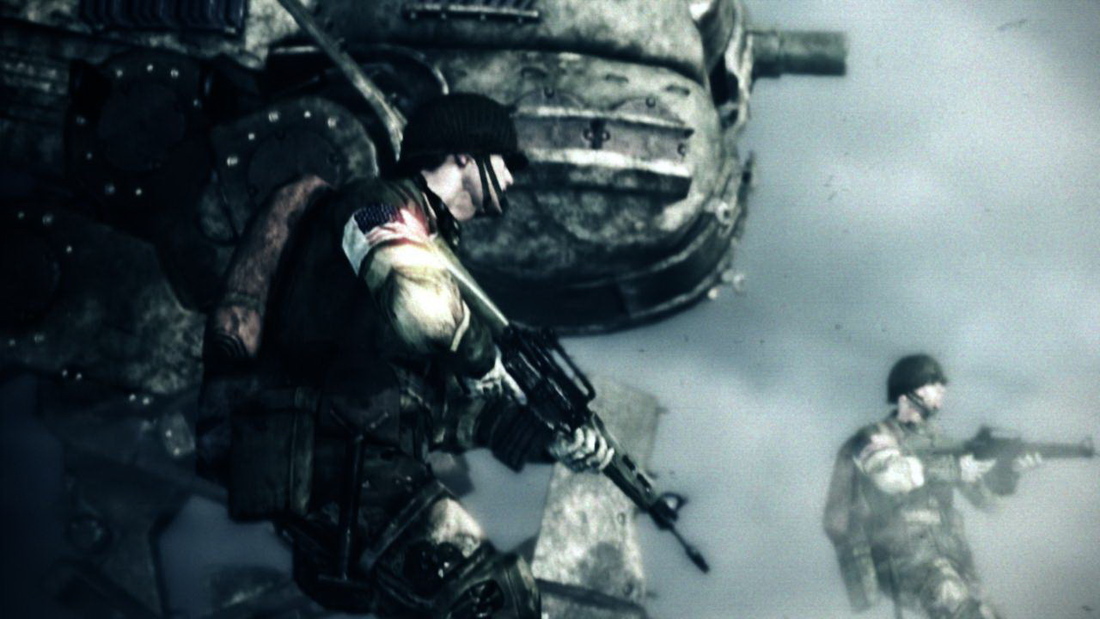 The first two Steel Battalion games required a famously large and cumbersome controller that included two sticks and around 40 buttons to operate the game's lumbering mechs (referred to as "Vertical Tanks" or VTs).

In Heavy Armor, From Software has done away with this beast and split the functionality between Kinect gestures and controller input. That's right: You have to hold the controller as you play. While it doesn't necessarily feel natural, this hybrid would have been a passable solution if the motion controls were as reliable as their traditional counterparts.

They are not. Kinect may have many strengths, but recognizing small gestures isn't one of them. Heavy Armor requires them almost exclusively, turning gameplay into unending frustration. Though they work a simple majority of the time, in a game where the wrong move can mean death, that's nowhere near good enough.

Were you trying to switch to the wrong ammo type by attempting to press the small button on the dashboard? No? Well, that's too bad, because that's what you just accidentally selected. Did you want to close the shutter on the hole that lets you look out of your VT? No? Well, you've got to now, because you're grabbing it and there's no way to cancel the action. OK, it's closed. Now just reach back up and reopen it so y-- oops, you were just exploded by a missile.

In perhaps the most perverse misunderstanding, often while attempting to pull the lever to start my VT, I would instead pull out the panel that had the self-destruct button on it. Luckily, my 360 has no such toggle, or I likely would have nuked the thing in self-defense.

Many problems seem to stem from the seated position Steel Battalion: Heavy Armor requires. The player's skeletal wireframe is always depicted in the upper-left corner of the screen (something of a mea culpa itself) and Heavy Armor often seemed to think that my right hand was resting below my knee when it was, in fact, politely holding the controller. 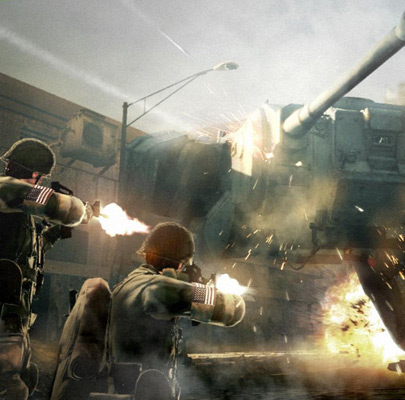 "I COULD NOT GET THE GAME TO WORK." - BEN KUCHERA, PENNY ARCADE REPORT

"IF MY INTENTION CANNOT TRANSLATE RELIABLY INTO THE GAME EACH AND EVERY TIME I MAKE AN INPUT, I'M NOT PLAYING A GAME. I'M FINGERPAINTING." - JULIAN MURDOCH, GAMERS WITH JOBS

"STEEL BATTALION'S KINECT INTEGRATION IS SO FUNDAMENTALLY FLAWED IT ASTOUNDS ME IT COULD HAVE SHIPPED IN THE FIRST PLACE." - ALEX RUBENS, FREELANCE CRITIC FOR G4

DUE DILIGENCE: OTHER REVIEWERS SPEAK

Polygon reached out to other critics also playing Steel Battalion: Heavy Armor to find out how isolated our problems with the game were. Responses varied, but some amount of struggling with the Kinect controls was universal.

"My problems were very basic: I could not get the game to work. I adjusted my seat, I adjusted the lighting, I messed with the spacing between myself and the Kinect, but I couldn't finish the tutorial before I quit out of frustration. It worked much better when I played the game at PAX, but I can only assume those conditions were nearly perfect. In the wild it's just a mess." - Ben Kuchera, The Penny Arcade Report

"Steel Battalion's Kinect integration is so fundamentally flawed that it astounds me it could have shipped like this in the first place. There's the typical "here's what Kinect is seeing" box up in the corner and it's recognizing my body perfectly but the game doesn't know what to do with that information. I don't know how many times I've reached for a button and ended up pulling down the periscope instead or somehow managed to fill the cockpit with smoke because it interpreted my movement incorrectly. My constant arm flailing left me feeling like a crazy person trying to activate my non-existent superpowers." - Alex Rubens, freelance critic for G4 (cont).

In my brightly lit white living room with all the furniture pulled back sitting rigidly in a wooden chair, I'd say I can get the "gesture success rate" to 90%. You know what my "button success rate" is with every game ever? 99.9%. The .1% is when I spill a martini on the controller and stand up screaming "Aw shit, there goes perfectly good gin," and accidentally hit "B" by mistake.

If my intention cannot translate reliably into the game each and every time I make an input, I'm not playing a game. I'm fingerpainting. - Julian Murdoch, Gamers With Jobs

I've seen worse Kinect games, technically speaking, but Heavy Armor still manages to annoy. Whether it's having to recalibrate your setup if you so much as twitch in your seat -- not to mention having to sit up perfectly straight in order for the sensor to properly read you -- or fumbling around on the screen while trying to do something as simple as look out the VT's view window, Steel Battalion's muddy gesture controls only exacerbate an already terrible game. Which is a shame, because Heavy Armor thinks bigger than any Kinect game in memory. - Ryan McCaffrey, IGN

FROM SOFTWARE HAS BUILT AROUND THE THINGS KINECT IS WORST AT

I tried every living room configuration available to me, including moving aside not only my coffee table but my entire couch so I could sit upright in one of my dining room chairs at the recommended distance from my TV. Though some of my colleagues in the industry reported having a little more luck with this labor-intensive setup, none could finagle 100 percent accuracy. In my own experiment, the improvement wasn't enough to be noticeable if, indeed, there was any improvement at all.

Will your performance be better than mine? Perhaps. As you can see in the sidebar, some critics seem to have had a little more success than myself, though again, none of them escaped serious frustration. But when most major retailers consider opened games non-returnable, is that really a chance you're willing to take?

For what it's worth, I've never had problems like this with a Kinect game. I reviewed bothThe Gunstringer and Kinect Star Wars and though the former made far better use of the tech than the latter, that had everything to do with design and nothing to do with technology. From Software has built a Kinect game around sitting and small gestures, and those happen to be the two things Kinect is just the worst at (though to be fair, I've never heard its singing voice or tasted its cooking).

STEEL BATTALION: HEAVY ARMOR FEELS LIKE WATCHING SOMEONE PLAY THROUGH A WINDOW

No matter how I altered my lighting or called in feng shui experts to help me redistribute my living roomâs chi, I was never able to shake the feeling of watching through a window while someone else played Steel Battalion: Heavy Armor as I shouted suggestions and waved frantically, hoping theyâd notice me.

So, how is Steel Battalion: Heavy Armor as a game? I honestly have no clue. Youâd have to ask the guy in the other room.

Reviews Editor's Note: Justin did not feel comfortable choosing a numerical score for Steel Battalion: Heavy Armor. However, as part of Polygon's standard review process, reviewers do not unilaterally select a score for their text. Instead, myself and at least one other editor discuss the text and then approach the reviewer with our thoughts on the score that seems most appropriate to the text, at which time a final score is determined. In this case, our rubric is clear in its demands for Steel Battalion: Heavy Armor. As a game that fails to function in a means that properly allowed our reviewer to complete the game, it's my decision as Reviews Editor of Polygon to score Steel Battalion as we have. -Arthur Gies, Polygon Reviews Editor