It's a simple recipe: one part 80s analog synth pop, one part epic orchestral composition, one part modern electronica. A three-part formula that, when shaken and stirred yields the musical accompaniment for one of the great science fiction gaming series.

Sam Hulick is an award-winning game music composer who's been making Mass Effect music since the very beginning of Shephard's journey. Cris Velasco's credits include the God of War series, Battlestar Galactica, Splinter Cell: Double Agent and Clive Barker's Jericho. Sascha Dikiciyan, also known as "Sonic Mayhem," has been laying down tracks since he wrote this piece for Quake II. Since then he's worked on such games as Hellgate: London, Borderlands, Tron: Evolution and The Agency.

It's a simple recipe - one part Hulick, one part Velasco, one part Dikiciyan - that, when combined, creates one of the most powerful and memorable musical scores ever created for a videogame. 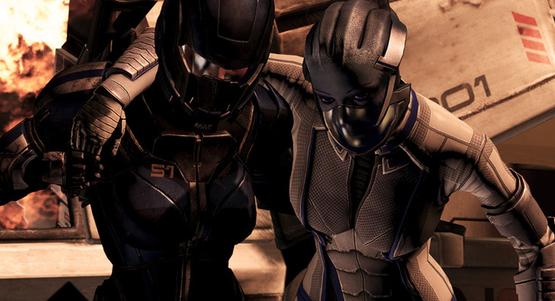 Narratively, Mass Effect 3 draws the story of Shephard to a close. It draws on elements of the first two games to build the story of the third: the final confrontation between the citizens of the galaxy and the Reapers. Musically, the challenge of creating a score as dramatic and fulfilling as the game's story involved much the same process.

"It made sense to stick to some of the conventions of Mass Effect 1 and 2," says Sam Hulick, the only composer of the three to have worked on all three games. Mass Effect's main theme was his.

"The musical styles in the third game are a marriage of the first two games as well asMass Effect 2's DLCs. We revisited the musical style that was created in Mass Effect 1, which was a heavily vintage 70s/80s synth sound (a la Tangerine Dream, Blade Runner, etc.). We also included some of Mass Effect 2's grander orchestral style, and added heavily emotional content to the mix as well. It's always good to build upon previous musical frameworks and color outside the lines."

Coloring outside the lines is a specialty of Sascha Dikiciyan's. The German born composer and producer fuses classical influences with aggro electro synth to create gritty, emotional and heavily-layered pieces of music perfectly suited to videogames of all kinds. His first experience with creating Mass Effect music was for the Mass Effect 2 DLC expansion Stolen Memory, players' introduction to the thief Kasumi.

Dikiciyan says the trick to creating a successful score for a franchise game is dancing between the lines of what has already been created.

"The tricky part is to infuse your own sound without disrupting what has already been established," Dikiciyan says. "I think this was our challenge with Mass Effect 3. Some fan posted on a message board 'It sounds like Mass Effect but new.' Mission accomplished."

Dikiciyan's collaborator on Mass Effect 3 and other games, Cris Velasco, says the duo's familiarity with the franchise and the Mass Effect team from working on the DLC eased the transition into creating a full score for the final game.

"It's definitely a challenge coming into such a huge franchise," Velasco says. "Our goal was to keep the known Mass Effect sound but at the same time expand on it." 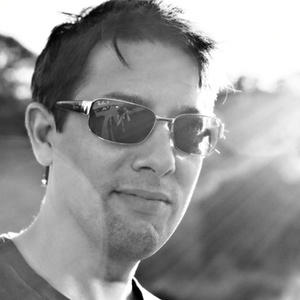 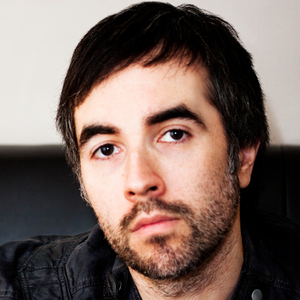 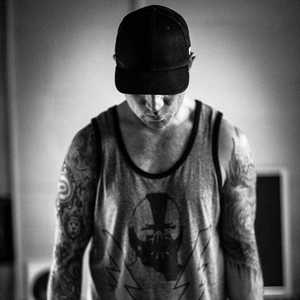 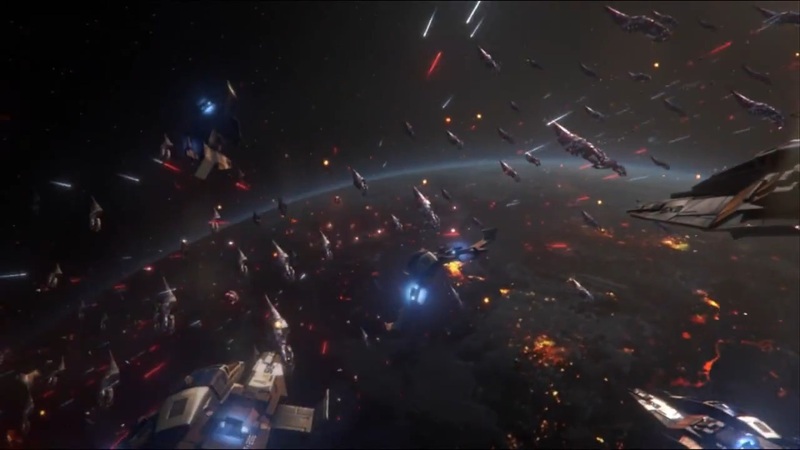 "SCORING GAMES IS VERY DIFFERENT THAN SCORING A SCENE IN A MOVIE."

Velasco cites Space Invaders as one of his earliest video game influences. Apt, considering an invasion from space is exactly what Mass Effect is all about. He says he loved games and the idea of making music from an early age, but that it took some prodding to realize combining the two might be a viable career path.

"When I was done with school I wanted to write the kind of epic orchestral scores that I fell in love with from the movies," Velasco says. "At that point, I hadn't really heard anything in games that led me to believe that this was a viable path. Now I am able to really fulfill my dream as a composer. Not only do I get to write the kind of music that inspires me, but I also get to record with amazing orchestras and choirs around the world."

Hulick's journey started with the earliest personal computers. As a teen, he tinkered with the Amiga and an Ensoniq keyboard. The music produced for Amiga games opened his eyes to the possibilities for game music.

"Much of that music was being done with trackers such as OctaMED, which I was using at the time to experiment," Hulick says. "As it became more advanced, I started to take a serious interest in combining my musical skills with videogames. I started networking, participating in the industry as much as I could, and finally landed my first professional gig in 2003. I realized that being a composer was not a 'starving artist' job, and it was something I could realistically pursue as a long-term career."

Dikiciyan took a more direct route into the industry: He emailed a CD to id Software. As a fan of Quake, Dikiciyan composed his own alternate soundtrack for the game and mailed it to id's headquarters. Id was so impressed, it hired him to work onQuake II.

"Scoring games is very different than scoring a scene in a movie that will never change," says Dikiciyan. "We do have a lot of interactive elements in Mass Effect 3, meaning a lot of the cues have various 'states' they are in to correspond with the player's actions. One battle cue maybe has two different 'medium' intensity versions which are based on the main battle cue, however it may have fewer elements and a different arrangement. So when we compose a battle track for Mass Effect 3, in the end we really have to write two-to-three different versions of the same cue. This is not simply done by excluding certain sounds; most of the time it requires a total rewrite of the track."

Hulick credits the writers at BioWare with creating the sense that players' actions have meaning, but agrees that the branching nature of the narrative creates challenges for the composition.

"It certainly forces you to keep certain things in mind while producing the score," he says. "For instance, several of the pieces I wrote for Mars in Mass Effect 3 are in the same key, and this just serves to make transitions a little smoother."

The composers' preparation for creating theMass Effect 3 score ranged from playing the previous games to watching science fiction movies to doing nothing at all; just being themselves. Hulick, who was already immersed in the world of Mass Effect, focused on mining the existing elements of the MAss Effect sound and adding new layers.

"Mass Effect 3 was a continuation of the styles used in Mass Effect 1 and 2, but with a more emotional edge to them," he says. "There's already so much visual and audio material from the previous games that we didn't really need any external references."

The duo of Dikiciyan and Velasco focused on trying to capture the essence of cheesy, synthesized '80s science fiction.

"We spent a lot of time researching various '80s scores and the technical aspects of them," says Dikiciyan. "For example, what reverb/echo effects did Vangelis use on Blade Runner? Which synth created what sound?"

Armed with their research, the three created a score that takes players through the final stages of Shephard and crew's journey, up to the final confrontation with the Reapers and beyond. Each have their favorite pieces of music from the game. Dikiciyan's is the music from the attack on Cerberus headquarters.

"While the music for the mission wasn't really piano/emotionally driven, it needed a lot of tension and urgency," he says. "All of Mass Effect 3 was one big climax really. Every mission was important to the overall story and outcome."

Hulick's favorite is the score to the final confrontation, "The Fleets Arrive."

"[It] had to be scored to fit a really huge and victorious scene in the game, so I knew that I had to scale up the level of excitement there by creating a more epic orchestration," Hulick says. "Also it felt like the right moment to bring back the Mass Effect main theme, which has a suitably heroic feel to it."

"THE TRICKY PART IS TO INFUSE YOUR OWN SOUND WITHOUT DISRUPTING WHAT HAS ALREADY BEEN ESTABLISHED."
>

Do you play games? If so, what's a favorite?

Cris Velasco: Mass Effect 3 (obviously!). A couple of favorites that I go back and play if I feel like taking a break sometimes are StarCraft and Heroes of Might & Magic. I'm also pretty good at Galaga!

Sam Hulilk: When I have time! It's often difficult to find the time to commit to larger scale games, so I play a lot of games on my iPhone. Ski Safari is a recent addiction of mine - lots of fun! Some of my favorite games most recently include Skyrim, Assassin's Creed: Brotherhood and of course Mass Effect 3.

Sascha: Actually while I do play piano, drums and bass, my favorite instrument is my workstation. I love creating what I call musical sound design. While not your typical 'instrument' I think we can still call it that.

Sam: Cello. It's an extremely expressive instrument that can really pack an emotional punch.