If you play Minecraft for any significant length of time you will realize two things: given enough time, you can build almost anything you can imagine inside of this block-shaped sandbox, and you will never have enough time. Minecraft has been driving PC gamers to obsessively mine, then craft for years. At its core, it is simple game: You mine things, and then you use those things to craft other things. And then you lose days of your life with only a block-shaped castle made entirely of golden dongs to show for it.

Block-shaped trees can be harvested for block-shaped wood, and then that wood can be used to craft a variety of block-shaped objects, like tools, torches and boats. Mine more materials to craft more things. Repeat.

Now, Minecraft has made its way to the Xbox 360 courtesy of Mojang and port developer 4J Studios, and all of that simplicity - and its various complications - have come with it. But while Minecraft XBLA chips away at the time required to scour the depths of Mojang's debut, some of the mystery might have fallen away in the process. 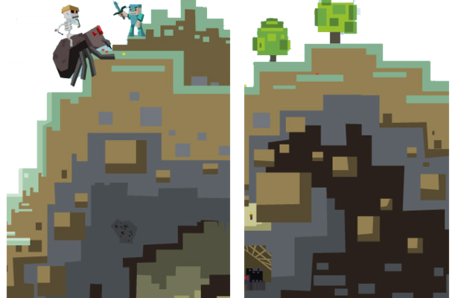 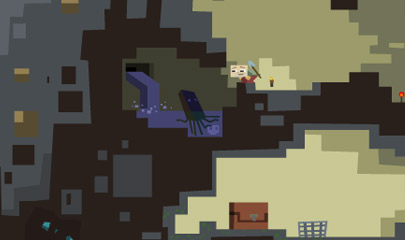 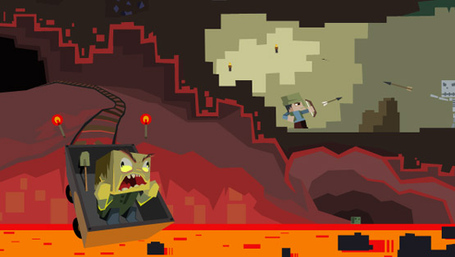 The core of Minecraft's gameplay has remained intact: you mine and then you craft.

You begin empty-handed and literally construct everything you use, even every tool with which to make it. Tools will break over time, and stronger materials make stronger tools, so the more you craft, the more you must mine, and you will quickly fall into a steady rhythm of work, then play.

The relentless day/night cycle will also enforce a sort of loose order on how and what you do. During the daytime you are free to roam around the block-shaped countryside, mingling with block-shaped sheep, pigs, cows and chickens and mining various block-shaped natural materials. Once the night comes, the inky blackness fills with block-shaped things that want you dead, so you must retreat inside a shelter (after you build one) or find some way to illuminate the darkness.

Various difficulty levels will allow you to set how many and how deadly the night terrors will be. On the "peaceful" setting, they won't show up at all. Your health regenerates if you should fall from a great height or burn yourself with lava, but the dangers are few. On the "hard" setting, zombies, skeletons, spiders and the silent-but-deadly Creepers swarm like flies and hurt you plenty.

There are no levels, no missions and no cutscenes or voices telling you what to do. There is, in fact, nothing you are supposed to do but survive. And even that is a choice. If you die, you will simply respawn and you can go collect all of your lost items if you can find them. No harm, no foul.

The game is what you make of it, and however you choose to spend your time in Minecraft is fine with Minecraft. It doesn't judge.

Often for better and occasionally for worse, Minecraft XBLA is PC Minecraft with very little added and very little taken away. A few craftable items didn't make the leap, but by-and-large, it is the exact same game ported, with all that entails. The same materials are used to craft the same items and you will still find them in the usual places.

In lieu of creating online servers, you can invite a friend to mine and craft with you via Xbox Live, or have a better friend connect a controller and play with you via split-screen co-op. Graphically, while never astonishing on PC, Minecraft XBLA is still pretty in its simple way and runs smoothly. 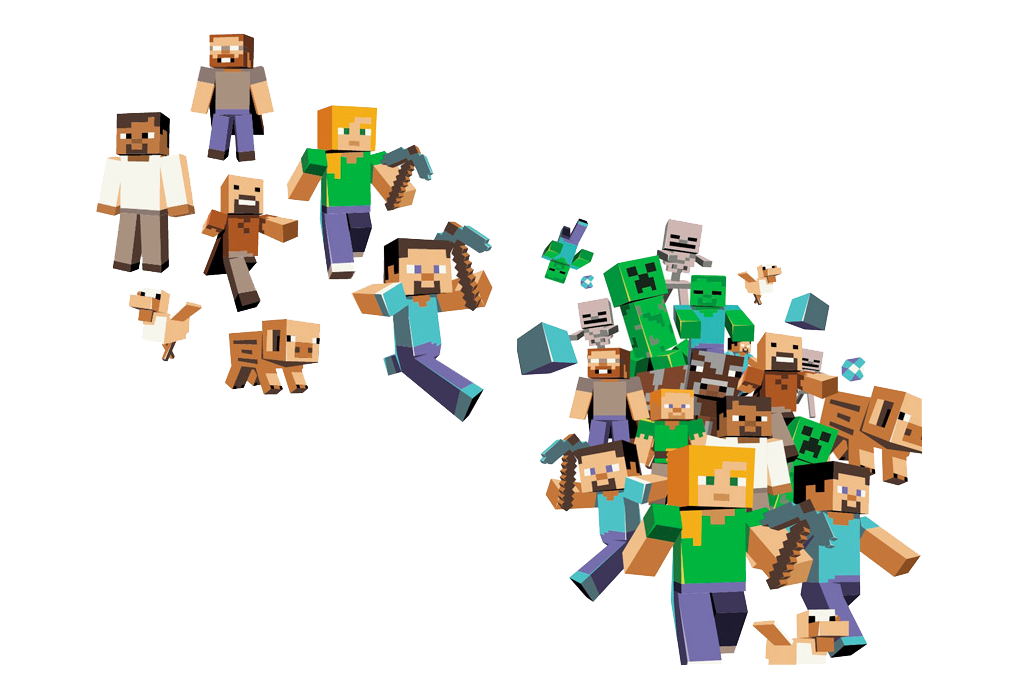 MANEUVERING THE INVENTORY CURSOR IS A PAIN IN THE ASS

The significant differences of Minecraft Xbox 360 Edition are largely in the controller. Moving around, mining, and building are all intuitive and certain functions have been handily mapped to buttons and triggers.

But Minecraft Xbox 360 Edition cart goes off the rails at the inventory screen. ManagingMinecraft's inventory has never been painless, but little concession has been made to the thumb stick of an Xbox 360 controller. Moving the inventory cursor around over tiny, similar-looking inventory items from living room distances with an imprecise thumb stick is enough of a pain in the ass to nearly dispel the magic of Minecraft. I began to get the hang of it after eight hours or so, but it's a square peg in a round hole.

The changes to the crafting mechanic do at first seem to take advantage of the new platform to create a better overall user experience. The guessing-at-random and wondering what objects might be built from what materials is gone. Instead, selecting an item from the list of crafting recipes will allow you to automatically craft that item if you have the right materials.

But this is where Minecraft Xbox 360 Edition's devil's bargain reveals itself. The plethora of in-game tips and tutorials make Minecraft far less intimidating to gamers with little time or patience to stumble around blindly looking for the fun, much of the mystery and discovery of the original game has been stripped away by the very things meant to make it more palatable.

While this is a good thing, overall, for the playability and approachability of the game on XBLA, it's also the single biggest strike against Minecraft Xbox 360 Edition. It neuters the core of what made Minecraft so compelling on the PC.


For the newcomer, each time you encounter a new material, you will see a helpful tip on how to use it and, as mentioned, the crafting menu will hold your hand through the process of creating even the most mechanically intricate things. Even when you feel as if your hand is being held, you will probably be grateful.

If you're one of the many hundreds of thousands of gamers who have been gorging on Minecraft for months or years, you won't need the tutorial or the tips. You will have had those mysteries solved for you by trial and error or multiple trips to a wiki. You will simply want to jump in and start building, and you can do so. And you will have fun.

"EVEN IF ALL YOU BUILT IN MINECRAFT WERE GIANT, GOLDEN DONGS, YOU FELT AS IF YOU EARNED THOSE DONGS, ONE SMELTED BLOCK OF GOLD AT A TIME."

But discovering these mysteries and then surmounting the challenges alone, without instruction or guidance, is what made the original Minecraft such a unique thrill. Even when this absence of guidance proved frustrating or destructive, it could make the experience of creating even simple things inMinecraft more satisfying. In a gaming landscape where even the most mundane and by-the-numbers shooters will take a time-out to teach you how to reload your weapon, a game willing to toss you into the deep end and let you sink or swim was as refreshing as a summer rain. Even if all you built in Minecraft were giant, golden dongs, you felt as if you earned those dongs, one smelted block of gold at a time.

MINECRAFT ON XBLA IS MOSTLY INTACT, BUT SOME ABSENCES ARE FELT DEEPLY

This XBLA version of Minecraft is not that exercise in hard-won discovery. All other aspects of the game experience having been ported over intact, this one absence will be felt most deeply in long run, in how little true devotion it will inspire among gamers hopping in over Xbox Live to build their block-shaped dongs. And while that may be the right tool (so to speak) for the right task, it nevertheless lets some of the air out of the tires.