Review and information for Madden NFL 13

Its lack of tutorials makes it intimidating even for experienced players, but Madden NFL 13 is the best-playing Madden in years.

Madden 13's discrete parts — gameplay, career mode, online, and Ultimate Team — all surpass their previous incarnations. Developer EA Tiburon ties those elements together with a presentation focused on delivering an authentic NFL experience through the filter of a television broadcast.

But Tiburon often sacrifices clarity and choice in favor of that unified vision: Madden 13's components communicate far more with each other than they do with users. Much of this year's game is fresh or vastly different from previous Madden titles, yet Tiburon frequently fails to convey how it all comes together. Except for a basic in-game user manual, fleeting tips seen in loading screens, and a few videos that offer a cursory overview of what's new, Madden 13 leaves it to players to figure out the details by fumbling through its sleek menus. 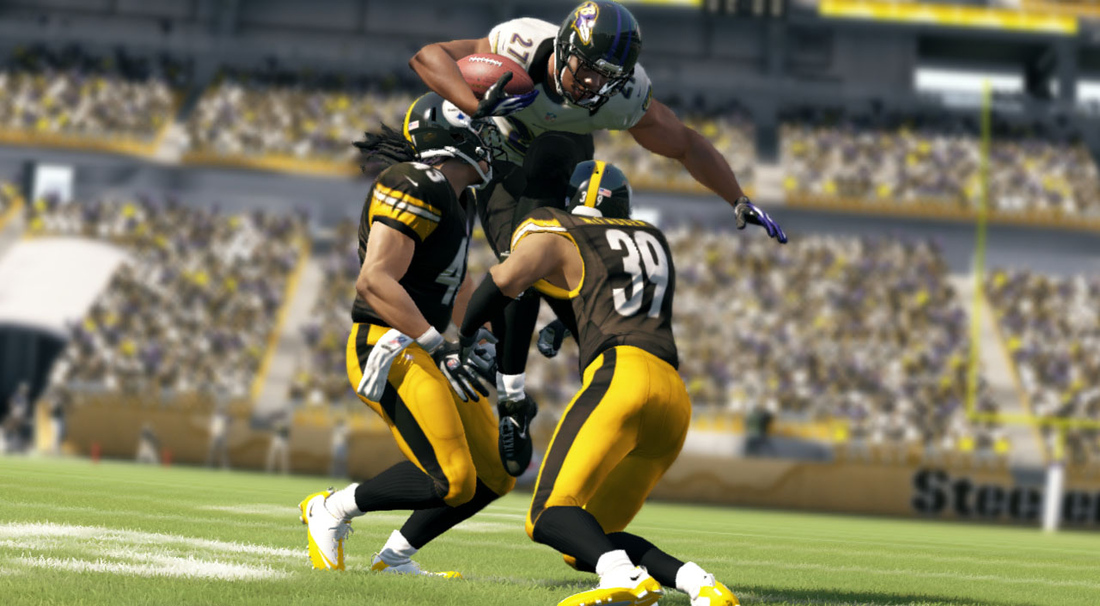 Connected Careers, Madden's most significant non-gameplay change in years, delivers an often spectacular NFL experience malleable enough to serve many masters. You have the option of creating a player, picking up the career of a current coach or player, or starting out in the rookie season of one of 30-plus legends such as Deion Sanders.

At the heart of Connected Careers is a news hub that features stories from the league and the impending draft class of college stars. It also includes a real-time, fake Twitter feed that provides news, commentary, and even humor in missives crafted by EA Tiburon to sound like real NFL reporters and analysts. Twitter and the news pane combine to lend the digital league a terrific sense of being a living, breathing entity.

You scout players during the season while the news hub tracks the stories of a few major college athletes. One-off events, like a season-ending injury to a projected first-round pick or a change from wide receiver to defensive back, can derail your draft plans. Those stories become the foundation for an engaging NFL Draft, which is where Connected Careers really comes alive.

ESPN's Trey Wingo comments on touted picks and their backgrounds; AI teams make draft-day trades with each other and human teams; Twitter reacts to every pick and trade. I spent a draft in Xbox Live party chat with a friend, and hearing him howl in despair when I swiped a player he'd been watching instantly turned the draft into my favorite part of Connected Careers.

Free agency is similarly impressive. It allows you to submit offers to players, and gives you an at-a-glance look at the other teams you're competing with. The weeks go by, and offers come and go as players either sign a contract or winnow bids to a short list before making a decision.

Connected Careers unites the old Franchise, Superstar, and Online Franchise modes, making for one seamless setup that offers a tremendous variety of experiences. You can choose to be a player (Superstar) or a coach who also makes personnel decisions (Franchise). Any combination of 32 individuals can play in an online league for up to 30 seasons (Online Franchise), and the mode's big-picture ideas work well.

However, the basis of Connected Careers — its structure of experience points earned for individual and team performance — falls victim to Madden 13's tendency to under-explain itself. 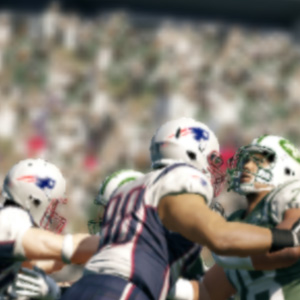 Weekly, season, and milestone goals range from gaining a certain number of rushing yards in a game to winning multiple Super Bowls. It's an improvement over last year, but a goal's XP value often doesn't correlate with its difficulty. Racking up three takeaways in a game, a weekly goal, earns you 625 XP; achieving one more takeaway is a milestone goal that yields a comparatively paltry 100 XP. The same problem exists with the XP rewards for practice scenarios of varying toughness. It just doesn't make sense. 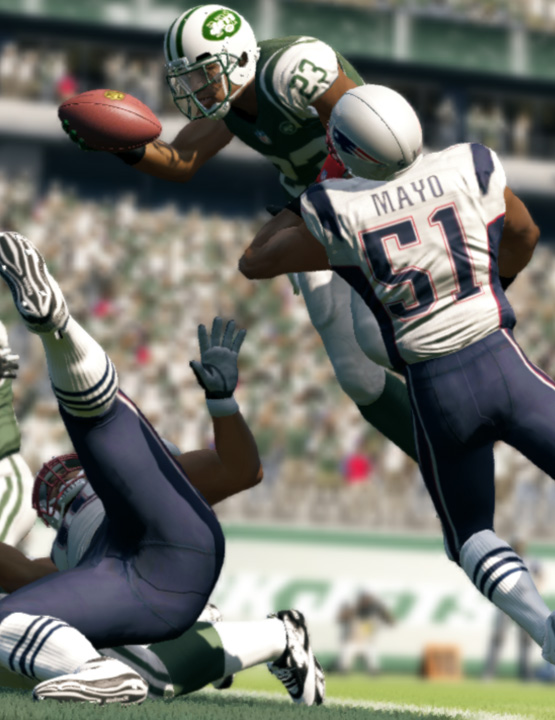 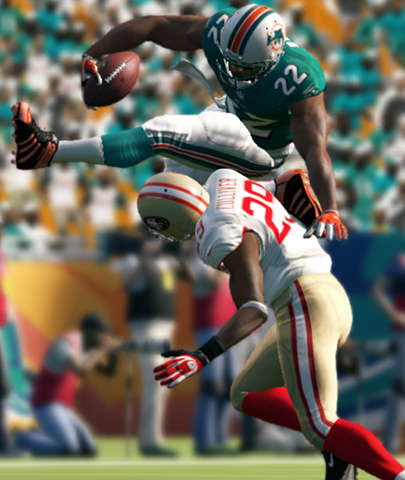 Progression takes place too slowly. A good season in previous Maddens might have provided decent bumps in a number of attributes. Madden 13's upgrade packages each increase ratings by one point, and they're expensive enough to make it difficult to improve a player very much in one season.

Another unrealistic element is that players at any position can control in-game coaching decisions, which wasn't previously the case. Even as a halfback, I could call plays and alter receivers' routes before directing my quarterback to snap the ball.

Connected Careers' complete lack of tutorials exacerbates the issue. For example, teams are differentiated by their schemes: one might value a certain type of player more than the next. It's a smart and realistic system. But you wouldn't know about it unless you changed your team's philosophy and noticed a player's overall rating plummet by eight points.

During contract negotiations, it's possible to lowball a player badly enough that he feels insulted and decides to test the free-agent market, yet there's no indication of the likelihood that he'll accept or reject an offer. There's a 175-page Connected Careers guide online, but who's going to bother with that? 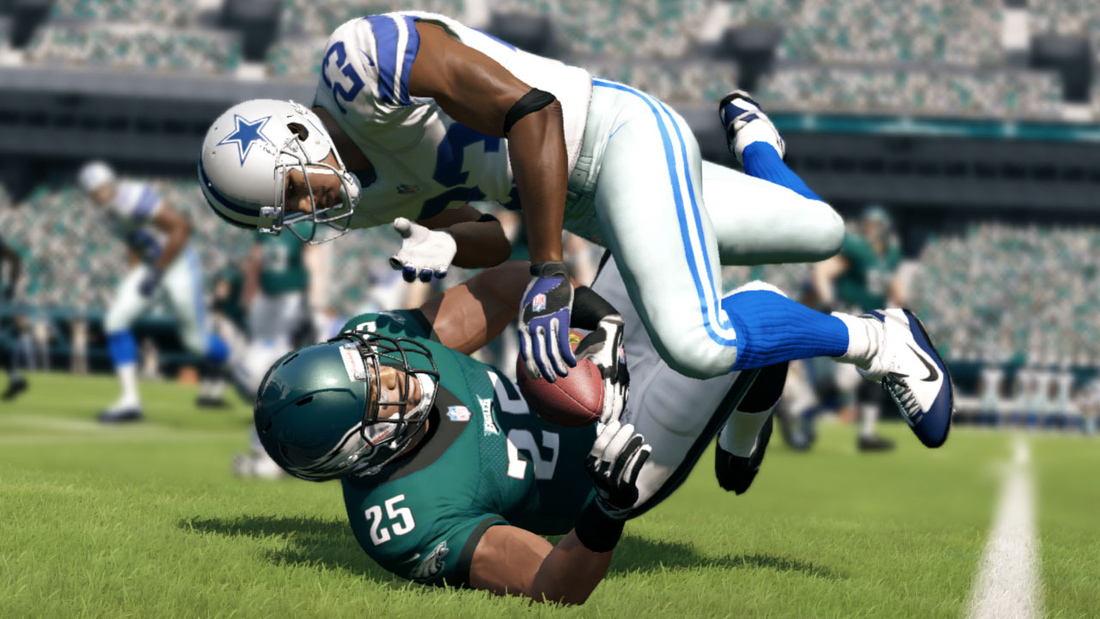 The same story applies to Madden Ultimate Team. With a much greater storage capacity and tweaks in the management of cards, Ultimate Team feels more than ever like a collector's haven, and it's integrated with the rest of Madden 13 through single-player challenges. But when I earned Vince Lombardi by completing a challenge, it took me five whole minutes of checking every menu within the mode to figure out how to redeem the card and actually unlock him.

Madden 13's communication breakdowns are particularly frustrating because playing the game is a wonderful experience. The Infinity Engine and its real-time physics live up to their billing. Brutal, organic collisions make the series look more realistic than ever, and the engine's subtleties stand out as well. A fumble-causing hit; a tug of an arm; a slight push to the back — the Infinity Engine renders them all with equal aplomb. Thanks to real-time physics, Madden 13 finally delivers on the fundamental, driving fact behind football: it's a contact sport.

Madden 13 also does more to teach players about the quarterback position, giving them helpful techniques and signals. This year, receivers' icons don't light up until they're looking for a pass; it's a smart, well-integrated teaching mechanic. New left-stick pass aiming lets you throw the ball with pinpoint accuracy, and the ability to abort a play-action pass in the face of a blitz is a godsend. Improved defensive AI means that defenders won't make plays without looking at the ball first — fancy that.

Madden 13's implementation of Kinect voice commands is one of the few instances in which the peripheral makes perfect sense both control-wise and realism-wise: you can shout out pre-snap adjustments like a real quarterback. You'll find an exhaustive list of the commands within the in-game manual; Tiburon's desire to be thorough is commendable, but you'll likely stick to a few basic, reliable options.

I rarely bothered with commands already listed on the screen: they simply brought up the existing adjustment menus, which work much better with buttons. And the required specificity is another hindrance — you must tell someone to "block left" or "block right," not just "block," and the triggers are better suited for that job. Plus, the Kinect sometimes has trouble understanding phrases without distinct breaks between words; "Jennings, slant left" works better than "Jennings-slant-left."

The most useful voice controls are shortcuts such as "challenge," which saves you a trip into the pause menu, and commands for uncommon actions like "hurry up" or "fake spike," whose button presses might elude you in pressure situations. Otherwise, let your thumbs give your throat a rest.

WITH THE BRILLIANT CONNECTED CAREERS, MADDEN'S FUTURE IS BRIGHT FOR THE FIRST TIME IN AGES
As sports simulation titles get increasingly complicated, their developers will have to provide more, not less, in the way of tutorials. Madden 13 gives players a ton of options without explaining them in detail, and that's an issue. But Madden 13 represents a giant leap over its predecessors. It's easily the best Madden title of this console cycle, and it's notable for the ways in which it clearly sets the stage for Tiburon to make a graceful transition into the next generation. The on-field experience is stellar, and Connected Careers' staggering scope allows it to transcend its shortcomings. For the first time in ages, Madden's future is bright.

Our review of Madden NFL 13 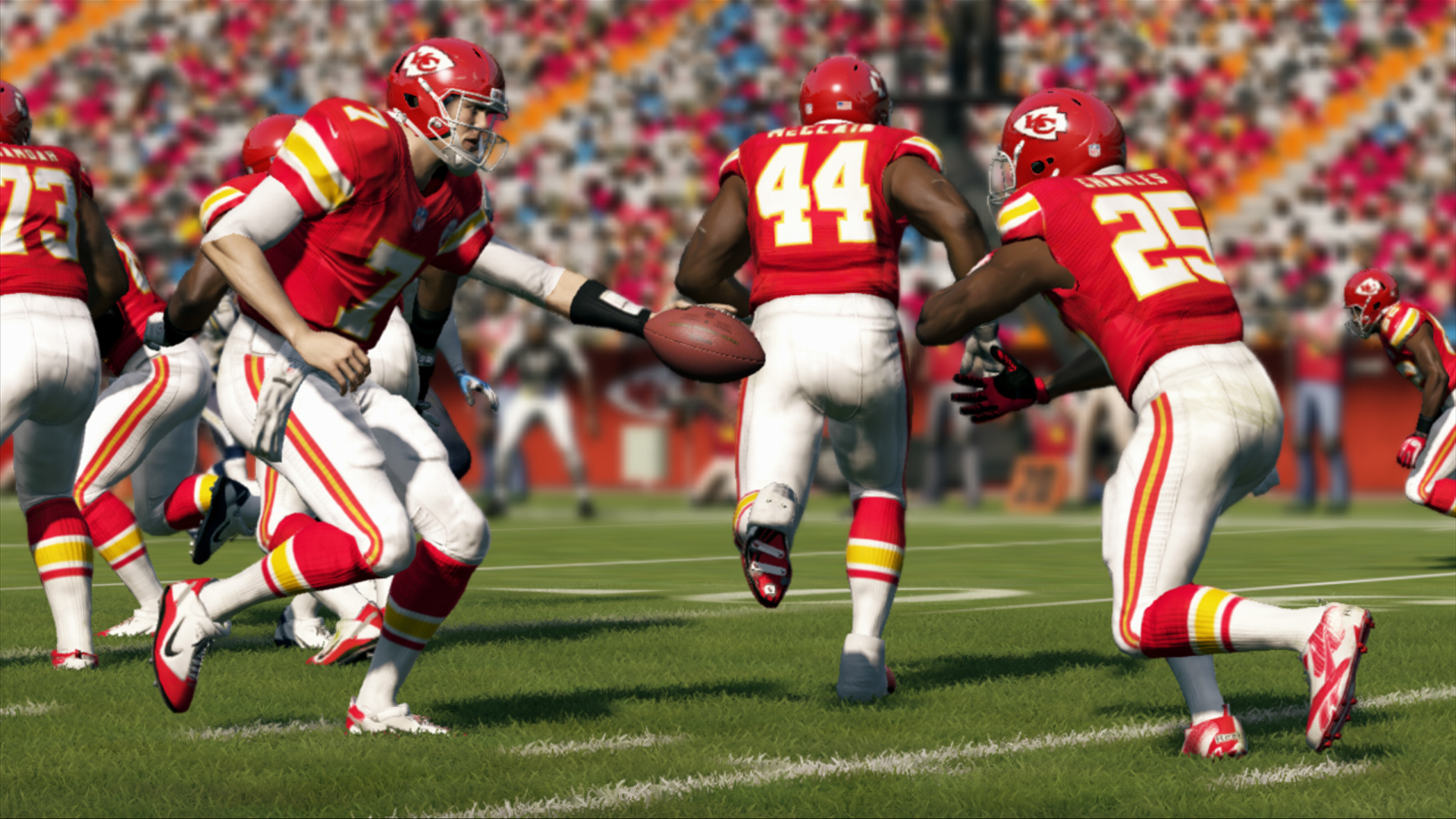