Zombies, Run! fights for the rights of stories in games

Share All sharing options for: Zombies, Run! fights for the rights of stories in games

Good storytelling within video games is affected by the lack of narrative literacy among many game designers, according to Naomi Alderman, co-creator and lead writer of narrative fitness game Zombies, Run!

Speaking in a recent interview with Polygon, Alderman stated the industry is experiencing a self-fulfilling prophecy in which game designers do not believe good narrative can be achieved within the structure of a game and therefore fail to ever make it happen.

'It's basically a two cultures problem'

The result is a system within studios that engenders a lack of communication between writers and designers throughout the development process, she explains.

"So often in game design not only are the writers brought in late, but there also isn't then that continuing conversation between the people who are designing and the people who are writing. To me the more seamlessly you get things working together, the better the game experience is. You don't have those weird disjoints. Like how in LA Noire you're playing a straight by the books cop who also mows down civilians and street signs on his way to various different assignments and there's no sense that he's done anything really wrong in the game. 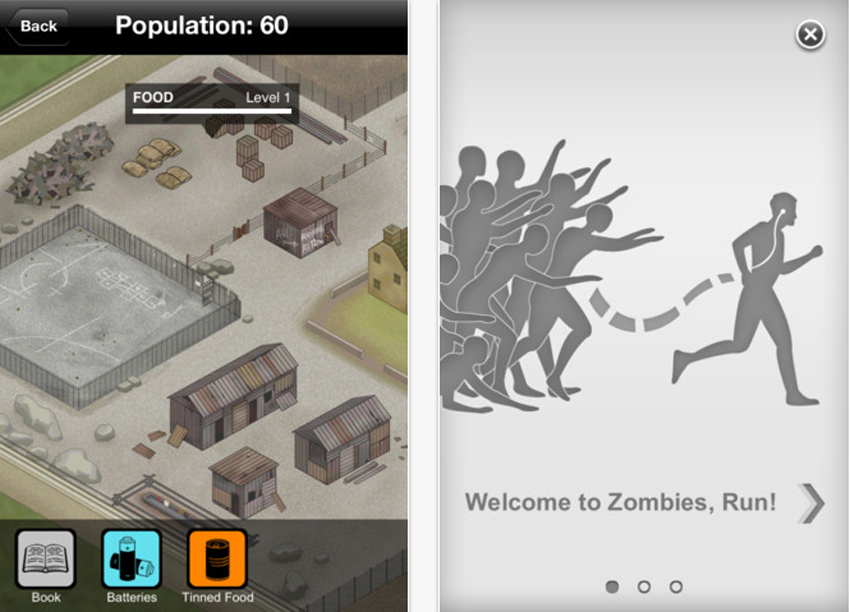 "And I think we're so used to quite a low level of storytelling in games that we don't really necessarily notice it anymore. But if a game can make those two things seamless so that the character you see in the cutscenes is the same as the character you are playing, or as Valve do you just do away with cut scenes, at that point that experience becomes so much more exciting and real."

Zombies, Run!, the mobile fitness app she developed alongside a team at U.K. studio Six to Start features a narrative that she says was a test to see just how possible it was to combine gameplay and a strong game story. Alderman, who is also a published author, explains that game designers often make the mistake of relying on film tropes when working on a game's story.

'Games are much more like TV shows and novels, where you're expected to go away and come back.'

"Movies are intended to be consumed in one sitting," she says. "Obviously people can pause DVDs but essentially the experience is a single, contained experience. Games are much more like TV shows and novels, where you're expected to go away and come back, go away and come back. And actually the game or the novel will help you out by being broken up into nice episodes or chapters with something of a completed narrative moment in that chapter or that episode, within a larger arc. And to me this is part of the problem with game narrative. It has happened to me quite often with a game where you put it down and you come back, maybe it's been two weeks, and you're like 'why am I doing this mission again? What am I meant to be getting?' This is a sort of theory of mine and I wanted to put it to the test to create an episodic narrative with story beats."

In Zombies, Run!, the player takes on the role of Runner 5 and participates in story-driven missions to collect supplies and grow their base, and listen to in-game radio broadcasts, all while running on foot as the app records the distance, time, pace, and calories burned each mission. "As we came up with the idea," says Alderman, "we found a really good place for story in it." 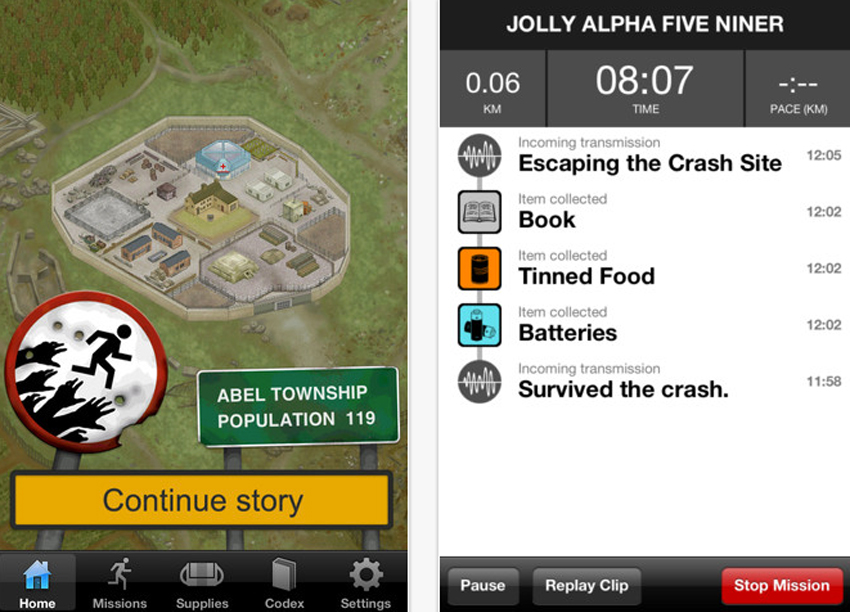 Alderman makes reference to the old adage within development that asks whether a game can ever make its player cry, stating "I'm very, very happy to say that thousands and thousands of people have wept tears over Zombies, Run! You can't do that with the technology or the number of lines of dialogue you have or the really exciting social recognition software. You do that by writing things people care about."

"The reason I believe in working in this world," adds Alderman, "is because I think there are really hard and interesting problems that have not been solved yet in game narrative, and which really not that many people are trying to solve."

Zombies, Run! is available for iOS and Android devices. Today Six to Start announced new race missions for the title which will be made available soon in an update to the iOS version of Zombies, Run! Version 1.5 will also include support for iPhone 5. A new 8-week training program and audio adventure titled Zombies, Run! 5K was also recently released for iOS.