People who pre-order God of War: Ascension at GameStop will receive two exclusive items: King Leonidas from 300 as a multiplayer character, and a poster for the game.

The downloadable character skin is based off of Zack Snyder's interpretation of King Leonidas in his 300 film, as portrayed by Gerard Butler. It also includes the Spartan king's spear, which offers "its own set of unique combat moves," according to Sony, which joined with the film's distributor, Warner Bros., for the content.

Pre-order customers will also receive a 22-by-28-inch double-sided poster, which features Kratos in chains on one side, and two multiplayer characters on the other.

Check out promotional images for both items below. God of War: Ascension launches on March 12, exclusively on PlayStation 3. 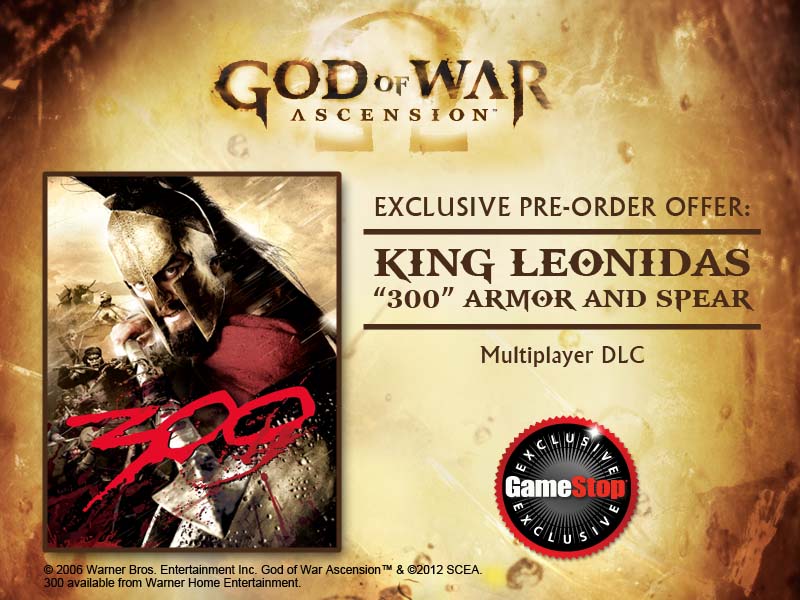 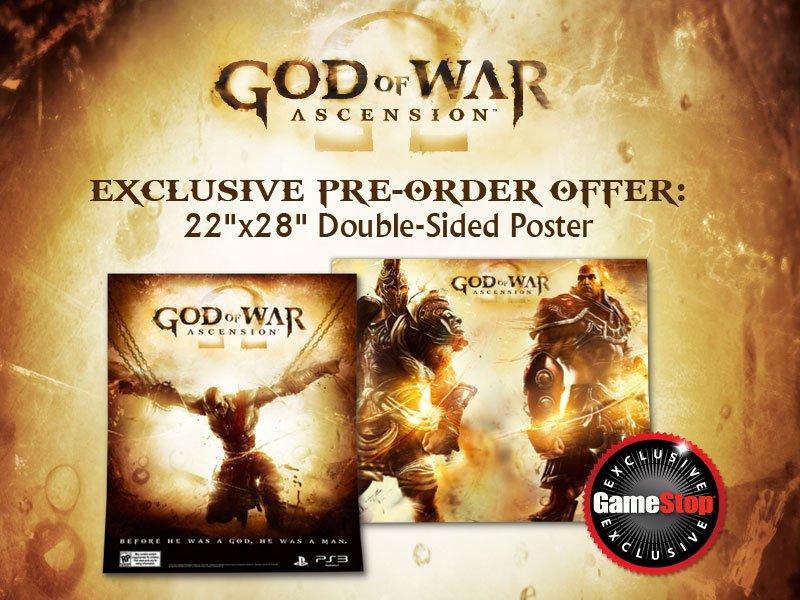