Ghost Recon: Future Soldier has its eyes forward, but it's left most of its history behind.

Ubisoft and Red Storm have returned with a new vision of Ghost Recon in Ghost Recon: Future Soldier, designed to make the series relevant again in a post Modern Warfare environment. The goal: make the once famously complicated series more user friendly than it's ever been.

Ghost Recon: Future Soldier is set in a further future than previous Tom Clancy titles, which has allowed Red Storm to dial the tech up from previous games. The most obvious example being active-camouflage, rendering the ghost team, well, invisible-ish. You can still be spotted up close if you're crouching, but if you lay prone or keep a decent distance, you'll stay hidden until you fire or a firefight begins in earnest.

Since the Ghosts are much more fragile than your standard shooter protagonists, firefights are dangerous propositions. As such, Ghost Recon: Future Soldier encourages a more methodical approach. However, tactical options feel more limited than previous games – generally, you're choosing who to shoot and when. There are occasional moments where you can sneak past patrols and emplacements without engaging. But these moments are rare, and the eagle eyes of enemies on the ground are quick to notice any miscalculations. 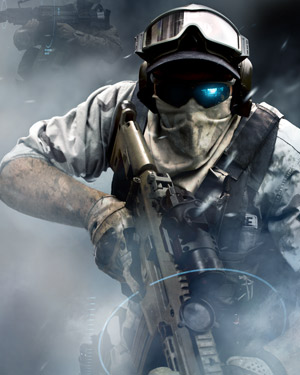 Still, abusing the Ghosts' absurd technological advantages over their enemies can be a lot of fun. Ghost Recon: Future Soldier enables you to mark enemies for your teammates for synchronized kill shots. As you designate targets, your team moves into proper position, and when used in conjunction with an aerial drone, Future Soldier almost feels like a top-down strategy title.

These moments sell the idea of battlefield awareness in a far more believable manner than the tech-heavy user interface and technical jargon that saturates Ghost Recon: Future Soldier. Piloting a drone and giving orders to your teammates is strangely satisfying, and almost puzzle-like. As Future Soldier progresses, you'll find yourself in situations where there are many more enemies than you can kill at once, leading to tense encounters where you'll need to systematically pick off clusters of enemies in the order least likely to set off the alarm. These sections would be more fun if they didn't feel so heavily dependent on trial and error – as often as not, there would be a random soldier my drone didn't spot who stumbled into some "tactical execution" in progress.

Sometimes firefights do happen, and thankfully, Ghost Recon: Future Soldier handles shooting better than Ghost Recon: Advanced Warfighter before it. The controls are responsive. Enemies go down with just a few shots and shooting on the move is deadly but risky. While Future Soldier is significantly more linear – narrow, perhaps – than even GRAW or its sequel, it doesn't feel dumb. Target prioritization is important, as is suppressing groups of enemies. If you want to succeed, you'll need to use the high-tech toys at your disposal, and doing so efficiently is a lot of fun.

Those tech toys are assisted by very aggressive presentation. Ghost Recon: Future Soldier is the latest game to emphasize steadicam angles and smooth transitions from scene to scene, and all that effort does lend a certain propulsive energy to the game. Shy of some truly hideous cutscenes before mission briefings, cutscenes that look orders of magnitude worse than the in-game graphics, Future Soldier is a good-looking game with a strong visual identity. 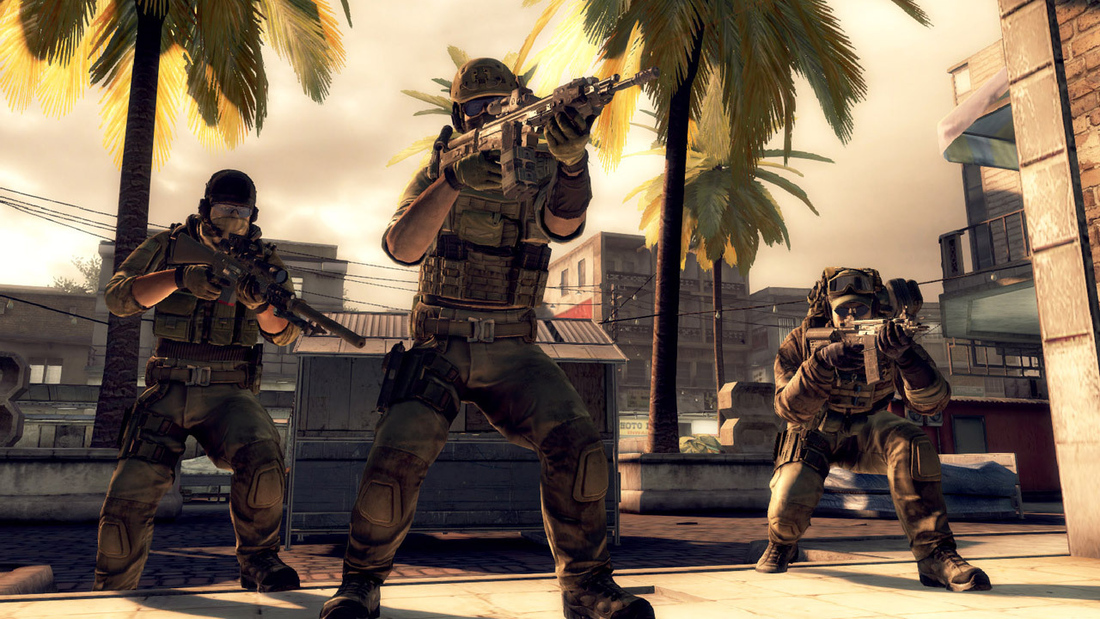 Ghost Recon: Future Soldier's Campaign has trouble finding a sense of self, and multiplayer has similar issues. The focus on smaller theatres than previous games lends a sense of "been there, done that" to things.

While players retain the same sense of fragility present in the campaign, going down after comparatively few hits, the quest for multiplayer balance scales back universal gadget access considerably. Quick deaths in the various modes also leave little room for error, and finding your footing and learning the game is difficult when you're spending as much time waiting to respawn as you are playing.

However, the weapon modification aspects of Gunsmith come into their own in multiplayer. As you play, you'll earn unlock tokens and gain access to new mods for existing weapons. It's not terribly unique, but it does allow for more personalization than most other competitors can touch.

But that visual identity has come at the cost of any sense of Future Soldier's place as a Ghost Recon title. There's little to tie it in thematically, as missions are as likely to take place in populated urban environments or industrial structures more at home in Clancy-mate Rainbow Six. And in some ways, the focus on sneaking and in-mission ad-libbing has a distinctly Splinter Cell vibe. 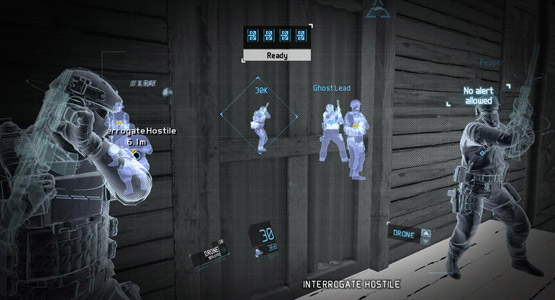 This franchise crossover feel is also apparent in Guerilla mode, which plays most like a wave-based iteration of the Terrorist Hunt mode last seen in Rainbow Six: Vegas 2. This isn't a complaint, exactly – it's effective and different than the glut of survival modes we've seen in shooters the past few years. However, the heavy focus on holding a position against enemy assaults takes precedence over the whole "Recon" thing, further watering down Ghost Recon: Future Soldier's lineage. 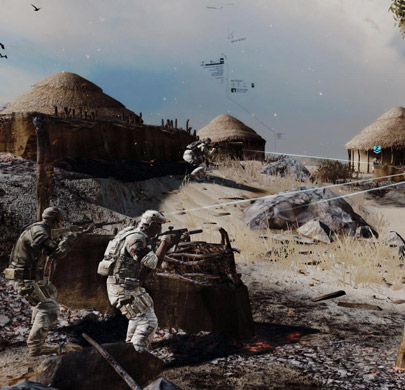 In this regard, Ghost Recon: Future Soldier will be most disappointing to the hardest core of series fans. While additions such as Gunsmith are neat, outside of competitive multiplayer, the practical applications are minor, and small details that went such a long way to sell authenticity in previous games are gone. Future Soldier is the first Clancy title I can remember that doesn't allow you to change your primary weapon's fire mode (as in, from single shot to burst to full auto, etc.).

It's a small thing, sure, but it's emblematic of a shift in focus, one that manifests in more harmful ways in the latter half of the game. Eventually, missions almost always end in extended hold-out battles against large enemy contingents, which Future Soldier just doesn't do very well. And worse, the latest Ghost Recon culminates in an extended chase sequence that violates every rule of engagement and bit of design philosophy present in the eleven or so hours that came before. It's terribly executed.

Future Soldier leaves the past behind, but struggles to find a new role

While the last half hour doesn't ruin Ghost Recon: Future Soldier, it is a disappointing coda to a game struggling to find a reason to exist. There are glimmers of Red Storm's previous dedication to authenticity and feel, but in a quest for a wider audience, Future Soldier loses sight of the series' earlier appeal, and struggles to find a new role. Wherever the future lies for Future Soldier, Ubisoft has left its past behind.