I heaped plenty of praise on Telltale's The Walking Dead.

"Episode One" was a tense thriller with an unprecedented amount of player control over the narrative. But I neglected to mention how great a game it is for couples, something I learned while playing throughThe Walking Dead - Episode Two last week.

Thanks to the nebulous structure of The Walking Dead's branching narrative, there's only so much I can spoil for you by attempting to recap the first episode, as my spoilers may not even be your spoilers. Suffice it to say our band of survivors (led by escaped convict Lee, the player character) begins "Episode Two" still trying to find a safe place to wait out the zombie apocalypse. Set some three months after "Episode One," the group may have found some hope of salvation as they meet two brothers from a local dairy farm. 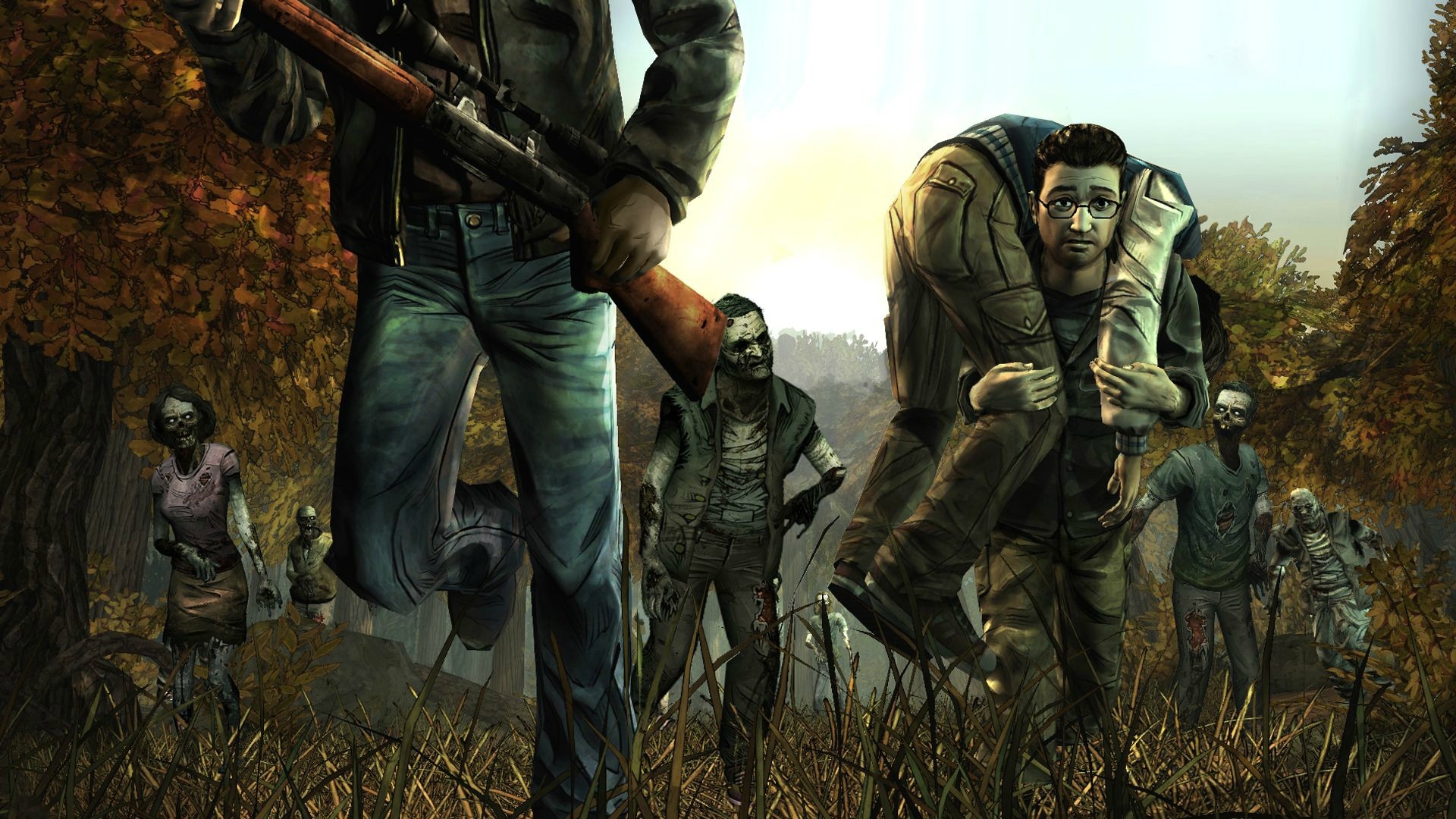 ... And that's all I can say. After a benign beginning and a middle that frankly even lulls,The Walking Dead - Episode Two builds to a terrifying, thrilling, bizarre, and sad climax I wouldn't dare spoil for you here. You may see where the story is headed at some point during the episode, but you're still gonna be shocked when the game actually goes there.

EVEN IF YOU SEE WHERE IT'S HEADED, THE WALKING DEAD - EPISODE TWO REMAINS SHOCKING

And if you can, be shocked with a friend. The Walking Dead isn't at its strongest when Lee is under attack from the undead - that's a binary question of "defend yourself" or "die." No, Telltale's latest is at its best when in the middle of a tense moment you have to help him choose sides in a fight (such as in the constant struggle for power between Air Force staffer Lilly and backwoods dad Kenny) or defuse a conflict. While it can certainly be stressful making these timed decisions by yourself, making them as a team is a fantastic way to get to know your friend or partner.

My wife Sydnee and I passed the controller as we went through the episode and frequently found ourselves on opposite sides of a fight with literally seconds to resolve our disagreement. It was like dizzyingly accelerated couples counseling. She'd want to back Kenny when Lilly's logic seemed irrefutable. I picked up the taser, but then she wanted the scythe when she found we could only carry one. And I couldn't believe that she'd actually want to rescue [redacted] when [redacted] had always been so [redacted] to us.

By the end of the two-hour episode ... well, we were frankly just happy to have a friendly face close by, so brutal were those final minutes.

Only technical hiccups broke The Walking Dead - Episode Two's spell - too few checkpoints, too much graphical stuttering, and even one complete freeze. I know that Telltale has a certain pace to keep with these releases, but the rest of the game is so astounding I hate to see it marred by these not-insignificant stumbles.

This is incredibly ambitious game design, and it's fulfilling a promise of games as interactive storytelling in a way that so many others seem content to phone in or ignore all together. To have a game that not only focuses on story but tells one compelling enough to keep thinking about once the console is off? That's something no one should miss.