Lightbox Interactive has high ambitions for the spiritual successor to Warhawk, but Starhawk seems most comfortable on the ground.

Starhawk represents something of a second chance for developer Lightbox Interactive. While the team's previous title Warhawk – developed while at Incognito Entertainment – saw some moderate success among a very passionate, limited audience, it was dinged by critics and players alike for its multiplayer-only approach early on in this console generation.

With Starhawk, Lightbox is trying to make good, but it isn't what you probably think it is. While the addition of a story and a campaign clearly represents a direct response to Warhawk's detractors, Lightbox has added some new tricks in the form of real-time strategy elements – the "Build n' Battle" system – something a retail action title hasn't experimented with since 2009's disastrous Brutal Legend. Starhawk pushes that even further with an added emphasis on tower defense mechanics.

But the developers at Lightbox were so busy pushing past Warhawk's basic gameplay foundation that they didn't stop to make sure everything fit together. Starhawk is a bold experiment in mixed genres that just barely gets off the ground.

Starhawk tumbles almost right away, with a campaign that falls prey to the cliches of the "bot scenario as ‘level'." While Starhawk gestures in the direction of a story, moments of exposition feel more like the trailer for a story than actual plot. Main character Emmett is a jerk with baggage, but Lightbox does little to develop him outside of some broad strokes regarding family, revenge, and, well, quotas, or something.

The world is never fleshed out beyond its basic premise: on the interstellar frontier, everyone harvests "rift energy." Rift energy is worth a fortune, but has an unfortunate side effect: it sometimes turns people into mutant "Outcasts." The gold-rush-styled Rifters are determined to stake their rift energy claims and defend themselves against outcasts, and the Cowboys-and-Indians (meaning Native Americans) motif is complete. 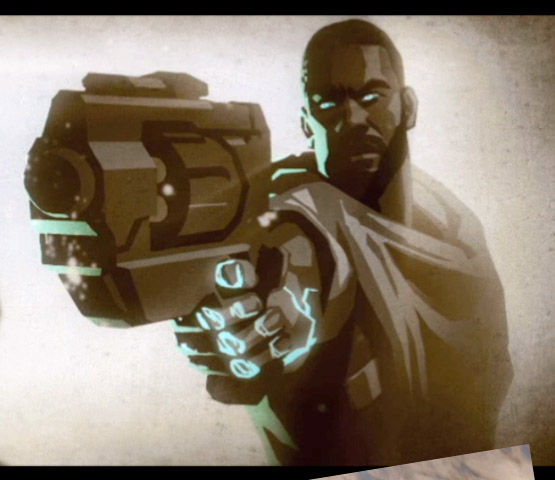 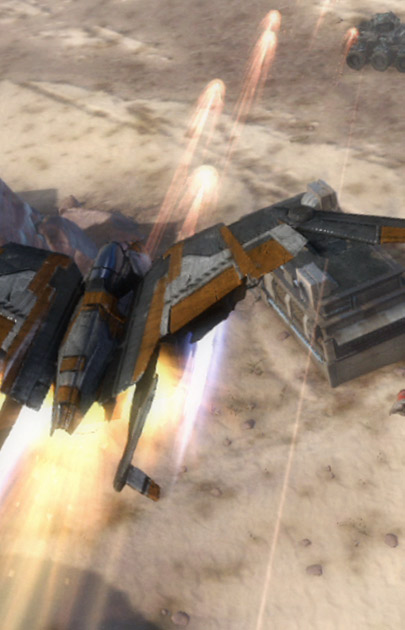 While Starhawk does almost nothing with all the potential inherent in the space-Wild-West setting, it does serve to give the game an identity that sets it apart from the more predictable shooter motifs. And the Hawks stand out.

The titular mechs of Starhawk are so promising at first. They look cool. There are lots of moving parts and Transformers' style sound effects - there's even a hawk screech when you boost. And it's clear throughout the game that Lightbox felt that Hawks were their big-ticket item. How's that, you ask? When you jump into a Hawk, there's goddamned theme music that plays.

So it's bizarre how toothless (beak-less?) the Hawks are, given, well, that the game is called Starhawk. While jumping your mech into the air and transforming into a space-jet will be cool forever, flying around the battlefield is boring. They're just not very good killers, and the Hawks are fragile to boot. Pilots will chase each other around without much to show for it, or get shot down by defense platforms, or land, transform, and get taken out by a grenade or two. 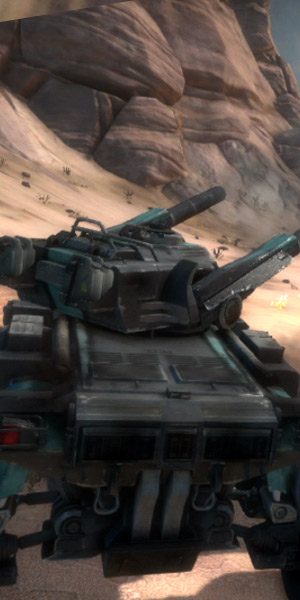 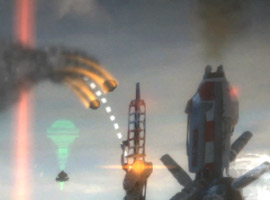 There's quite a lot of fragility to go around. Vehicles can't take much punishment before they're scattered around the wasteland in pieces. Some help is found in repair stations that can be called down virtually anywhere on the map, though this can lead to some murderously unbalanced matchups.

At one point I successfully suppressed half of the other team's base by building a repair station in a nook off a main thoroughfare into their base, and rolled out in quick bursts, taking heavy potshots at their structures and troops with a tank, any damage I took repaired right away.

This went on for 10 minutes. And yet, suppressed as the other team were, it didn't make much difference to my team's eventual loss. Games often went on and on without a clear victor, or with an early score on one side and multiple minutes of little progress in either direction. Fifteen minutes feels like an eternity, especially to sit at a stalemate. So much of Starhawk's basic gameplay elements seem tailored to defending a point, rather than attacking one.

In fact, Starhawk seems most comfortable at its most narrow, mechanically speaking. The oddly-named co-op mode is actually a wave based survival mode – or at least, that's what it seemed like at first. After several failed attempts to play the game with a third-person shooter mindset, my teammates and I had an epiphany: Starhawk exists most successfully as a sort-of tower defense game.

As we went through the tedium of letting a single enemy survive so we could farm rift-energy and build out appropriate defenses for our rift reactor to survive the next wave, Starhawk came as close as it ever did to finding its footing. This revelation recast my entire experience with the game, and how I played online. Instead of rushing off, I figured out how best to dig in and make trouble, and ended up near the top of my team pretty regularly.

This is something Starhawk never makes much of an effort to explain. While the campaign has you build a structure or two, it's always presented as a means to an end, that end being you zipping off in a vehicle. While there are a few defense scenarios, the enemy offense is so trivial that there's hardly any reason to think about the tower defense aspect. It took a total fluke in co-op to teach me a fundamental aspect of Starhawk's design, which is supposed to be the campaign's job in a game like this – it's certainly not good for much else.

I still wasn't having much fun though, and that's Starhawk's biggest problem. While Starhawk tries for an awful lot with its Build-n-Battle system, none of it feels very developed. On the larger maps with 32 player counts, there's a 32 building limit imposed on the entire team, which effectively corrals teams into one main outpost, rather than allowing for the sorts of base pushes that define build-based RTS games that Starhawk pays lip service to.

And the third-person combat isn't particularly well executed. Guns fire with a roar and hit like a pebble, and the default rifle usually takes more than a full clip to take out a single infantry unit – it's more effective to spam grenades, be your enemy man, tank, or Hawk.

Along with controls that seem squirrely and inaccurate for a shooter, this last part seems the most likely culprit with regards to how pedestrian everything feels. I did have some great moments in Starhawk. Spawning via drop pod on top of an enemy Hawk in mid-air, dropping a factory on a tank, building a tiny spawn outpost next to the enemy base – these were momentary triumphs. But capital "M" Moments in online multiplayer games must be glued together by strong fundamentals, and Starhawk struggles to get off the ground. 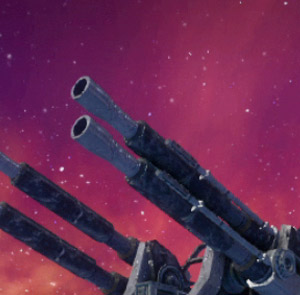 Starhawk seems most comfortable at its most narrow 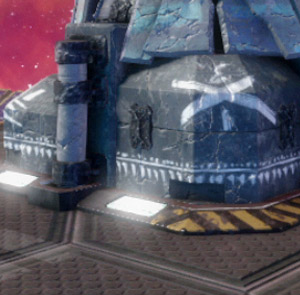 Starhawk isn't a bad game, but its pieces don't quite fit together

It's not that Starhawk is a bad game. It's not offensive, and it demonstrates a surprisingly broad range of influences in its attempts to be something different in the online shooter space. But Starhawk feels half-there, like its pieces don't quite fit together, and it can't keep pace with other, better multiplayer titles out there.