CD Projekt Red brings the action-RPG to adults with The Witcher 2 – but no one said it's easy being a grown-up.

It's uncommon to find a game as willing to be as ugly as The Witcher 2 is. Don't get me wrong – it's a beautiful game from a visual perspective, with a wonderful sense of light and shadow, and a lot of care has gone into its construction. But the world of The Witcher 2 is a ruthless, unapologetically harsh place. It's easy to appreciate something that feels so adult amidst peers that seem so juvenile, so often.

Somewhere along the way though, developer CDProject Red almost lets its ambitious sequel to 2007's The Witcher get away from it, and the Polish studio just manages to hold onto the reins. The Witcher 2 stumbles plenty, stubborn in its lack of communication with the player and often failing to meet those aforementioned ambitions. But a clear sense of character, place and tone lets CD Projekt Red's violent epic pick itself up and largely succeed as a game confident in its own identity.

(Eds' note: While this month's release of The Witcher 2 is the 'Enhanced Edition,' all of the improvements and additional content added are available as an update to last year's original PC release. As Polygon did not review the original Witcher 2 release, this review addresses the game as a whole, and not simply the new content and value proposition of this 'Enhanced Edition.') 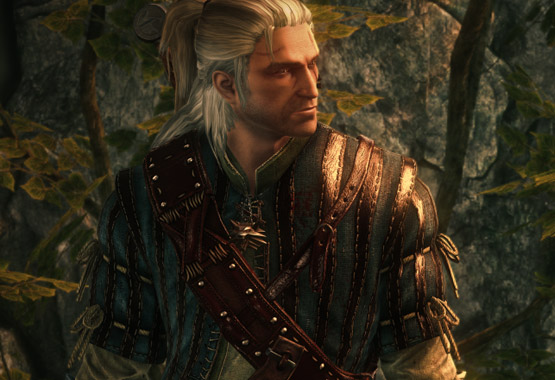 The Witcher 2's structure most closely resembles the Fable series

You'll be forgiven some confusion for the first half hour of The Witcher 2 as it whips from scene to scene in the present and past. Eventually, the premise comes together: a King is dead, the witcher Geralt is blamed, and it's up to you to catch the killer and clear your name. Luckily, witching work, with its emphasis on combat magic, potion use, and general ass-kickery, is well suited to a life on the run in search of a kingslayer.

This setup is somewhat misleading, though. In contrast to the numbingly ambitious and often undercooked execution of other eastern European developed action-RPGs, The Witcher 2 instead takes a more comfortable path; in structure, The Witcher 2 most resembles the Fable series, with primary quest hubs that send you over the same areas multiple times to find different items, locations, and enemies.

While this means a world with less potential for navigation and discovery, it results in a more approachable game than its predecessor and geographical peers. But The Witcher 2 brings in basic mechanical quirks with more depth than the likes of Fable, particularly in its crafting, which affects almost every aspect of the game. Ingredients found around the world can be used to create potions, traps, weapons and armor – as well as upgrades for the latter – and each is important. Meditating before battle is vital, that Geralt might consume potions to enhance his abilities temporarily, and laying traps in advance of an encounter can often even the odds against superior numbers. You'll need the help.

The Witcher 2 spent its first third brutalizing me in the workings of its combat. The lesson was simple at its base: use everything at your disposal or die. Traps, spells, dodging, dirty tricks – all of it's necessary to survive. And by survive, I mean not die. The Witcher 2's native language is death, and it's really the only feedback language that CD Projekt Red thought to make their game fluent in. When I made more than one mistake in a row, I was more often than not looking at a loading screen shortly thereafter. 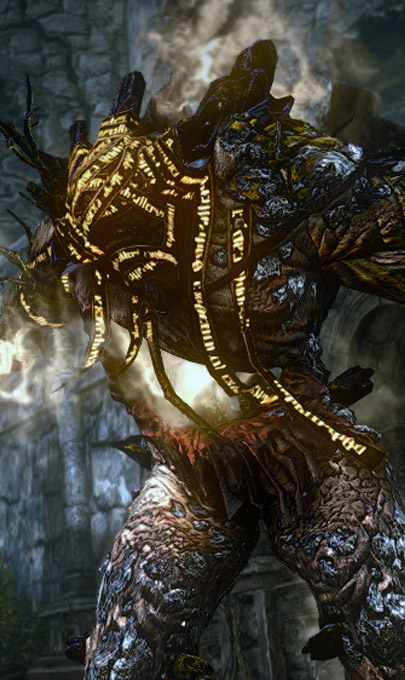 After all of that education, there was a good few hours of The Witcher 2 where combat clicked completely. I was powerful enough to carve through enemies, but I had to be deliberate about it. It achieved an equilibrium between challenge and power that sets good combat apart from functional combat. But just a couple of hours after that, things started sliding the other way. 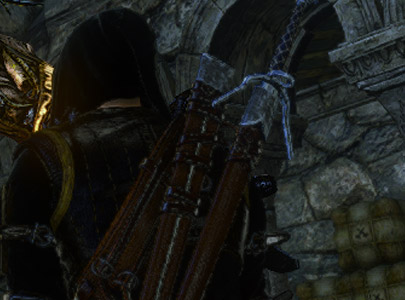 I reached a point halfway through Chapter 2 where strategy was no longer necessary. I was cutting my way through entire tribes of nekkers and rotfiends, through flocks of harpies and flights of wraiths with little effort. And to add to my confusion, some encounters actively punished my attempts at strategy – games of cat and mouse resulted in a fast death, while rushing headfirst with silver sword gleaming was the key to quick success. 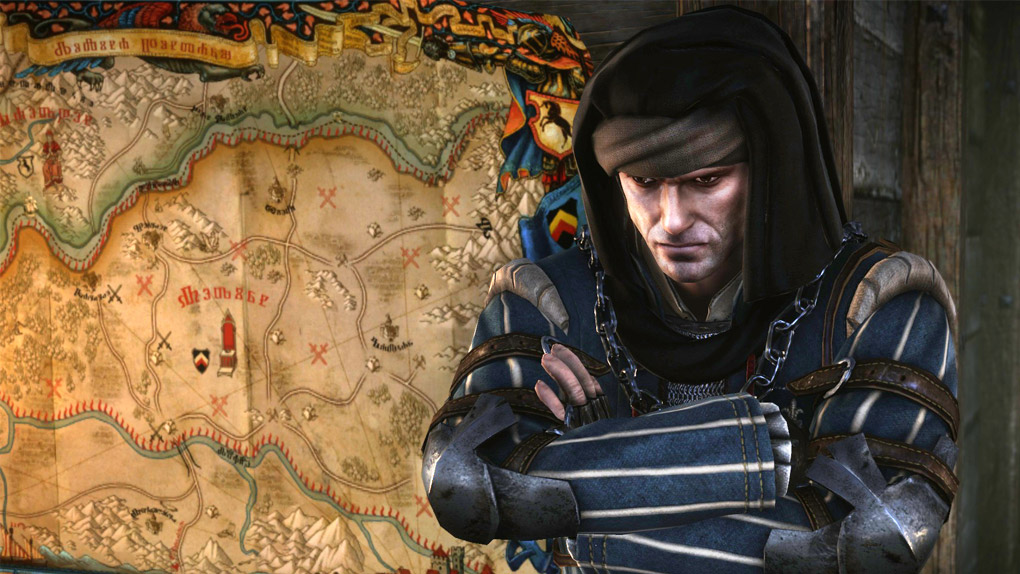 The Witcher 2 was the quintessential example of a high-end PC game, one that made it a sport of kicking the crap out of PC rigs of all shapes and sizes.

Somehow, CD Projekt Red has managed to bring over The Witcher 2 without compromising the game's design in any way that I can see (or that I've seen anyone online complain about, for that matter), in many ways the game actually looks better. The textures aren't as sharp, and some effects are running at a lower resolution than on the PC version, but in areas like lighting, the 360 version handily trumps the 2011 release. The 360 version is an impressive technical achievement, and performance stays near or at 30 frames per second almost all the time.

All of the improvements found in the 360 release of The Witcher 2 Enhanced Edition are present in the PC release as well, and CD Projekt Red has also updated last year's Witcher 2 release. Still, console players have been done right this time around.

Once The Witcher 2 hit this point, it never looked back, save for random fights where, say, I'd be surrounded by four mages using lightning shields, throwing lightning bolts and fireballs in a small chamber with all sorts of scenery to get caught on. The Witcher 2's maddening collision detection is only a problem here and there early on, but toward the latter half of the game, it became a serious liability, especially during large battles with five or more active opponents.

While the combat speaks bluntly (though practically) through murder, The Witcher 2 is content to let its other systems be interpreted, instead of making any serious efforts to educate.

The game never establishes a sort of common visual indication of "this is where you should be paying attention," and given that objectives have very narrow paths of approach, this led to many moments where I found myself scratching my head where to go next or who to talk to – and don't get me started on The Witcher 2's map. Mutagens are another example of The Witcher 2's inscrutability. It's never explained how they're applied to skills, or what logic determines what skills they can apply to – which left me to consult a wiki to even know what button to push where.

CD Projekt Red is content to let The Witcher 2 be interpreted, rather than making any serious efforts to educate 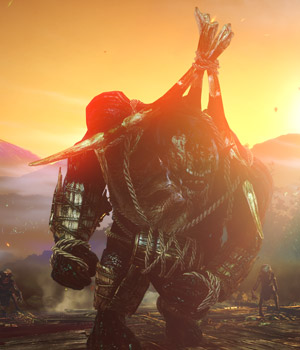 All of these things contributed to a sense of fatigue. The visual splendor and novelty wore off and couldn't mask The Witcher 2's shakier moments of execution. From a design perspective, The Witcher 2 lost much of its momentum after a very confident first half, and it felt like CD Projekt Red were trying to pad out sections where they had bitten off more than they could chew. The Witcher 2 bends under the weight of its own ambition, and the world that it depicts is left to hold things up. 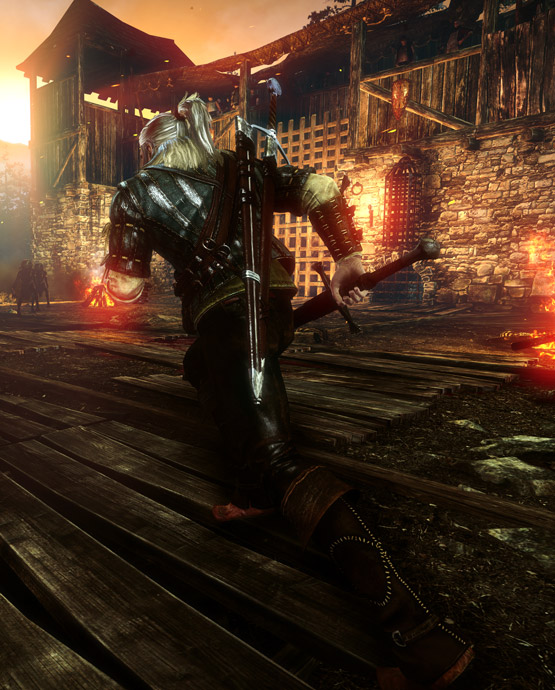 That world is one of The Witcher 2's greatest strengths. It's not just a "living, breathing" world. It's a living, eating, fighting, f*cking, swearing, desperate world that feels like the most important things happening aren't affected at all by Geralt's existence. Different factions and individuals don't just seek to play Geralt toward their interests, they succeed.

There's no plucky hero moment where Geralt turns everyone against each other and gets off easy. There's a point in The Witcher 2 where you have to choose which side will use you in the way that fits your interests most, and there's something distinctive about how dirtied everything and everyone is.

I would have enjoyed some more likable characters though. While The Witcher 2 does well to establish the motivations behind almost every major character, I didn't like any of them very much. Sure, they make sense, and sure, they're believable, but everyone is such an asshole that picking a side almost seems academic. I'll grant that it's a delicate balancing act that probably falls as much to taste as anything else, and few games build characters well enough to make liking them as people (or not) an issue at all.

CD Projekt Red has made an interesting, adult game, rough edges and all

The Witcher 2 is a rare kind of game. In a sea of friendly, focus-tested titles from big publishers, it operates without much compromise. While that lack of compromise or looking back causes a fair amount of frustration and hassle throughout The Witcher 2's 30 hours-or-so campaign, it's impossible not to respect what CD Projekt Red has achieved: an adult action-RPG that doesn't talk down to its players – even when they're tripping over the scenery.