007 Legends is a cynical, dismal game without a hint of care

It is my sincere hope that 007 Legends is the Die Another Day of Bond video games.

Toward the end of Pierce Brosnan's reign as the super spy, the series had come to stand for all that was wrong with Hollywood blockbusters. There was no celluloid sin too egregious for Die Another Day, from special effects flash over story substance, to one-dimensional characters and tin-eared dialogue.

See, at some point after Die Another Day, Bond's stewards at Eon Productions realized that since people seemed to enjoy the character, it might be worth the effort to make a good movie about him rather than ... well, whatever the series had become.

Activision hasn't had this realization.

007 Legends stitches together some of Bond's most memorable moments from Goldfinger, On Her Majesty's Secret Service, Moonraker, License to Kill and (appropriately) Die Another Day into one supremely underwhelming first-person shooter. Bond has been injured, and as he plunges into unconsciousness, he reflects on his past exploits.

A guy doing a lackluster Daniel Craig impression replaces Connery and his fellow bearers of the Bond mantle, which will either perplex you or send you into hives, depending on your tolerance for that sort of thing. Some of the original dialogue, music and even actors (like Richard Kiel as Jaws and Robert Davi as Frank Sanchez) have been transplanted in.

The revisited Bond films have been blanketed in a foul, cheesy layer of shoddy game design 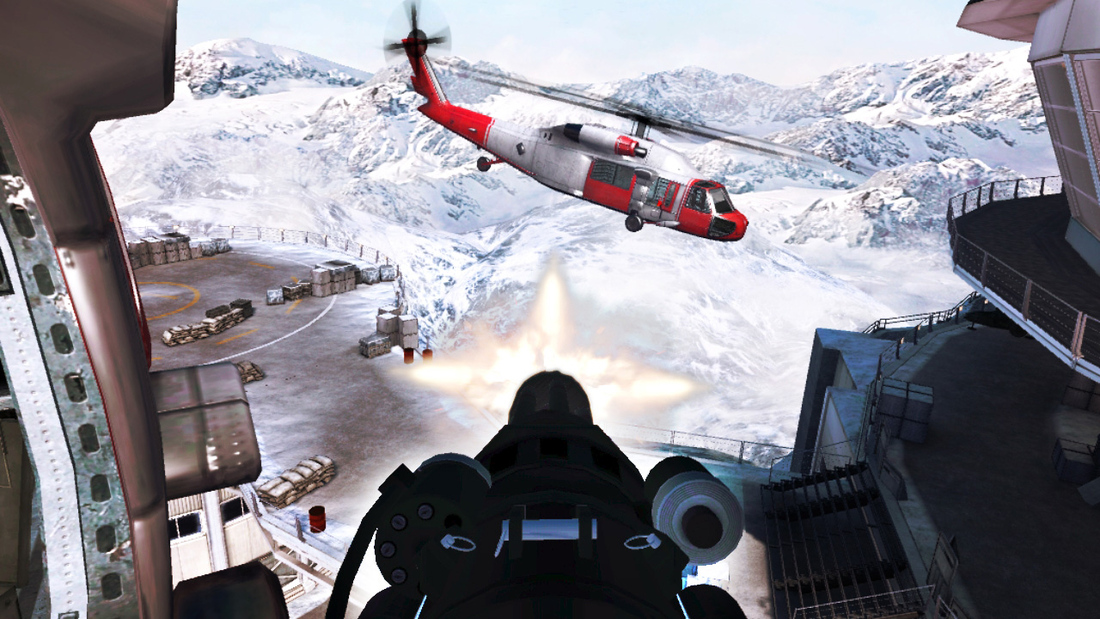 Regardless of how you feel about how developer Eurocom's revisionist Bond history, the true sin is the way the films have been blanketed in a foul, cheesy layer of shoddy game design. 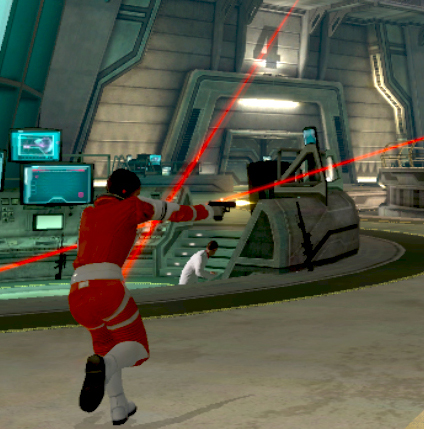 Have you played Call of Duty? Well, 007 Legends is sort of like that, only without any of the interesting moments, detailed environments or well-composed action sequences. Enemies practically throw themselves into your path or ignore you entirely. When the solution isn't to run from one end of the level without firing a shot and just stopping occasionally for your health to refill, it's systematically walking from one enemy to the next and ventilating them with a single shotgun blast. With 007 Legends' overactive aim assist, targeting is never really a concern and the abundance of ammo means you need never spare a bullet.

As in Call of Duty, you earn experience for multiple kills with a single weapon or attachment. That experience can be spent on other attachments (some of which inexplicably don't connect to certain weapons) or "training modules" that increase your health, stealth or aiming speed. Once you've found a set of weapons and modules that work, there's little reason to keep investing points, so I ended the campaign with a plethora of unspent experience.

007 Legends is a pastiche of other first-person shooters assembled with no concern or understanding of what made them great in the first place. Aside from a brief zero-G interlude in the Moonraker section, there does not appear to be a single fresh, interesting idea on the entire disc.

When you're not in a sloppy gun battle, 007 Legends introduces perhaps the dullest melee combat ever conceived. Every "boss battle" is a glorified quick-time event where you land punches by pressing the analog sticks in whatever direction you're prompted. That's right: You square off against Bond's greatest foes and press your analog sticks at them.

At least melee and gunfights are just boring — 007 Legends' forced, instant-fail stealth sequences are openly player-hostile. Enemies all appear to be a human-like species that has evolved telescopic vision in exchange for an inability to see a large, handsome Brit standing directly next to them. Without vision cones, decent radar or, like, any part of a modern stealth mechanic, making it from A to B is also an exercise in luck and guesswork.

If you're wondering where the bad driving sequences are, don't worry — there are two of them, and they are dazzlingly unpleasant. In the first, you're given the nigh-impossible task of avoiding rockets being launched at you. You know, in a car. In the second, you have to avoid sky lasers and then shoot, like, 30 rockets at some other dude. Again, in a car. That second one sounds fun, I know, but don't be fooled! It's on ice.

For the no percent of people who'll want a second helping after the five-or six-hour campaign is complete, there is a series of ten challenges you can take on as either Bond or an arch enemy. Of course, the two I played were as poorly balanced and designed as the campaign, so I can't really recommend it. The good news is that on one I was able to get four out of five stars and an achievement by sprinting to the end and ignoring all the enemies.

There's also multiplayer. The deathmatch (called "Legends") is worth flipping on once for the novelty of seeing classic villains battling each other a la GoldenEye, but I had trouble finding matches even on the first few days after release. The only lasting multiplayer draw for 007 Legends will almost certainly be the four-player split-screen battles, though boring weapons and maps make them little more than a novelty.

Not a single mechanic in 007 Legends has a good goddamned thing to do with being a spy. Breaking down 007 Legends' failures to its shooter nuts and bolts misses the real problem and (perhaps) the solution for how Activision could start to dig itself out of this hole: After a promising start in GoldenEye and GoldenEye Reloaded, Eurocom ignores what makes this character cool and durable, and the result is a mushy, unrecognizable mess. 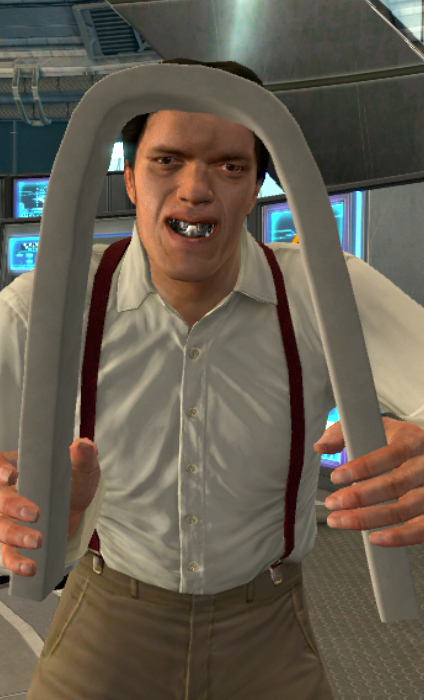 007 Legends is a cynical, dismal game without a hint of care

Maybe starting from square one with Bond as a character and building a new game around what makes him tick is asking too much. Maybe Activision isn't willing to make the investment a Casino Royale would require. But even a hint of care, a few fleeting moments of inspiration or a base level of craftsmanship would be an improvement on this cynical, dismal little game.