erect a home for Sonic and Knuckles

Share All sharing options for: Sonic the Hedgehog Erector sets now available at Toys R Us

Sonic the Hedgehog is back in the land of toys with five Erector sets available exclusively at Toys R Us, Erector announced today.

The partnership between Sega and Erector has produced three playsets from iconic Sonic the Hedgehog levels, and two vehicles from Sonic & Sega All-Stars Racing, ranging in price from $14.99 to $79.99. Here are the details from Meccano, the French company that owns the Erector brand:

Each playset comes with its own collectible Chaos Emerald, so we're wondering if Erector and Sega will release four more at some point. In addition, players can combine the sets for "one awesome world of endless action and play," according to Erector.

"It's so exciting to be able to put this legendary video game character into kids' hands with Erector's innovative construction play system," said Florence Milard, marketing communications manager for Meccano.

A video from Meccano shows off assembly of the Chemical Plant Racing Tracks set and the two vehicles that travel around it with their pull-back motors. We're not sure why it isn't scored to the Chemical Plant Zone theme from Sonic the Hedgehog 2, but either way, you can watch it below. 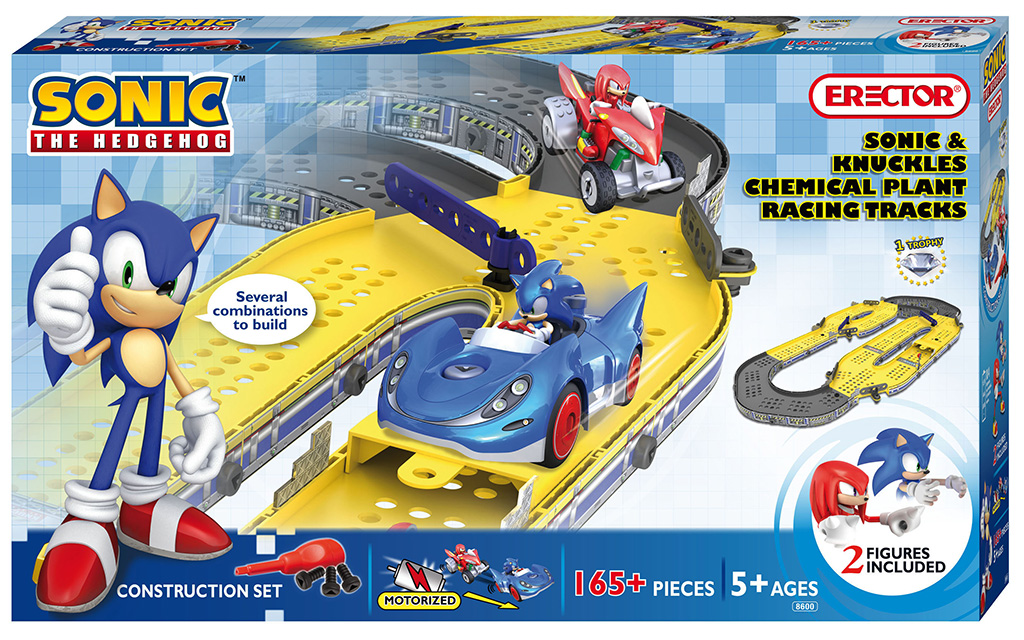