A successful Shadowgate could pave the way for new Deja Vu, other MacVentures

Share All sharing options for: A successful Shadowgate could pave the way for new Deja Vu, other MacVentures

Terror was not one of the Nintendo Entertainment System's major exports. Few games of the era — and even fewer games of the platform — were designed to strike fear into the hearts of their players. One company sought to corner the horror market on Nintendo's console: ICOM Simulations, creators of the MacVenture series of adventure titles.

Three games from that series, which started on Macintosh computers before being ported by Japanese publisher Kemco, made their way to the NES: Deja Vu, a gritty detective story full of pulp, intrigue and murder; Uninvited, a haunted house horror story; and the series' most popular entry on the system: Shadowgate, a fantasy title that cast the player as a highborn hero, who must face the perils of an enormous castle to end the reign of the evil Warlock Lord.

It's that unique genre monopoly that David Marsh and Karl Roelofs — former ICOM developers who co-founded their own studio, Zojoi, earlier this year — are counting on to make their Kickstarter drive to fund a "re-imagining" ofShadowgate for PC and Mac (and, a bit down the line, tablets) a success.

"Shadowgate has this huge NES audience, and it's really the first game that really kind of broke the sidescroller mentality on the NES," Marsh told Polygon in a recent interview. "I think that there's a market of people who loved that game, love that music, who played it a lot. We're hoping that there are going to be folks who are still interested in this, and in first-person adventures."

Zojoi is investing its entire livelihood on that genre still finding an audience; the company has acquired rights not only to Shadowgate, but also to the remainder of the MacVenture series. Depending on how successful theShadowgate Kickstarter is (not to mention the reception to the finished game, which is slated for November 2013), Zojoi could also reboot Deja Vu, Uninvited or any number of ICOM's other adventure games. 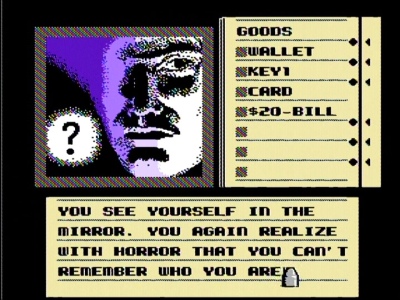 "Karl and I talk all the time about how we just want to work, 100 percent of the time, on Shadowgate."

"We've definitely talked about it," Marsh said. "We spent a lot of money and time on making sure we could secure these, so I really want to take advantage of them. People ask a lot about Deja Vu and Uninvited. But most people ask me about Shadowgate. We definitely do talk a lot about what the next one is we'd want to make. Part of it is, to be honest, is to see what kind of appetite people have for this new Shadowgate."

Gamers certainly had an appetite for MacVenture titles in the late 1980s and early 1990s. The games were lightweight, requiring small teams using primitive software like Deluxe Paint, and could easily be ported to "everything under the sun," Marsh said. ICOM was successful, and prolific — almost too prolific, as splinter development teams dove into projects that sometimes never saw the light of day. 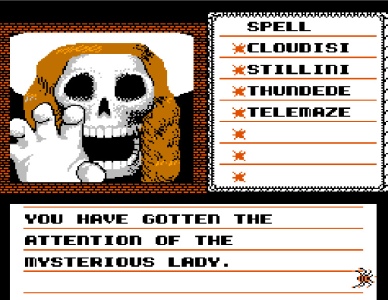 Those missing projects include Helios, a science fiction "meteor-gonna-strike-the-earth" title in the same vein as ICOM's other first-person adventure titles. Another was titled Gossip, which cast the player as a gossip columnist working for a magazine in San Francisco; a plot which Marsh laughingly described.

"Helios was actually worse; it was being developed by a friend of our boss in Hawaii. I actually flew out there, it's a funny story. I had only been working for the company for maybe three months, and I had just come off of doing Shadowgate, which Karl and I did in our bedroom, you know. We were kids. I flew out to Hawaii, and met with these guys, and they had designed this entire game: You had to find parts of a missile, and you had to launch it, and it was just ... it was crazy.

"Anyway, we canceled it when I got back from Hawaii," Marsh added. "But I had a great trip!" 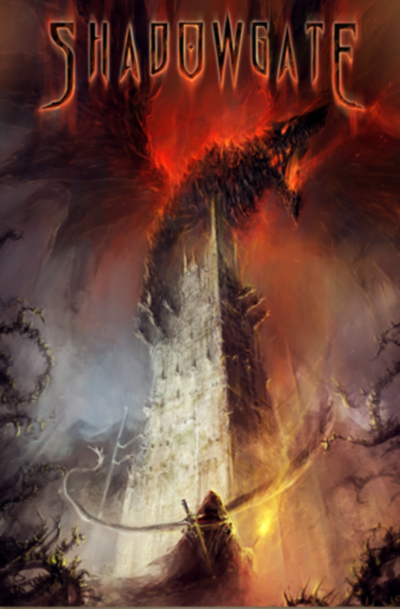 Though the NES era was good to ICOM, the following generation of consoles weren't nearly as conducive to the sort of adventure titles that the studio liked to create. When ICOM was acquired by the eerily similarly named Viacom, its efforts were refocused from adventure games to licensed platformers; many of which were from the network's MTV and Nickelodeon franchises.

The creators of Shadowgate and Deja Vu were working on video game adaptations of Beavis and Butthead, Guts and Rocko's Modern Life.

The team was dismantled in 1997, just four years after being acquired and renamed Viacom New Media. Before the ship went down, Eugene Evans — a former ICOM employee and founder of Infinite Ventures — asked for Marsh's help in securing the IP that the team had created. He successfully got the rights to the whole lot "in a bundle," which Infinite Ventures held onto through this past January, when they were passed back to Marsh and the team at Zojoi.

"It was very fortuitous," Marsh said. "We've always kept in touch and gotten together, so it worked out really well when I called him up and said, 'I'd really like to do something with this again,' and he said, 'There's nobody I'd rather have, nobody's hands I'd rather have them in.'"

In an era where irresponsible media acquisitions claimed the lives of countless development studios, it's rare for an intellectual property's trajectory to be that straightforward. So many gaming franchises went down with the ship, so to say, tied up in legal struggles over IP ownership. Marsh and Evans' foresight saved Shadowgate from a similar fate.

"We'd love to pound out and do Beyond Shadowgate."

"We always viewed Shadowgate as something that could have been something really neat," Marsh said. "While King's Quest and a lot of the Ultima games kept going out, a lot of the Sierra games were doing well and they continued to make sequels — we always thought we could do that. It just never worked out that way."

Shadowgate actually did have a sequel; Beyond Shadowgate, which only found a very small circulation on TurboGrafx 16. The game was actually fully programmed for Mac, Marsh revealed, but before development could be completed, the Viacom acquisition left the title shelved for good.

Though there's no lack of love for any of the old MacVenture games at Zojoi, Marsh said his heart belongs to Shadowgate.

"If there's a great reception, we'd love to pound out and do Beyond Shadowgate, which had this great design as well," Marsh said. "Karl and I talk all the time about how we just want to work, 100 percent of the time, on Shadowgate."

The author of this article was a backer for the Shadowgate Kickstarter campaign, at the $60 pledge level. This backing took place before Polygon’s ethics policy regarding Kickstarter was updated. You can read our ethics policy here.