An image for what appears to be a promotional poster for Grand Theft Auto 5 popped up on a Polish gaming forum over the weekend, showing a Spring 2013 release for the game on the PlayStation 3 and Xbox 360.

The poster on GTA-FIVE.pl includes an image released by developer Rockstar Games earlier this month, showing two men with weapons coming out of a van, and an image previously unreleased, which shows a man seen briefly in the original GTA 5 trailer released last year.

The poster's leak comes about two weeks before Game Informer's cover story about the upcoming game is due to hit their December issue.

We have reached out to Rockstar Games to see if they can verify the poster's authenticity. 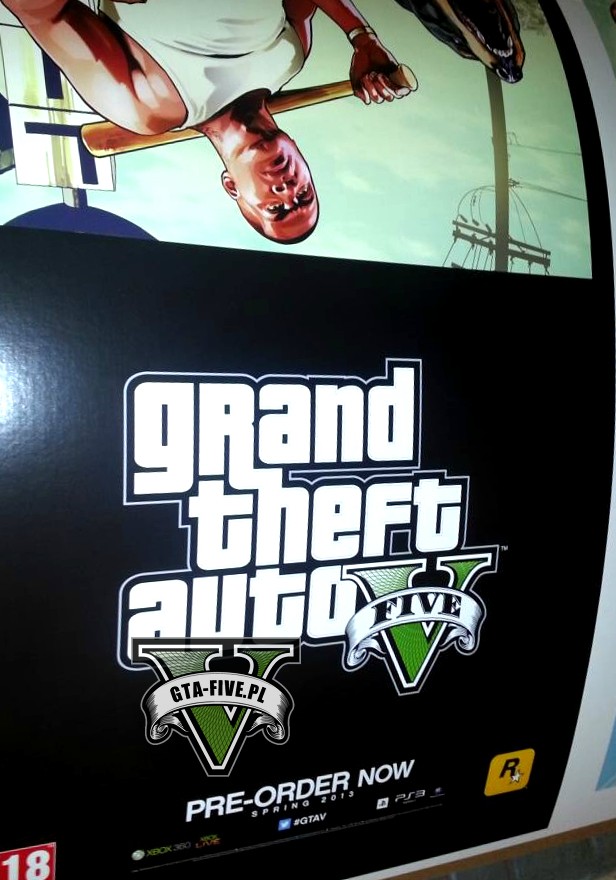