Bad Trip turns one man's memories into a video game

Share All sharing options for: Bad Trip turns one man's memories into a video game

Alan Kwan is an artist, a film-maker, a technologist. And memories are his medium.

Early next year, he plans to open the doors to what he describes as a virtual recreation of his mind, allowing everyone to come in and explore the more than year's worth of video and audio captured from a special camera rigged to his glasses. Everything, from the mundane to the titillating, the absurd to the obscene, is scattered throughout a surreal landscape of shimmering black and white houses and walking trees.

Bad Trip is Kwan's real-life interpretation of Being John Malkovich, his take on Eternal Sunshine of the Spotless Mind. But it's also just the beginning. Kwan hopes this "clone" of himself inspires others to join in, to hack his memories, to share and steal video moments to create their own false memories and even, one day, full films.

"Bad Trip is like a digital clone of my mind and it expands as my experience increases," Kwan said. "Every night I upload my memories to the system and then build houses and add some different interiors and then add some memories to it. 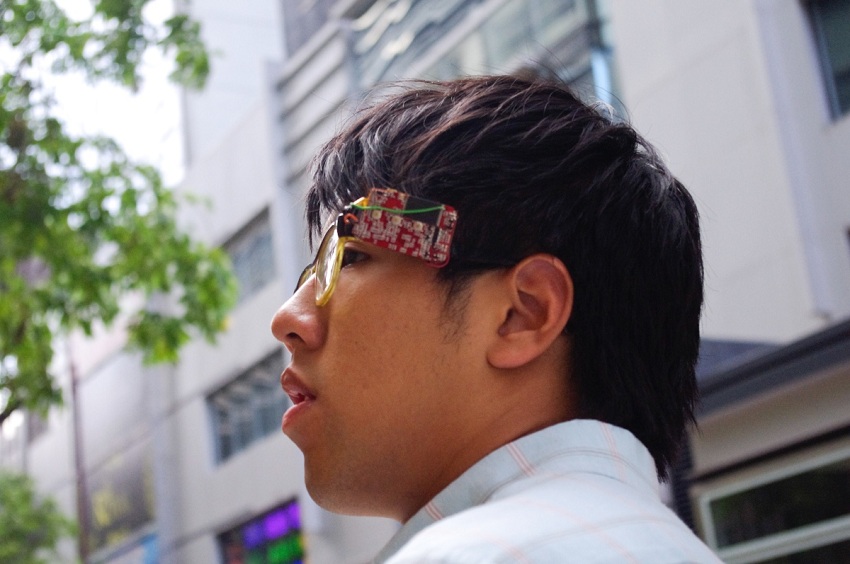 The Bad Trip installation started out as a video-driven total recall system, Kwan told Polygon in a Skype interview from his home in Hong Kong.

Last November, the 22-year-old recent graduate from the City University School of Creative Media in Hong Kong, started recording all of his waking moments with a tiny video camera he attached to a pair of glasses. He records non-stop for 10 hours every day, capturing everything, other than his showers and sleep.

His initial idea was to take all of those videos and store them into system he could access through software he was creating. The software would use facial recognition to find specific memories on demand. That way, he said, he would have a perfect memory.

But the amount of programming involved turned him off the idea shortly after he started.

"I consider myself an artist and that kind of software is kind of too technical and too sciency," he said. "So I decided to create another piece of software called Memory Palace, which is kind of video game-like, more 3D and more artsy."

In Memory Palace a user can walk around in a virtual environment, sort of like a video game, and find cubes that store snippets of video and audio. Kwan likens it to a combination of a video player and The Sims.

"It's like you are given a free virtual world and you can navigate around in it," he said. "You can build houses to store your girlfriend's memories and then walk to the other side of the road and then build a house for your high school memories. And then inside each house you can build an interior like a bed and some boxes to index some of those memories. If you click on the box then certain fragments of school memories will appear."

But Memory Palace is more tool than creation. Bad Trip is Kwan's attempt to turn his life into an art installation.

In Bad Trip, players are dropped into a black and white world of sketched hills, warped driftwood trees, floating houses tethered to the ground by taffy-like loops of stairs. Inside the homes, participants find irregular stacks of murmuring blocks. Each block represents a snippet of memory. Using a game controller, the player can navigate this surreal landscape, pushing into the found memories to watch and listen to a spent moment of Kwan's life. In one, we see Kwan's girlfriend sitting across from him at a table, eating a meal.

Other memories lay like tumbleweeds in the canyons of this virtual mind, bundles of video from a walk in the city, or a visit to the beach.

Kwan said the most difficult thing about this project is the inherent honesty it requires to work.

So instead of self-editing his life, Kwan tucked those secret moments, some that he thinks could destroy his personal life if seen, into unreachable flying houses.

While wandering through Kwan, players might notice them occasionally drift by, always out of reach.

"If they go to some high vantage point, when the flying houses fly through, they can hear some echoing sound of my memories," he said. "That gives more mysteries to the virtual world and keeps my privacy as well, some of my extreme privacy.

"I believe that the core element of the project is to not cheat and be honest. The whole concept is exposing all of my inner world and exposing my subconscious mind and not hide anything."

Kwan opened his memories up to the public in a number of art installations. His next will be in November during a show in Melbourne, Australia. But he's also planning on releasing a more stable downloadable version of Bad Trip online in January.

That version will automatically access all of the video memories he has recorded whenever a person starts the experience.

While those who have experienced Bad Trip have come away with some suggestions, Kwan says he doesn't plan to follow their advice. Several of the viewers wanted him to include something to represent the emotions he felt while living these moments, or perhaps a more linear path in what is now a completely open world.

But Kwan says that would defeat the purpose.

"The player kind of constructs a unique story of mine by navigating through this open world," he said. "It depends on the path they take or the houses they visit. Those choices allow them to create their own unique stories." 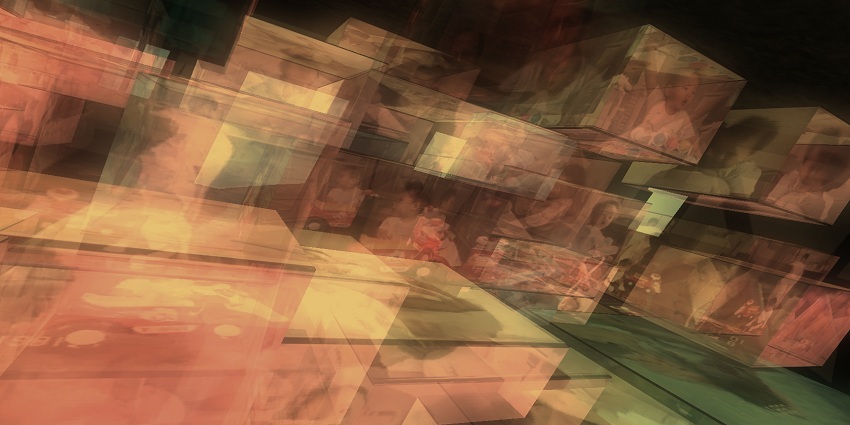 While Kwan says he will continue to update Bad Trip every day with his videos, he's already looking at where this collision of art, technology and virtual memories can take him next.

Kwan welcomes the idea that someone might hack into this clone of himself and change his memories. He wants, he tells me, to turn this project about his own memories into something communal and even more surreal.

"I kind of want to create something more graphical and experimental and I always had an idea if some more people could join me for Bad Trip they would also want to create their own virtual worlds," he said. "I would want to establish a memory market in which we could literally trade memories.

"So if I love a girl and she doesn't love me, then I could buy a memory from her ex-boyfriend of kissing her and put that fragment of memory into my world. It's like forced memories."

When asked, Kwan acknowledges that such an idea could be considered distasteful or even unethical.

"When I do projects I do not think much about the ethical side," he said. "I kind of... I believe myself to be an artist and I welcome all kinds of opportunities and experiments."

Kwan hopes that in the future the idea of sharing these sorts of virtual memories will become so prevalent that film makers will be able to access vast stores of video to create their own films.

Imagine, Kwan says, if these sorts of clips could be searched and pieced together to form multiple takes on the same script.

"I kind of like the idea of combining virtual memories with the future of cinema," he said. "That would be very cool, I think."