The Dawn of the New Book

Share All sharing options for: The Dawn of the New Book

The future of books won't be found in their shift from paper and ink to screens and pixels, but in the mechanics of their comprehension.

Scottish-based TernTV believes that this new era of literary criticism will be spurred by their synthesis of video game graphics, acting, deconstructionist text and intellectual interactivity used to create something they call Digital Adaptations.

Where Apple and Amazon are pursuing the metamorphosis of the written word through the likes of e-ink, affordable text books and the ubiquity of tablets, TernTV is working to change the way we read.

The goal of Digital Adaptions is to recreate a book that not only delivers a story in a contemporary format, but brings with it the seeds of literary deconstruction.

"As far as I'm concerned, I want to create really great interactive story experiences," said Simon Meek, TernTV's head of digital and multiplatform content and executive producer of the Digital Adaptations project. "I want to take story-telling on interactive platforms to the next level."

On the phone, Meek rails against the current state of digital books. That the best the brightest minds at technology companies, book publishers and book sellers can do is turn ink into pixels, seems to astound Meek.

The goal of Digital Adaptations is to take readers through the story of a book, and the story behind and beyond it. The interactive experience is designed to allow readers to work their way through a novel like they would a video game, picking at the edges of what the author wrote and when they wrote it to understand a story's context, and then rewarding that behavior. 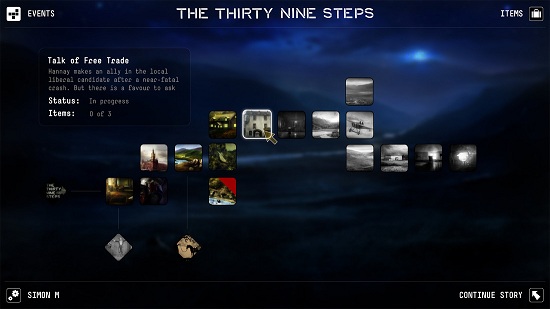 This is done through a complex and powerful set of intertwined experiences that place viewers inside the story as a witness, allowing them to discover the narrative in a variety of ways, including game-like digital performances, reading text, exploring settings and even digging into the real world history of a place or scenario.

It's easy to fall back on the vernacular of gaming when describing TernTV's experimental story-telling platform. But that's wrong too. This isn't the gamification of literature, it is closer to the contextualization of literature.

"What we are trying to do is let the story live and breathe in the world in which it was written," he tells me during an hours long call. "The world (of the novel) doesn't exist in a bubble."

French philosopher Jacques Derrida's theory of deconstruction, that the context of the work - when, where and by whom it was created - is as important as the work itself, plays a pivotal role in Digital Adaptations.

Meek's first project will deliver The Thirty-Nine Steps, an adventure espionage novel by John Buchan, to the PC, Mac and iPad in April. The adaptation will tell the relatively short story through 10 chapters and 18 events. Players will both absorb the story of a German plot to murder a visiting dignitary in 1914 Europe, and be able to explore the context of the world in which the book takes place and the author's personal history and inspirations.

"We do need to appreciate that this book is almost 100 years old," he said. "For a contemporary reader there is no reason why they should already know about that world. It's nice to be able to give it that context. Gaming worlds generally create magical, far-away places, but the past can be a magical far-away place too." 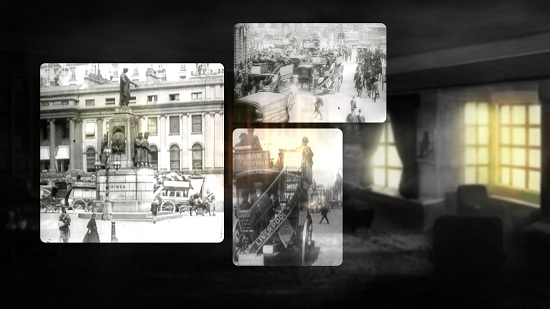 That means that the Digital Adaptation will both cut away at the original story to highlight the significant elements, but also expand upon things sometimes just mentioned in the original work. For instance, a single line in the book that describes a music hall performance as a "silly show", is given context with a video clip showing an actual performance from the time. Another way readers can explore the time is through copies of the real British newspaper The Scotsman, which will include both real articles from the time and fictional articles that back up the novel's happenings.

Meek says they were also able to work some of the author's influences and personal history into the adaptation, like a nod to The Pilgrim's Progress, which influenced author Buchan's works. At another point in the book, the main character, Richard Hannay, suffers a bout of malaria. The Digital Adaption uses those ten days to break the work's fourth wall and let the personality of the author invade Hannay's dreams.

"We let bits of the author seep in, but we haven't tried to deconstruct it completely," Meek said. "We haven't put a spin on the story, but we're trying to think more about the time and the setting and the feelings of the world told in the story."

The result is a book that both delivers its story, but also the inspiration for readers to think beyond the original work. While the Digital Adaptation will include game-like interactions, the greatest way these works will be interactive is intellectually. 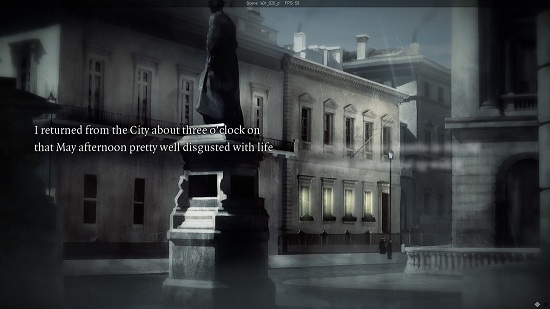 And The Thirty-Nine Steps is just a test bed of sorts. Meek and his team have already begun work on a project with the BBC to inspire people to interact with and deconstruct some of Shakespeare's works. The prototype will deliver a "digital theater experience" where players can witness Romeo and Juliet, Henry V and MacBeth in a number of ways as both an audience member and a director.

The adaptations will include three takes on a single play allowing a participant to view the work as a stage director, or as a role-playing game, or as a reader. The works can be experienced in their original state, or as if they took place in the 1800s or modern time.

Meek also has some other collaborations, with a younger audience in mind, on the horizon. But all of them share a common vision.

"The vision is to get inside the author's head," Meek said. "Hopefully the experience puts you through the novel and gives you an entry point to everything that was happening in the world at the time."

Good Game is an internationally syndicated weekly news and opinion column about the big stories of the week in the gaming industry and its bigger impact on things to come.Brian Crecente is a founding editor News Editor of Polygon.