Sleeping Dogs often stumbles from moment to moment, but a great cast and slick melee combat help it find its way home.

You'd be forgiven some trepidations about any game that's charted as ... unconventional a course to retail shelves as Sleeping Dogs. It first went into development at United Front Games as "Black Lotus," then transformed to a reboot of Activision's True Crime series. Then, as the mega-publisher let the game slide into the hands of Square-Enix, it lost the legacy branding and was re-redubbed Sleeping Dogs. The ship that emerges from those choppy waters is surprisingly seaworthy, but it's not without a few cracks in the hull. For some, Sleeping Dogs' leaks may be hard to ignore.

Triad gangs took Hong Kong police officer Wei Shen's sister from him, and he's given up everything to take them apart. As Sleeping Dogs picks up his story, Shen's already deep undercover, embedded in a low-level position with the Sun On Yee (a thinly veiled nod to the Sun Yee On, a real-life Triad gang).

Though the Hong Kong setting may be exotic, Shen's story will be familiar to anyone who's ever watched, read, or played a story of an undercover cop. As Shen gets closer to toppling the organization, he's also getting closer to its members, embracing their vicious, glamorous lifestyle until even the player may be left to wonder where, exactly, he stands.

At first, the distinction between cop and criminal is easy to make. Shen has no firearms and so must rely on martial arts (and the occasional tire iron) to bring down members of rival gangs.

At first, Shen has no firearms and so must rely on martial arts. 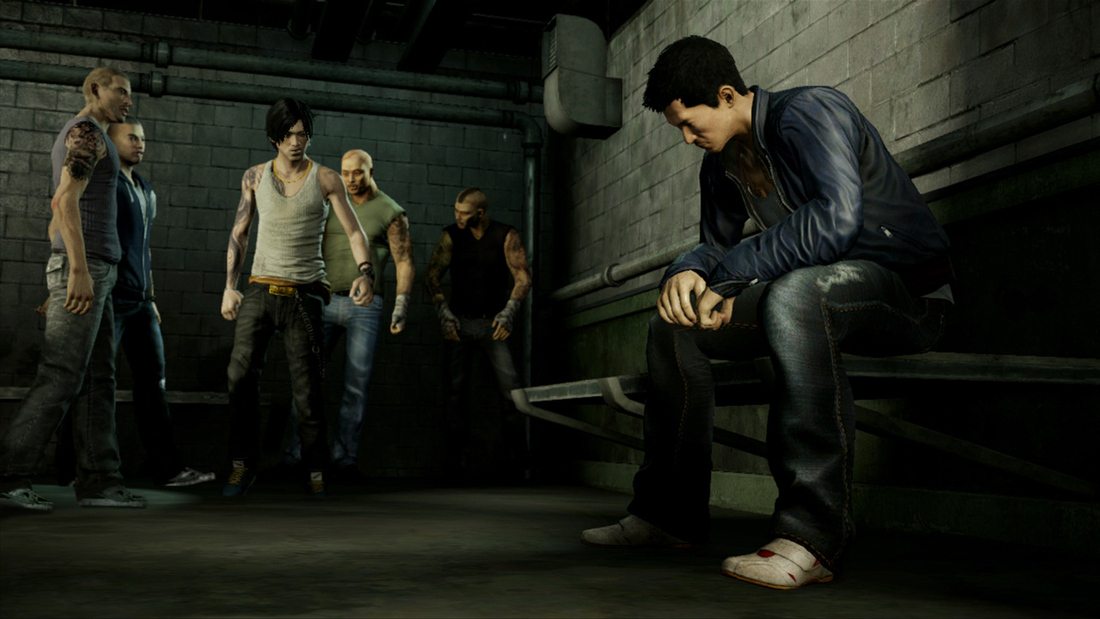 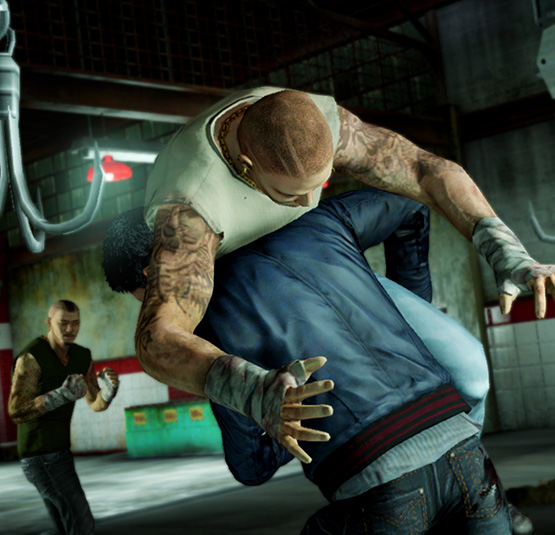 Though United Front has clearly been inspired by Batman: Arkham Asylum and Arkham City's"Freeflow" combat system, I would argue that Shen is even better animated, lending a fluidity to the fights that was thrilling to the game's very last punch. Moreover, since Shen is without Batman's gadgets, he has to rely on an ever-expanding set of moves, especially when enemies become better trained and more numerous, where using the right one in each circumstance is essential.

... And, when that fails, you can throw a guy into a circular saw. The setting of almost every fight is littered with environmental hazards that provide not only a good show, but a decent boost to the experience you earn, which you then use to buy new moves.

After four or five hours of these bare-knuckle free-for-alls, I was in disbelief: United Front had actually made a modern, open-world action game without the guns. I was ready to throw them a parade - until that first pistol was shoved into my unwilling hand. 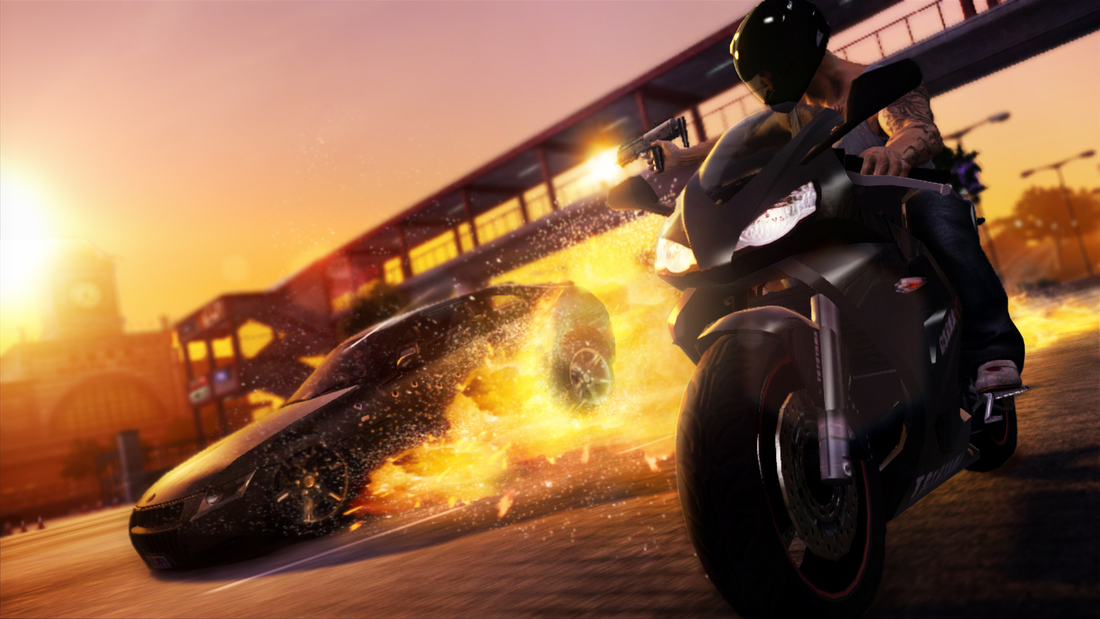 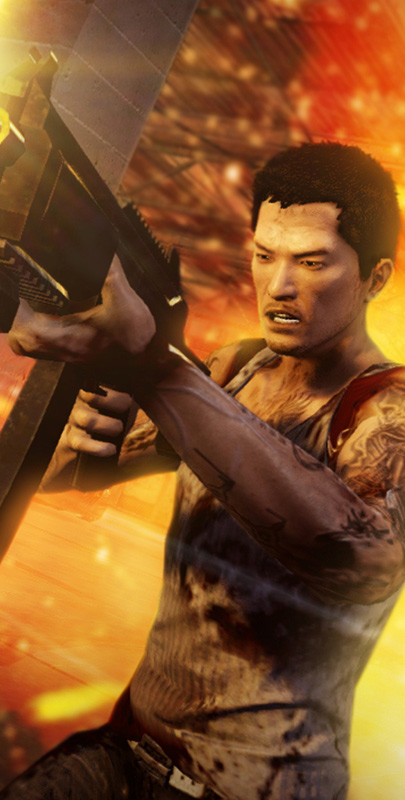 Perhaps the biggest casualty of firearms in Sleeping Dogs is plausibility The gunplay is loose and maybe never as precise as you'd like, but at least the way time slows down when you leap over cover and aim lends a cool John Woo aesthetic to the proceedings. It's just nowhere near as well thought out or deep as the unarmed combat.

It's not as though you can eschew their use either. Certain sequences are very clearly laid out as gunfights, and trying to pull a MacGyver/The Rock in The Rundown is just going to get you shot all to hell. Much like Mirror's Edge before it, Sleeping Dogs dangles the intriguing idea of an unarmed hero in a world of guns before you, but makes committing to it completely impractical.

Perhaps the biggest casualty of firearms in Sleeping Dogs is plausibility. Remember when I said the player will question what side of the legal fence Shen is on? That's in no small part due to him becoming the most prolific murderer in the history of mankind over the course of the game. 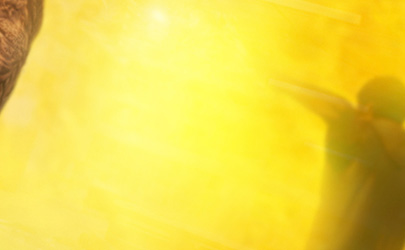 I know, I know, it's a video game. But there was a chance here to explore the story of the gangster who somehow has to avoid killing - a far more interesting tale, I'd argue, than "the cop that killed like 200 people that one time, but at least we got some arrests out of it and hey you can't make an omelette without et cetera et cetera."

I can sympathize with the Hong Kong PD in its willingness to turn a blind eye to Shen's penchant for street racing. It should come as no surprise that the creators of ModNation Racers have delivered a handling model that's agreeably forgiving and has a great sense of speed. It almost makes up for the woefully inadequate GPS that's as likely to get Shen to his destination as it is to send him on a driving tour of the entirety of Hong Kong.

The narrative of Sleeping Dogs has a similar fondness for turning down blind alleys. Rather than a single love interest for Shen, four women are vying for his affections. Except here, "vying for his affections" means "showing up for one to two missions as Shen seduces them, upgrades the capabilities of his mini-map, at which point they disappear entirely, never to be heard from again." It's baffling, especially considering that two of the women are voiced by A-listers Lucy Liu and Emma Stone.

Though the story stumbles structurally, most of the individual scenes are well written and performed, thanks in no small part to a cast of top-flight talent like Stone, Liu, Tom Wilkinson, Yunjin Kim (Lost) and Will Yun Lee (Total Recall). Their plotlines may not be great, but at least they're all really believable in the moment..

Moments that work in a story that almost does â that's Sleeping Dogs. It has all the open world elements â tons of collectibles and outfits to buy, a vibrant city that looks fantastic â but a convoluted layout makes navigating it irritating. It's got the basics of a free-running mechanic, but doesn't provide enough opportunities where climbing and sliding is useful. (The only long stretch of the city designed to accommodate the moves is actually reused several times.) They're not the sort of failings you'll obsess over, or even spend much time dwelling on when you're kicking the crap out of a dozen thugs or careening around Hong Kong. But much like the HKPD, if you're going to embrace Officer Shen completely, you had better be willing to turn a blind eye to the occasional misdeed.