Sucked out an airlock? Murdered by a crazy alien drifter? Teleported onto an alien ship and forgot to teleport back before the ship blew up? There are seemingly hundreds of ways for your adventures in FTL: Faster Than Light to come to an abrupt end.

One of the reasons the game is so tough (to beat and to put down) is that it's totally randomly generated. You never know what sort of ship battle or encounter is around the corner, nor do you know which decision may be your last.

Thankfully there are ways to get a leg up. One way: take the advice of the game's co-creator, Justin Ma, who kindly provided Polygon 10 tips to keep that spaceship afloat and your crew still breathing oxygen (presuming the crew has lungs).

Space is Your Friend

Frequent use of the space key to pause is often the difference between life and death. Use it to sync your weapons, cycle your crew to the medbay, and get the perfect cloak timing.

Blue text choices are almost always the best ones. They are guaranteed to be the same or better than their white counterparts. 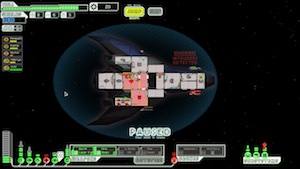 Enemies will get harder each sector. To keep up with them you need to constantly upgrade your ship. Try to stay in each sector as long as possible to get enough scrap, but try to stay ahead of the Rebel Fleet. 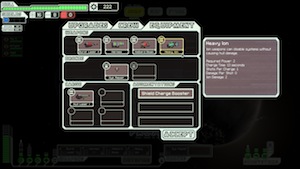 If you're having trouble with boarders, upgrade your door subsystem first; it's only 20 scrap. Learn how to vent areas where they try to go to and watch them suffocate while trying to get through the blast doors. 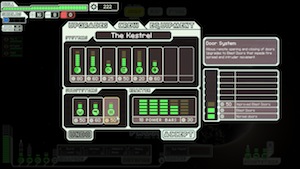 If you temporarily swap power away from the Medbay or Oxygen system, don't forget that the game won't automatically turn them back on. Many a crew was lost to forgetfulness. 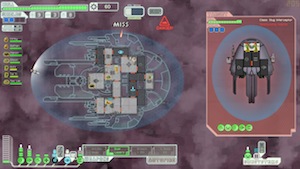 Or Just Hold Your Breath

Teleporting onto an automated ship is usually death since they carry no oxygen. However, if you upgrade your Teleporter to use 2 power, it gives you enough time to retrieve your crew before it suffocates (just don't send a Zoltan).

The rightmost weapon or drone will be the first to depower if the system gets damaged. Keep your most important weapon/drone powered by dragging and dropping it to the left of other weapons/drones.

You may be reluctant to upgrade certain systems/subsystems because they seem unnecessary. Don't forget that each upgrade is an additional damage [buffer] that room can take before the system/subsystem shuts off. One extra bar in Oxygen can save your life. 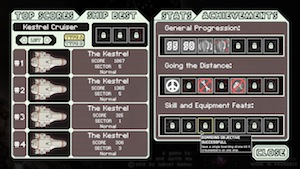 The Rebel fleet will approach slower if you are in a nebula. When you're prepared stick to the clouds to get some extra scrap before the fleet arrives but be wary of the increased threat of storms. 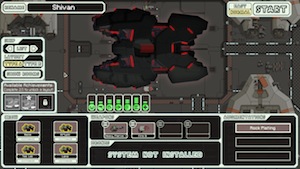 Hide in the Clouds

Running out of fuel is a dangerous thing. However if you get stuck out of fuel in a nebula, the fleet will still approach slowly, often giving you enough time to find some fuel and get out of there.