Ouya, the $99, Android-powered, hackable game console that was funded on Kickstarter will run on Android's Jelly Bean operating system, the console's developer announced on its Kickstarter page today.

In the first update delivered since Sept. 14, the developer of the Ouya console said that the team was making the jump from Ice Cream Sandwich to Jelly Bean to ensure that the console is running the most up-to-date software.

The developer wrote that software development kits for Ouya are still planned for December and development of the console itself is "still going full-steam ahead" to meet its March 2013 release date.

"Last week was a huge milestone for us," the developer wrote. "We received our first development run of PCBs (Printed Circuit Boards) for the console. This is the heart (and we believe the soul) of the OUYA experience.

"It's pretty amazing how our engineers have packed in Quad-Core awesomeness into such an unbelievably small package (any guesses on how small the PCB actually is?). All the hard work in refining the design has paid off in spades – the first boards came to life without any hitches, and we're now fine tuning software and hardware performance for graphics, wireless, and user experience! W00t."

The PCB was compared to a soda can, pictured below. 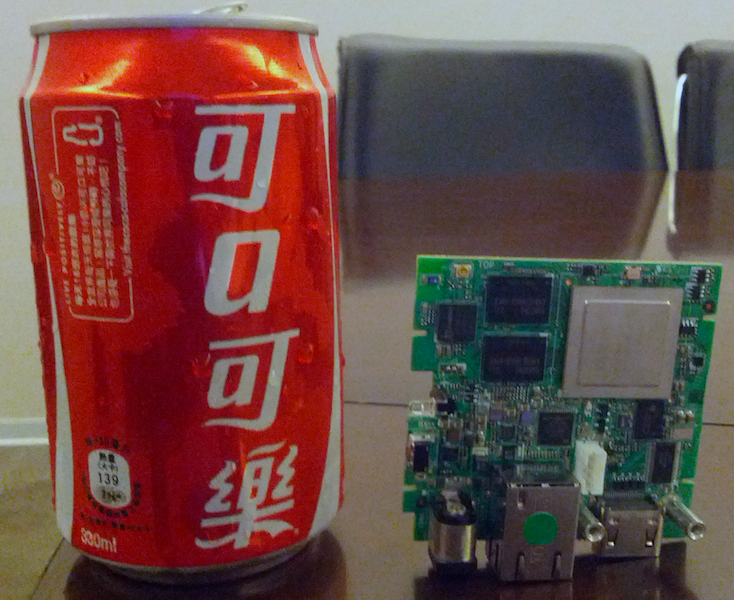 The developer said that the Ouya development kits are still in the pre-production phase and will be built in limited quantity, with each being a collector's item "unique in design, build and appearance."