Resistance Collection bundles together three full games this winter for $39.99

Share All sharing options for: Resistance Collection bundles together three full games this winter for $39.99

This newest addition to the PlayStation Collections line will include the PlayStation 3 launch title Resistance: Fall of Man; its 2008 sequel, Resistance 2; and the trilogy's closer, 2011's Resistance 3. The package of Insomniac Games' first-person shooters also includes the downloadable content from the two sequels: the Aftermath Pack and skin bundle from Resistance 2, as well as Resistance 3's Brutality and Survival Packs.

According to the PlayStation Blog, Sony will announce an exact release date for the Resistance Collection "in the coming weeks." Check out the box art below. 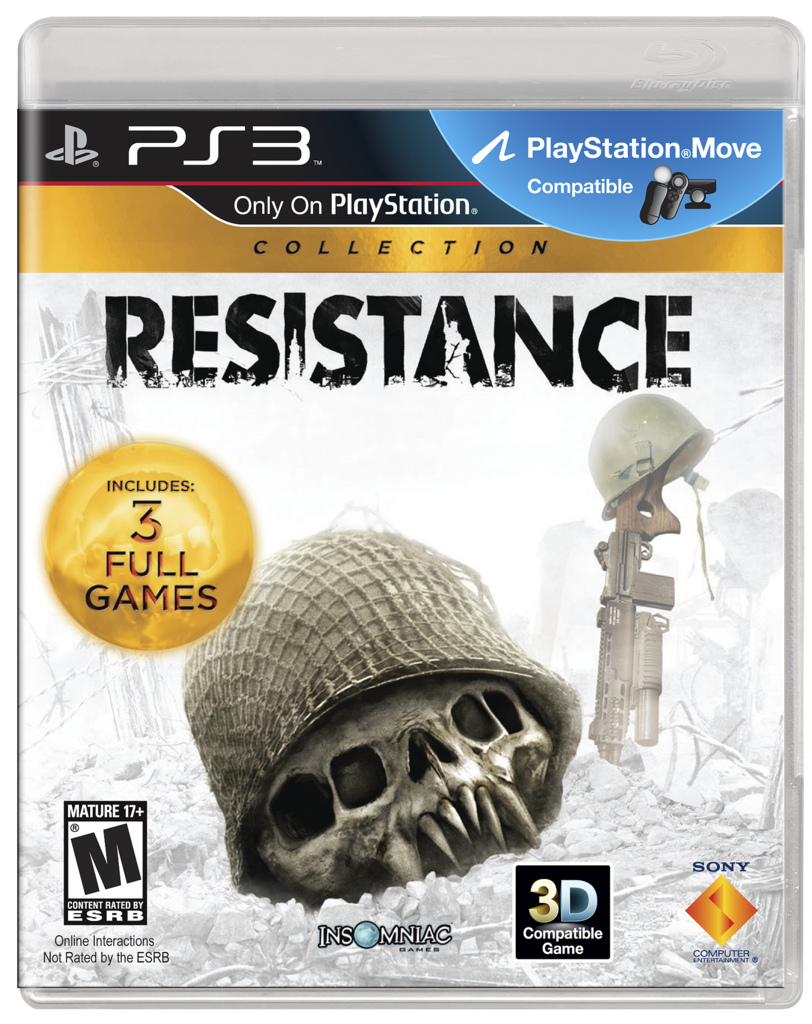