Diablo 3 arrives after 11 years, and brings Heaven and Hell with it.

Diablo 3 is the first game to render Diablo 2 obsolete.

With Diablo 2 and its 2001 expansion, Lord of Destruction, Blizzard set a standard for loot-based action RPGs that everyone else struggled to meet. There were better looking games over the course of the following decade, but almost none had the same unifying aesthetic, or the sense of place that Blizzard built into the wilds surrounding Khurast or Lut Gholein, or Hell, for that matter. Few could match the world-building that Blizzard wove into every corner of Diablo 2, from weapons to monsters to stashes and chests. And every game from the last 11 years, even the Torchlight series, created by veterans from Diablo 2 developers Blizzard North, failed to build a loot system as persistently rewarding and aggressively addicting.

Other games did some things – well, if not better, perhaps newer – but Diablo 2 has never felt irrelevant. With Diablo 3, Blizzard has taken the fundamentals of the franchise, broken them apart and rebuilt them into an action RPG so refined and compulsively playable that it's done the unthinkable: It's finally rendered its predecessor a footnote. 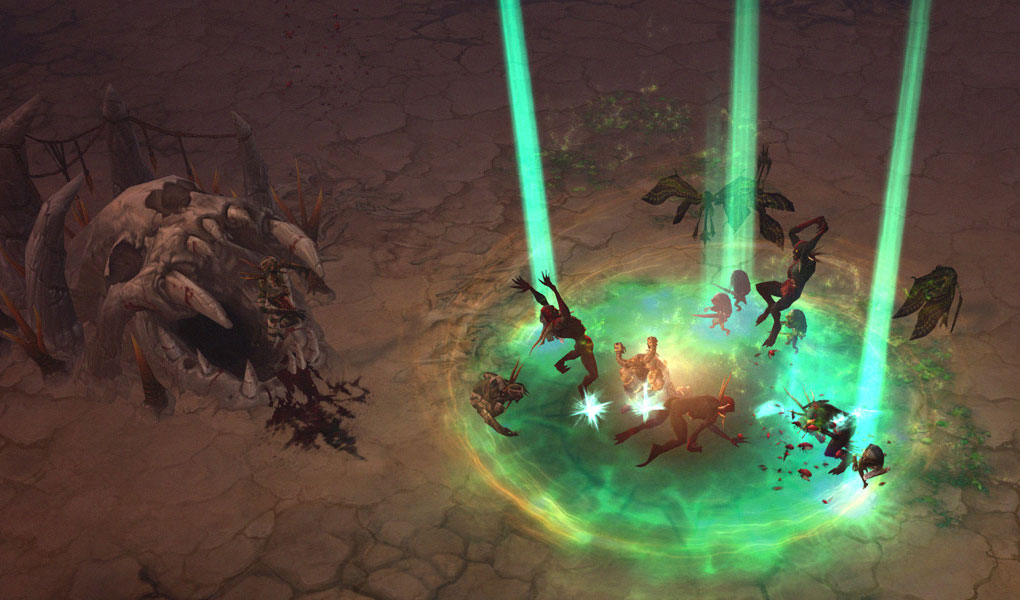 From a thousand feet up, Diablo 3 resembles Diablo Past, more or less. It's still a game defined almost entirely by clicking on things - you click on the ground to move your character to that point, you click on items to pick them up, you click on enemies to make them dead. Enemies yield randomly generated loot. Loot, more than levels or character progression, remains the beating heart of Diablo 3.

While all of this is familiar, Diablo 3 quickly makes scandalous departures from previous games. Skill points and attributes are out. Instead, each class's attributes increase automatically when a new level is gained, and new skills unlock over time at specific levels.

Potions are a thing of the past - replaced by one-time health globe pickups dropped by downed enemies. Town portal scrolls? Gone. Magic weapons already have their properties laid bare. Rare and unique items merely require casting time to identify, rather than a depletable resource. 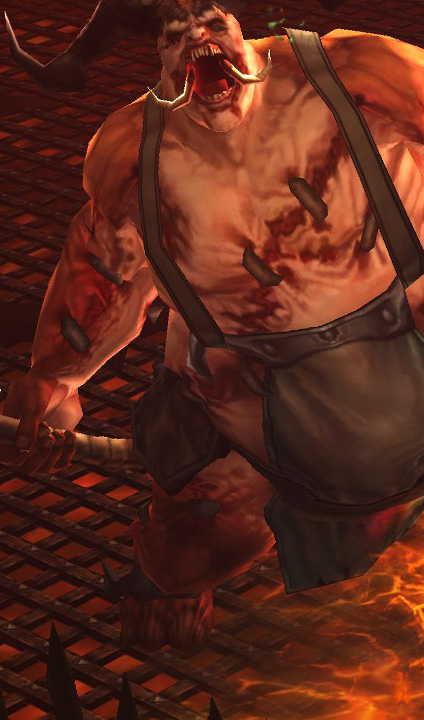 There are countless other small differences that will add up to a bit of a shock for Diablo veterans and it's initially pretty jarring, as though someone came into your bedroom and moved all of your stuff around. But soon the relentless logic behind all of those changes is revealed.

Health's freedom from potion dependence encourages more aggressive play, and removes the trek back to town to refill the potion belt. The same with items and identification (as well as the new inventory system, where every piece of proper loot takes a uniform two squares) - the streamlining keeps you playing more. It gives you the choice of stopping and going back to town or doing yourself a favor and throwing out the trash in your inventory to keep killing and searching for better loot.

Choice is the other major influence in Diablo 3's systemic changes. Since stat and ability points are no longer a consideration, you're never commited to a specific build or playstyle with your character. Your available skills can always be reassigned to the number keys (or you can get a little more creative with "elective mode," where you can mix and match abilities in a more granular way), letting you change your character's focus at will. As a demon hunter, I was constantly changing from bombs to hungering arrows as a primary attack, trying to regulate how much discipline I was using and how much hatred I could regenerate to use my secondary skills more often. 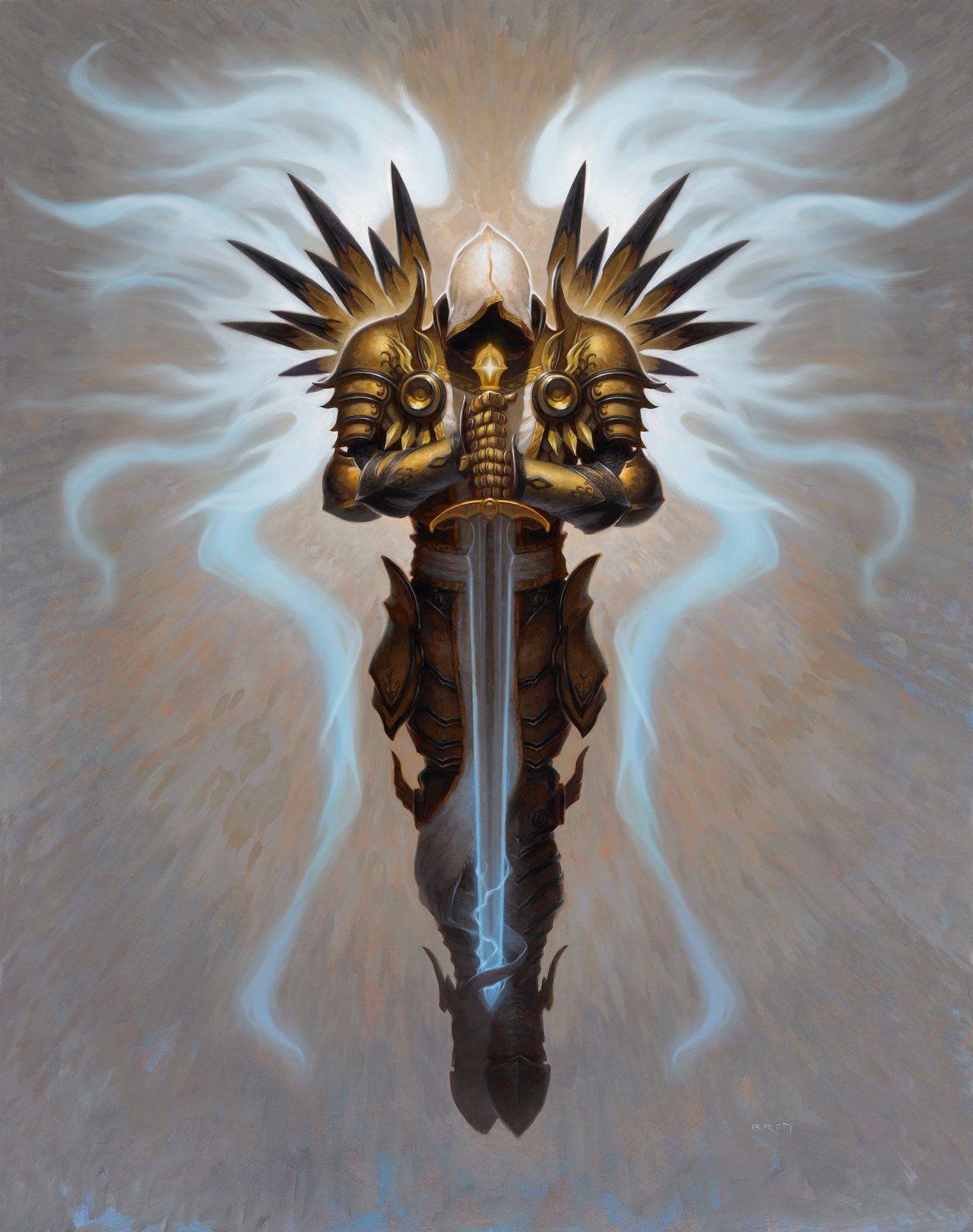 It's no secret that Diablo 3's launch night went rougher than anyone would have liked, this reviewer and Blizzard included. Things are bad when there's a Twitter account named after your most common error message.

For the first week of Diablo 3's release, it eloquently demonstrated all of the pitfalls of the "always online" requirements that so angered consumers since its announcement. I had repeated issues signing into my account throughout the week - I have three identically named characters in my account because of server-side character storage and creation issues. I was greeted several times by a general chat message informing me that Blizzard was taking down Diablo 3 servers for general maintenance while I was playing the game.

Ordinarily, my position as Reviews Editor at Polygon is that we review a game as it exists on release day, because our responsibility is to our audience. While we do all we can to maintain due diligence with regards to giving a game every opportunity to deliver, we choose your wallet and your time before the benefit of the doubt.

But Diablo 3 is different. It's different because Blizzard has a track record spanning almost two decades of games that have become institutions, and they've also run the most popular MMO around for almost eight years. Put simply, Blizzard, more than any developer around, has earned that benefit of the doubt. I believe that the server issues will be resolved. With that in mind, it does both our audience and Diablo 3 a disservice to dwell on that aspect in this review.

Making "mana" (which is renamed specifically to each class, some of whom have more than one kind) dependent on using skills instead of potions is genius. It creates a closed but expanding gameplay loop. And more simply, it's a lot of fun. It keeps Diablo 3 constantly moving forward outside of the loot grind that Diablo 2 and the action RPGs it inspired depend on.

And everywhere Blizzard has eliminated one thing, they've seemingly added two. For example, loot has always been Diablo's deepest rabbit hole, and Blizzard has added an even more complicated system of tunnels to get lost in. The new crafting system makes the pickup of even the most minorly enchanted bauble useful as a raw resource in the creation of more. 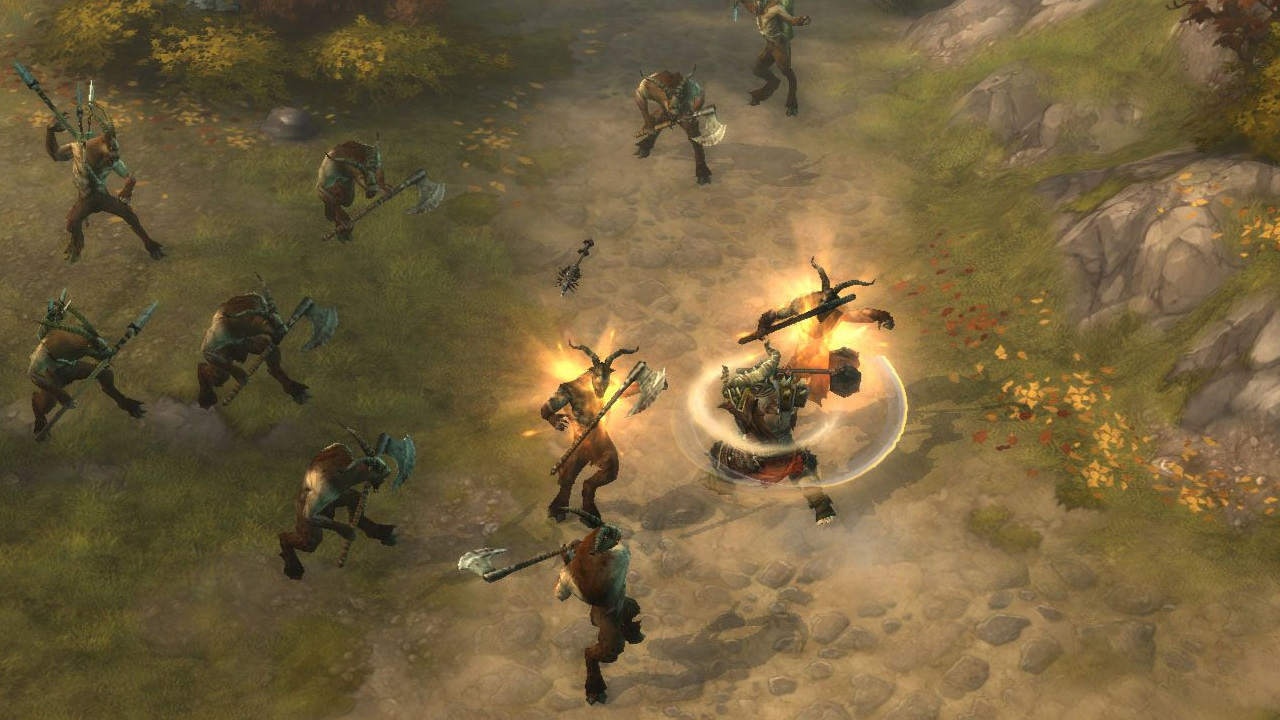 But all of that would crumble if Diablo 3's combat wasn't so goddamned satisfying. There's a constant parabola of challenge, as your character starts laughably overpowered in comparison to enemies, and slowly struggles more against the hordes of demons and undead, until you find new gear, or level up, or figure out a new skill combination that turns the tide back again. You'll never dominate for too long, or struggle too much. It feels scientifically designed to keep you playing until two in the morning.

That's dangerous, given how huge Diablo 3 feels. An initial thorough playthrough on Normal difficulty will take somewhere between 18 and 24 hours, but that's only a fraction of Diablo 3's breadth. Forty hours into a single playthrough, I'm still seeing new enemy types and new events I didn't trigger last go-round, finding progressively more epic equipment and loot. You can't even find the necessary ingredients for most gem-crafting and item creation until an hour or two into Nightmare mode - I can't even imagine what waits in hell. And this is all just one character's journey, one class of five. Each class has affinities for certain kinds of play, but the skill system allows for a sort of ... radius of capability, allowing players to realign themselves to suit certain roles.

Each class has affinities for certain kinds of play, but the skill system allows for a sort of radius of capability

This is especially true with regards to Diablo 3's multiplayer, which at the time of this writing is cooperative only. In the games I've played - admittedly, mainly with friends, though some randoms as well - everyone was crafting gems for each other, handing over good loot that could benefit another player more, like some multiplayer utopia. But more specifically, each player found a way to contribute to the team quickly, even if it meant changing their character's focus. And the difficulty scaling meant that things didn't get so easy as to make encounters a joke. Diablo 3 is fantastic solo, but it's sublime with friends. 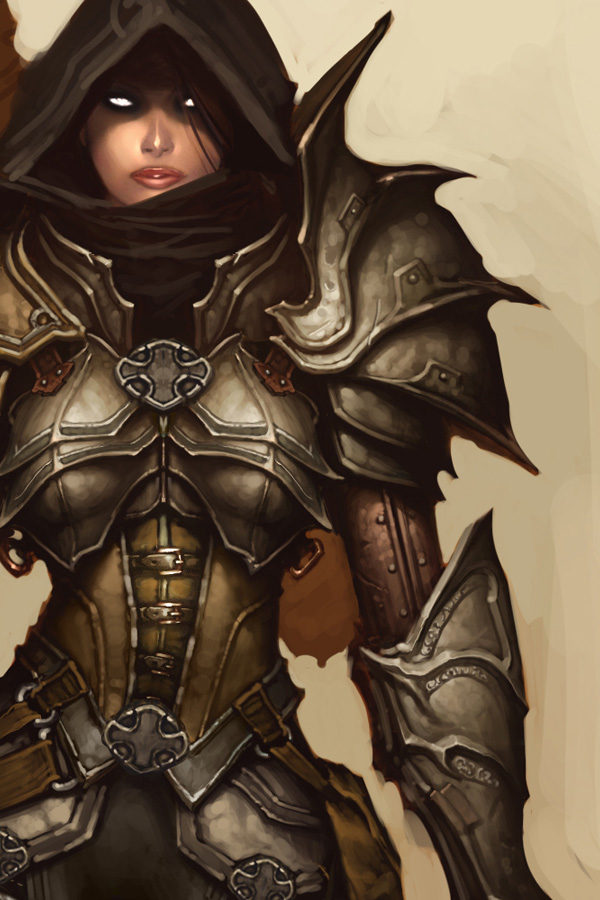 DIABLO 3 HAS SET AN ABSURDLY HIGH BAR FOR ACTION RPGS

It's rare that high-profile sequels take 11 years to come to fruition, but Diablo 3 feels like all that time meant something. That all along, Blizzard was thinking about the hows and whys of the series, that nothing was sacred in their efforts to make something that lived up to the hype.

Games this thoughtfully crafted don't happen very often, and the care that Blizzard has taken with Diablo 3 shows in every facet of its design and execution. It might not be perfect, but after 45 hours, I'm not sure where it missteps, and after 45 hours, I feel like I've only scratched the surface of what it has to offer. Diablo 3 is almost evil in how high a bar it's set for every PC action RPG to follow, and I wouldn't be surprised to see that bar remain for a very long time.