"We want to have products that people love, not just buy." Min-Liang Tan, Razer

They started out as a company making one gaming mouse in the late 90s. But today Razer boasts a surprisingly diverse array of gaming peripherals and the drive to move from a company that specializes in computer gaming accessories to one that builds the best gaming laptops in the world.

At the heart of this shift is Razer's skunkworks, a trio of design centers located in San Francisco, Taipei and Singapore.

It is in these centers where the idea for Razer's first laptop was birthed. The Razer Blade is an ultra-thin, ultra-powerful, ultra-expensive bit of kit that includes a customizable user interface and weighs a bit more than six and a half pounds. These are also the people who designed a concept that married twin stick controllers to a glass-faced tablet and developed a complicated mouse for massively multiplayer online games.

"We encourage all of our engineers to come up with wacky ideas," Razer co-founder and CEO Min-Liang Tan told Polygon during a recent interview. "We have this philosophy that anyone in this organization can come up with a wacky idea. We've been pushing the envelope because we have the resources to do that and we have the talent to do that."

Tan is an exuberant gamer, working for a company that he says is filled with exuberant gamers. That helps them, he said, deliver on their promise to make products for gamers designed by gamers.

Half-way through our interview about the company's latest version of the Razer Blade, Tan breaks off to tell me about his latest gaming conquest.

"I just took an 18-and-a-half-hour flight from Asia to here and you know what I did?" he asks. "I played Torchlight 2 on board and I finished the game.

The driving premise behind the Razer Blade is that high-end gaming laptops have become so heavy and over-sized that most gamers never take them out of their house. The company wanted to create a powerful gaming laptop that you could use to, say, play through an entire game during a nearly day-long flight. 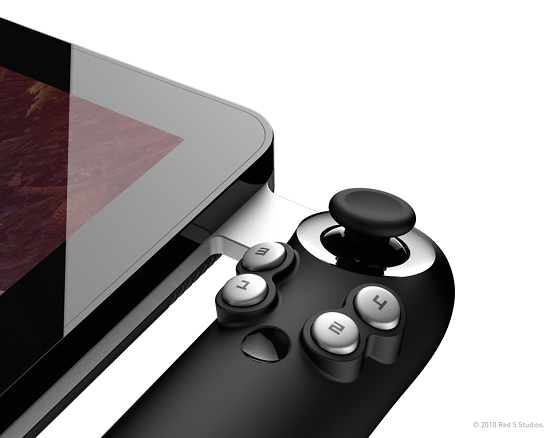 He said the company went to CLEVO, one of the largest laptop manufacturer and designers in the world, for help with the design for the Blade, but the design they delivered was for a high-end, "super thick" laptop.

"But that's not what we wanted," Tan said.

When CLEVO told them that what Razer wanted to design wasn't possible, or at least reasonable, Razer decided to do it on their own.

"So we went out and acquired our own engineering teams," he said. "Today we have literally one of the largest in-house laptop design teams in the world. We do all of our design in-house and that's why we're able to do all of this crazy shit."

The Razer Blade hit last year to mixed reviews. While critics seemed to love the idea behind the laptop's touchscreen panel and ten adaptive, customizable keys, the price was too high, and there were some complaints. Tan said they took the criticism to heart and worked to solve the issues - namely, increasing the power and lowering the price - for a new model that hit last month.

The company plans to sell just a single version of their laptop, despite the new model, limiting choices in favor of offering what they think is the perfect set-up for a gamer.

The decision to sell a single option to a market used to nearly endless choices raised some eyebrows, but Tan said it was the best way for them to deliver what they think is the best possible experience to gamers.

That doesn't mean that they won't come up with other form factors for the device, like the 7-inch mini laptop first shown as a prototype at the Consumer Electronics Show; just that it will be called something else.

"This is always going to be a single SKU," he said. "But different sizes, different systems, like tablets, etcetera, that's definitely something we're looking at. Can we have a smaller Blade for example? That to us would be a different product altogether."

And those design teams that Razer hired are already hard at work on new products, Tan said.

"This is just the start," he said. "We have one of the largest in-house system design teams in the world and I'm not just going to get them to stop with this."

Some of that work has already started to pop up.

Earlier this year, Razer showed off a concept for a PC gaming tablet called Project Fiona. The tablet has two cylindrical controllers framing it to make traditional gaming on the device easier.

Tan told me he was going to go to Facebook to see if the company should make it, then last week he did, asking gamers to tell them if they should create the device.

After the Facebook page received nearly 15,000 likes, Tan decided that the company is now "committed to bringing the device into production." Now he's asking the community to help his company figure out the system's specs, starting with what sort of graphics and processor chips it should have in it.

The company is also testing out a fight stick for fans of fighting video games. Tan said they sent out to gamers 200 of the prototypes, which each cost "thousands to build", for testing.

Not everything they work on makes it out the door.

"We just killed another product which would have been a huge commercial success," he said. "About 40 people worked on it for two years, but the thing we kept thinking was ‘Do we want to launch this have it help define our legacy?'

"We want to have products that people love," he said, "not just buy."