While Max Payne 3 has about as much baggage as a game can carry, Rockstar's uncompromising vision has delivered something truly impressive.

Rockstar Games is releasing Max Payne 3 almost nine years after Max Payne 2: that was a year before Halo 2, and Half-Life 2; three years before Gears of War; six years before Uncharted 2. It's been almost that long since original developers Remedy Entertainment sold the rights to the series to Rockstar and moved on to Alan Wake.

So here we are, in 2012, and Rockstar Vancouver has finally delivered Max Payne 3. The questions are myriad: how can Rockstar make a sequel to a series so intimately linked to the sensibilities of Remedy? How can a company not known for its action chops follow up a series known for its twitch, arcadey action? And how in the hell can a game move through almost nine years of third-person shooter evolution and still find relevance?

But through smart combat design, smart iteration, and a lot of respect for the legacy of Max Payne, series stewards Rockstar have pulled it off, and more. Max Payne 3 might not be the most successful cinematic experience Rockstar has ever made, but it's easily its best game. 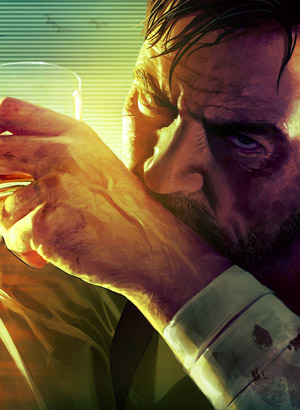 In some ways, Max Payne 3 is indicative of the worst of Rockstar's indulgences, particularly in the story. While there's characterization in Max Payne 3's noir-infused conspiracy, it's composed of sketches of people that can devolve into caricature.

Worse, the story falls prey to set-piece indulgence over proper narrative. Max Payne 3feels like a low-frequency sine wave of plot points, scattered to sync up with gameplay beats rather than the fictions it borrows from. Later on, Max Payne 3's story stalls, trying to squeeze another ridiculous action sequence - and Max Payne monologue - in before the bloody conclusion.

MAX PAYNE 3 HAS MOOD AND TONE COMING OUT OF ITS EARS.

Presentation isn't the issue. Max Payne 3 is a great-looking game, and the nods to movies like Man on Fire and Collateral - from film grain to framing to split-scenes and narrative text appearing on screen - are effective. Max Payne 3 has mood and tone coming out of its ears. But the story often bleeds out any sense of heft or weight from its big beats well in advance. 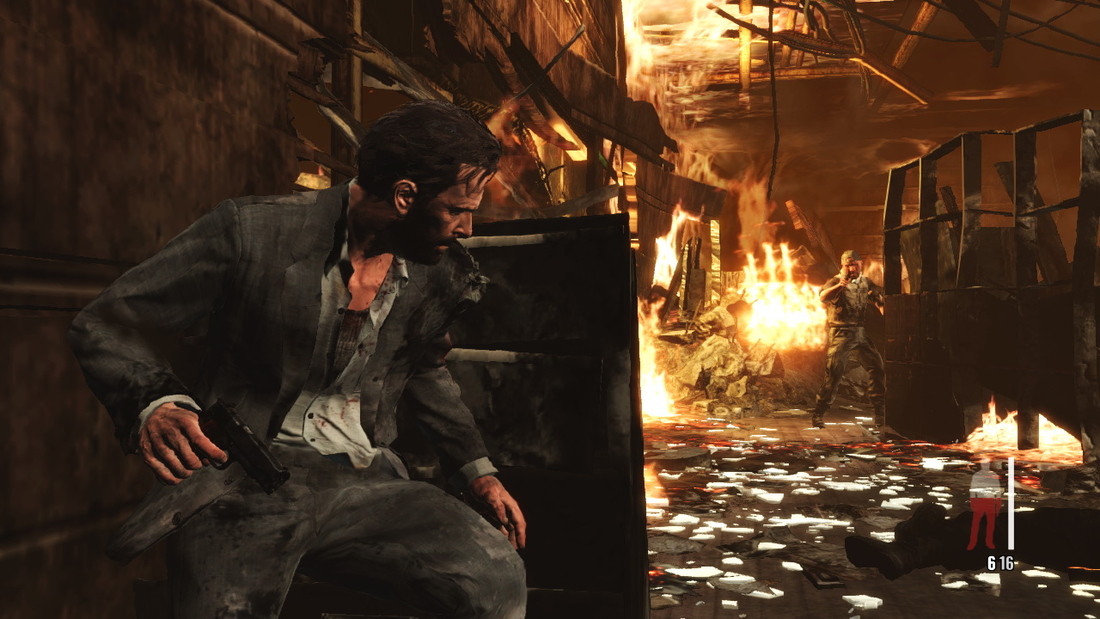 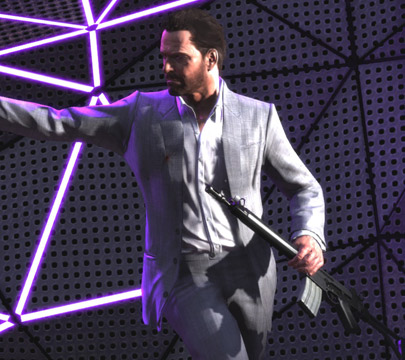 It wouldn't be so obvious in other games. But Max Payne 3 is so ... conscientious about everything else.

It starts with little things. From action to cutscene, Max is always holding the weapons he had a second ago. If he's carrying a rifle or shotgun and needs his hands, he'll set it down on something and pick it back up. Even during gameplay, he'll carry that rifle in his offhand when it isn't selected, and if you go two-fisted with the handguns, he drops it.

This doesn't affect the basic play fundamentals of Max Payne 3much, but it helps to create a cohesive world that you understand. It's involving. It's why presentation really matters, and it's the most Rockstar has gotten it. Style has always been Rockstar's thing, but shy of toying with that gameplay-wise during the quickdraw sequences in 2010's Red Dead Redemption, play has remained pedestrian.

"ONE WAY OR ANOTHER, MAX PAYNE 3 IS GOING TO COAX YOU OUT OF YOUR HIDING SPOT." 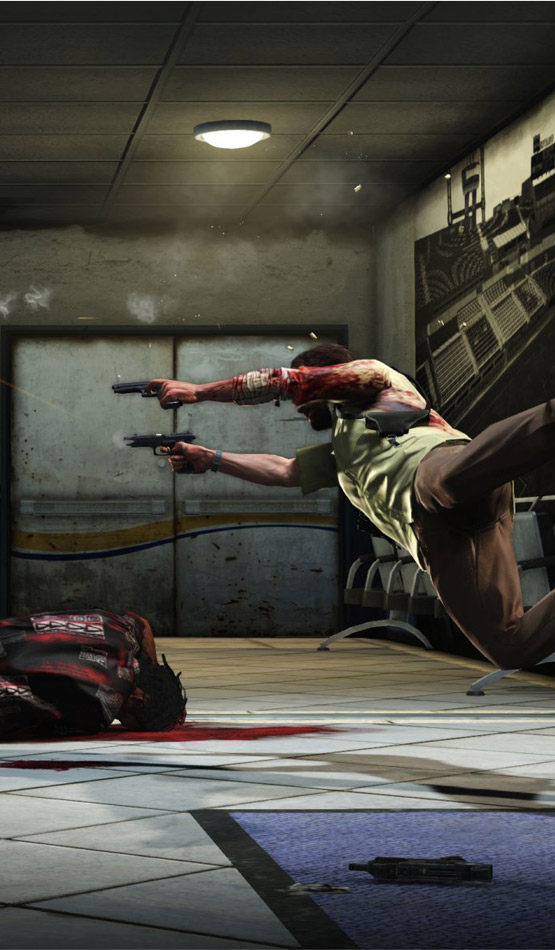 Rockstar games typically get away with just "par" mechanics because of the sheer breadth of things to do. Max Payne 3 is all about shooting people, practically speaking. There are no mini-games, no economies, no relationships. All Max has are bullets.

Sometimes limitations can be freeing. Max Payne 3 is the most mechanically refined game Rockstar has put its name on since Max Payne 2. The controls aren't quite up to the level ofGears or the like - they're a little sticky, a little slower than I'd like. 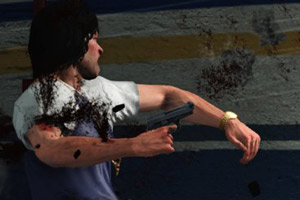 But they work well, and Max Payne 3 is exceptionally well designed around player capability. Given the complications of mixing the arcade style of the Max Payne games and the realities of the current state of shooter affairs, this is a hell of an achievement.

Rockstar pulls it off by making cover, aggression, and bullet time work together, playing off of each other. Max Payne 3's battles always feel like they're searching for a moving target of equilibrium in the best way possible. If you sit in cover under fire, enemies will try to flank you - no, really. Your cover can also be destroyed, but while you're taking fire, you accumulate bullet time. Clever use of cover can help thin out aggressive enemy fire teams, and kills also add to bullet time. But one way or another, Max Payne 3 is going to coax you out of your hiding spot. 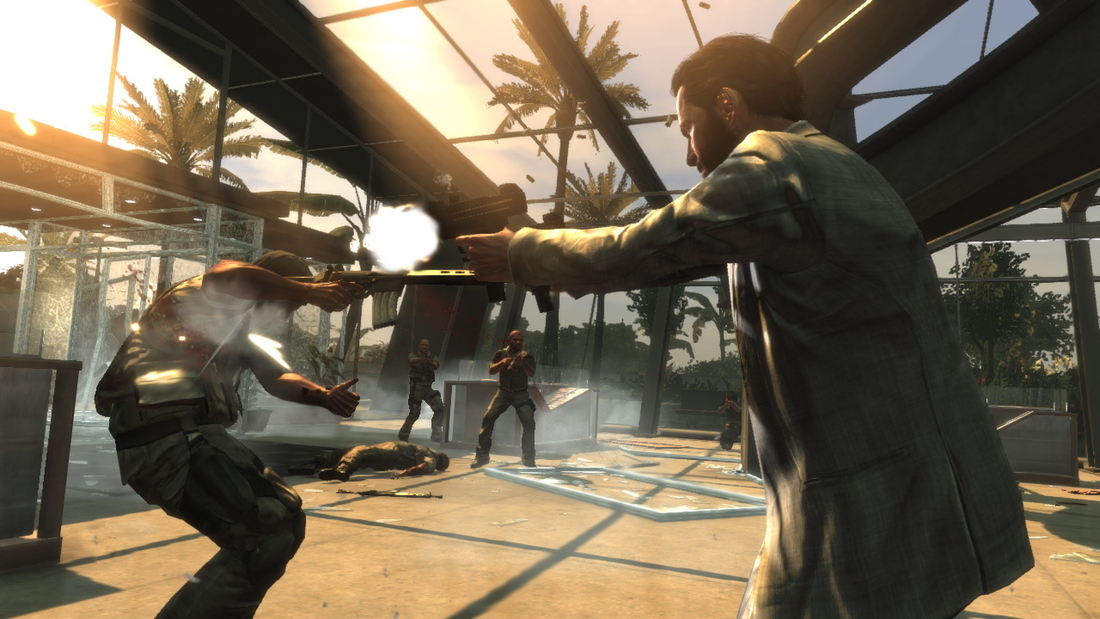 Once you're out in the open, there are still options. Old school Max Payne players will be relieved that you never have to aim down your sights or play conservatively. All of the old tricks are there, including the shoot-dodge. Diving triggers bullet time, but it leaves Max on the ground for a good few seconds and, as he gets up, he can't shoot. That's bad. But it's part of the first lesson Max Payne 3 gives you about combat, early on: it's about balancing pros and cons, adjusted to your play style.

The encounters are oriented around that flexibility. Enemies move in surprising ways, often aggressively, but there are a multitude of paths and options available to you to get the job done. In that way, Max Payne 3 is widely approachable. There's not a perfect way to play it or, if there is, it's accommodating to the rest of us too.

Which is great, because Max Payne 3 will kill you often, and graphically. Shy of Dead Space 2, Max might have some of the most painful to watch death scenes around. But Max Payne 3 is quick to throw you back into the shit, as it were, which might be why I never found myself overly frustrated by failure. While death is the language Max Payne 3 employs to tell you "nope," it doesn't belabor the point. It keeps things moving forward.

That momentum is present throughout Max Payne 3, occasionally meandering story notwithstanding. Max Payne 3'slevel design and encounters are propulsive, usually unfolding forward, uncontent to sit in one place to long. I often stopped to search for painkillers - Max Payne 3 retains the health/pills system of previous games, eschewing regeneration completely - or the occasional collectible, but Rockstar wants you to keep moving, and they're not above Max monologuing to get the point across. 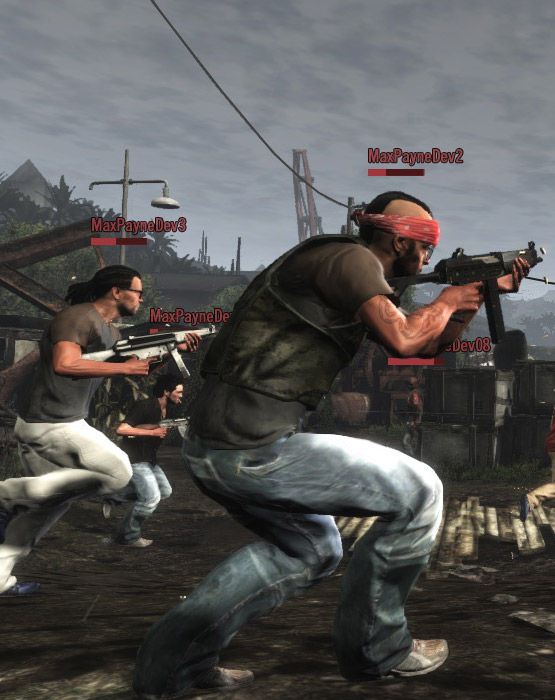 Max Payne 3, much like Red Dead Redemptionand GTA IV before it, has some pretty well-fleshed out multiplayer on hand. The Gang Wars mode remains interesting by mixing things up, the game type switching after each round and concluding with a handicapped bloodbath to see which team scored the most points. Free for all is pure chaos, and Payne Killer mode, where one player is Max Payne, another his buddy Passos, and everyone else is trying to kill them, has some promise.

The new Gangs mode is an amped up clan mode allowing players to join gangs and reap bonuses for playing together, and better still for GTA fans, gangs from Max Payne 3 will carry over to Grand Theft Auto V when it launches at some nebulous point in the future.

I suspect that Max Payne 3 will develop a sizable following, if previous Rockstar titles are any indication, but as it is now, multiplayer feels very hectic, and very random. It's hard to see where the balance priorities are, and worse, as of this writing, there are already players online using standby tricks and other exploits to make themselves unkillable and otherwise move like superhumans through the map. Not even the presence of real, honest-to-goodness bullet time in multiplayer can fix that. 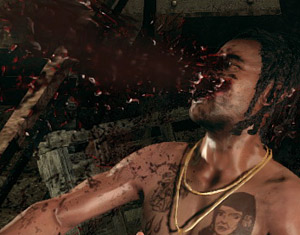 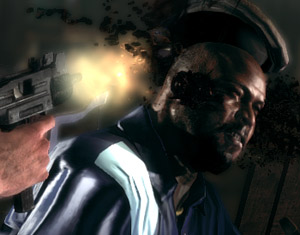 Like the previous games, monologues are Max Payne 3's sharpest tool of narration and explanation. Monologues are so constant and so important to the story that using them as a hint about where Max needs to go or how best to tackle a situation seem appropriate, apropos even. The narration is a little less tongue-in-cheek this time around, a little more genuine noir than the rolled-eye-insinuations of previous games.

The tongue-in-cheek would have felt out of place in a well-realized Sao Paulo. While characters in Max Payne 3 tend toward caricature, the sense of place is as well-realized as anything Rockstar has done. Between the music, the graffiti, the life amidst chaos, Max Payne 3 is most stylistically successful in painting a picture of a city that existed before Max got there, and that will continue to exist largely as it did once Max is dead or gone.

Somehow, and this is quite a trick, Max Payne 3 doesn't feel like it's exploiting the setting. There's a respect, a reverence there, or at least that's the sense I got. Maybe it's because amidst all of the spectacular carnage, the Schwarzenegger-meets-Michael Mann gun battles raging through the favelas and night clubs and abandoned pleasure palaces of Rockstar's enormous Sao Paulo, civilians are never your target, even by accident. As dirty as Max Payne 3 gets, there's no glorified murder of innocent bystanders allowed.

Maybe it's a byproduct of the narrowness of Max Payne 3's construction in comparison to the open world pandemonium of GTA and Red Dead Redemption, but somehow Max Payne 3 feels ... cleaner to me, than Rockstar's "bigger" titles. And I say that acknowledging that Rockstar's latest pushed my comfort levels with respect to violence right up to the edge.

The guns feel great, and powerful, and blind-firing around corners feels dangerous and desperate and satisfying in ways that no other shooter I can think of has pulled off. But a big part of that lies in how enemies in Max Payne 3 die. They sag and crumple around their wounds; they get knocked backwards; they slide to a rest and, for the final, unfortunate enemy in most encounters, the world goes into slow motion as the camera closes first on the bullets flying toward them, and then splits into three intimate views ofdamage. I found Max Payne 3's shooting fantastically rewarding, save for some of the moments where I saw a bullet enter someone's eye and blow out the back of their head, or ruin their face, all in slow motion. In these moments, Max Payne 3's violence slides from over-the-top to genuinely disturbing.

MAX PAYNE 3'S LACK OF COMPROMISE DOES ITS LEGACY JUSTICE

I won't forget my feelings of ambiguity about how far Max Payne 3 goes with its violence any time soon, but I also can't discount how well-made, how refined Max Payne 3 is. It's a game with so much baggage that I'm stunned that it's come together so well. This is the first time Rockstar has made a game that excels best as just that, supported and expertly augmented by the production values and attention to small details that its games have always been known for. It is uncompromisingly excellent, with a sense of focus that has secured Max Payne's legacy once again.