Taking a chance on CityVille 2

Share All sharing options for: Taking a chance on CityVille 2

All eyes are on Zynga. For months the social game developer has been under intense scrutiny from the media and gamers for all kinds of reasons: accusations of copyright infringement, a lawsuit from EA, falling share prices and the recent announcement of staff layoffs. To outsiders, the developer's future is unclear. What is clear is many people are watching Zynga, waiting to see what it does next. The answer, it seems, is CityVille 2.

"I'm actually very excited to be releasing CityVille 2 in this specific climate," the game's general manager, Tim Train tells Polygon. "I think the reports of our death have been greatly exaggerated and FarmVille 2 and CityVille 2 represent the next wave of innovative and fun Zynga products.

"With the current success of FarmVille 2 [which is now the most-played Zynga game on Facebook after releasing less than two months ago] and our expectations of success on CityVille 2, I think it's going to be setting the tone for Zynga moving forward."

CityVille 2 is a strategy game. According to its developers, whether players realize it or not, when they build roads and parks, expand into new districts and densely pack skyscrapers together, they will be making strategic decisions that determine how their city grows, how it looks, the kind of personality it adopts and what kind of story their city tells. It's a strategy game, CityVille 2's design director, Mark Nelson, tells Polygon. But it's okay if players don't see it as that.

Nelson is a director of design at Zynga East in Baltimore. Prior to joining the social game-making giant he was a creative director at Big Huge Games where he worked on Kingdoms of Amalur: Reckoning. He was the lead designer on the Shivering Isles expansion for Oblivion, a designer on Fallout 3, Morrowind, Bloodmoon and Tribunal. Zynga East's founder, Brian Reynolds, worked on Civilization 2, Rise of Nations and Sid Meier's Alpha Centauri. 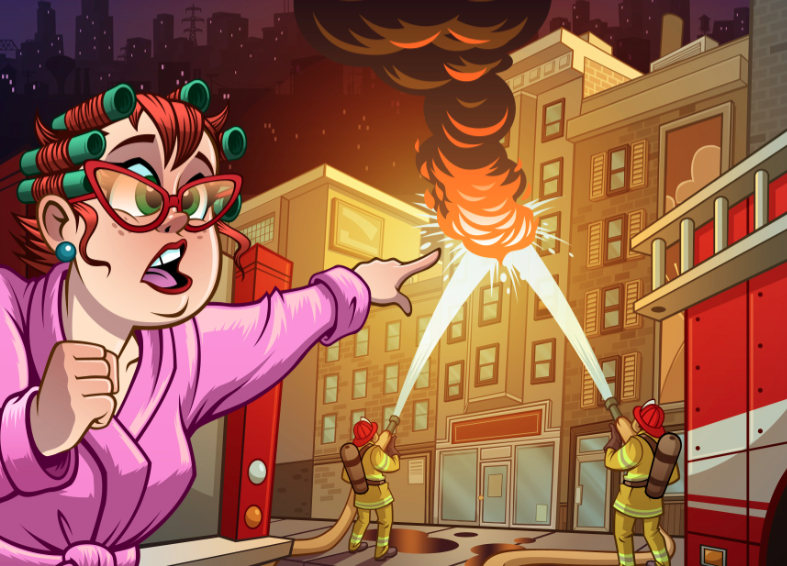 The studio is responsible for FrontierVille, a Zynga game that is widely regarded as the first -Ville title to introduce more complex elements from traditional games into the social game space with things like crafting and strategy - elements that were considered innovative at the time. But a lot has changed since FrontierVille's debut more than two years ago. Players who were new to games in 2010 have now had more than enough time to master the ins and outs of social games. Zynga has released many more -Ville titles with varying degrees of success, and what was fresh and new two years ago is now, well, two years old. Which is why the company tells Polygon that it is trying something new: a sequel.

"When we started looking into how to approach CityVille 2, the first thing we had to look at was the fact that CityVille had 100 million people playing it," Nelson says. "We really wanted to reconnect those people, to give them new ways to connect within the game and also new experiences to have while they were playing.

"So we looked at CityVille and tried to dissect what it was about that game that captured so many people's imagination." 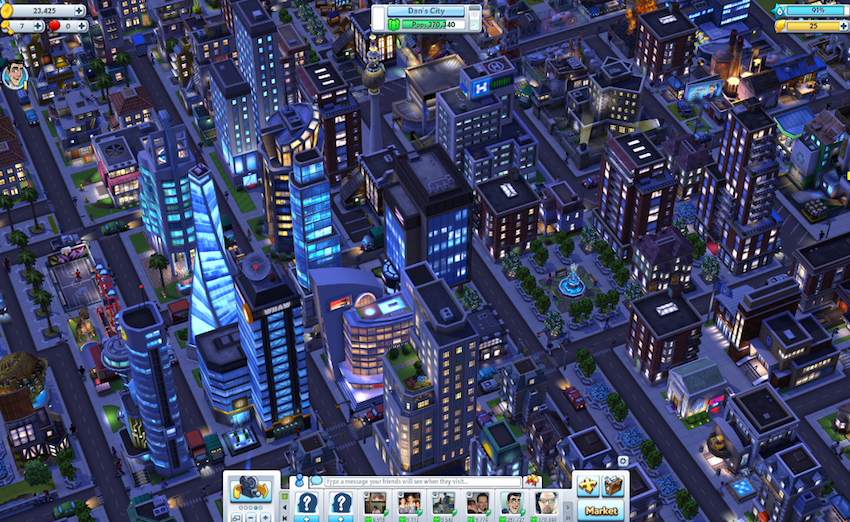 Nelson says that where the original FarmVille is a zen-like pastoral experience, CityVille is dense and more hectic. Where FarmVille is about tending to a farm and growing crops, CityVille is about construction and growing a city. Both games now have sequels, and Nelson believes both have taken what is strongest about their respective predecessors and expanded on them in ways that change the core experience, hence why they need sequels.

"What we tried to do was create these layers of gameplay for people to experience, and the thing we know is players are going to experience a game like this on really, really different levels," Nelson says. "Some folks just want to decorate - you can put down a park and add benches and sidewalks and trees and make your city look the way you want it to look, and for some players that's exactly what a park has to do.

"For others there's a systemic component."

In a demo of the game that Nelson showed Polygon, he demonstrated the spectrum in which the game could be played. On one map, he zoomed in to show the attention to detail a player can put into a game like CityVille 2, focusing on the aesthetic placement of objects and how the act of decorating can be a focal point for some players. On another map, he showed how players could min-max their game on numerous levels. For example, the placement of buildings and landmarks can affect the value of a district, so players must strategically think of how to maximize the worth of their city. The objects placed in a park can also affect what its surrounding buildings drop, so players must consider what kind of environments they want to build and how it will affect the bonuses they receive.

There is also a 'whodunnit' story that weaves through the game which players can either enjoy at a leisurely pace while they focus on decorating their streets and schools, or they can strategically accept the challenges and tasks assigned to them in order to unravel the story of their city.

"We tried to layer on these little bits of gameplay for players," Nelson says. "Some will love it and some will never care that it exists."

A RISKY TIME TO RELEASE

On the surface, CityVille 2 looks like most other city building sims. Players have a top-down perspective of their city, most buildings resemble modern homes, high-rise apartments and skyscrapers and there are only so many ways developers can depict a modern sealed road. The studio is releasing a city building sim at a time when every other social game developer has a city building sim (itself included). Nelson and Train acknowledge that it's a competitive market, but they believe CityVille 2 brings something different to the table.

For a start, Nelson explains that CityVille 2 has a narrative. The moment the player arrives in their city they find that their home has been blown up, which leads them on a trail to find out why it happened and what the city they have found themselves in charge of might be hiding. There are characters that players will frequently encounter, and these characters will grow and change with the player and the city. Then there's the playfulness of the city itself.

Like most social games it will be free-to-play and players will be able to spend money on cosmetic purchases and to unlock items. The game will also feature a strong social element where friends can invite each other to to one another's cities, post on each other's message boards, engage in a real-time in-game chat and help each other progress and level-up their cities. 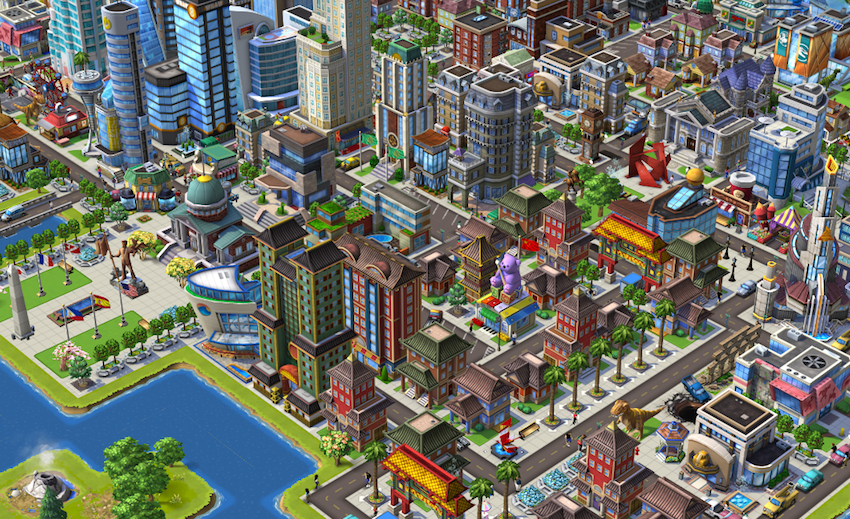 Nelson says that CityVille 2 isn't a static board on which a city can be built. It's a lively and buzzing 3D game. If a player builds a parking lot little cars and trucks will drive into the lot to park. If a player clicks on a fire engine it will put out a fire. It's a little bit stressful and frantic at times, there's constant movement and a sense that the city lives on even when the player isn't looking, and that's exactly what the Zynga East team is after.

Zynga East believes it has a good product on its hands, one that it hopes will entice CityVille players to try out and introduce a new players to -Ville games. But it is also acutely aware that many eyes are on the studio, watching and waiting for its developers to trip up.

"I don't think development could be more stressful than it already is," Nelson says. "You never like reading [negative stories about Zynga] like that. Of course I would love to think that every article that's written and every piece of news is sunny news and they talk about how awesome we are, but you have to accept what's out there and just keep trying to make the best games you can."

Nelson admits it is tough reading stories proclaiming the studio's imminent demise and the supposed death of social games, but in some ways he finds it motivating.

"When I look at the numbers and I hear 'Gee, social games are failing', I realize that if our game does the same numbers that FarmVille 2 does, then more people will play it in a week than they've played every game I've ever made prior to this," Nelson says.

"The only way I can change that is by making a completely kick-ass game that players love, and at that point, I don't care."

"I don't feel like we're failing. There are things I read and go 'Okay, I get why they're saying these things,' but you know what? The only way I can change that is by making a completely kick-ass game that players love, and at that point, I don't care. I just want to serve the players and make cool stuff and the rest takes care of itself.

"I'll know that CityVille 2 is successful if my Facebook friends aren't yelling at me for spamming their wall and sending me notes saying they like the game. I want to see what my wife says. She's not a hardcore gamer and she will tell me the truth. I want to see how my six-year-old reacts."

Nelson says that CityVille 2 might not be as immediately accessible as FarmVille 2 because the concept of city building is not as easy to grasp as building a farm with cute animals. He says it will appeal to different people, it will be a different experience.

And while all eyes are on Zynga and CityVille 2 releasing today, Nelson wants one more thing: "I hope people will give it a chance."