DmC: Devil May Cry will feature ‘subtle’ differences in Japanese release due to sexual and violent content

Share All sharing options for: DmC: Devil May Cry will feature ‘subtle’ differences in Japanese release due to sexual and violent content

The Japanese release of DmC: Devil May Cry will feature ‘subtle' differences when compared to the title's North American version due to stricter ratings board rules regarding sexual and violent content, series game director Hideaki Itsuno recently told Polygon.

The title's exaggerated depictions of violence and references to sex will be altered in Japan, he says; However he does not believe anything was cut or censored for North American audiences.

"The ratings board in Japan is more strict on sexual content and depictions of extreme violence, so there will be subtle, nothing too big, but subtle changes in the Japanese version." Explained Itsuno. He added: "But I don't believe we cut anything or censored anything from the main game in the West." 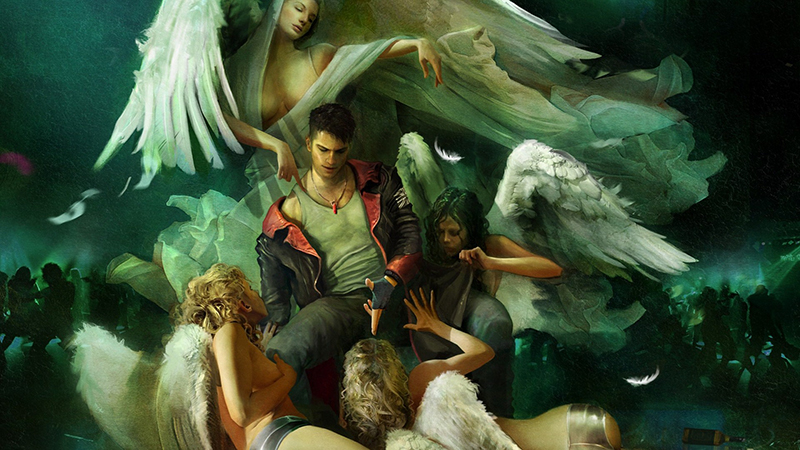 Despite an inherent difference in values between East and West, Itsuno states there were no "sacred cows" regarding the design of the new game or the creation of Dante that Capcom did not allow developer Ninja Theory to experiment with.

'The goal was to make a Western-facing Dante.'

"The goal was to make a Western-facing Dante," says Itsuno. "Once we got the character modeled in the game we offer a different kind of feedback, it was a more technically oriented kind of feedback. Once the lighting is on you start picking things up on the character that you didn't see before on the 2D image. So we gave technical feedback here about getting the model to fit nicely with the lighting.

"In the feedback early on we largely tried to take as hands off an approach as possible. The goal of using Ninja Theory was to have a sort of Western coolness attached to the character, so we gave occasional feedback just through the view of a Japanese lens of what we thought would make a cool character but we were very careful to offer those as just suggestions."

However Ninja Theory's Tameem Antoniades tells Polygon the resulting "coolness" of the game was neither a Western nor Eastern sensibility but rather what he describes as a general commentary on rebellion.

"I don't know how you define 'cool,'" said Antoniades. "If someone says they're cool they're automatically not cool. but I think it's about being original and honest. And I think when you try to look outside of video games you see what's being missed in video games as a whole. We looked up a lot of fashion and we went to a lot of gigs, we tried to understand where this concept of 'cool' come from.

"What is behind what we consider cool, as opposed to asking what items of clothing simply look cool. Where does it come from? In that sense we went right back to the source of originality and coolness which is often a commentary on rebellion."