Wii U delivers innovation, but can it outshine the Wii?

Share All sharing options for: Wii U delivers innovation, but can it outshine the Wii?

This weekend the next, next-generation of gaming kicks off with the launch of Nintendo's Wii U console.

The first foray into the next wave of gaming consoles is powered by the Wii U's unique tablet-like GamePad controller, a device that gives gamers a second screen for interacting with their games and even supports some home gaming without a television.

"Just as the Wii ushered in an era of motion controls," Nintendo of America president Reggie Fils-Aime said in a prepared statement, "we believe second-screen gaming on the GamePad will change everything — it's how you will play next."

The GamePad, which features a 6-inch touch-screen framed by a mix of buttons, thumbsticks and triggers, connects wirelessly to the Wii U console. It can act like a remote for your television, grants you full control of the Wii U's many gaming and non-gaming apps, and gives game developers a new way to deliver innovative new experiences.

"The Wii U GamePad allows us to unleash more control for the player, different sets of actions while playing the game that weren't possible before" said Electronic Arts' Frank Gibeau. "It unlocks more interactivity and user interface in a seamless and accessible way."

"We believe second-screen gaming on the GamePad will change everything," - Reggie Fils-Aime

For instance, when playing Mass Effect 3 on the Nintendo console, players will be able to use the touch screen to keep an eye on a minimap, or tap it to quickly issue commands to their squad or use their special powers.

That new interface and the Wii U's backwards compatibility to the Wii's robust library, means that the system could potentially draw in a new audience while maintaining that broad Wii audience.

"With the Wii U, Nintendo is still able to maintain their appeal because they have those accessibility options that brought in mom and grandpa and aunts and uncles to the experience," Gibeau said, "but they've expanded the depth of the system for the core player to try and bring those gamers into the fold."

That's one of the reasons Ubisoft is releasing eight games across an eclectic mix of genres for the Wii U during it's 4-month "launch window."

"When we met Nintendo a few years ago and they showed us the machine, we were very impressed by their new interface," said Ubisoft CEO Yves Guillemot. "We thought that this could change the world because they were showing the possibility of bringing a new type of gameplay."

Ubisoft saw the GamePad as a chance to create a new form of gaming, one that marries the best aspects of console and tablet experiences.

"You will have a product that will be played the same way that tablet games are today, on the couch but with a different type of quality of graphics, animations and depth of games," Guillemot said. 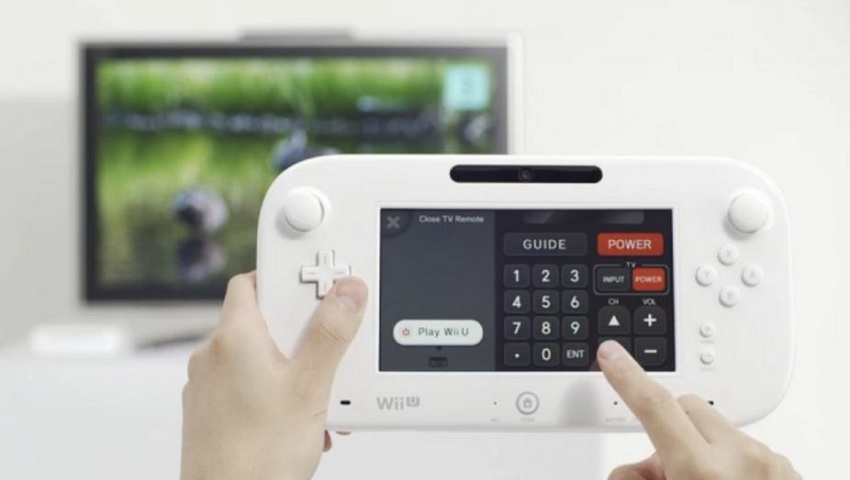 While eight games sounds like a lot of titles to bring to a still untested system, Guillemot said that Ubisoft sees these games, spread across so many interests, as a way to test the waters. The company delivery created a spread of titles that appeal separately to hardcore, family and casual gamers.

"It covers the spectrum of the kinds of games we do," he said. "The Wii U is the only machine today that really gives an opportunity to create a launch line up that can tap on many of the types of brands that we have."

While it is a bit of an experiment, Guillemot says that the company is confident that their family and casual games will do well on the Wii U. The real question is how those titles created for hardcore gamers will fare.

Electronic Arts also plans to closely chart the reaction to their launch line-up.

"We're leading with three of our biggest titles and will watch closely and make a decision on next steps," Gibeau said.

But the biggest question that remains is if Nintendo can recapture the lightning-in-a-bottle experience of the Wii, a console that vastly expanded the reach of video games.

Guillemot was reluctant to say whether he thinks second-screen gaming can do for the Wii U what motion gaming did for the Wii.

"Is it as big as the motion gaming? It could be as big because, in fact, in the family it's the way to have different rules when we play together," he said. "So the father with his kids or the mother with her kids or two friends that can have different types of activities when they play together. So this is new, and I think will be a new way for us all to actually play games. I can't say if it's as big or not, just that it is another innovation coming from Nintendo."

Nintendo Wii U, the final days before launch