The Collector's Edition for Tomb Raider available in North America will include an eight-inch Lara Croft Play Arts Kai figure, as well as a handful of physical and in-game bonuses, publisher Square Enix announced today.

The Play Arts figure, seen in the image below, includes three additional sets of hands to swap onto the figure, allowing Lara to hold her bow and arrow, shotgun, handgun or axe.

The Tomb Raider Collector's Edition will cost $99.99 and will be available in limited quantities.

Tomb Raider is coming to PlayStation 3, Xbox 360 and PC on March 5. 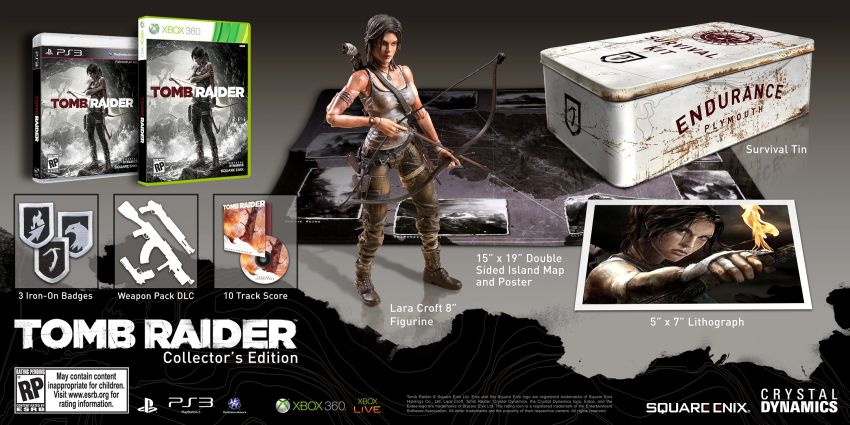