Review and information for Ninja Gaiden 3

Ninja Gaiden 3 and I have something in common: neither of us are quite sure what it is, or who it's looking for.

Team Ninja is a different studio than it was four years ago, when the last proper, numbered Ninja Gaiden game was released. Countless major contributors have departed and been replaced and, in the meantime, Team Ninja has been content to tweak its already released games here and there for re-release on other platforms ... and the less said about Metroid: Other M, the better. After the high-profile departures, it's seemed like Team Ninja is trying to figure itself out.

All of that shows in Ninja Gaiden 3. Where previous Ninja Gaiden titles have felt focused strictly around fluid, nuanced combat, Ninja Gaiden 3 feels pulled in several directions at once. It's a distracted title sharply looking from side to side at other successful games, often in other genres completely. What's left is a competent action title – but a disappointing Ninja Gaiden game. 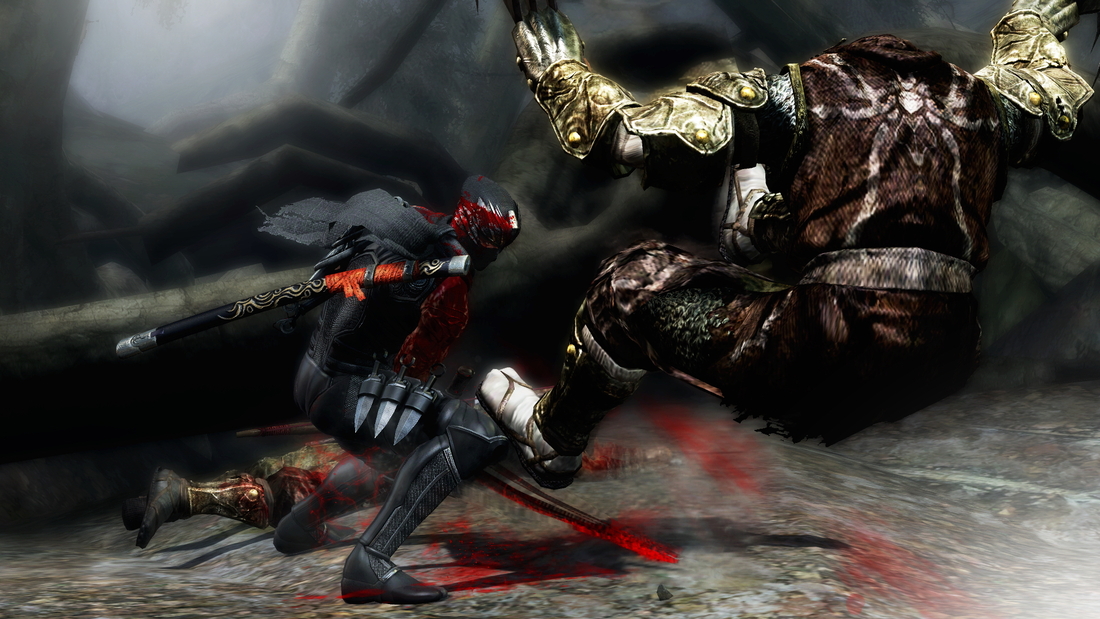 While there’s been plenty of talk of violence and difficulty with regards to Ninja Gaiden, those things are accoutrements to the series greatest strength – the mechanics. They’ve always been pretty, but it’s the playing that has always been the thing. Old fans of Ninja Gaiden will be caught off-guard right away by the most glaring changes in Ninja Gaiden 3.

There's no more red, blue, or yellow essence to be collected. There's not even an upgrade system that would allow you to spend yellow essence. Your health regenerates at the end of a match based on how much ninpo energy you've accumulated and haven't spent, and ninpo energy is accumulated by killing (so many) enemies. Once enough ninpo is accumulated, you can still cast ninpo magic, but in the main campaign, you only ever have one spell: a screen clearing dragon attack that also restores your health, based on how many enemies end up in the dragon's mouth by the end of its swirling rampage through the boxed-off combat arenas. Meanwhile, ultimate attacks, which previously required a sacrifice of uncollected essence to pull off, are now slowly earned by attacking. Once Ryu's sword is coated in red energy, you're good to go. 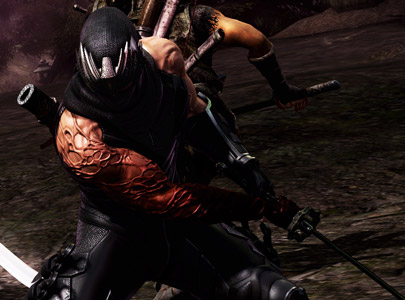 For the uninitiated, let me be clear: these changes radically alter the flow of combat from previous Ninja Gaiden titles. While the regenerating health idea was somewhat explored in Ninja Gaiden 2, a great deal of the sense of danger from previous games is gone, especially due to ninpo magic’s ability to wipe out an entire screen of enemies and refill your health completely. Ultimate attacks, which were occasional-use tactics before due to the sacrifice required to use them, are a common occurrence in Ninja Gaiden 3, since using ninpo magic will often fill your ultimate attack gauge back up again.

All of the difficult decisions and much of the strategy is gone, and Ryu is more of a killing machine than ever, save that quick decapitation (often of several enemies at once) via the flying swallow is no longer possible. For the most part, this results in a much easier Ninja Gaiden title. The surplus of health and ways to get it mean you're rarely near death or even much concerned about it, outside of boss battles. Every new wave of enemies is new meat for the ninpo magic grinder, and a refilled health bar. But playing Ninja Gaiden 3, I wondered how much these changes were intended to cause the shifts in balance that they did, given the effects of Team Ninja's changes to the combat system in other places.

For example, the elimination of essence has eliminated the need to keep combo attacks going, which is good, since the katana is the only weapon in the game proper (though Team Ninja has promised to introduce more free weapons – not including the staff or nunchaku – via DLC). But shuriken are still in Ryu's arsenal, taking up valuable button real estate like a weaponized appendix. There's no reason for them to be there – the bow now has infinite ammo, and shuriken were always a poor ranged option. They were really only useful as a means to keep combos going, particularly as the combo number reached into the hundreds. But there they are, present when the combo counter is gone.

Editor markup for Ninja Gaiden 3 Review Gallery. This is only visible in the story editor. 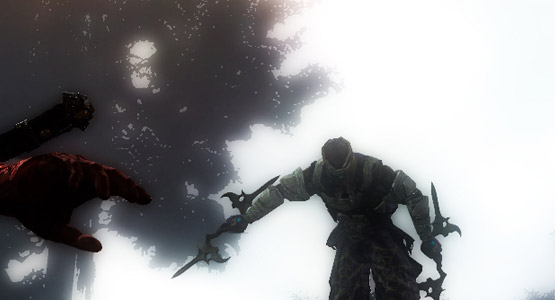 This is indicative of a sense of carelessness that pervades Ninja Gaiden 3. Midway through the game, certain enemies are immune to the most ingenious combo cross-ups in Ryu's arsenal, but fall quickly to … button mashing. Spamming heavy or light attacks exclusively is often the most viable combat option. Or you could choose to fire arrows from a jump at 90 percent of the enemies you encounter, since those arrows never run out, and the enemies that block arrows are the most vulnerable to spamming heavy attacks.

You can slowly see the complexities of the Ninja Gaiden series' combat mechanics unravel across all of these changes, but Team Ninja's worst offense is hobbling their hero. While Ninja Gaiden 3 retains the 60 frames per second graphical performance of its forebears (minus a dip in cutscenes and some absurd levels of visual tearing), Ryu is frequently unresponsive to controller input. I often found myself standing in place for agonizing seconds in a block under an onslaught of attacks as I shouted at my television and hammered the left analog stick again and again trying to slide away.

Target prioritization feels broken, and Ryu will frequently halt his attacks against one opponent to finish his combo on someone else. The input gap between the end of certain attacks and Ryu's willingness to move his ninja ass are also longer than they've ever been. All of these problems are even worse in competitive multiplayer, where you slowly unlock the standard Ninja Gaiden move set – if you try to execute a combo or technique you haven't unlocked, be prepared for your ninja dog to stand rigid, staring forward into the opponent likely mashing the controller in your direction. This has the side effect of making Ninja Gaiden 3 very little fun, and very unlike Ninja Gaiden, online. 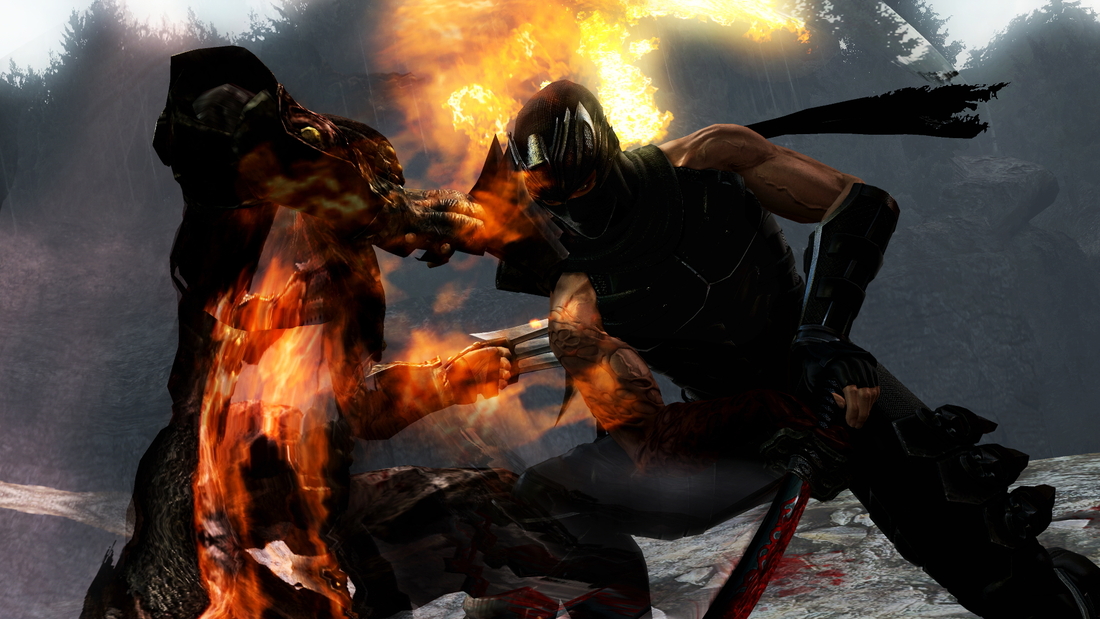 So Ryu is killing more people than ever, but it generally comes at the expense of a poorer sense of control over Ninja Gaiden 3's battles. This carries over nicely to the ramped up emphasis Team Ninja has placed on "cinematic" presentation. Gameplay-wise, this pretty much always results in watching Ryu do things or watching yourself fight a poorly placed camera that seems desperate to ape the Uncharted series, of all things. There are numerous "stealth" sections that aren't really stealthy at all, there are chase scenes that have you run towards the camera, and there are numerous cinema sequences that last upwards of six minutes. Worse, Ninja Gaiden 3 has most aggressively stupid narrative the series has ever seen.

Team Ninja has robbed Ninja Gaiden 3 of most of what made the series special, and what's left is an action game that’s trying to take aspects of the God of War series, Ninja Gaiden, and the generic character action template in an effort to appeal to everyone. There's a heavy reliance on quicktime sequences and some very contrived "experience-oriented" parts that try to convey physicality poorly. Stepping away from the elevated expectations of its lineage, Ninja Gaiden 3 isn't a catastrophe, but there are a number of much better character action titles out there, such as Bayonetta and God of War 3. Those games may not compete directly with the things Ninja Gaiden Black and Ninja Gaiden 2 were doing, but then, neither does Ninja Gaiden 3.

Team Ninja has robbed Ninja Gaiden of what made it special
What's left feels like it's desperately aping other games.

No amount of challenge levels or "extra" content can really disguise Ninja Gaiden 3's mediocrity. Enemies show up to get obliterated. Bosses appear and seem to violate the laws of space that Ninja Gaiden 3 establishes elsewhere, but they'll eventually succumb to a pattern you're not seeing yet. It's all … fine. But "it's fine" has never been Ninja Gaiden's MO before. There’s always been that quest for excellence. While Ninja Gaiden Black and Ninja Gaiden 2 weren’t perfect, it’s mind-boggling that consistent problems for the series, including an awful camera (which sometimes breaks out of the world and obstructs your view entirely), enemies firing projectiles from offscreen, and random bugs and technical problems, are still out in full force in Ninja Gaiden 3. It’s shocking that those problems are what most reminded me that I was playing a Ninja Gaiden game.

Ninja Gaiden 3 is devoid of the confidence that guided its predecessors, and has ceded any authority the franchise still retained in the action genre. Though the constant quicktime sequences don't add anything to the game, and the desperate attempts to add a cinematic flair are distracting at best, the attempt at broadening Ninja Gaiden 3's appeal isn't the problem.

Instead, Team Ninja has carelessly chopped out large parts of the series' foundation by oversimplifying the combat and neutering the most fluid controls to grace an action title. Ninja Gaiden 3 isn't an overtly bad game – it functions, it's completable with a moderate amount of frustration, and you do kill thousands of "bad guys" – but it's the worst Ninja Gaiden game by a healthy margin.

Our review of Ninja Gaiden 3 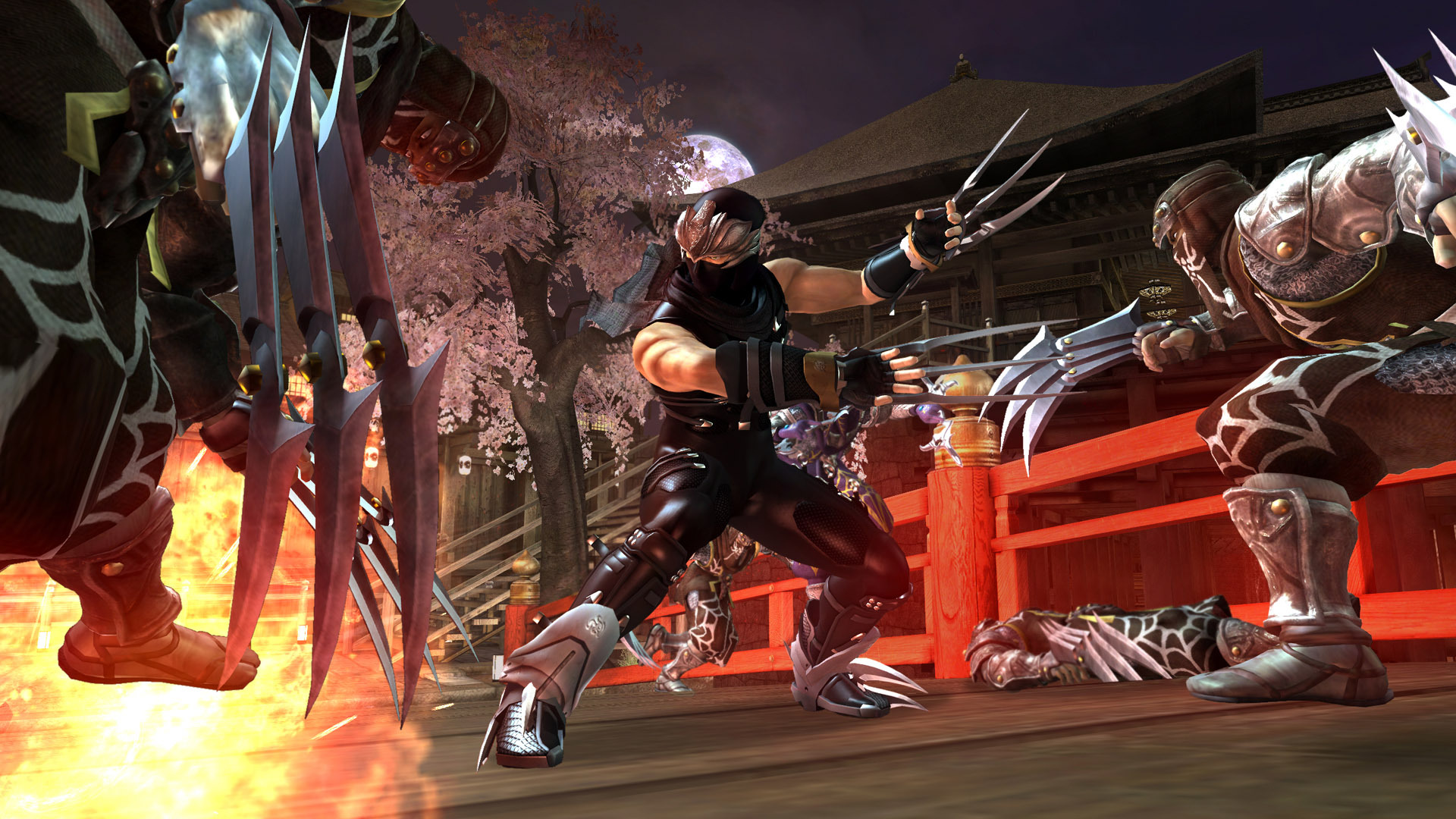