Though it doesn't have many completely new ideas, New Super Mario Bros. 2 still manages to be the most interesting take on 2D Mario since the SNES.

New Super Mario Bros. 2’s premise contains a mischievous hint of self-awareness. Yes, Princess Peach has been kidnapped yet again. Yes, Mario must journey through a handful of themed worlds, and yes, he must defeat Koopalings on his quest to save her. But this time the fireball-spitting hero has a more selfish secondary goal: amassing a fortune of gold coins.

Mario’s newfound drive for wealth brings a handful of additions to New Super Mario Bros. 2’s well-trodden 2D platformer formula. Fans burnt out by the glut of Mario releases over the past five years will have trouble getting excited by the meager new elements here, but the greed-driven gameplay gives New Super Mario Bros. 2 the most interesting evolution of 2D Mario gameplay since the SNES era. 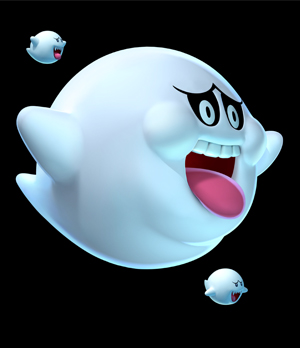 The rewards are minimal, but the joy lies in the collection itself

Coins have been the go-to collectible for Mario games all the way back to the original Mario Bros. in arcades, but as contemporary Mario games have become more liberal with handing out extra lives, the motivation for grabbing coins has vanished. That all changes at the start of New Super Mario Bros. 2 when you are given a goal of collecting one million coins, because ... well, because the game tells you it's your goal. No attempt at (or need for) contrived narrative justification here.

While the rewards are minimal — a full playthrough won't bring you anywhere near the one million coin goal, and let's just say the final unlock for hitting it isn't worth the effort — the joy lies in the collection itself. The focus on gold gives Nintendo a specific conceit to design all of its levels around. Each world builds on familiar themes — an ice world, a water world, a lava world — but the levels are packed with hidden opportunities for further gold hoarding.

Even New Super Mario Bros. 2's one new power-up is devoted to coins. The gold flower transforms Mario into a walking Midas whose fireballs turn bricks and enemies alike into coins. Using this rare weapon gives you the opportunity to carve new routes through areas and rack up crazy coin counts.

Mastering these tricks becomes especially important in Coin Rush, the biggest addition to the game. This new mode takes New Super Mario Bros. 2 into an unexpected yet addictive direction: asynchronous competitive multiplayer. You play through a randomly-selected pack of three levels under a strict time limit and with only one life available trying to set a high score based around collecting as many coins as possible. Coin Rush twists even the easiest of New Super Mario Bros. 2's levels into a stressful panic, especially when you have a friend's score mocking you.

The only problem? Coin Rush is entirely based around Streetpassing records from one 3DS to another. The amount of use you get from Coin Rush is directly proportional to how many friends you have who live in the same city as you and own a 3DS. In other words, I was barely able to enjoy the best parts of this mode. Even with limited use, this wonderful proof of concept has my mind racing with the possibilities of similar offerings through Wii U's online friends list. 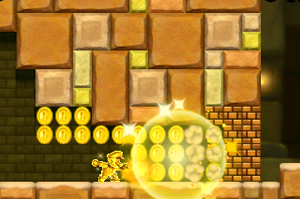 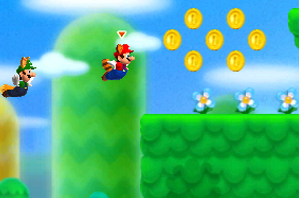 New Super Mario Bros. 2's two-player co-op mode is also restricted to local wireless use, but it also disappoints more than anything else in the game. A second player can join in as Luigi on any of the game's levels, but they'll need to fight through powerful framerate slowdown and the boneheaded decision to keep the camera centered on Mario at all times, even on the other player's screen. This degree of technical incompetence is rare for Nintendo, but at least it's relegated to the one mode I wasn't terribly interested in anyway.

Even ignoring the lackluster multiplayer options, New Super Mario Bros. 2 lays out a wide array of challenges across around 80 levels. The levels use space in an interesting way, often scrolling vertically and featuring alternate paths that cross like a double helix. It never reaches the heights of creativity or difficulty of last year's Super Mario 3D Land, but I was still challenged, especially trying to round up bonus star coins in subsequent runs.

Ultimately that failure to feel as fresh as Super Mario 3D Land is going to define New Super Mario Bros. 2 for many people, but it hides deeper treasures for those willing to look past the familiarity. Even if it doesn't pay off in the end, Mario's gold rush lends the level design a unified focus. It allows Nintendo to experiment and develop tricks we haven't seen before, tweaks that expand on the language of a 2D Mario game in worthwhile ways. New Super Mario Bros. 2 doesn't hit the jackpot, but sometimes a steady paycheck is enough to make you smile.

Polygon Deputy Reviews Editor Philip Kollar may not be rich in gold coins, but he is rich in friends. Except none of those friends own a 3DS, so he's looking to trade up. Follow Phil on Twitter for details.