Deadlight stumbles on execution, but polished presentation gives this side-scroller some new life.

Review and information for Deadlight

Deadlight proves that a story doesn't need an original premise to work. In the midst of a sort of second renaissance of zombie games and movies — thanks largely to The Walking Dead — new developer Tequila Works has taken the very core of the zombie story idea and polished the everloving hell out of its presentation.

That polish doesn't extend to all of the game. Deadlight sometimes buckles under the weight of its own mechanical stumbles, and it struggles to communicate with the player beyond repeated death and frustration. But Deadlight's ambition and strong direction make for something interesting. 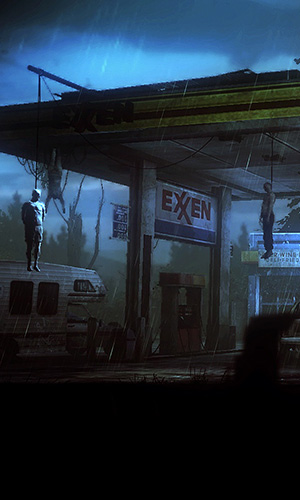 It's hard to believe that Deadlight hasn't been done before. A sidescroller built in the Unreal Engine, Deadlight is, mechanically speaking, most similar to the rotoscoped classics Prince of Persia and Flashback, with some elements of the original Oddworld titles.

But those throwback mechanics are paired with a retro zombie horror-show. Set in 1986, Deadlight follows Randall, one lonely survivor as he flees through the streets of a ruined Seattle, trying to find an elusive safe point and the wife and child he hopes will be there.

Randall spends most of Deadlight avoiding "Shadows," victims of the unexplained plague that's overrun the world. There's the switch-pulling and jumping you'd expect in a 2D action-puzzle-platformer, but Deadlight's real success is in how it executes on those gameplay elements, and the solid logic behind those setups.

Randall knocks over bookcases to block doors, lowers car lifts in garages, climbs chainlink fences, and traverses overhangs to avoid conflict as much as possible. Randall isn't always running in Deadlight — there are weapons to be found. But in a smart move that forces more creative thinking, weapons in Deadlight offer only a temporary respite, bucking the more conventional power fantasy of most zombie titles.

Instead, weapons are a necessary tool in a post-human world. An axe can be used to break open a boarded-up window, a handgun can shoot a distant lock holding an out-of-reach shutter closed.

Deadlight makes sure that weapons aren't a foolproof defense. Randall has a limited amount of stamina, exhausted by running, jumping, climbing, and, say, swinging an axe, and even reloading the revolver or shotgun he can find is a one-cartridge-at-a-time process. Manual reloads aren't difficult, but they're just tedious enough that I didn't bother to do it immediately after expending some of the very limited ammunition I found. As I expect was Tequila Works' intent, this screwed me a couple of times. But at least it felt fair, if strict — which is more than I can say about some of Deadlight's puzzle-platforming.

When Deadlight really clicks, it's exhilarating and smart. Kicking down a door, jumping a gap, barreling through a boarded-up entryway, jumping from one rooftop to another into a roll to avoid injury — this is what you want from a side-scrolling zombie apocalypse. But during some of its more elaborate puzzle sequences, Deadlight can't quite find the vocabulary to explain what it expects of you.

Deadlight's navigation suffers from some of the same problems of other 2D-in-3D platformers. Randall feels jittery, and I clung to control a little too often. Deadlight has a habit of asking for more pinpoint timing and precision than the game manages. And worse, trial-and-error is often the only real way to solve some of its puzzles, with the wages of error in this case being death. And after dying around six or seven times at one particularly obtuse puzzle involving never-ending zombies and a two-screen solution, Deadlight's load times took what felt like an eternity. 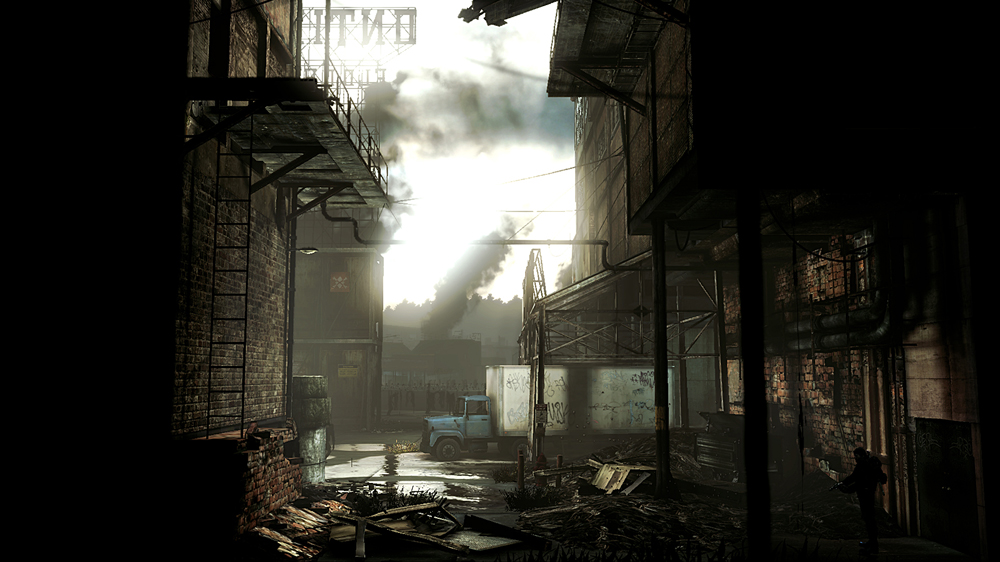 Otherwise, Deadlight is a short trip. Its color-drained 1986 Seattle evokes the bleakness of The Walking Dead or Romero's "Dead" films, sans the satire. There isn't much humor to be found here, gallows or otherwise. The story is played ruthlessly straight.

On the one hand, humor is hard, and poorly executed jokes would have felt in poor taste amidst all the misery and death. But maybe a little humor could have mitigated the heavy-handed, over-serious script. It's almost as if Deadlight is under pressure to remind you exactly how depressing and nightmarish its world is at every opportunity, pressure which results in dialogue and situations that feel forced. Several flashbacks tip from tragic into maudlin caricatures of grief. 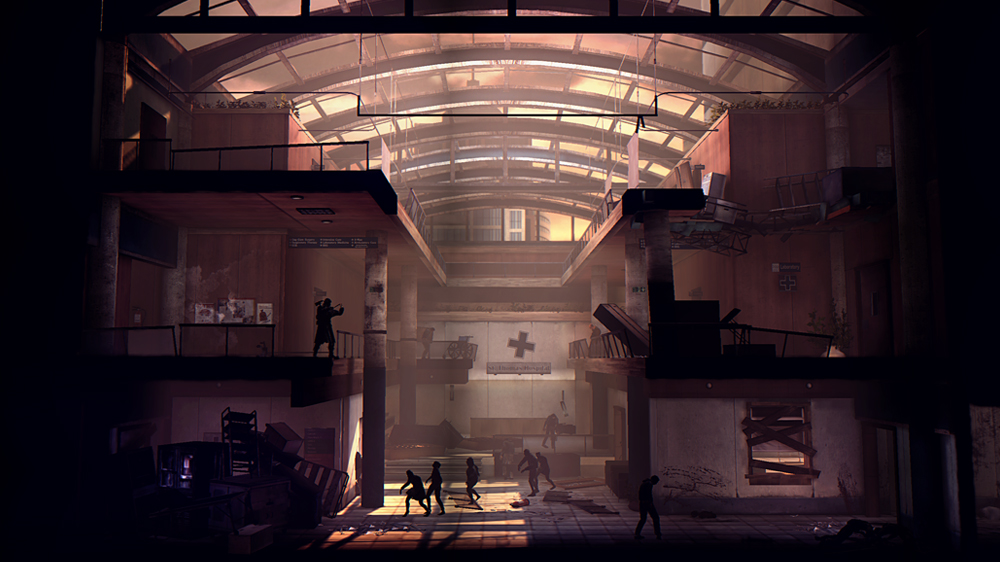 But there are times when Tequila Works' ambition hits home, with some very dark payoffs to story beats and character development. While some of that development depends on the lost pages of Randall's diary scattered throughout Deadlight's three acts, they're not especially hidden, and Deadlight's truncated length — around three hours, give or take — allows new playthroughs to find missed secrets without a sense of obligatory padding.

It might take repeated playthroughs to get everything that Deadlight hints at. It's a short game, but there's a density on display. And without spoiling anything, by the end of the game, I wasn't sure if what I was seeing was what was really happening.

Despite some mechanical flaws, Deadlight's gambles pay off

While Deadlight makes a gamble hiding some of its biggest narrative successes behind collectible items, that risk pays off well enough to overlook some of its mechanical flaws. Tequila Works pushes the presentation and production values of the genre past where anyone could reasonably expect, and has a game that stands out because of it. If it were longer, it would suffer more, but the time investment required and the ultimate rewards Deadlight offers make it a standout for this year's Summer of Arcade.

Arthur Gies is Polygon's Reviews Editor, and thinks spike traps probably don't mean much to a zombie. Follow him on Twitter.

Our review of Deadlight 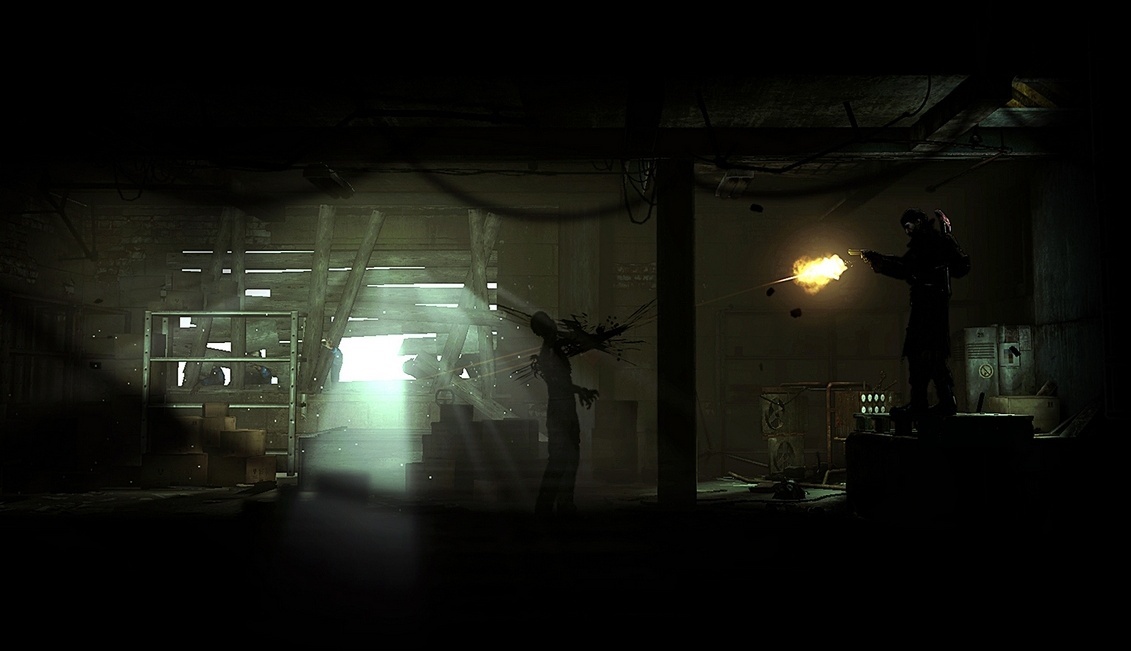