It can be rough trying to make a living on words, but even the scribes who struggle the most have the benefit of not living in a world where shadows can kill you. In Alan Wake's American Nightmare, the titular author isn't so lucky.

American Nightmare isn't quite a spin-off, but it's also far from a sequel. The XBLA game takes place after the events of the original Alan Wakeand its two DLC packs, "The Signal" and "The Writer." Wake remains trapped in The Dark Place, an alternate realm sort of like that place where the Ghostbusters used to keep Slimer.

Alan Wake's DLC packs focused on Wake adjusting to this chaotic world, trying to maintain his sanity. Now two years have passed and Wake is the master of The Dark Place, able to shift reality using the power of the written word like an indoorsy, flanneled Neo.

Even in the dark place, spiders still suck. 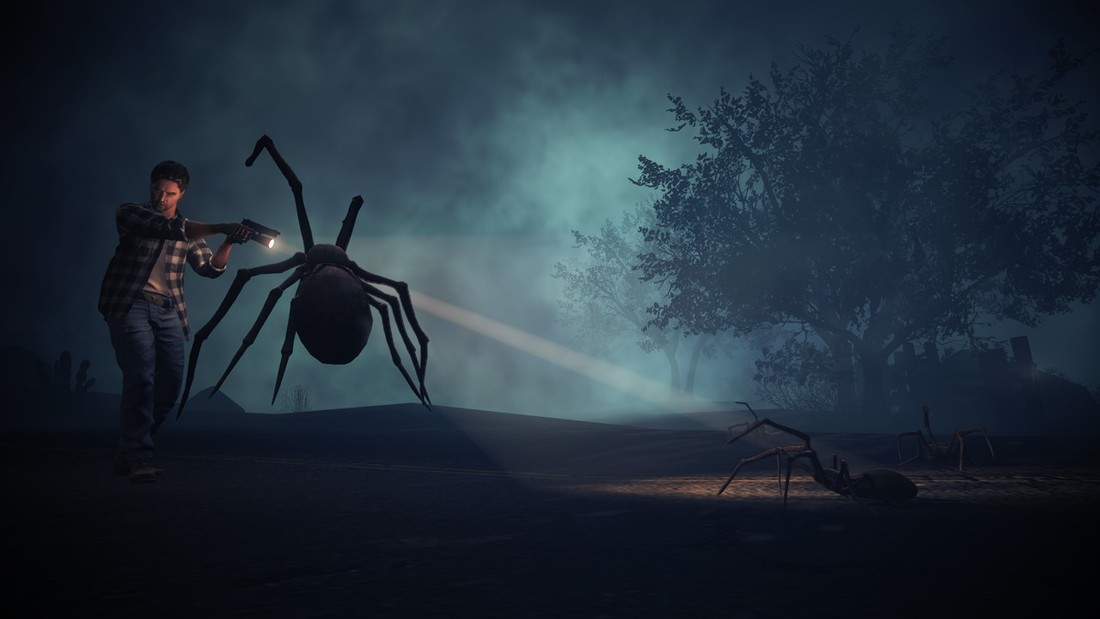 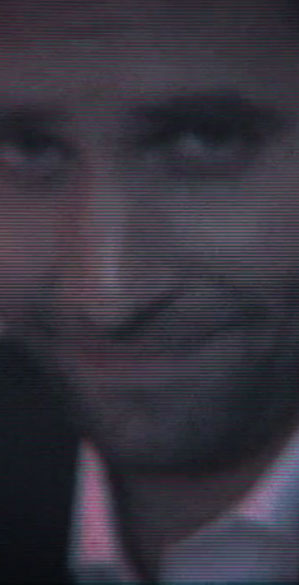 While the events of American Nightmare occur in The Dark Place, the environs you'll explore are far more grounded than what we've seen before. Night Springs, Arizona is a small desert town with familiar small-town staples. A diner, a drive-in, a motel. But Night Springs doesn't exist in the real world. It's just in Wake's mind (or The Dark Place...or both...it's complicated), inspired by a TV show he used to write for that happens to bear striking similarities to The Twilight Zone, complete with creepy Rod Serling-esque narrator.

Wake's nemesis in The Dark Place is himself, or rather, a nasty version of himself. The Dark Place has a penchant for splitting someone's pysche in two, and this time Wake is battling an egomaniacal, murderous party fiend named Mr. Scratch. "Do you know the real difference between us?" Scratch asks Wake. "I'm not afraid to be the center of attention!" True enough, as this Dark Wake spends his time romping around Night Springs, killing innocents and threatening Wake's loved ones in creepy live action videos found on TVs scattered about American Nightmare's world.

American Nightmare's structure feels like an episode of The Outer Limits. Taking place across three hub-like levels which allow for plenty of backtracking and exploration, Wake's double keeps sending him into a time loop, forcing him to return to the beginning of the game to start from scratch.

The hubs aren't huge, but they do give you room to work, offering a glimpse of whatAlan Wake might have been in its original incarnation as an open world game. By the end of American Nightmare, you'll be intimately familiar with these hubs. This knowledge allows you to tackle each hub more effectively, each time coming closer to wiping Scratch out completely. It's a clever idea, but it also feels like a little like it's intentionally padding American Nightmare's length.

Most of the mechanics in American Nightmare are lifted from Alan Wake proper. Wake's flashlight returns, able to wear down the dark armor that protects his foes, leaving them vulnerable to more conventional weapons. There are, however, a handful of new enemies to face, including a flock of birds that can transform into a man and back again. Another enemy twists the light mechanic: When struck by light, it splits in half. The two halves are weaker but there's danger in numbers, requiring an adjustment of strategy.

Other additions are less interesting. There's the guy who throws grenades. Yawn. And the really big guy who takes a lot of shots to kill. Double yawn. And then there are some spiders which, well, leap at you. Maximum yawn. There's so much potential there, so much room for creative enemy types, that it's disappointing not to see more.

What's there plays well though. The combat remains as entertaining as ever, which is highlighted in the survival-geared Arcade mode. Set across five arenas, Arcade Mode throws nonstop waves of enemies at you for ten minutes, with a high score as the main goal. Weapons unlocked in Story Mode can be used in Arcade, including uzis, combat shotguns and crossbows for use against the shadowy Taken.

It's a fun distraction, but Arcade Mode probably wouldn't stand as its own game, offering just a couple hours of entertainment before you'll want something more substantial.

But American Nightmare's story is more disappointing. The original game resonated because of the twist-laden narrative Remedy crafted, populated by fascinating characters and cliffhanger moments. American Nightmare offers just a bit of backstory, giving small details on what Wake's friends have been up to in his absence. Worse still, there's a lack of closure or resolution to Wake's predicament, reinforcing the feeling of hopelessness present in Alan Wake's DLC releases.

WAKE'S ARSENAL HAS BEEN EXPANDED TO INCLUDE POWER TOOLS. OUCH. 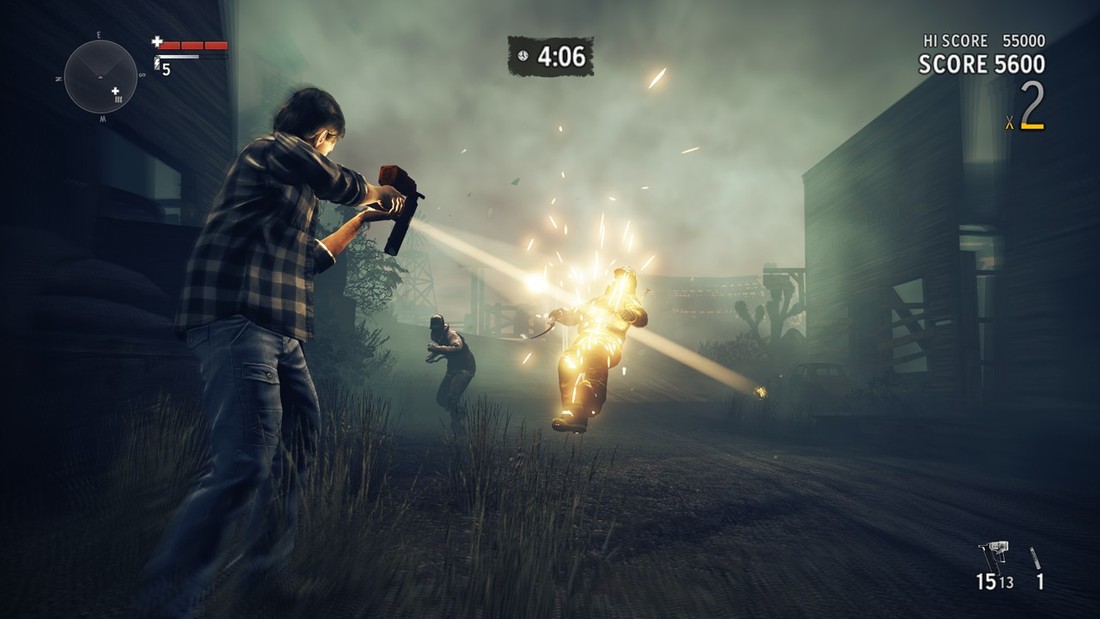 AMERICAN NIGHTMARE FEELS MORE LIKE A DETOUR THAN A TRUE SEQUEL

Alan Wake ended with one of the greatest video game cliffhangers in recent memory. Fans expecting a resolution to that cliffhanger won't find that satisfaction from Alan Wake's American Nightmare. What they will find is a refined version of Alan Wake's light-and-dark conceit, along with some story bits that function best as fan service. American Nightmare is an enjoyable way to spend the weekend, but it feels more like a detour than a true sequel to Alan Wake.