Dragon's Dogma is Capcom's answer to a challenge of sorts.

Prevailing wisdom has written off JRPGs as a genre dominated by teams unwilling to learn from the advances made by their Western counterparts. But at Dragon's Dogma's outset, Capcom seems to ask, "You like Western RPGs? We can do Western RPGs."

And the game quickly proves that they can ... some of the time. Dragon's Dogma succeeds about as often as it fails in its attempts to emulate beloved Western-developed RPGs like The Elder Scrolls series. But Dragon's Dogma finds a voice of its own, one that reminded me why the distinction between Western and Japanese RPGs is not only meaningful, but worth celebrating.

After a quiet beachside village is attacked by a dragon, Dragon's Dogma's mute protagonist wakes up alive despite having had their heart removed by the dragon. This marks the main character as "Arisen," a legend destined to appear every so often to save the land of Gransys. With that, you're off to face the expected world-plaguing evil, helping out beleaguered townspeople along the way. Dragon's Dogma's first 15-20 hours scream generic fantasy.

Dragon's Dogma's plot takes time to do anything interesting, but it does head in some surprising directions. Goblins and dragons aside, Gransys appears to be a bright, cheery, idealized fantasy world — at first. However, as you gain audiences with more powerful characters, a darker reality is revealed. Some subplots dangle unresolved, but cults, political corruption, and a late-game twist spin the plot into intriguing areas that I didn't expect.

Combat also goes in unexpected directions. Dragon's Dogma'sfights are more hack-and-slash action game than traditional RPG, though character growth holds satisfying depth. Whether you're a spell-slinging mage or a defensive fighter, there's a wide variety of skills and upgrades to unlock as you level up. 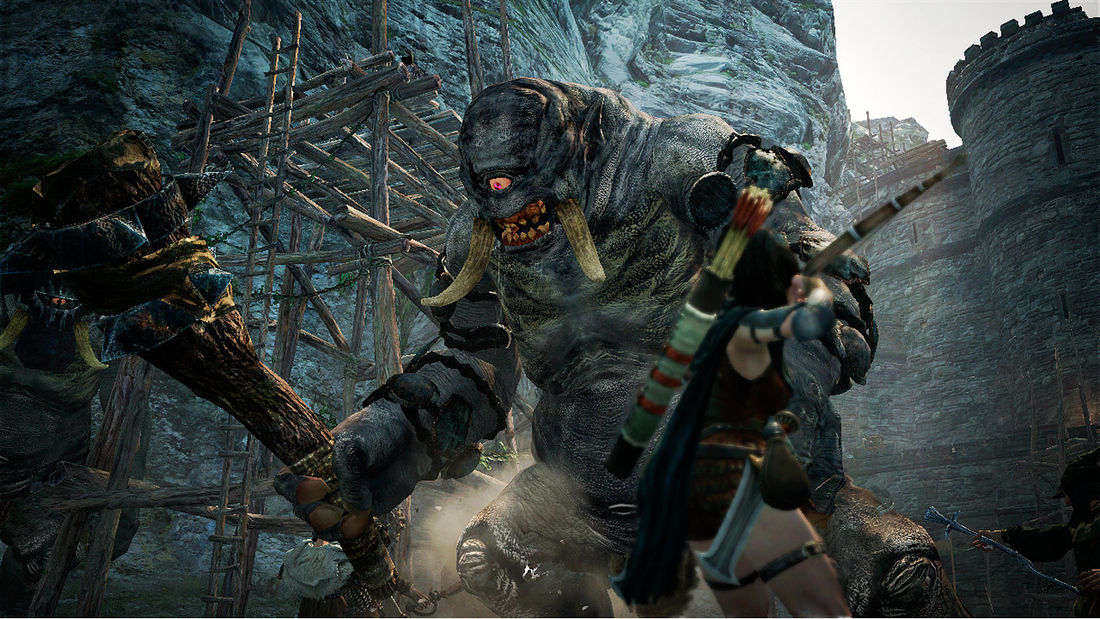 But if you're going to play Dragon's Dogma at all, you should probably play as the strider class first. This fast-moving, thief-like vocation wields dual daggers as well as a bow, but it's most crucial advantage lies in the best part of Dragon's Dogma: climbing on massive monsters.

Since the large cast of giant, mythical beasts ofDragon's Dogma are almost impossible to best in regular combat, they require advanced tactics to take them down. Most of the time this means getting in close, grabbing onto fur, scales, or whatever else you can, and clambering up your foe to find a weak spot to slash.

These segments aren't without fault — the camera pulls so far back that it sometimes becomes hard to see where you are, and it's difficult to tell if you're holding on or being tossed around at any one moment — but the exhilaration of felling such huge beasts outweighs any frustrations. 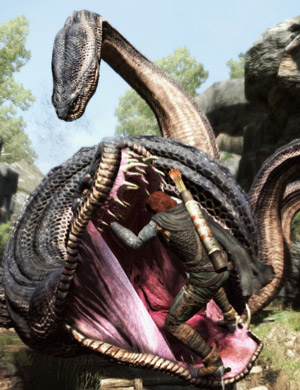 While the giant-traversal evokes memories of 2005's Shadow of the Colossus, any serious comparisons to Dragon's Dogma begin and end with these major enemy encounters. Where Team Ico's title stripped down every element you'd expect from a fantasy game — and even emptied the world itself — Dragon's Dogma takes place in a land infested with regular-sized enemies to contend with, much to my disappointment. Every time you set out on a quest or head back to the hub city of Gran Soren, you'll be besieged by goblins, wolves, bandits, and all other forms of common nuisances. Combat remains fun in these smaller battles, but the game doesn't have enough variety in lesser creatures to prevent boredom from seeping in.

Your frequent cross-country treks are also harder than they need to be thanks to your reliance on pawns, Dragon's Dogma's unique AI party system. Early in the game, you create a single main pawn that levels alongside you. Two other party spots are filled by pawns that cannot level, so you'll need to continue swapping out for new ones. While these pawns can be auto-generated by the game, you're encouraged to look for pawns created by other players and uploaded to the game's servers. Likewise, your main pawn can be recruited by other players, earning you treasure and experience even while you're offline.

Similarly to ghosts in Dark Souls, Dragon's Dogma's Pawn system encourages a sense of community in the absence of traditional multiplayer options. It also means that you're stuck relying on questionable AI for everything. Sometimes the pawns perform exactly the role you need them to in each battle. Then, out of nowhere, they refuse to give you the holy weapon buff you need to efficiently take out undead enemies, or they keep fighting too close to cliffs and getting flung off, dying in locations where you can't reach them for revival, forcing annoying reloads.

But Dragon's Dogma kept winning me over. Every time I started to dislike the game, a great dungeon, insane plot twist, or awesome setpiece boss battle pulled me back in. It's worth sticking with it, too; your journey culminates in a lengthy post-credits dungeon that's easily the best part of the game. This sequence cuts out most of the minor enemies in place of frequent arena-style boss battles against both new opponents and upgraded versions of previously defeated foes, all in a section set ostensibly after the game is over.

It was during this off-the-wall, challenging final area that I was struck by how vastly dissimilar Dragon's Dogma's ambitions are from those of Western RPGs. Western RPGs tend toward the down-to-earth and practical: a believable world, an endless stream of quests and locales, a complex crafting system to keep players busy.

DRAGON'S DOGMA IS AN UNEVEN BUT FASCINATING EXPERIENCE

Dragon's Dogma, on the other hand, embraces wild design choices that provide fascinating results, even when they don't necessarily work toward a better experience for the player. From the random NPCs you've helped showing up out of nowhere to aid you against bosses, to the bold — stupid, some might say — choice of saving some of the coolest encounters for the bonus post-game dungeon, Dragon's Dogma never stopped surprising me. Like many of the Western RPGs that influenced it, Dragon's Dogma is an uneven experience, but it's one that rewards patience and perseverance, and it's a bold argument for why Japanese developers should continue making RPGs, with or without the inspiration from this side of the Pacific.