In the wake of a disaster, survivors are left to ask the most basic of questions: why?

I'm left with a similar train of thought having finished Resident Evil: Operation Raccoon City. Arguably Capcom's most lucrative franchise, I walked into Raccoon City expecting competence. I walked out stunned at SOCOM: Confrontation-developer Slant Six Games' shambling shell of a Resident Evil Game. And I'm left with that same disaster-related question: why?

At least Resident Evil: Operation Raccoon City's premise doesn't feel like the goofy contrivance typical of the now-standard major-franchise side-story. The setup and genre fit together perfectly: circa the events of Resident Evil 2, archetypal evil corporation Umbrella had its own contingencies in place in the event that the situation at their Raccoon City research facilities went ugly, and the Umbrella Special Services Delta Team is part of that.

A paramilitary group composed of eminently qualified psychopaths and burnouts, Delta Team's exploits are tailored to the idea of a squad-based third-person-shooter in the vein of SOCOM. There's even a great excuse for competitive multiplayer, with two opposing forces similarly equipped and equally motivated to kill each other. It's a little shocking that it's taken Capcom this long to get the ball rolling on exploring this particular pocket of Resident Evil continuity.

But like its fictionalized small-town suburban namesake, Resident Evil: Operation Raccoon City is a disaster where everything has gone wrong — even the things I wouldn't assume could go wrong.

Resident Evil: Operation Raccoon City gets off on the wrong foot right away. As Delta Team links up with Resident Evil recurring gag character Hunk in his mission to relieve Wiliam Birkin of the G-virus (and if you don't know what that means, RE: ORC's story isn't going to make sense at any point ever), I was greeted with visual hiccups and awful character animation, complemented by some of the worst, most floaty controls in a third-person shooter that I can remember. Every action takes multiple seconds longer to accomplish than it seems like it should. 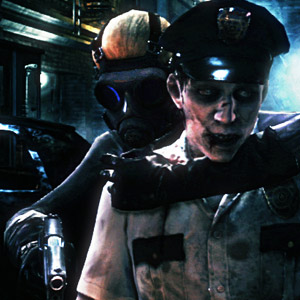 There's a cover system but it barely functions; while your character can stick to a wall auto-magically, there's no telling when you will or won't be able to aim over it, and blind-firing is even less reliable. Frequently, trying to aim nets a result of your character sitting on their ass (with the distinct possibility that zombies are trying to chew on said ass). Forget vaulting over cover — I was excited when I could reliably disconnect from it.

Guns rattle and sputter in the direction of enemies, and "focus," Resident Evil: Operation Raccoon City's buzzword for holding the left trigger to aim, doesn't make much difference. The fastest method of dispatch is RE: ORC's sole bit of mechanical inspiration, the "quickdraw." Holding down the left shoulder button will instantly draw your character's sidearm, auto-drawing a bead on the nearest (ish) threat.

Going from unloading a light machine gun or assault rifle at a horde of zombies to frantically emptying a handgun magazine into a screamer in one smooth motion is balletic. It fulfills the promise of the gameplay loop that Slant Six seems to have been fumbling toward. It's the only moment that ever really sells any of Delta Team as a group of professional soldiers.

That sense of inspiration fell away as I realized that it was always more effective to use quickdraw, ostensibly a last-resort tool, all the time. Sure, there's less skill involved in quickdraw's auto-tracking, but it was orders of magnitude less frustrating compared to using the most expensive, most "accurate" assault rifles. 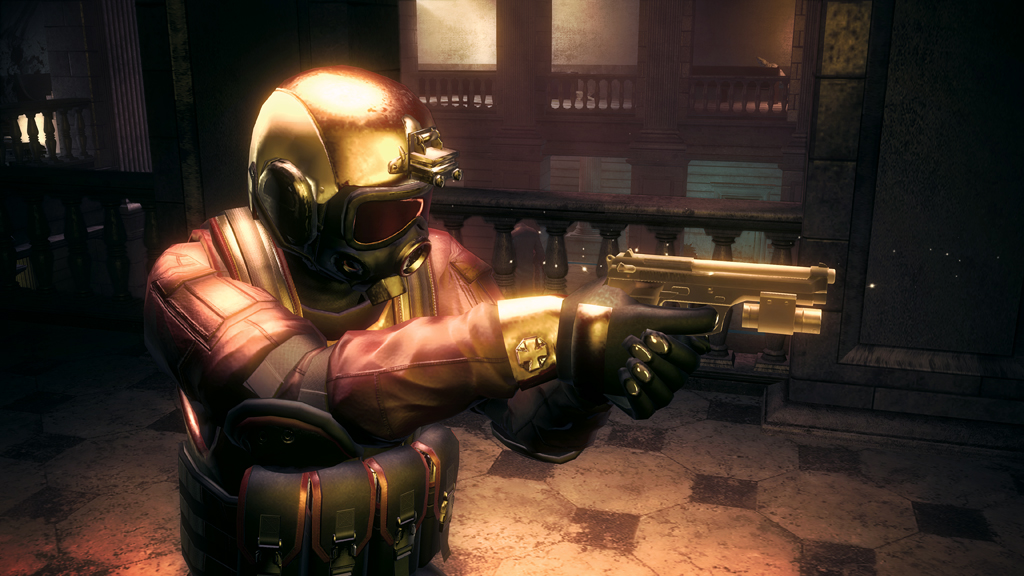 But bafflingly, this mechanic also works in RE: ORC's objective-based competitive multiplayer against human opponents. Throw in a selectable character like Lupo, with her incendiary ammunition special ability, and I slaughtered the opposition again and again by holding the left shoulder button and rattling off right trigger presses, rarely needing to resort to the most powerful assault rifle in the game.

This is a poorly considered design decision in a game full of them. Other choices feel like they were made by a team in a rush. Levels are small and padded out by rooms that look exactly the same, or by extended series of rooms that involve multiple waves of enemies. These combat spaces just aren't that interesting to look at, or to fight in, and multiplayer primarily consists of maps plucked from the campaign.

Even the cooperative aspect of Resident Evil: Operation Raccoon City feels a bit like a trap. If you can con three other friends to play RE: ORC with you, I can't imagine you'll stay friends for long. While company manages to dilute each player's share of the misery, RE: ORC isn't really any less frustrating with multiple players, as most of the mechanical problems with the game remain identical. But then, co-op does shield you from RE: ORC's breathtakingly stupid AI partners, which seem to enjoy running into flames, stealing first-aid sprays, and generally getting downed in the most inconvenient areas possible.

Resident Evil: Operation Raccoon City's bugs and lack of polish are the final insult. In my playthrough, I witnessed AI teammates stop moving forward and fire back and forth in a 130 degree arc, glitch their way back up a point-of-no-return only to get butchered by BOWs where I couldn't reach them, or moments where they would freeze in place. There are also moments of odd audio distortion and points where audio cues cut out completely, including the anti-climactic final encounter.

The bugs and lack of polish are the final insult

All these problems shouldn't bother me that much. Resident Evil: Operation Raccoon City is a bad game. It sounds tinny and derivative, and the visuals are muddy, dark, and generic, taking even iconic Resident Evil mainstays like Tyrants, Nemeses, Hunters, and Lickers, and making them look plastic and boring. Worse, they take recognizable human characters from the series and turn them into ugly facsimiles.

Stranger still (I know!), I'm pretty sure they used two different voice actors for Leon Kennedy. While I'm not the biggest Resident Evil fiction nerd out there, that audience is vocal about what they don't like and sensitive to shabby treatment, words that fit RE: ORC perfectly.

That carelessness bothers me because there are fragments of good ideas in Resident Evil: Operation Raccoon City. The character system and progression, based around experience earned in game, works well, and allows you to tailor your inventory to your play style. And the infection mechanic, where you'll be afflicted with the G-virus by the occasional bite and need to find an anti-viral spray (or be put down by your teammates, with a whole host of very mercenary — and fun — achievements in tow) could be something special. But it's barely explained, and hardly explored.

I can't say that Slant Six didn't care. But it never feels like they did.

There's no rock. There's no hard place. Resident Evil: Operation Raccoon City isn't caught between anything — it's buried under countless poor decisions and technical problems. Even worse, one of the areas of Resident Evil's fiction ripest for exploration has been soured by a game that I can't recommend to anyone. An insult to Resident Evil fans, a failure at the most basic level for shooter fans, and a possible friendship-ender for those looking for a cooperative experience, Raccoon City is a disaster zone better left abandoned. 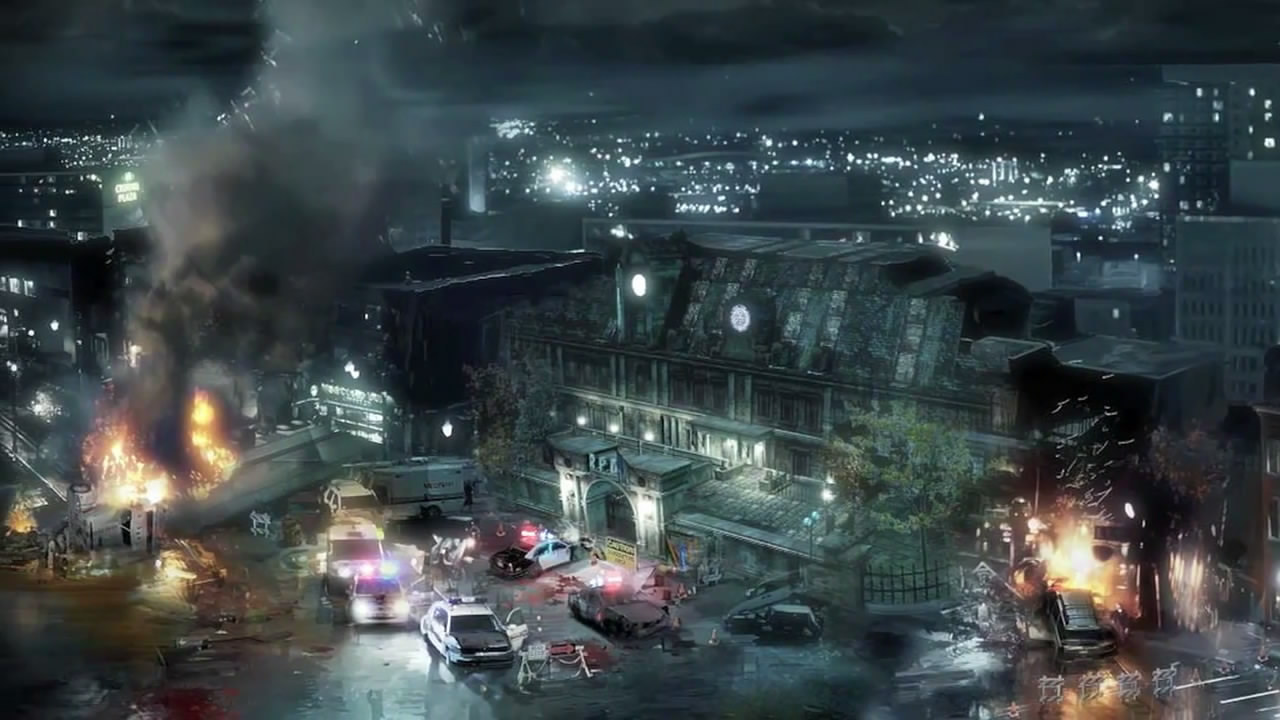