"Dawnguard," Skyrim's first expansion, is stuck in an eternal struggle with the sun.

Skyrim's "Dawnguard" expansion has a lot to live up to.

These examples represent the very best Bethesda has brought to their games, expansions which felt drastically different from their roots. "Dawnguard," unfortunately, goes another way. 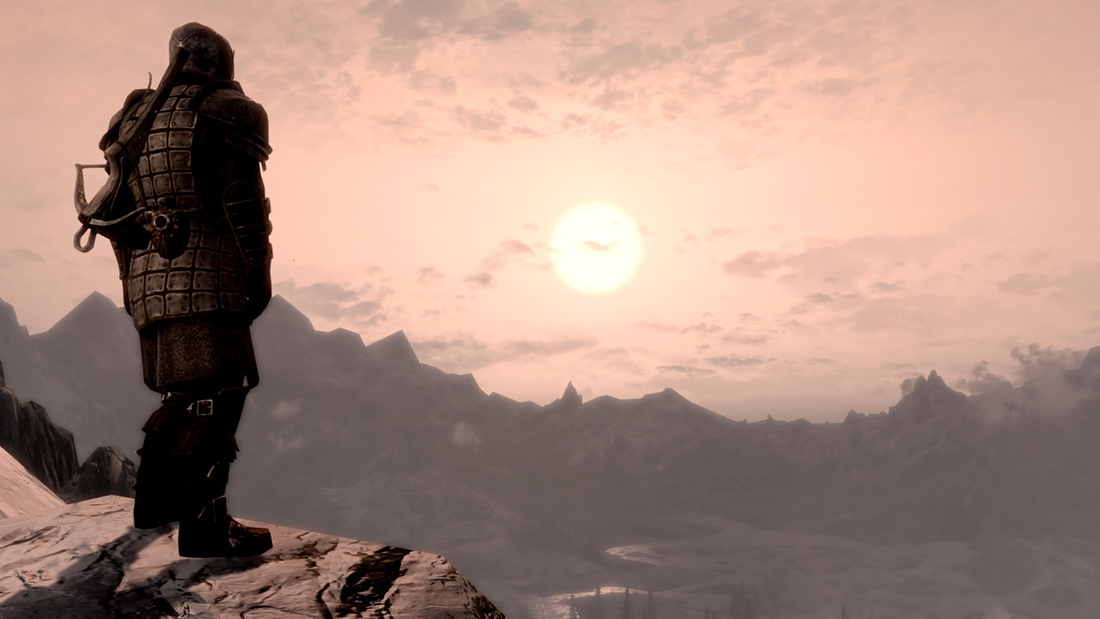 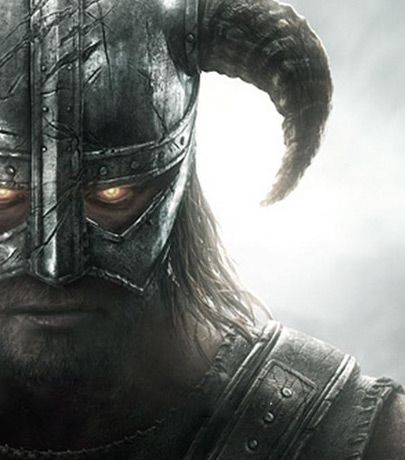 "Dawnguard" revolves around vampires and the titular order of soldiers pledged to fight them. Townsfolk will stop you in the street, mentioning that that the Dawnguard has reformed - and they're looking for new members. Reason enough to check out their secret base. Once you join up, you're given a crossbow (the only new weapon type in "Dawnguard," which instantly fires at full strength at a trigger pull) and sent off on your first quest to deal with some blood suckers.

'DAWNGUARD' GIVES YOU A CHOICE: BECOME A VAMPIRE LORD, OR WAGE A WAR AGAINST THE UNDYING

In the midst of that quest, you meet up with a mysterious, friendly vampire who leads you back to her family's home. At this point, you're given a choice: become a vampire lord, or head back to the Dawnguard and continue the fight against the undying.

This was "Dawnguard's" opportunity to set itself apart. You're deciding between two divergent forces - the perspective of the vampires and the Dawnguard. But as it happens, the difference between joining one side or the other is minimal. The main quest line plays out mostly the same either way, the only difference being your rewards. 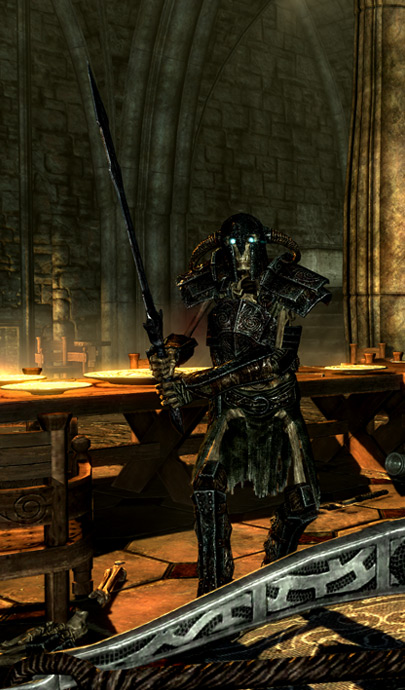 TJoining the Dawnguard rewards you with vampire-hunting equipment, including the aforementioned crossbow. But given the attention paid to it, the crossbow is disappointing - it feels like a carbon copy of a regular bow, with a slightly different firing mechanism. Why not make it something with an impact on the combat system, maybe letting you fire arrows in one hand while shooting off magic spells with the other?

Joining the vampires forces you to become a vampire lord, granting you new powers at the cost of new weaknesses in the light of day. Vampirism isn't new to Skyrim, but vampire lords are very different. 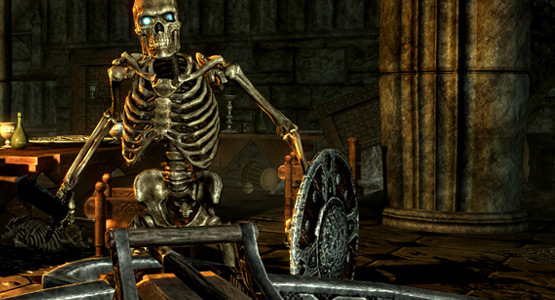 Shunning the Dawnguard allows you to transform into a hulking, winged monster with a range of powers, like the ability to raise the dead or drain life from enemies. Draining the life of living creatures makes your vampire form more powerful, earning new perks and abilities in this form - like the ability to slow down time or summon a gargoyle to fight for you.

But interface issues and a clunky user experience get in the way of a vampire lord's fun. "Dawnguard" freezes for a moment or two whenever transforming, and once transformed, you're forced into using Skyrim's clumsy third-person camera. The vampire lord's size takes up so much of the screen that lining up attacks and exploring low-ceilinged caverns are a chore.

CLUNKY TRANSFORMING GETS IN THE WAY OF THE VAMPIRE LORD FUN

Some of your unlocked vampire powers are only available buried in menus, forcing you to constantly pause the game. Powers can be added to Skyrim's favorites list, but none of these spells can be placed on your d-pad hotkeys. Even transforming back into a human requires a pause of the action.

Werewolves, also get a new perk tree, but the same clunkiness that plagues the vampire lord haunts the werewolf form, and the same awkward third-person camera is forced on the player whenever they want to transform. Less monstrously-inclined players are bound to be disappointed - "Dawnguard's" new abilities and perks are limited to vampires and werewolves. If you happen to find these alternate forms as unpleasant as I did, you'll be left using the same abilities you've always used.

With significant gameplay enhancements absent from "Dawnguard," I was left hoping that I could at least explore something new, something different from Skyrim's caverns, ice fields and rocky valleys. Tamriel is full of divergent continents, from the tree-laden home of the high elves in Summerset Isle to the desert of Hammerfell. But instead of the environmental variety that defined Bethesda's most successful content releases, "Dawnguard" offers more of what we've already seen. "Dawnguard's" main quest comprises around six or seven hours, about an hour or two of which looks and feels truly new, and this is where "Dawnguard" shines brightest. 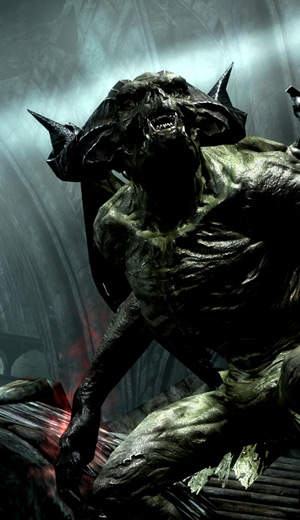 DAWNGUARD OFFERS MORE, BUT IT'S NOT ESPECIALLY MEMORABLE

Skyrim's basic gameplay, known for turning midnight into 4AM, remains solid, even after you pony up the $20 for "Dawnguard." On the off-chance you've exhausted Skyrim and you're fiending for more, "Dawnguard" can offer more.

But "more" doesn't equal "satisfying" or "memorable." "Dawnguard" isn't the journey to a strange realm that made "Shivering Isles" and "Point Lookout." It's not a break from the norm, it's a staycation. You're still in your apartment, doing the same things you always did, and once it's over, you'll feel like it was all pretty much a waste of time.