Piranha Bytes' Risen 2 is a buried treasure, provided you can find it without a map

The pirate's life we dream of as tots is one of swordfighting, owning a parrot, and stealing anything that isn't nailed down, and that's exactly what Risen 2: Dark Waters offers up: an entirely inaccurate (yet wholly entertaining) greatest hits of piracy. 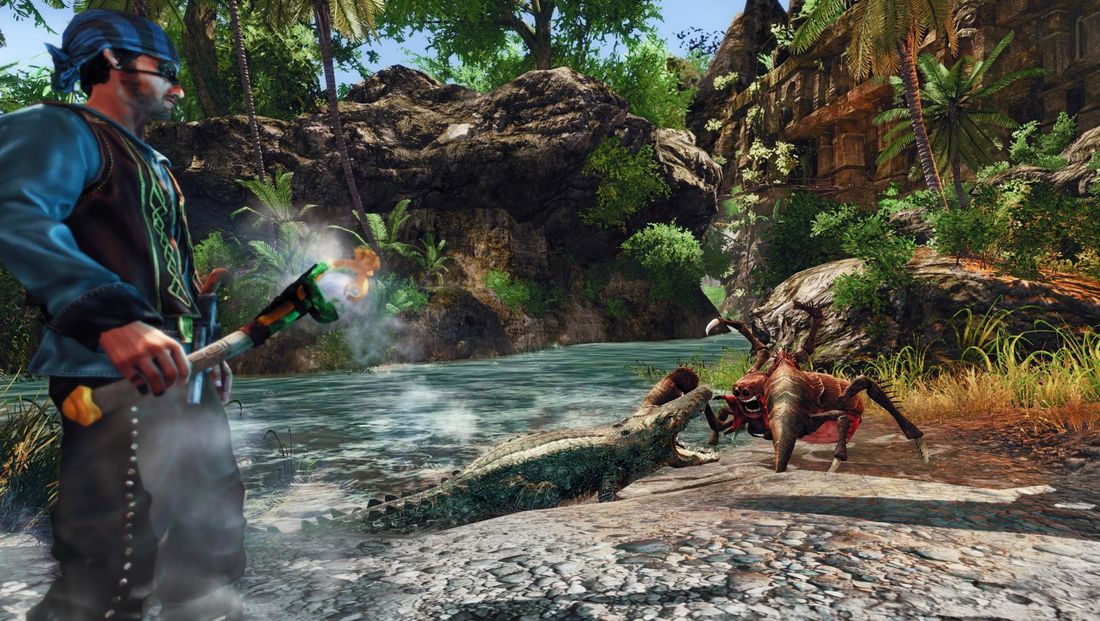 Risen 2 marks the return of the hero of Risen (The First), who still hasn't done enough heroic deeds to be granted a name, apparently. But let's not get bogged down in history. Let's assume neither of us played Risen. And neither of us researched it either. Just for goofs, let's say our awareness of Risen begins and ends with the fact that Risen 2 exists.

As said nameless hero of Risen 2, you work for "The Inquisition" who are the "good guys" except that they "hate pirates." They haven't had much time for pirate hating lately though — they're busy, tormented by a water Titan named Mara. Since you're the Inquisition's drunkest member, they set you up as an undercover pirate and tell you to find a way to safely travel the seas and (if it's not too much trouble) kill Mara.

These seemingly simple orders set Risey the Nameless Pirate on a journey that spans several gorgeously lush islands, thousands of leagues of beautifully-rendered ocean, and at least two dimensions.

Though you get across its semi open world via sea, you'll never be in direct control of a ship. Instead, Risen 2 leaves you firmly lodged in the boots of Risey as he collects the ancient weapons he'll need to stop Mara, befriends the ragtaggiest of ragtag crews and stabs an inconceivable number of giant crabs.

For every crab you kill — OK, you'll kill other stuff too — you'll gain experience that you can spend on skills like swordfighting, firearms, cunning, and toughness. Risen 2 gives you plenty of options. Want to punctuate your swordfighting with pistol fire? Want to keep your left hand free to throw dirt in your enemy's eyes? Want to forgo it all and stick to a shotgun? All are perfectly legitimate paths to battle your way to Mara. But the flexibility of Risen 2: Dark Waters's RPG elements is marred by a lack of clarity. 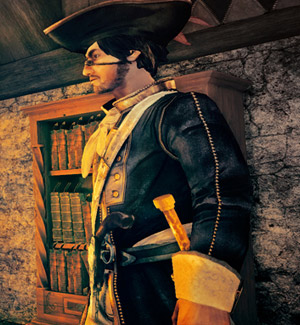 In a system that's perhaps one or two layers too complex, you can spend gold to further specialize in specific skills or weapons (like sabres or muskets). But that's provided you've already reached a certain level of proficiency in the area you're attempting to train, and that you can find one of the few people capable of teaching you the new skill.

The muddy leveling system is also made worse by Risen 2's habit of pushing the player into open water without so much as a life vest, assuming he or she will be able swim to shore. When compared to the learning curve of the oft-unforgiving Risen 2, most games are providing ship-to-beach jet ski rides from a handsome native who clues you in on the nicest local restaurants as you sip a freshly-made pina colada.

If you're anything like me, how much patience you'll have for Risen 2's unwillingness to handhold is going to vary wildly. At times, as when the initially simple stab/block swordfighting slowly evolves into a fairly rich system, the payoff was greater because I invested time into it.

At other times, I spent 45 minutes looking for one of exactly five vines to use as ropes to build a raft, even though I'd already walked past two actual god damned ropes I could have used.

There are also some wild difficulty spikes that had me running in circles, sucking down life-giving grog and taking whatever pot shots I could get off at too-tough enemies.

Often, the difficulty springs from enemy characters catching you in an animation loop, which would be more infuriating if using this quirk to your advantage weren't so often the secret to beating them. As it is, it feels cheap. 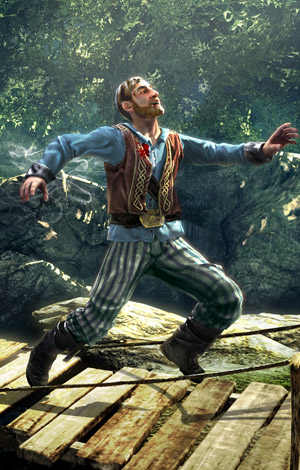 But Risen 2 always redeems itself with the little things about the pirate fantasy it nails. What other game lets you learn a skill called "'Nuff Said" that allows you to end the occasional conversation by pulling a pistol on your co-converser and sending them to Davy Jones' Locker? And listen, just between you and me ... you can get an attack parrot and a monkey that steals stuff.

Like a cardboard-sword wielding toddler knocking over his chocolate milk, it's tough to stay angry at Risen 2 when it's having this much fun playing pirates.