Over 15 million hours streamed online were consumed over the course of MLG's four pro championships this year, as shown in the infographic below, with its spring and fall tournaments the most-watched events in the league's history. By comparison, the 2011 season brought in 3.5 million unique viewers online. Over the last two years, total growth in online viewership rose 636 percent, and the program organizers expect the number to be even higher in 2013.

"MLG's 334 percent growth in live online audience this year surpasses growth demonstrated by traditional sports," said MLG CEO Sundance DiGiovanni. "This is a testament to the mainstream demand for competitive gaming and power of live streaming." 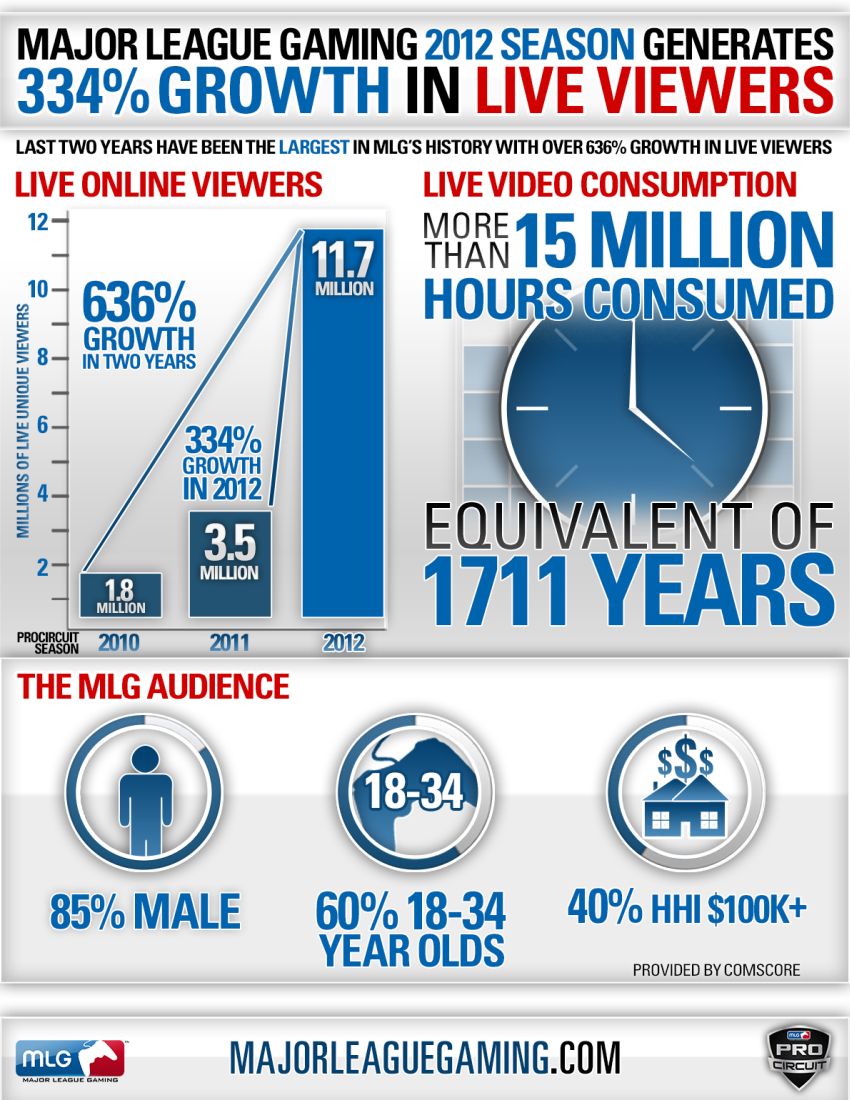