WayForward Technologies is not what many would define as an "indie" development studio. The dozens of games on the company's resume concern themselves with neither the injustice of American foreign policy nor the notion of longing in Nietzsche's Thus Spoke Zarathustra.

Rather, they include such blips on the cultural radar as Despicable Me The Game: Minion Mayhem (DS, 2010), The Scorpion King: Sword of Osiris (GBA, 2002) and WWF Betrayal (GBC, 2001). They are predominantly licensed properties — the company positioned itself as a "developer for hire" in 1997 — and the vast majority of them have been for Nintendo handheld consoles.

Despite its lengthy history, and largely because of its ostensibly antiseptic gameography, the studio has been overlooked by much of the industry. But in defiance of the battered egos such licensed projects often involve, the company has consistently made games that are far better than they should be. (For recent examples, see the reanimation of cultural dead horses BloodRayne: Betrayal (XBLA/PSN, 2011) and A Boy and his Blob (Wii, 2009)).

Arguably the company's two finest moments to date, however, have come from WayForward pulling the trigger on its own properties — Mighty Flip Champs (DS, 2009) and Mighty Switch Force! (3DS, 2011). A port of the latter will be one of the few Wii U launch titles not from Nintendo or a major third party, in the form of Mighty Switch Force: Hyper Drive Edition. 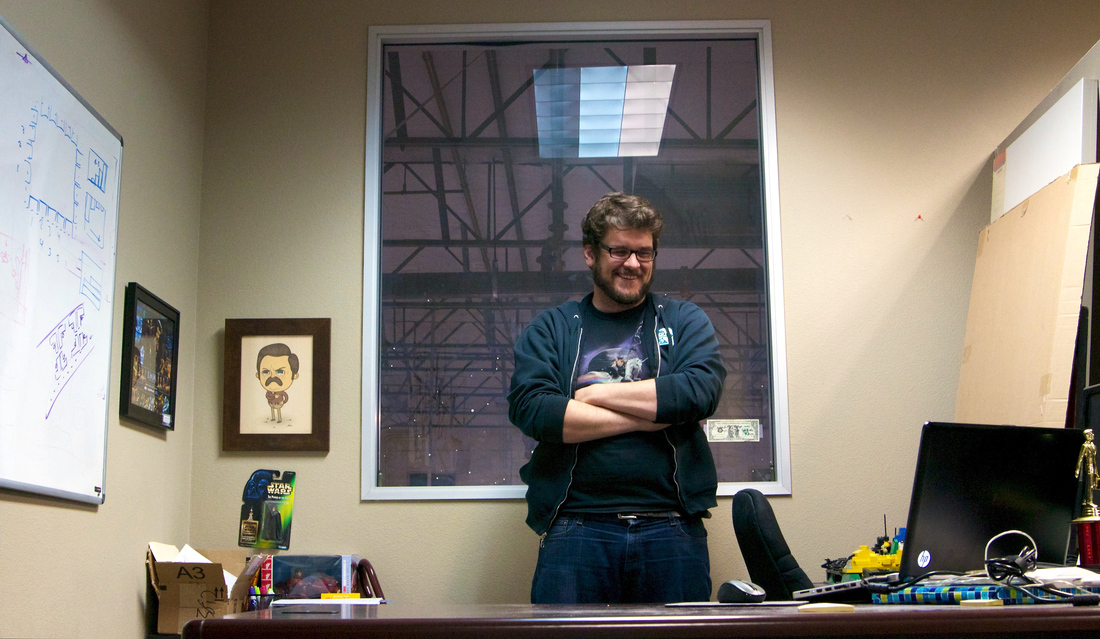 Will develop for money

Though less than an hour outside Los Angeles, Valencia's desolate, sun-baked sprawl of office parks and chain restaurants makes L.A. look like Machu Picchu. In the back corner of one of these office parks sits the studio's headquarters. I'm greeted there by Austin Ivansmith, who has spent his time at WayForward working in director and assistant director capacities on DS titles including Galactic Taz Ball, Thor: God of Thunder and Happy Feet 2, and most recently on Mighty Switch Force! (he's currently heading up the HD port).

"We do things like Barbie — we brought classic Castlevania mechanics to that."

"I don't think many people think of us as an 'indie' developer, because we do so much work for hire," says Ivansmith. "We put everything we have into our games, and we make games that we think rival really big productions for the consoles they're on. They end up being very ambitious, and not art house, smaller projects that you might see out of Thatgamecompany or other places."

Ivansmith explains that the studio leverages much of its work-for-hire knowledge and talent into its independent titles, but also into its licensed work. The directors of individual projects are given the reigns to make the games they envision, and every project receives countless assists from specialists on other projects. "We typically get reviews that say, 'I was expecting a pile of crap, and this was actually pretty fun,'" he says of the studio's track record. 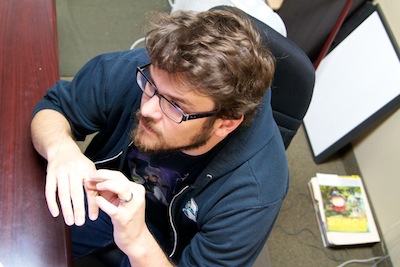 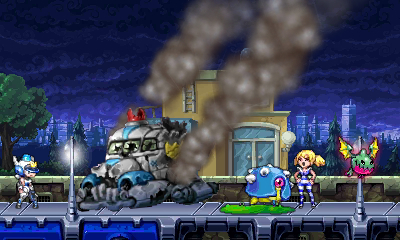 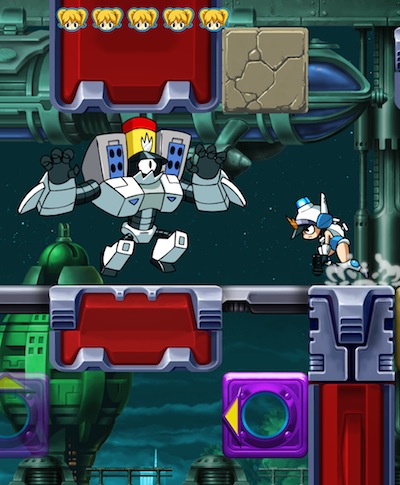 And it's no accident. "It's because our approach isn't, 'I hate my life; I wish I was working on a cool game, so I'm gonna quit and start my own company.' [Instead], we get handed a license and we say, 'What's something neat about this license?' Or, 'What's a game from the past that we can emulate?'" Think Indie Game: The Movie, except the polar opposite.

With the upcoming 3DS title Adventure Time: Hey Ice King! Why'd You Steal Our Garbage?!, the choice was made early on to emulate Nintendo classic Zelda II: The Adventure of Link. The result is a game that feels as if it's exactly what WayForward intended, and a fitting translation of the source material. "Obviously, that's an awesome license, but we do things like Barbie — we brought classic Castlevania mechanics to that," says Ivansmith. "We genuinely care about our projects, no matter what the license is — we put a lot of care and effort into them, and don't just look at them as, 'I can't believe I have to do this crappy game.' To us, every license is an opportunity.'"

In addition to working on desirable properties like Adventure Time, the studio's ability to churn out quality licensed fare has afforded it the opportunity to find its own voice with the Mighty series. Mighty Switch Force! was released on the Nintendo eShop for 3DS in late 2011, and quickly became one of the platform's more popular digital download titles.

It's a side-scrolling puzzle-platformer: You're a decidedly kawaii female cop chasing the evil Hooligan Sisters, five of whom must be collected on each stage in order to progress. On your head sits a siren helmet, which allows you to shift certain background blocks into the foreground 2D plane (in order for you to, say, jump on them), or back into the background when they present a barrier. It's a smart, simple mechanic, and one that also makes great use of the depth afforded by the lenticular 3DS screen. 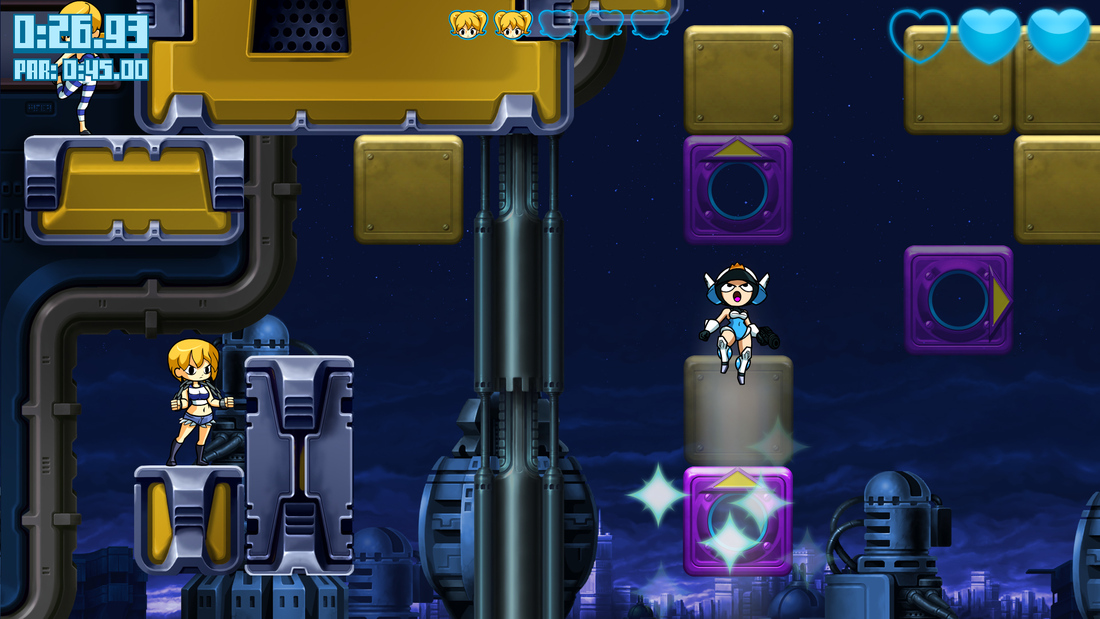 "We know a few tricks about how to make jumping, and attacking while jumping and a few other things mesh together seamlessly."

In bringing the game to Wii U, the decision was made to transform its pixelated, relatively lo-fi visuals into a package that took advantage of the Wii U's resolution and graphics processing. "The engine we used for the 3DS was pretty powerful, so instead of doing a tile-based game we opted to take our tiles and have full rastered images spanning the size of the playfield," says Ivansmith. In some cases, this resulted in Wii U images that were some 8,000 pixels wide, and for a number of levels, the images span more than 30,000 pixels. Adobe users will appreciate this feat: Beyond this size, Photoshop no longer supports certain file formats, so the artists had to save files out in TIFF format and convert them to PNG using a third-party solution. Indeed, out-pixeling Photoshop could be seen as an objective measure of success when implementing "HD graphics" into your game.

The Wii U port will also include alternate, more difficult "Hyper" versions of each of the game's original 21 levels. "With the original 3DS version we wanted anyone and everyone to be able to complete [all of] the incidents," says Ivansmith.

WayForward's owner, the impossibly-named Voldi Way, is self-avowedly "horrible at video games," and the team's goal was to create a game that the owner himself could beat. "We spent days going over the final stage alone, and cut a decent number of block arrangements and spikes to make the game easier," says Ivansmith. Perhaps unsurprisingly, the consequence was that Mighty Switch Force! was dinged in many reviews for being too easy.

The missing difficulty drove the decision to release the new version's Hyper stages; in many cases, designers (including Ivansmith) were forced to nix puzzles that no one ever got to see. "As a level designer, it was hard to 'kill my darlings' the first time around," he says. The Hyper stages are spiritual successors to the stages they're based on: familiar, but not identical. Additionally, the game's soundtrack by composer Jake Kaufman has been remixed for the Hyper stages as well. "If you're going to be a completionist and beat every single level that's in this game, you're going to be a very talented Switch Force player," says Ivansmith. "I no longer have to run this game past our owner; if he can't beat the level, I feel like I've done my job." 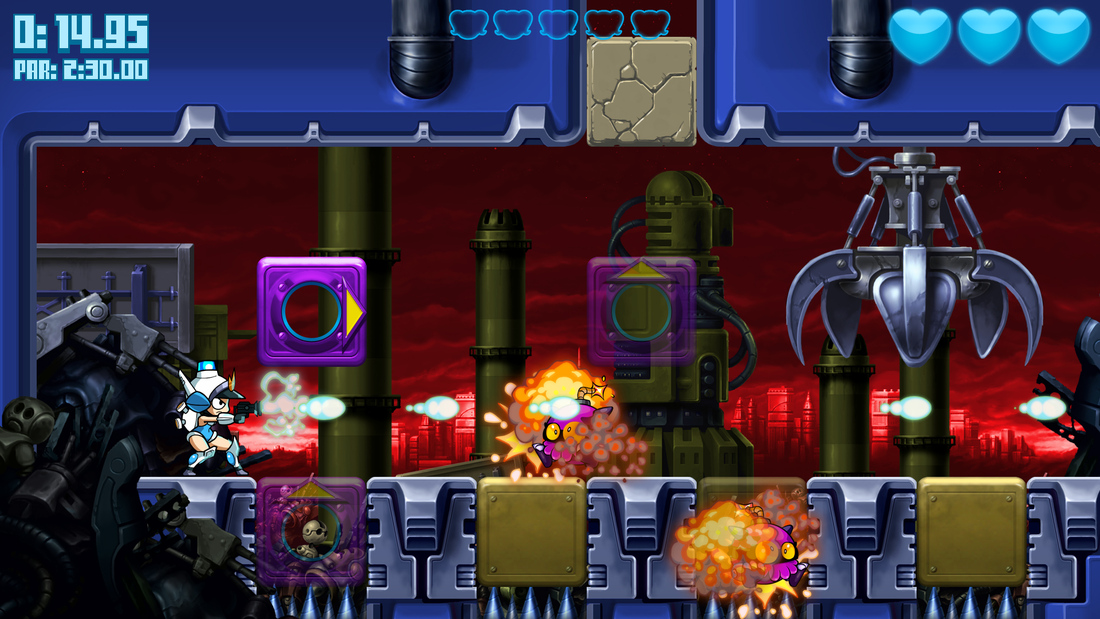 The studio's seeming allegiance to Nintendo hardware has been no accident. "We really like Nintendo — there's just something about our vibe and the games we make that just gels with the Nintendo fanbase and the community," says Ivansmith of the relationship. He says that WayForward has on many occasions been mistakenly identified as a Japanese studio, particularly after releasing its pitch-perfect DS title for Konami, Contra 4.

"There are a lot of games that people are making now where they throw on a couple of pixel shaders and a chiptunes soundtrack and call it retro," he says. "Our games are more than the sum of their parts; our bread and butter is side-scrolling platformers, and I think we have a great foundation for how to make a strong side-scrolling platformers with really accurate controls and collision."

Ivansmith goes on to explain that such details can be easily overlooked when one is trying to systematically decipher how these sorts of games are made, or when the technology doesn't particularly lend itself to making them (collision boxes in most modern engines, for instance, are not designed for platformer gameplay). "We know a few tricks about how to make jumping, and attacking while jumping and a few other things mesh together seamlessly so that it becomes second nature. Without thinking about it, it feels retro — it feels like something that just works." He cites the eternal wisdom of culinary scientist Alton Brown: "I call it the salt in the ice cream — you don't notice it's there, but if it wasn't it would taste weird and you wouldn't know why." 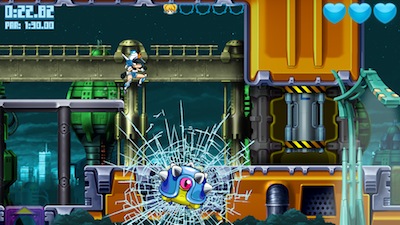 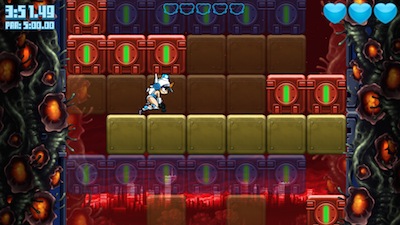 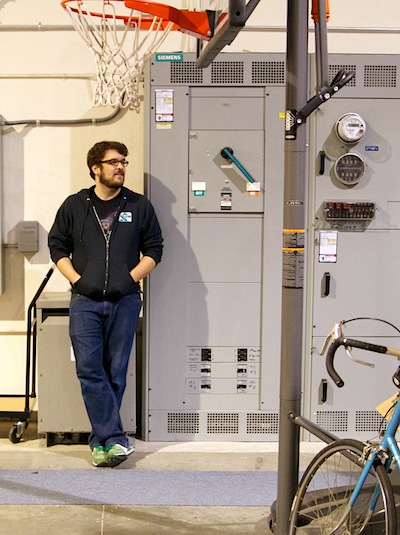 For Ivansmith, Mighty Switch Force HD is yet another opportunity to apply the principle of flow to the front-to-back experience of the game. "Creativity crosses disciplines," he says, citing a lifelong passion for music as instructive in this regard. "I love listening to an album front-to-back, and you always want a good flow of songs. I think a good game will do that, too — how it eases you in and out, and changes things up. I try to do that with whatever we do, and I'd like to think I did that with the original MSF."

With the original Switch Force release, the team placed great emphasis on making the "optimal path" through a level feel right. "Some of the levels actually began as individual puzzle sections, with no real connection from puzzle to puzzle," he says. "Sometimes there was too much ground to cover between them, and sometimes the puzzles were so close they felt like they were part of the same section of the level. What we ultimately did was try to find a harmony and cadence, where rooms would share a similar size to each other, and the length of time a player had to run to reach something never felt artificially elongated."

If you were to stack them side by side, he says you'd see that there are three kinds of levels in the game: The action levels (horizontal, lots of jumping and shooting), the scavenger hunt levels (you'll start in the center, and the girls are hidden in one of five directions) and "snake-shaped" levels, with one path that intertwines within them. And this principle of flow applies on a micro level as well: When he's visualizing a character — whether it's an idea for a movie, animation or video game — Ivansmith says he's always picturing their flow through a scene or environment. "It probably comes from a long love of action films and choreography, and helped inspire me to want to be an animator when I was a teenager, but I didn't know it would also be a part of how I approach other things."

Where so many studios attempt to lunge ever closer to the industry limelight, WayForward continues to tread carefully. The Wii U launch of Mighty Switch Force HD is a relatively bold step for the company, and though he can't name names just yet, Ivansmith says the studio will soon be announcing some "exciting" new projects that might appear further afield from its usual course. Some 22 years into its existence, the company continues to chart its trajectory forward via the road less traveled and the long way home.