New Super Mario Bros. U is where the series would have gone if 3D had never happened

Review and information for New Super Mario Bros. U

For as much flak as Nintendo catches for relying too heavily on nostalgia, New Super Mario Bros. U is the first Mario game in 20 years that actively builds on its past.

Fans went crazy over the old-school 2D look of the New Super Mario Bros games on the DS and Wii. But the straightforward level design, low difficulty and introduction of co-op gameplay benefited a newer, less Mario-savvy audience.

New Super Mario Bros. U still has the co-op and a few other newcomer-friendly additions, but it's the first game to pick up where Super Mario World on the SNES left off. It's full of challenging levels with complex design, tons of secrets and tiny control tweaks built around rewarding skilled play.

It all starts with the world map.

New Super Mario Bros. U sprawls the entire Mushroom Kingdom out onto one big map, rather than a series of linear levels or smaller maps split up by zone as seen in previous New Super Mario Bros. games. The impact from this change is hard to spot initially, as the first few of the game's eight themed worlds seem to have simple levels.

But by the third or fourth world, I stumbled across my first hidden exit, and New Super Mario Bros U's depth was revealed. Levels that appear to be straightforward, left-to-right scrolling stages — even those early ones — have branches that lead to rooms full of coins, bonus power-ups or even whole extra levels. And they're hidden in devious ways, including fake walls that turn transparent when Mario runs behind them. 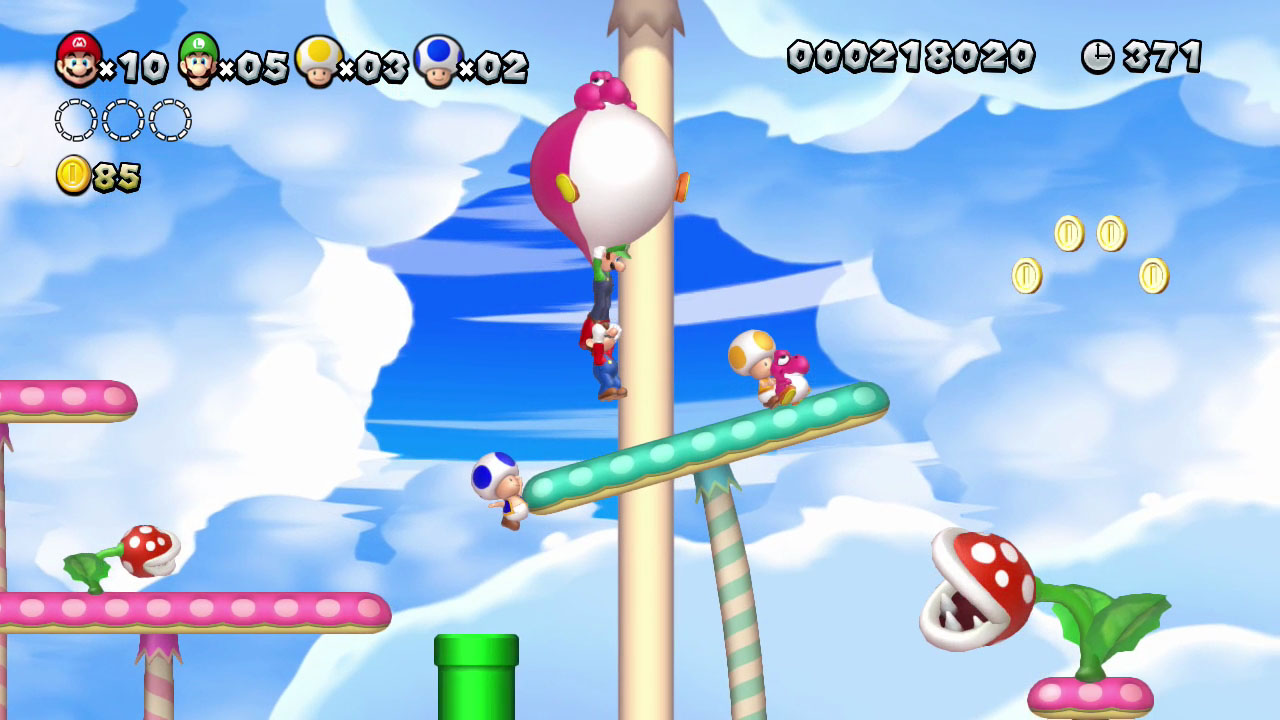 This revelation had me skipping back to previously conquered levels and crawling over every inch searching for secrets. Exploration is rewarded with the kind of tricks that I remember sharing with friends at school growing up. Mario games have always had secrets, but they haven't given me that feeling in a long time. Hidden exits in particular make New Super Mario Bros. U's levels worthy of replay rather than just one-off challenges. 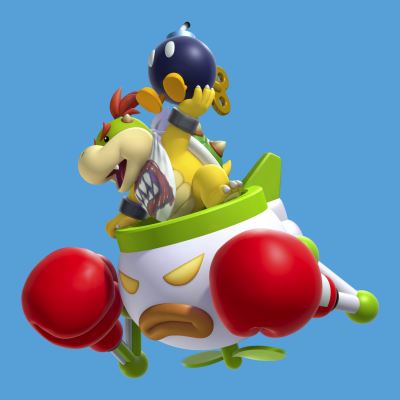 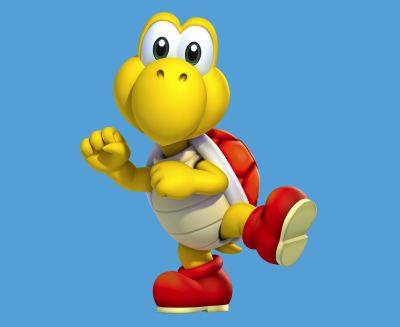 Even if you take the most direct route through the game, New Super Mario Bros. U will likely last you a while. Early worlds are a breeze, but the back half of the game has some of the most difficult 2D Mario levels Nintendo's ever designed. The difficulty can make long sessions frustrating, but for the most part it works to make each level feel like a satisfying learning experience where I was pushed to be a better player by the time I reached the goal.

Almost every level has its own unique gimmick, the majority of which never repeat once through the game's dozens of stages. One level traps you inside of a slowly rotating rectangle that you'll have to navigate while avoiding ghosts and other deadly obstacles. In another, Mario has to bounce along on a centipede's back as the creature marches through poisonous swamp water that means instant death. Nintendo tosses out these imaginative ideas often, with a speed more in line with the brilliance of Super Mario Galaxy than the stodgy, traditional level design of previous New Super Mario Bros. games. 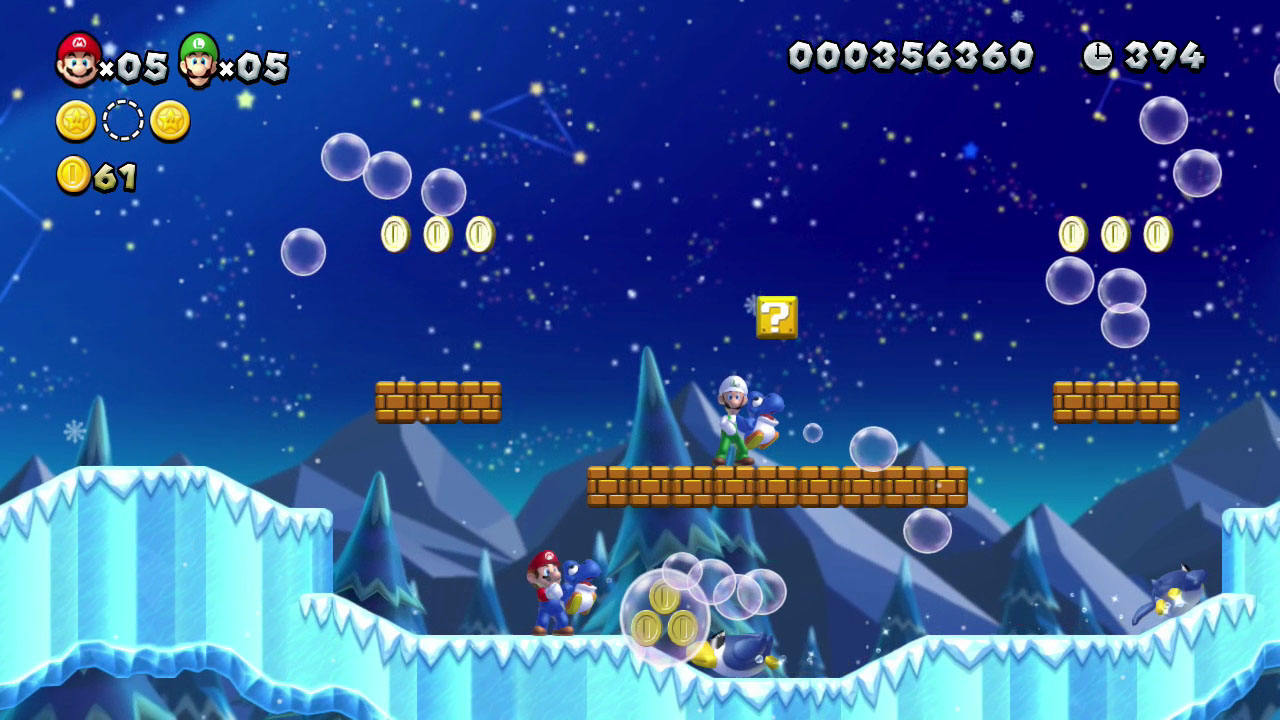 Core gameplay also has some important (if less obvious) tweaks. Mario's still hopping and bopping across stages, eating mushrooms to grow big (or small), gathering coins and losing power-ups when you get hit by an enemy. The spin move added in New Super Mario Bros. Wii returns, which adds a tiny bit of distance to Mario's jumps. Where the spin was previously activated by shaking the Wiimote, which added a murderous delay to actually pulling the move off, it's now used by tapping any of the shoulder buttons on the GamePad. The move to a dedicated button makes it a viable strategy that adds to your platforming options and serves as an emergency button if you slightly mistime your jump.

It sounds small, but the extra second of air time provided by the spin had me rethinking how I play Mario. Just out-of-reach ledges were now accessible. A badly planned jump right on top of a spike could be salvaged. I found myself more willing to take risks, to hold down the run button and leap toward the right side of the screen uncertain of what awaited me. The newly reliable spin move is a lifesaver that adds significantly to Mario's range of movement.

Cooperative play doesn't fare as well in the transition to the WiiU. New Super Mario Bros. U's couch co-op supports up to four players, but everyone has to use Wiimotes. An additional player can use the GamePad, but only to place blocks on the screen for other players to jump on (or to get in their way) — GamePad players can't control a character directly. It's a strange limitation and — on top of levels that are already hard enough without three friends taking up screen space — one more reason that I preferred single-player.

Outside of New Super Mario Bros. U's "story mode" — so-called despite its lack of any real narrative — there's still a hefty chunk of content remaining in challenge mode. Challenge mode forces you to learn and practice advanced techniques, with multiple medals to obtain for each challenge. New challenges are unlocked quickly, and New Super Mario Bros. U even saves replays of your best run in each challenge, allowing you to show off when you've mastered a particularly tough goal. Challenge mode provides a lot of fun but also serves as a great learning tool for a game that expects a lot of skill. It's a smart, natural addition to the series. 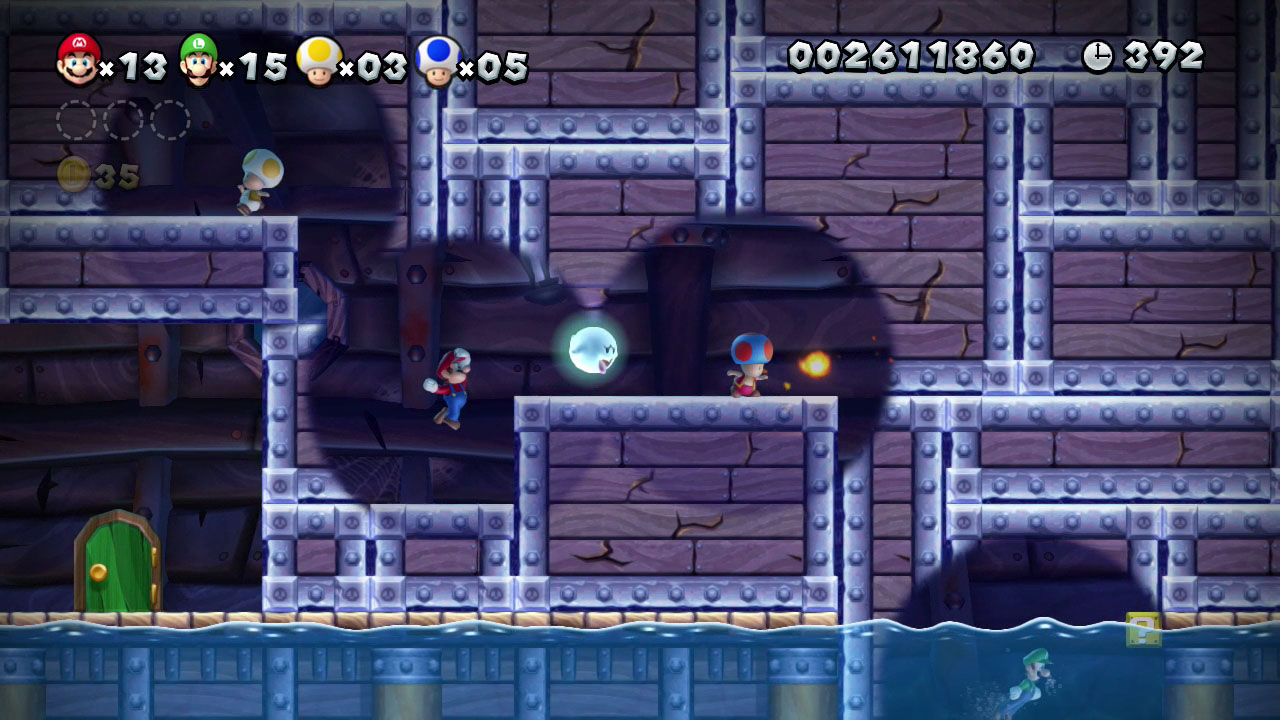 New Super Mario Bros. U is where the series would have gone if 3D had never happened

Our review of New Super Mario Bros. U 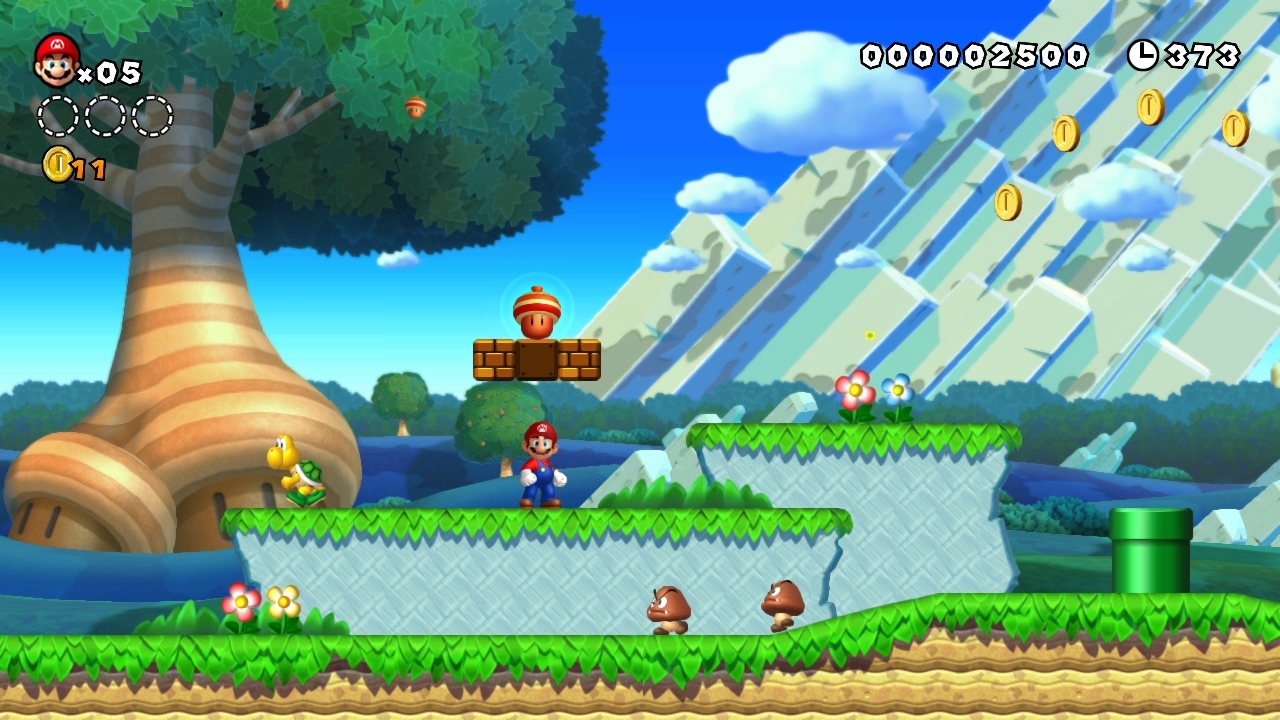